In 2020, speaking ahead of his two-year anniversary since joining Crystal Palace, Dean Kiely reflected with the Palace programme on a career in coaching, the attributes of management and the character of south London’s men between the sticks.

Now, having been appointed goalkeeper coach for the Republic of Ireland alongside his role at Palace, we've republished the interview in full.

Take the time to watch and there’s something quite rhythmic about goalkeeper training: the steady thud of a kick and slap of a catch over and over again. It’s cyclical, repetitive and compelling.

Dean Kiely, reminiscent of goalkeeping legend Lev Yashin in his all-black kit, will stand in an otherwise empty area, half-volleying balls into the latex palms of his shot stopping trefoil. It happens time after time after time.

Then the trampoline comes out.

“We’re always out a little earlier,” Kiely explains. “We have a little game of head tennis, spikeball or handball and it’s competitive. There are winners and losers; people are annoyed when they lose, people are elated when they win.

“But the fact they come knocking on my door in the morning saying: ‘What time are we going out? Can we go out early?’ is probably a sign they enjoy that.”

At football's elite level, enjoyment is secondary to fulfilment and Kiely ensures his ‘keepers’ careers are shaped in the best way possible under the former Republic of Ireland gloveman.

Arriving for work at 8am, Kiely has three hours to prepare himself and his sessions before training begins at 11 or, for the ‘keepers, something closer to half past 10.

Kiely elaborates: “The main ingredient for me, my role and responsibilities is I provide the framework of training, the environment. It’s down to me to make it positive in that respect and then the three senior goalkeepers I have, it’s their responsibility to come and give their best and really commit to everything we’re doing. 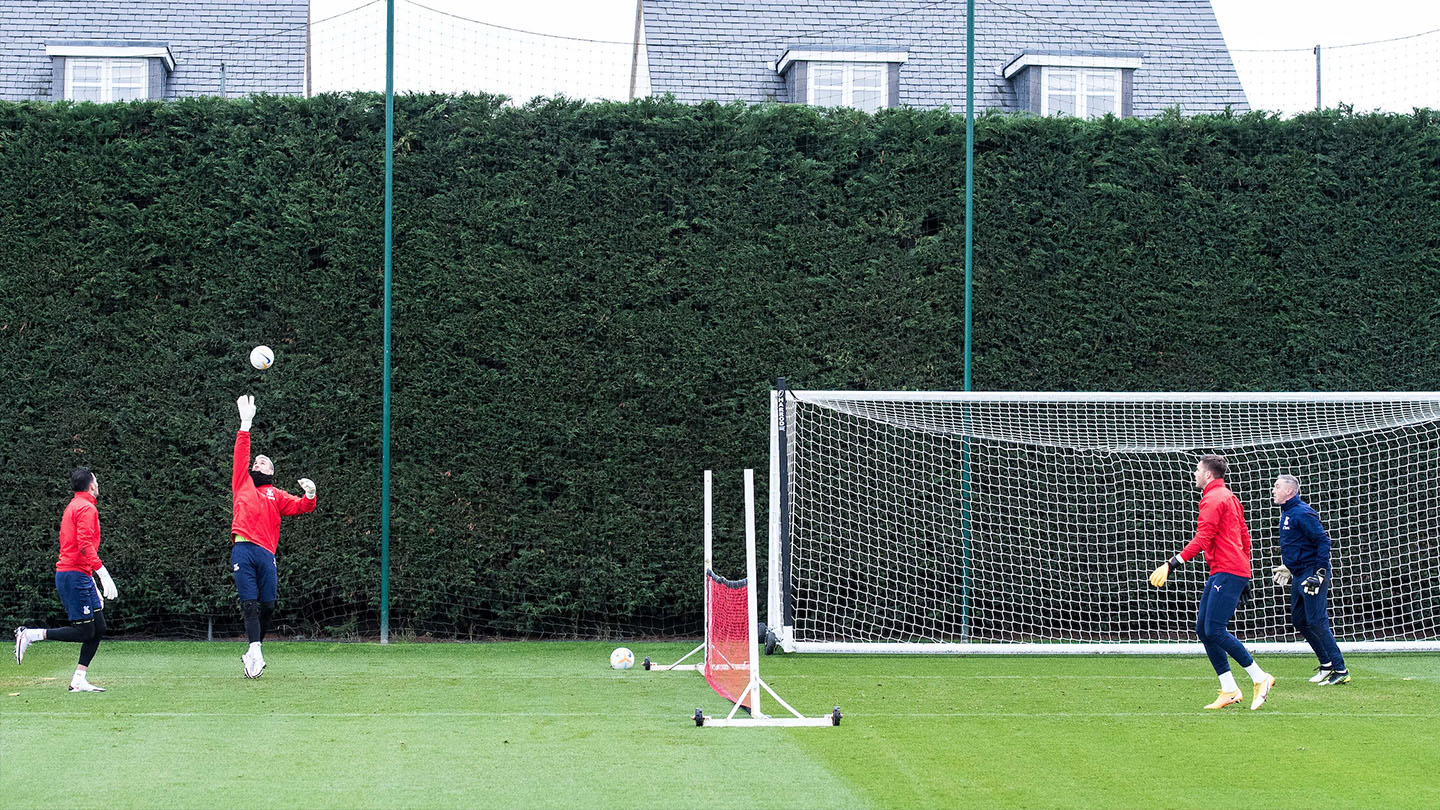 “There needs to be healthy competition. Whoever’s playing in the team needs to look in the rear-view mirror and see two other very competent goalies working extremely hard to try and get in the team.

“We’re all the same, we’re all working for the same club. I think it’s critical they work extremely hard but there’s a sort of healthy respect.”

Speaking on his journey to Southampton just one day before Vicente Guaita pulled off a string of saves that earned Crystal Palace a well-fought point, Kiely talks with authority on the art of goalkeeping and how that transmits itself into training.

He has every right to, too, having played 759 competitive games of football between the sticks, represented his country on multiple occasions and worked in coaching for over 10 years.

Today, it is over three years since the club announced Kiely’s arrival, and now the 50-year-old reflects on his career after hanging up the gloves, explaining just how he made the switch from player to coach at West Bromwich Albion.

“It was the best transition ever. The opportunity to become a player/coach probably came a year too early but it was an opportunity I thought I couldn’t really pass up. I did it, combined the coaching with being sat on the bench as the No.2 goalkeeper and looking after the senior goalkeepers.

“I learnt lots because as a player you just put your blinkers on and take care of yourself and stay in the best shape you can to play in the team. But as a coach you have other goalkeepers under your duty of care and there are other factors which you’ve got to look out for.

One significant moment in Kiely’s early coaching career came when the man who appointed him, Roberto Di Matteo, departed the Baggies to be replaced by Roy Hodgson. It was Kiely’s first managerial change as a member of staff.

“Dan Ashworth was the Director of Football and he promoted a pyramid system which meant everybody that works at the football club was handpicked by West Brom to work in that sort of structure.

“Then when a manager left, the pyramid and main nucleus of the staff stayed intact and the new manager came in with one other - an assistant. Everybody else carried on and did their jobs.

“That’s how Roy came in and thereafter that’s how managers came in and out. For me, it worked great. To have an opportunity to work with Roy Hodgson and have all his experience and learn off him and sort of see how it was done was great for me.

“I was at West Brom and worked under different managers but certainly Roy was top, top draw in terms of he was happy to help you develop as a coach and I learnt a lot.

“It’s a process that doesn’t take long because the manager comes in and communicates very, very openly what he expects, what he demands from players, staff, all those sort of things. We then as staff work accordingly and work extremely hard to try and produce that.” 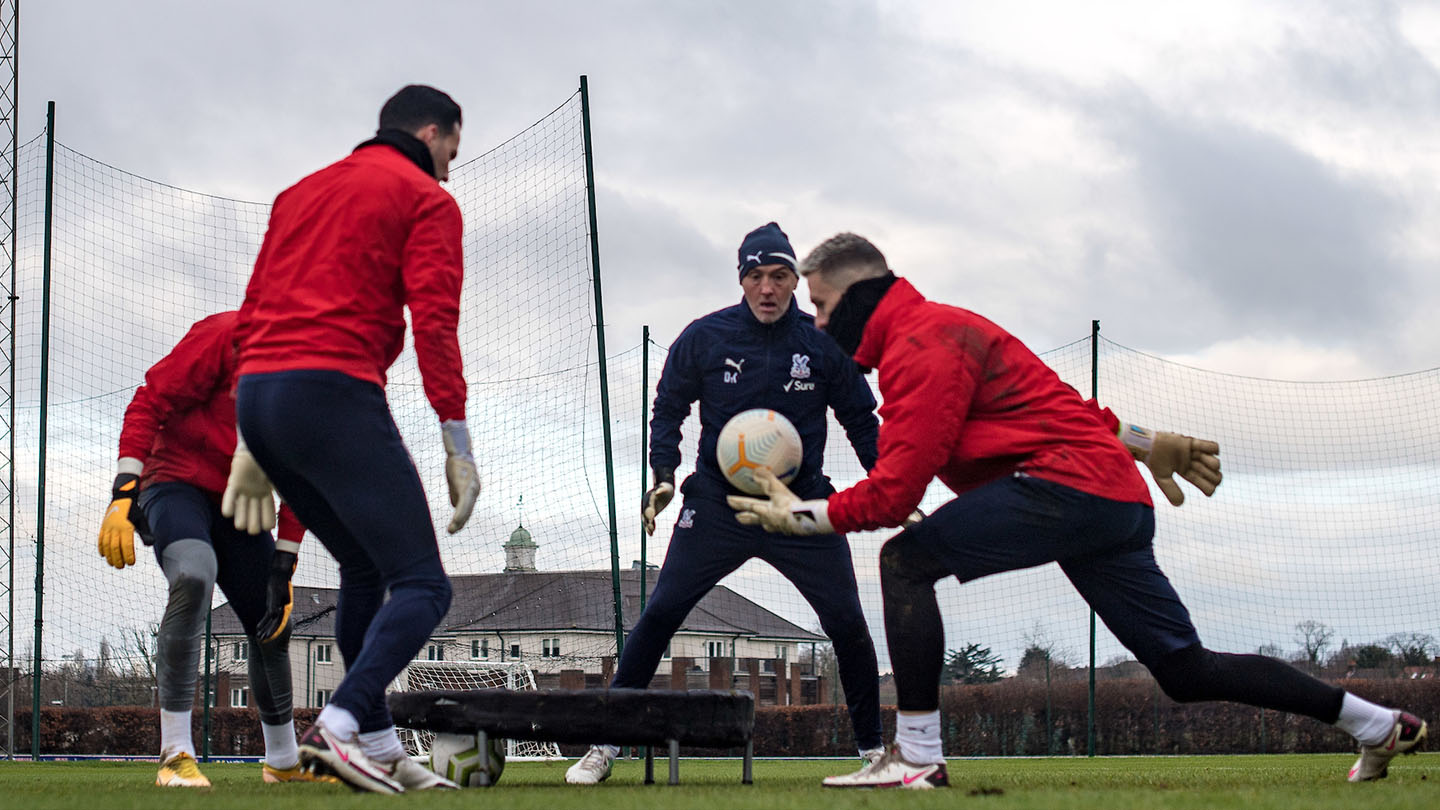 Continually looking to shape and develop his coaching further, Kiely discusses cherry-picking the best attributes of a manager’s style. With Hodgson, who hauled West Brom to their highest league finish in 30 years and then higher still the next season, Kiely had plenty to take on board.

“I’m quite straightforward. I want to get it done, I want to work extremely hard and for my work to contribute in some way, shape or form to the football club doing well.

“So when your manager comes in and says: ‘Right, I want to work on A, B and C regarding Saturday’s game,’ or all those sorts of bits are, for me, really eye-catching.”

Both Hodgson and Kiely entered coaching on the back of footballing careers of varying success. For many players today, staying in football after retirement is an attractive career move, but it doesn’t suit them all.

At Palace, Kiely reveals, two of the team’s three shot stoppers have one eye on making the switch a few years down the line.

“What’s interesting is Wayne Hennessey is currently in and around with the Welsh FA in terms of doing his coaching badge,” Kiely says. “It’s something he speaks enthusiastically about. He’s obviously got that in the long-term future; that’s something he will do.

“And Stephen Henderson similarly, he’s taking his badges with the FAI in Ireland. Again, we’ve had conversations, he’s always asking questions: ‘Why this session? Does this work? Does that work?’ Again, that’s healthy and positive.

“I think those two have asked the questions and enrolled on the courses and I see them as professional coaches, definitely. They certainly have the right traits and temperaments.”

But one name hasn’t yet come up in a lengthy conversation with Crystal Palace’s goalkeeping coach and it’s time for that to change. At the time of speaking, Vicente Guaita was named the club’s Player of the Month for December 2019 after receiving three Man of the Match awards from six appearances.

Now, the sprightly Spaniard has fast become a fan favourite, with many referring to the No.31 as south London’s finest shot stopper since Nigel Martyn.

Turning his attention to last summer’s astute signing, Kiely praises an individual dedicated both on and off the pitch.

He says: “With the language initially for Vicente that was a challenge but he’s embraced it and he’s been really good. Julian [Speroni] helped. He was that foil between. For me, the credit for overcoming it [the language barrier] goes to Vicente because he’s taken his English lessons, learnt the language, thrown himself in and done it well.

“Then also playing in La Liga and the Premier League, they’re both top, top leagues. There will be slight differences that you have to adapt to and I have to say Vicente’s adapted well to it and quickly.

“Initially when a foreign goalkeeper comes in there are a few more factors: the language, settling his family in. That’s not down to me. Someone like [Player Liaison Officer] Danny Young does all the logistics in that respect.

“Any goalkeeper will play their best football when they’re comfortable and what I mean by that is that everything else is taken care of. All they have to do is turn up, put some kit on, put some boots and gloves on and let’s crack on.”