Today marks 25 years since Crystal Palace proudly opened the Holmesdale Road stand to the public, with the iconic, soaring structure replacing the terracing which stood before it on August 26th, 1995.

Saturday's opposition Charlton Athletic were the side Palace took on that day 25 years ago, with the Eagles and Addicks locked in a 1-1 draw. Failing to read the script, now Charlton manager Lee Bowyer netted the first goal in front of the Holmesdale as he bagged after 20 minutes. Fortunately, saving face for Palace, Bruce Dyer then struck into the same net to equalise in the second-half.

But Charlton were never supposed to be the Eagles' guests for the Holmesdale's opening, with it initially scheduled to host Barnsley on the first day of the season. The stand could not pass the required safety tests by that time, however, and so the club dispersed its 4,500 new Season Ticket holders across the rest of Selhurst Park.

By August 26th, the £5.5m structure was ready for use and welcomed fans in its 8,300 seats - with balloons released to mark the occasion and Chairman Ron Noades cutting a ceremonial ribbon alongside manager Steve Coppell. The stand was officially opened by its contractors the week before as Noades cracked a bottle of champagne against it, but wouldn't welcome the public until former Selhurst residents Charlton returned to SE25.

Noades financed the stand through long-term Season Ticket sales of £1.3m, a 10-year bank loan of £1.5m and a grant from the Football Trust of £2m. In an open message in a commemorative matchday programme titled 'The New Beginning', Noades said:

"A long time ago, in the mid-eighties, I made long term plans for the development of Selhurst Park to provide a 40,000 capacity stadium because I believed that only clubs with these type of facilities would be able to survive at the top level of football in this country... 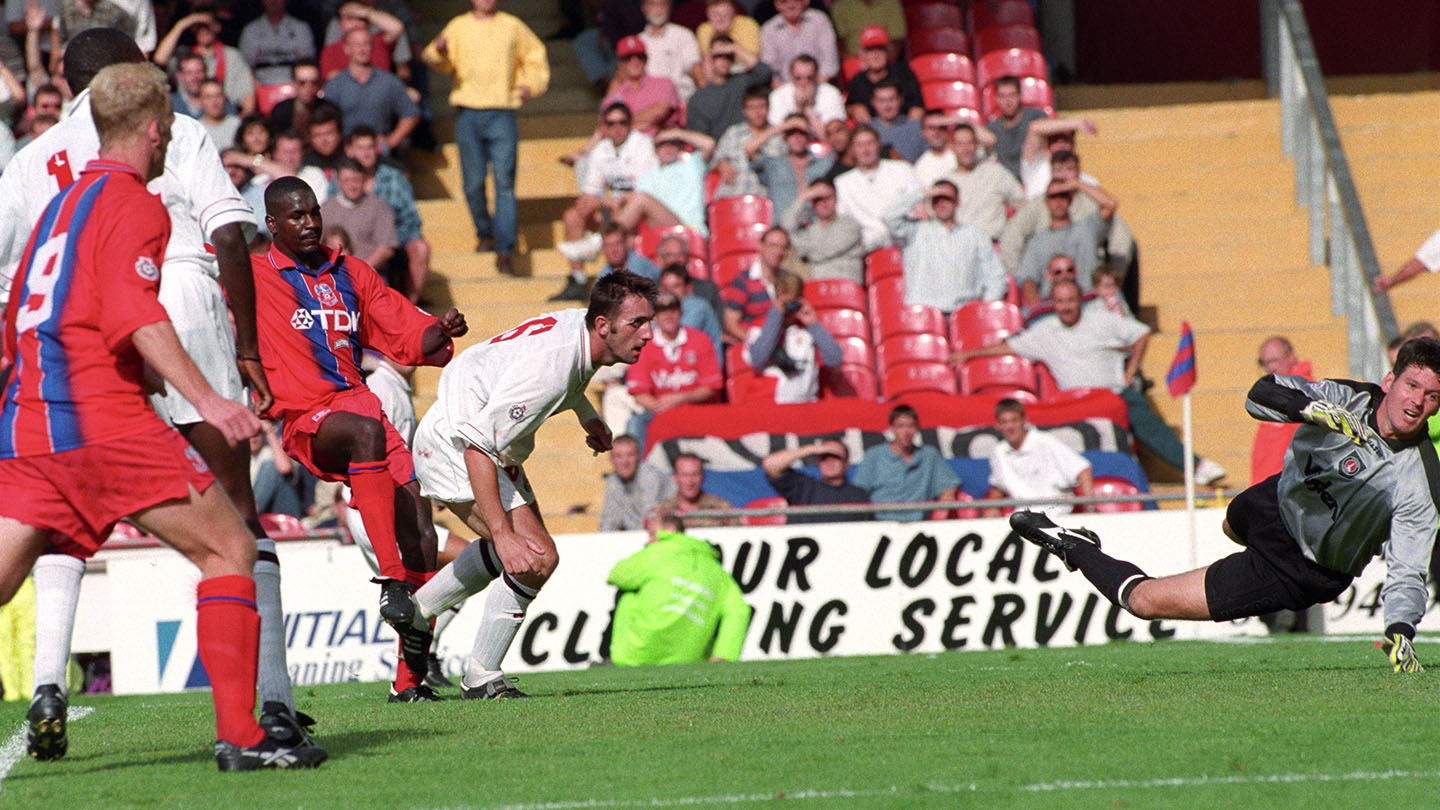 "It may not be achieved in my lifetime or yours, but it is long term planning with vision. I hope you agree with me when I say that it can be a major asset to our Borough."

Since '95, the Holmesdale stand has become an iconic part of the club's identity, with its towering roof being seen across Croydon and its surrounding boroughs and the die-hard supporters it houses becoming renowned for the unique atmosphere they create and sustain.

With plans for a new Main Stand approved in 2018, Crystal Palace continues to look to the future with Selhurst Park.

READ NEXT: Crystal Palace's key dates for your diary over the next 9 months