July, 1995. David Hopkin was on holiday with his wife and two children in Cornwall and, 250 miles away, Ruud Gullit was agreeing terms with Chelsea. Hopkin had begun to establish himself with the Blues, but the Dutch legend’s move to England would spark the end of his time in the Chelsea midfield.

Hopkins’ agent, Phil Morrison, phoned him up. Chelsea had agreed an £800,000 deal with the recently relegated Crystal Palace.

A few weeks before, Hopkin had given Richard Shaw and Darren Patterson a “torrid” time in a pre-season Reserve match. Chelsea Academy coach and ex-Eagle Peter Nicholas spoke to Palace. “‘You need to go and sign him,’” he said.

Chelsea manager Glenn Hoddle was next to call the holidaying midfielder. 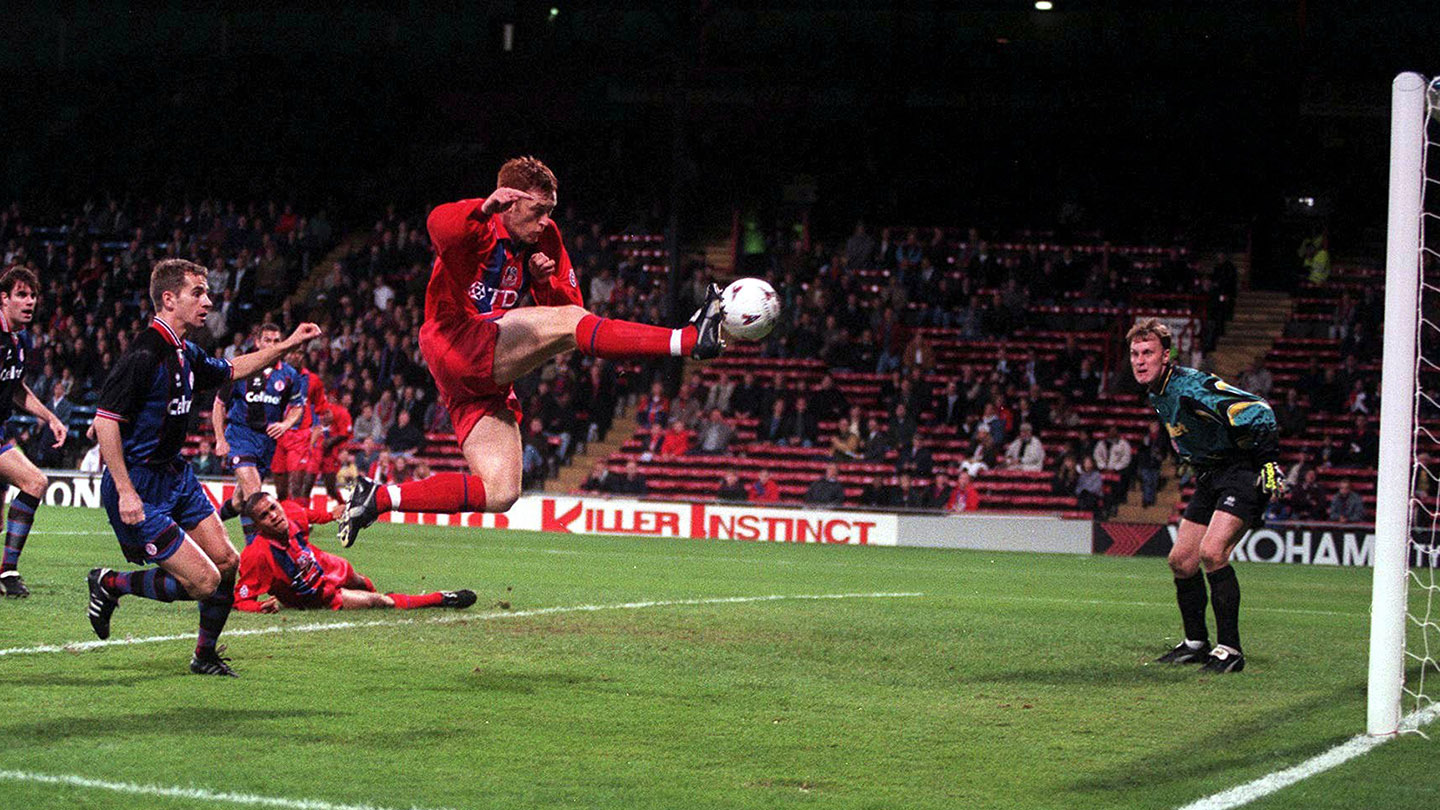 “‘Look,’” he told Hopkin, “‘we’re signing Ruud Gullit. We need the money. There are no other young players at the club who we can get a signing-on fee from for his wages. I think it’ll be a fantastic move for you, you’ll go there and play regular football. It’s a step back towards playing in the Premier League.’”

A slightly surprised Hopkin listened, and, 25 years later, admits that Hoddle was right - though neither could have predicted just how accurate the former England star would be.

Because, less than two years after Gullit pushed Hopkin from south-west London, the Palace midfielder would score one of the finest goals in Palace history to secure their emphatic return to the top flight. Hoddle’s prediction rang profoundly true. 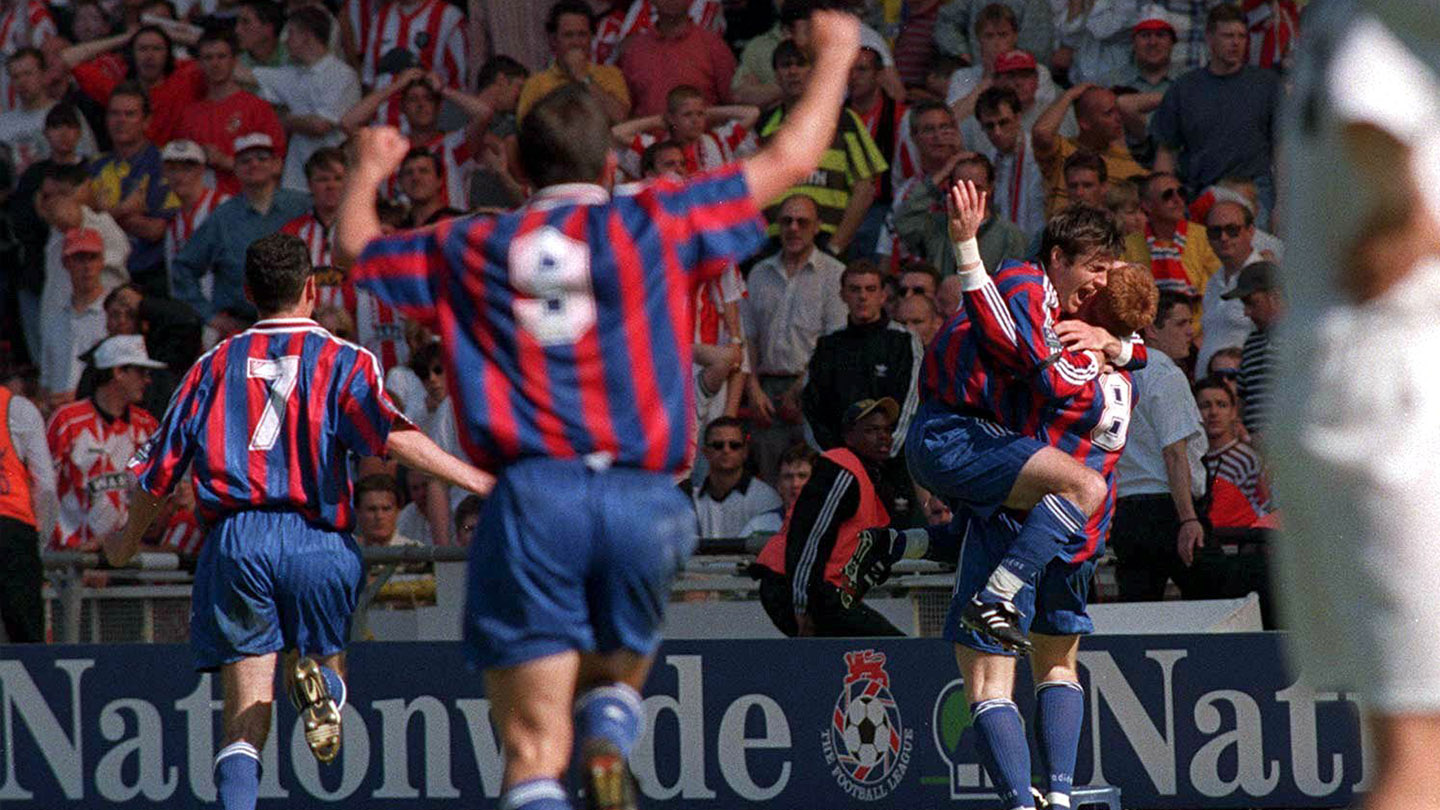 After Hopkin’s break, Morrison and Hoddle’s phone calls and Gullit’s arrival in London, Steve Coppell and Ron Noades invited their prospective new signing for a meeting.

Hopkin remembers the day well: “As soon as I met Ron Noades and Steve Coppell, it sold the club to me. I remember watching the [1990] FA Cup final and seeing Steve on the touchline and then I was meeting him. He had a fantastic aura about him and so did Ron Noades… I had nothing but admiration for them: how calm they were, how professional they were.

“Within about an hour, I’d signed a deal and moved to Palace.”

Hopkin enjoyed a strong start to life in south London, netting 12 crucial goals in Palace’s ‘season of two halves’: 1995/96. When Coppell departed as Palace sat 16th in the campaign’s midpoint, the players were “gutted,” but Dave Bassett’s arrival signalled a remarkable change in fortune and led the Eagles to a third-place finish and a spot in the 1996 play-offs.

Hopkin, who Bassett had trialled years before at Sheffield United, explains what happened:

“When Dave came in and Steve moved on, he just kept the club going and was very positive. 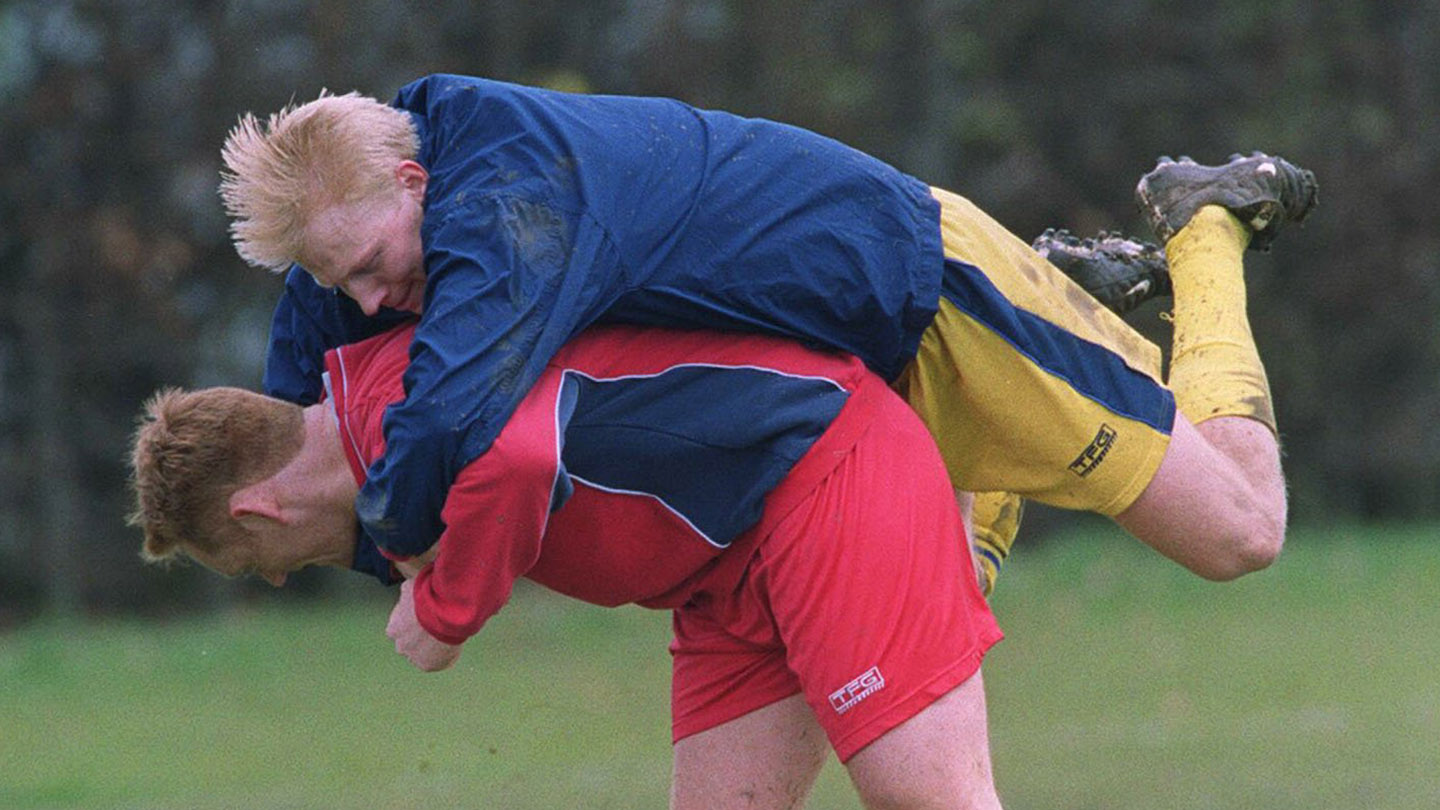 “We had fantastic coaching staff and Dave, when he came in, realised that and didn’t change too much. He let Ray Lewington continue the coaching. Dave’s man-management skills, passion and eye for a player made it another great combination.

“Ray was just fantastic. He made me the player I was. His coaching sessions were miles ahead of his time, even when I look back now. The small details he’d tell you that made you a better player and just the confidence he gave every young player. I knew even then he was going to have longevity in his career.

“I met him last year when I was [managing] at Bradford City and we trained at Palace’s Training Ground. I met up with Ray and Roy [Hodgson] and Dougie Freedman, so it was great to see him again. He’s an absolute gem of a man and he’s a person I hold in the highest of regards. 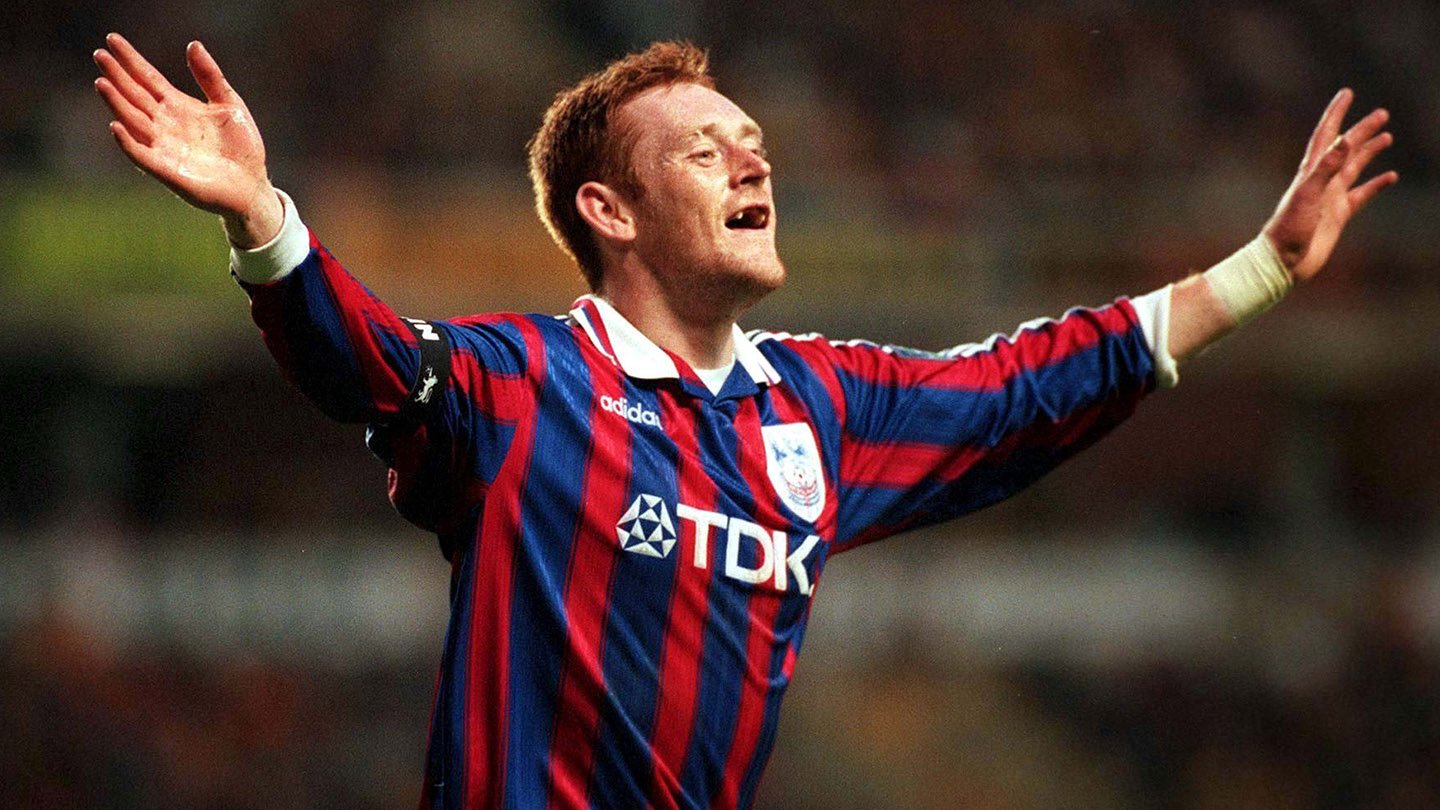 "The players who didn’t get as much [credit] were probably David Tuttle, Marc Edworthy, Andy Roberts, Simon Rodger, Andy Linighan - who I thought was the best signing the club made at the time when he came from Arsenal.

“We signed Carlo Nash and Ray Houghton, and everyone knew how good Ray was in the middle of the park.

“He used to mesmerise me. On soaking pitches, this guy could go out in a pair of training boots and win games. His knowledge of the game, he was so intelligent. He moaned and moaned, we used to call him Old Grandad. But he loved it, and he loved playing with us. Our enthusiasm at the time rubbed off on him.”

But despite Palace’s coaching and playing set-up, the Eagles fell short at Wembley when Leicester City’s Steve Claridge shinned home from 20 yards in the dying seconds to deny the club promotion. 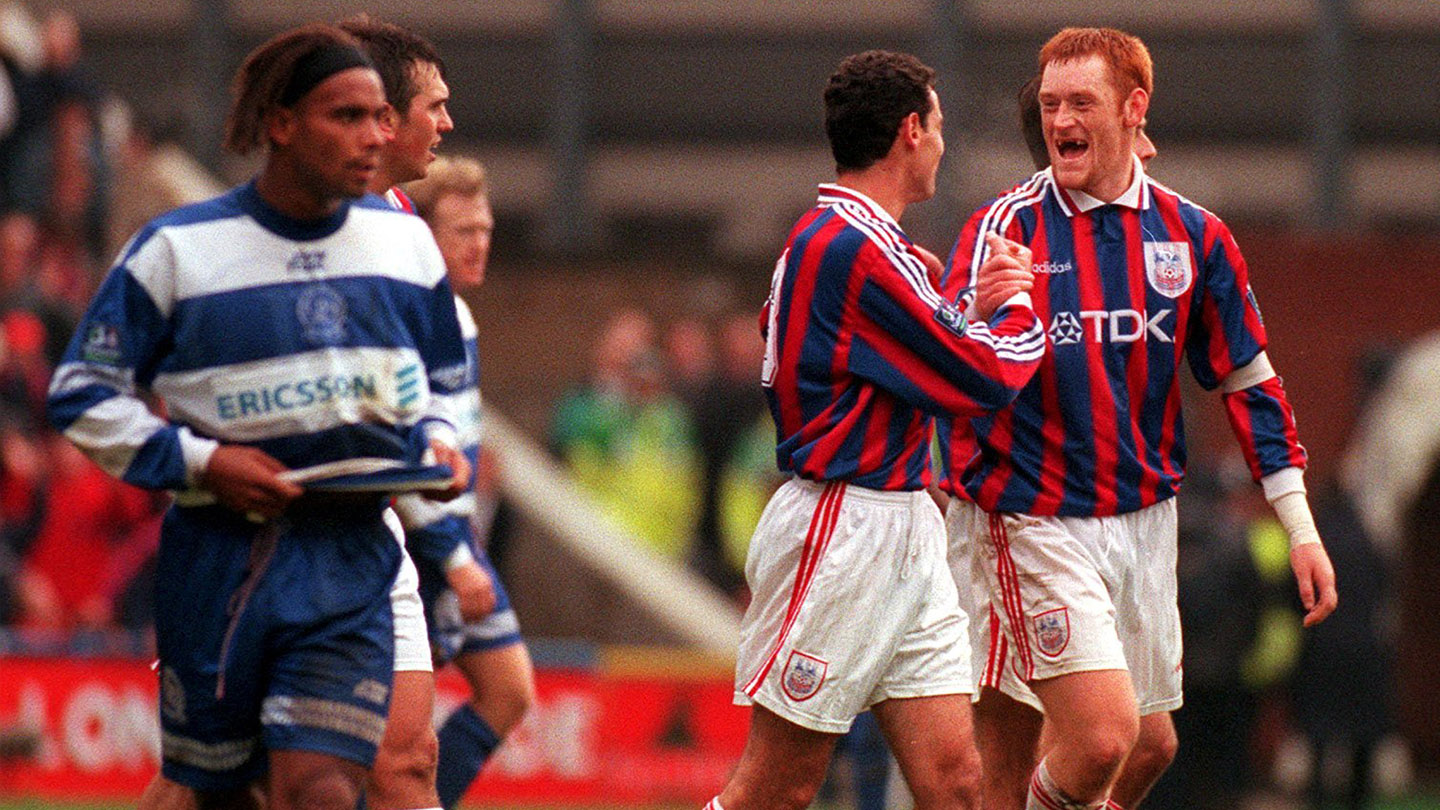 Of course, the following season, Hopkin would come into his own by inflicting a similar defeat over Sheffield United.

“[The ‘96 play-off final was] devastating because we’d worked so hard, finished third in the league and that year was disappointing. I remember sitting in the changing room thinking: ‘We can go again next year.’ My motivation was to get back to Wembley and right a few wrongs.”

Hopkin was given his chance 12 months later, after dispatching Wolverhampton Wanderers in the 1997 play-off semi-finals.

Coppell had returned as manager - “picking up where he left off” - and Palace were one step away from the Premier League again. Glenn Hoddle’s advice to Hopkin was one match away from finally being proved right. 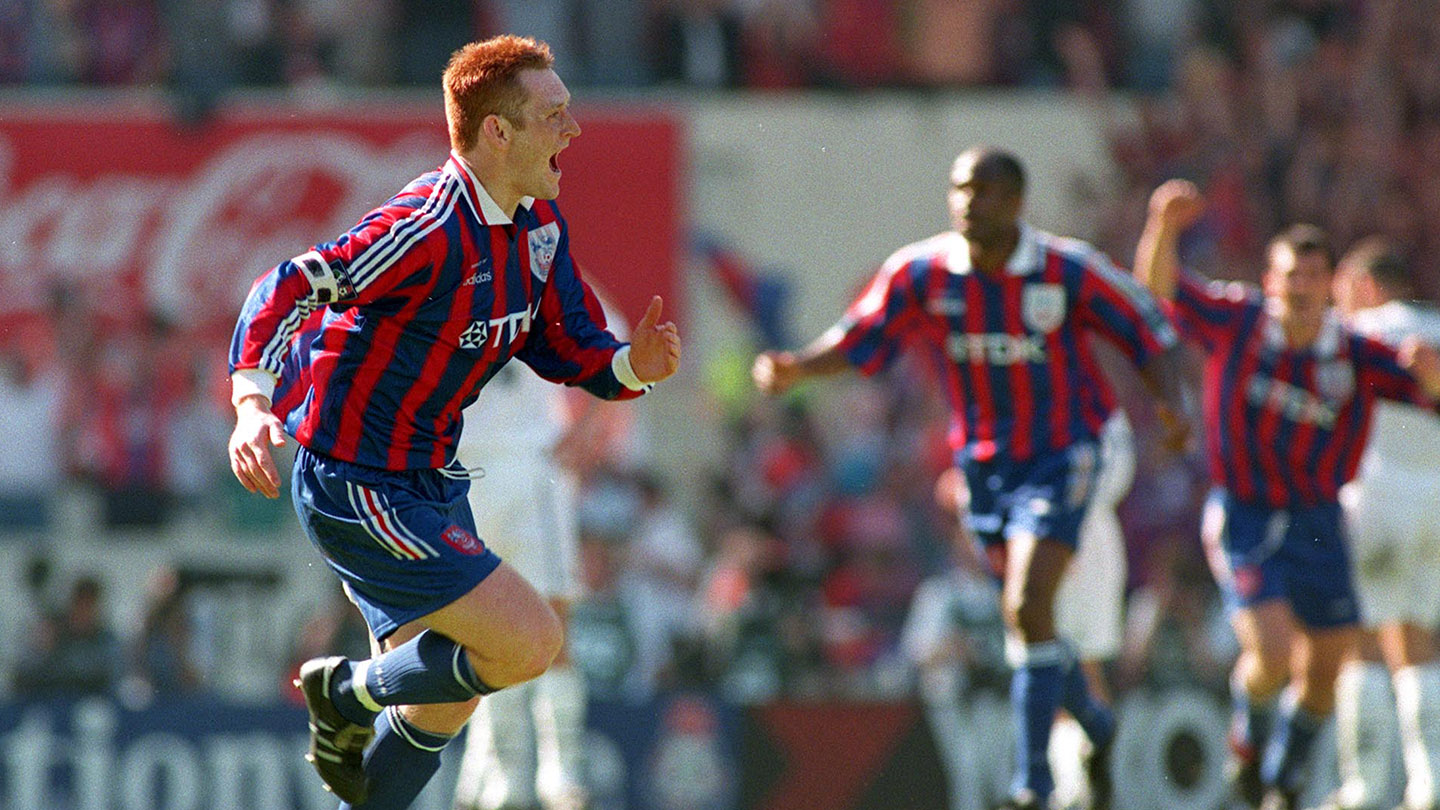 Hopkin says: “Walking up the tunnel to play Sheffield United, you’re looking across at experienced players and they looked nervous.

“It’s injury time. Andy Roberts and Simon Rodger take a short corner. The ball’s been played in, I’m at the edge of the box and it’s gone past me. I’m running to get the ball, I’m turning and as soon as I’ve turned I know I’m going to hit it. Gareth Taylor came at me - six-foot, three inches - and when he came, I just thought I’d bend it around him.”

You know the rest.

“As soon as I hit it, it was like slow motion into the top corner. This is probably the first interview I’ve done about it, because I don’t do interviews regarding this… I probably didn’t realise how good a goal it was at the time. To do all those things you have to do to get the shot away makes it much better looking back now.

“You’re hitting a ball from 25 yards and a standing start. It was fantastic, and a fantastic day. I was delighted, absolutely delighted we scored… I knew as soon as we scored that we’d won it.

Finishing what he readily describes as his “best season in football,” Hopkin departed for Leeds United - and again it was his performance in a recent clash which impressed his future club.

“We played Leeds earlier in the season in the FA Cup. We drew at Selhurst and had to play at theirs with 40-odd thousand fans. We got beaten 1-0 but I felt we should have progressed.

“After the game, on the Monday, Steve Coppell took me into his office and said: ‘Look, we’ve just had an offer from Leeds. They wanted to sign you after the game and we told them we want to keep you until the end of the season to see what happens.’

“I’ve got to take my hat off to Steve for even telling me. There wouldn’t have been many managers who would have told me that at the time, but he knew how professional I was and how dedicated I wanted to be with the club.

"Over pre-season, we travelled to Finland and in the first week we were there, Steve said to me: ‘We’ve agreed a fee with Sheffield Wednesday and they want you to fly back and speak to them.’ 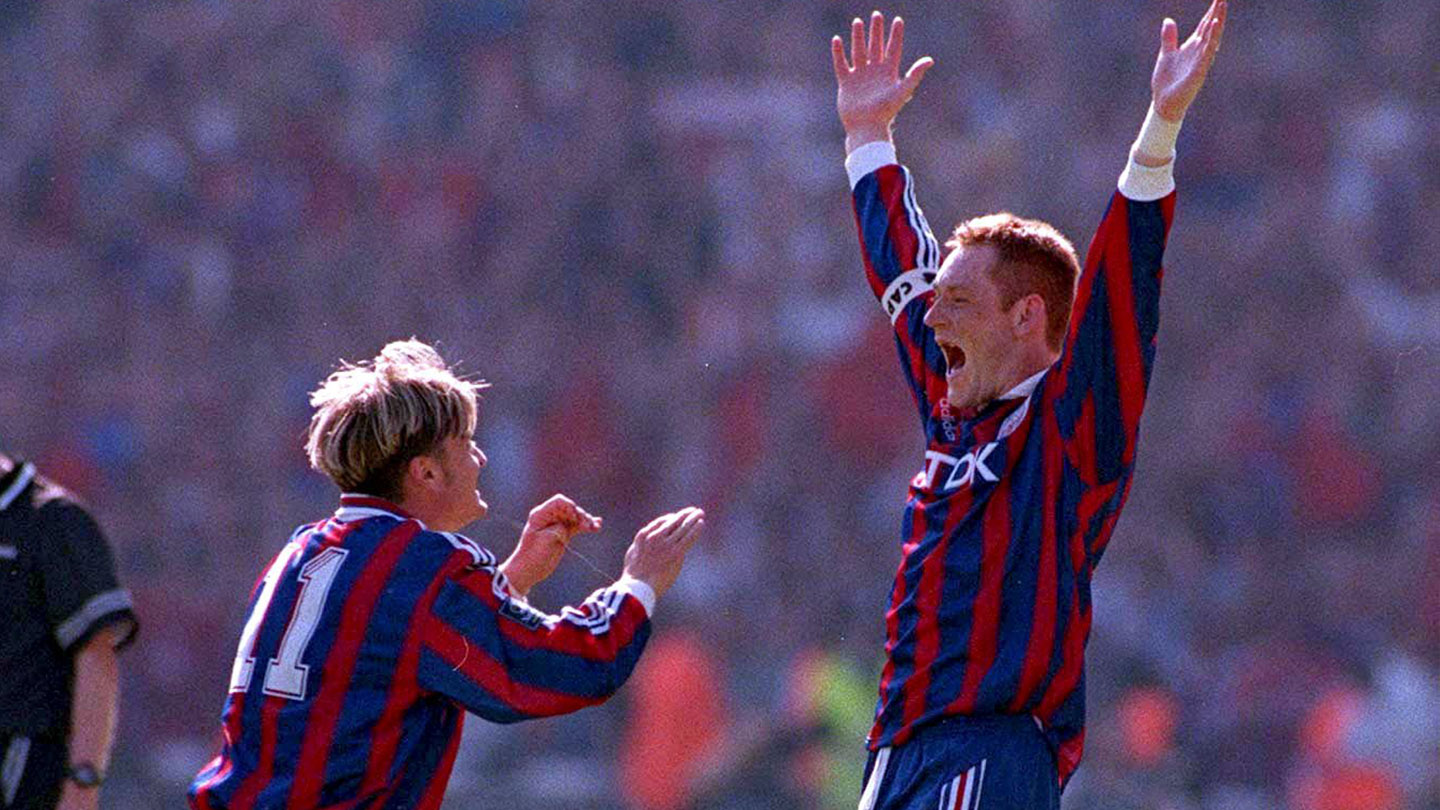 “Maybe Leeds didn’t want to pay the extra money. I went back home and spoke to Sheffield Wednesday but Leeds came back and agreed a fee. I wanted to go to Leeds, but after the season I’d just had, I thought I also wanted to stay at Palace. Ron and Steve Coppell had a knack of selling players at their peak and having a replacement ready. It was great business.

“I’d spoken to Nigel Martyn; Leeds were in transition and building a new team… The decision was mine. I could have stayed at Palace, they made me a fantastic offer to stay, but I thought Leeds was a better move.”

Hopkin’s departure marked his move into the latter half of his career and, four years later, he would return to Palace for a season-and-a-half cameo to mark the winding down of his playing days.

Today, having stepped into management, he reflects on his time in south London warmly. 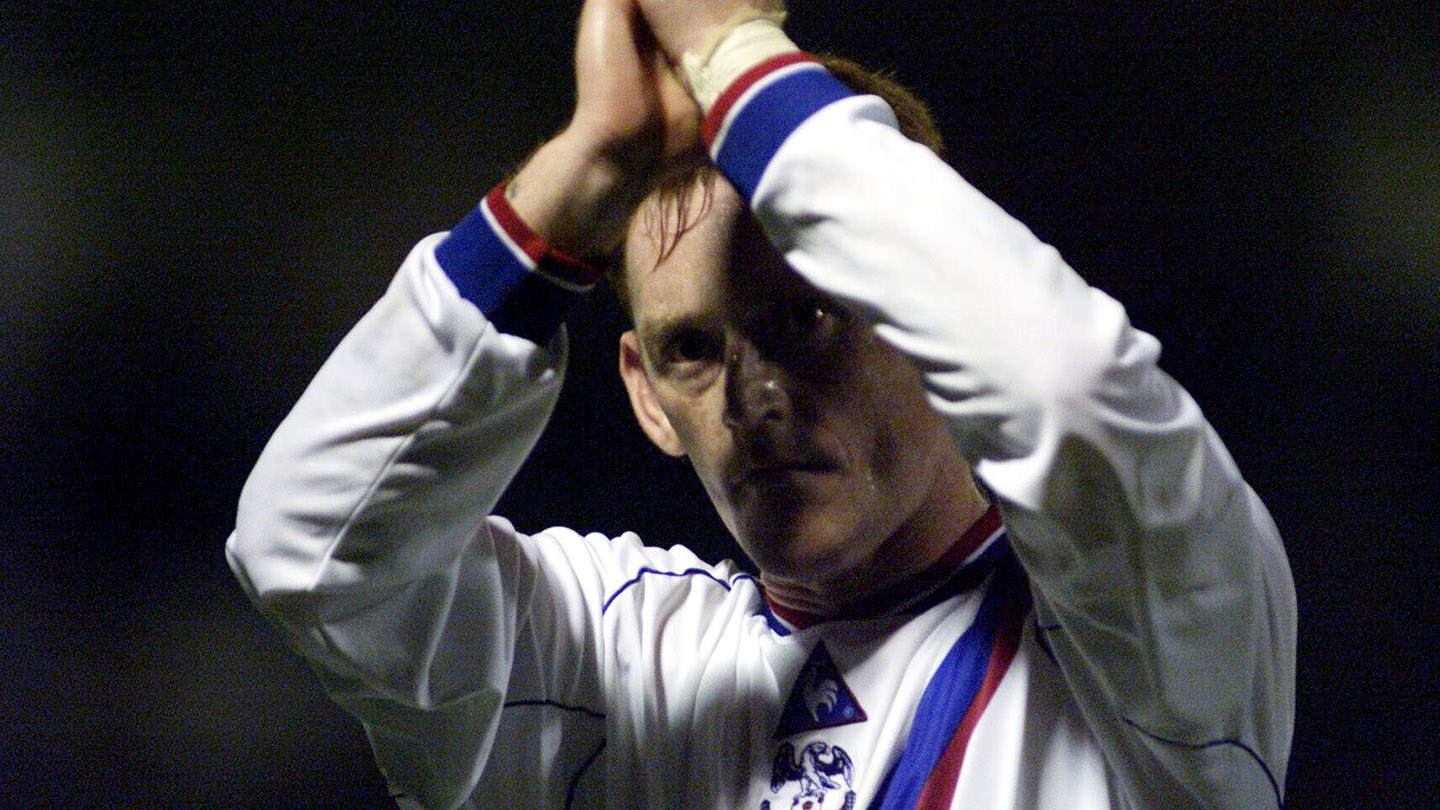 “I don’t think we ever played in a game - even if we lost, which was very rare - and got booed off the pitch. The fans deserve great credit. I’d like to thank the Crystal Palace fans who helped me through a great time.

“These are the things people can never take away from you. The staff - there are still a few working there behind the scenes. Terry Byfield, Phil Alexander - just incredible.

“And John Griffin, who recently passed away. I want to give him a mention because John was so vital with the way Palace were. I sent his grandson a message saying he was always in the Training Ground on a Monday morning and he was a massive part of the success at Palace. He was the one who went and brought me along to sign so it’s sad to see his passing.”

Ruud Gullit, Glenn Hoddle, Steve Coppell and Ron Noades; so many men to thank for Hopkins’ Palace career and one of the club’s most glorious hours.

And, of course, Hopkin ensures we add one more to the list.