'I retired there and then' - Freedman explains Palace return

Crystal Palace were just six weeks into administration and Hart was assembling a backroom team to battle relegation and, potentially, the club's collapse.

"I knew Paul Hart from Nottingham Forest," Freedman explains in the second part of a Palace TV exclusive. "He’d been the youth team boss.

"Paul gave me a call and I was still playing at Southend with a two- or three-year contract, and enjoying myself. Paul Hart said: ‘The club went into administration, I’ve been called in to do a job. I need some help, I need some players still fit enough to demonstrate some drills.’ At this time I was really into my coaching." 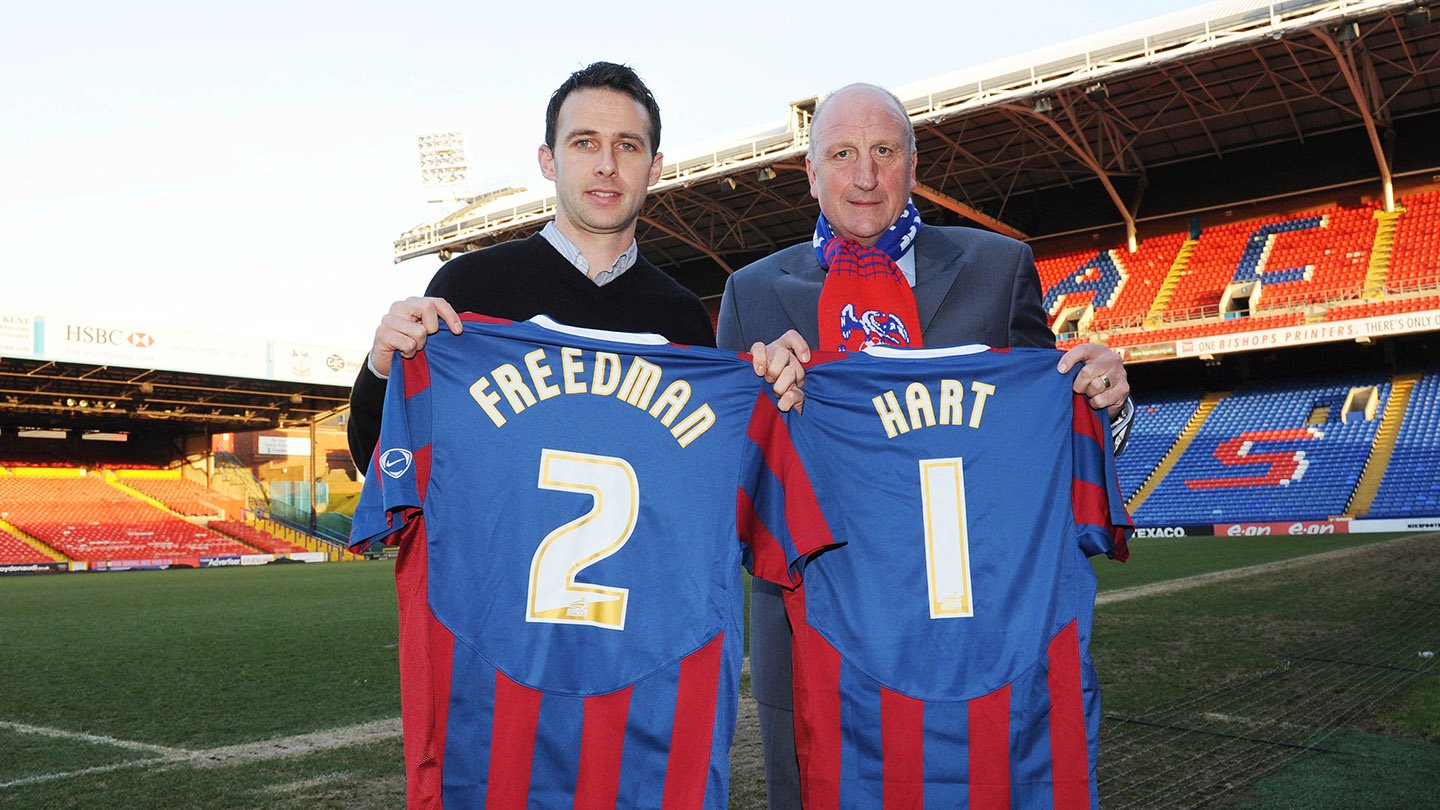 Freedman knew Palace's situation and had been coaching youth and reserves squads for some time. All it took was Hart's call to make up the Scotsman's mind.

"It’s a sad thing when I look back," he continues, "but I just retired there and then. I just retired. I phoned up Southend and said: ‘I’ve retired. I’m going to go back. I’ve got a great opportunity to be assistant at a club I’m very fond of and very close to and I feel I can help them in a very difficult period.’

"I’m still good friends with Ron Martin because he did the honourable thing, he just tore up my contract and let me come along and jump into the deep end. Because it was the deep end for three or four months, trying to keep the club on and off the field in a very stable way."

To hear more from Freedman on his time in the Palace dugout, head over to Palace TV now either by clicking here or 'Palace TV ' within the app!