Lewington gives dugout insight as he talks through sideline instructions

In the dying minutes of Crystal Palace’s final game of 2019/20, one voice can be heard reverberating off Selhurst Park’s iron surrounds above all. It’s Ray Lewington’s, and, after nine matches in an intense 37 days, Palace’s assistant manager remains as vocal as ever.

Or - until football moved behind closed doors, the TV microphones edged nearer to the dugouts and the sport’s previously anonymous instructions became public information - Lewington became more vocal than any supporter knew.

The club’s former caretaker manager became renowned in recent weeks for his constant dialogue with the players. Throughout a clash’s 90 minutes, Lewington’s encouragement, direction and approval can be heard spreading across the thousands of empty seats and out to the millions of occupied armchairs.

“Once the whistle blows,” Lewington says, “I don’t really care who can hear what I’m saying as long as the players can.

Lewington’s attitude wasn’t always as laissez-faire, however. When the Premier League announced football’s return, he had his concerns like the rest of the country.

But they were swiftly allayed and, after five weeks coaching behind closed doors, Lewington can see the benefit of silence in the stands.

“Beforehand,” he says, “I did think to myself that I might have to be careful what I say. But none of us swear, really. It’s not us. We might in one fit of temper, but it’s not something we shout on all the time. 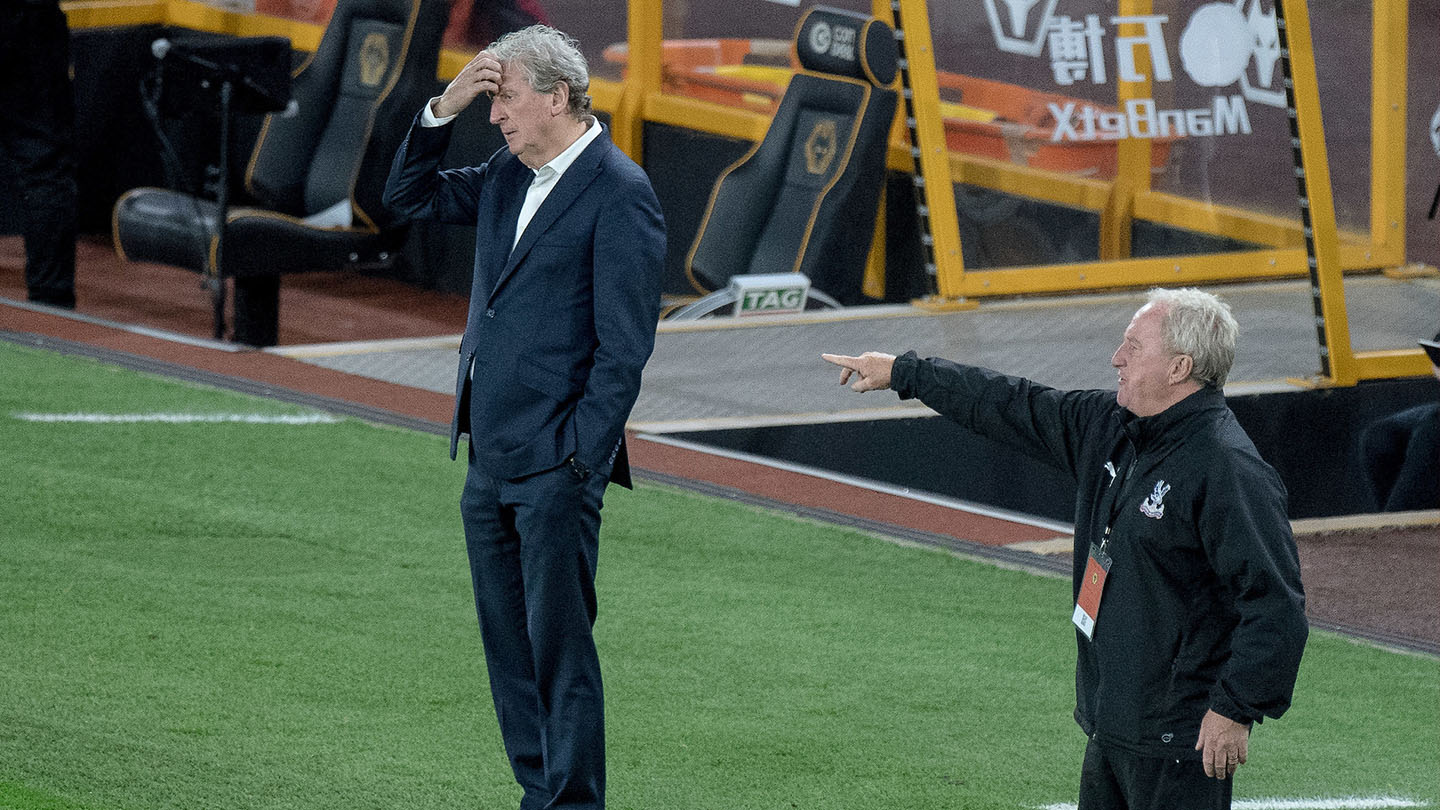 “I’m naturally a shouter and people are probably aware of how much of I shout now they’ve heard me with no crowd. But I usually do that when there’s a crowd anyway. The only thing that’s different is I actually know the players can hear me now, whereas with a crowd they’re cupping their ears and saying: ‘No, I can’t hear what you’re saying.’

“Sometimes they use that for their benefit, telling me they can’t hear me when I know in fact they can! It works both ways.

“One of the most frustrating things is that once that whistle blows [in a normal match], you can get some messages on, you can make yourself heard - but people on the far side of the pitch have no chance.

“[Behind closed doors,] we were able to get certain messages on. The players know the way we want to play, but sometimes they don’t do it, even though we’ve done it so many times in training. Sometimes they’re not pushing in enough when they know they should, sometimes they’re engrossed in the game and don’t realise it.

“For instance, saying ‘push on a bit more’ is just a simple instruction which you sometimes can’t get on, unless you’re saying: ‘Luka [Milivojevic], tell Patrick [van Aanholt] to get on.’ With no people in there, you can just get to the side of the pitch: ‘Patrick, move on, push on,’ and he knows what you mean, he’s just not aware he’s not getting as far forward.”

But while Lewington found certain coaching pros in football’s recent changes, he talks openly about the squad’s frustration with its post-lockdown results. 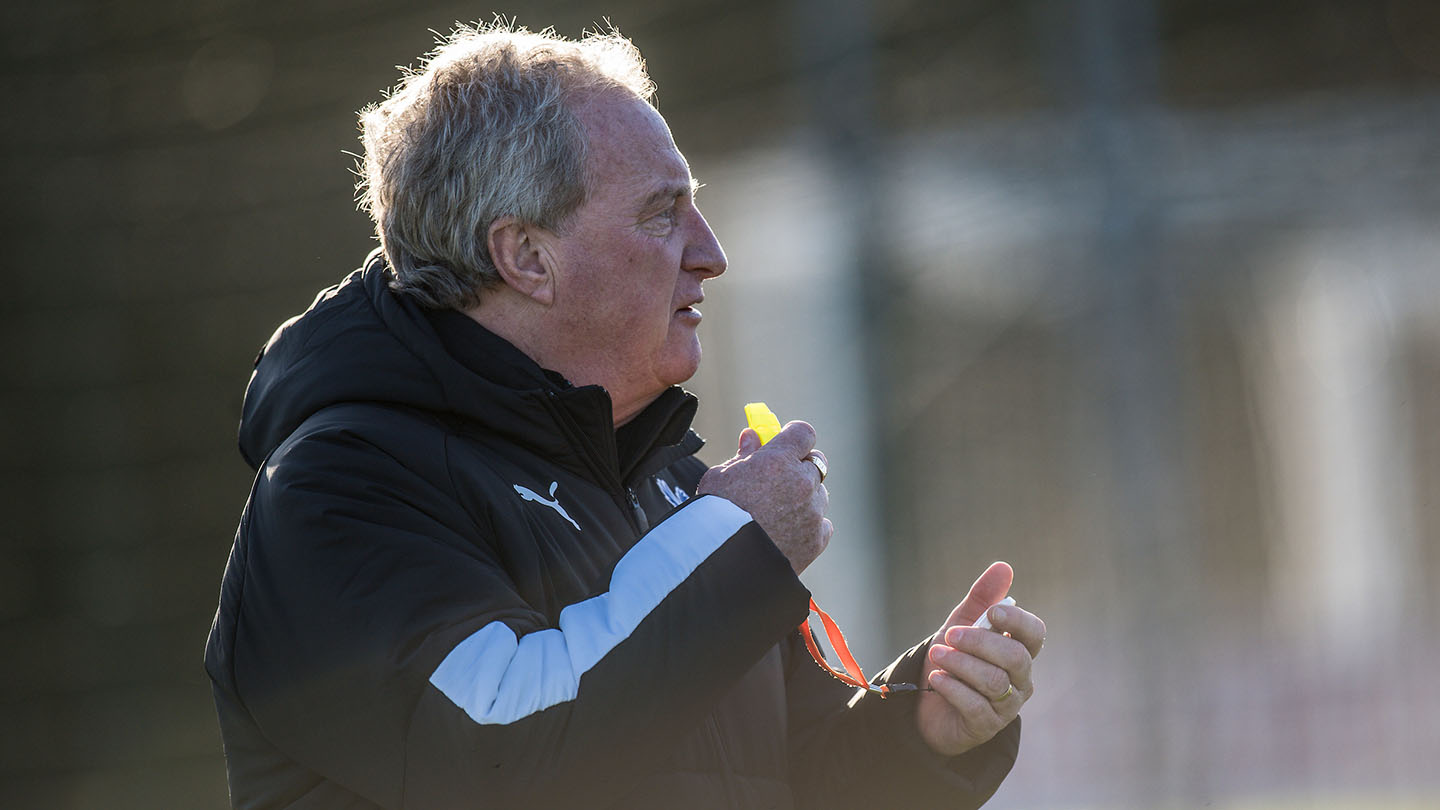 After flying high before the game’s suspension, Palace were only able to collect a win and a draw with Tottenham Hotspur following the restart.

From his perspective, Lewington explains why: “One, I think we had such a long time off and we do have a particularly older side. With younger players, you can condense four or five weeks into three-and-a-half because you can work them that much harder.

“With older players, you can’t do that. You have to take things slower. When we came back to actually playing, we had four weeks [to prepare]. Bear in mind that we’d had longer off for the virus than we do in pre-season.

“Two, human nature says that if you know you’re still in the Premier League next year and you’re going into games - alright, we had a chance at Europe, but it was an outside chance - against teams going for the Champions League and things like that, that gives them [the opposition] the edge.

“You’ve only got to lose 5% and it’s very noticeable. I know Roy [Hodgson] didn’t think that, but I did. We couldn’t use it as an excuse, obviously, but I just think it’s human nature that we were disappointing in some of the games and not our usual selves and, to be honest, the only things I can put it down to are the two reasons I’ve given.

“It was disappointing though. It was. When we went into lockdown, we were on course to get a record amount of points with 39 on the board and nine games to play. We wanted to beat that [club record Premier League points of] 49.”

Now, with just three weeks off until returning to Beckenham, Lewington, Hodgson and the rest of the coaching staff already have one eye on next season:

“The good thing with being experienced is we probably each, Roy and I, have gone through about 60 pre-seasons between us,” Lewington explains. “That gives you a bit of a head start; we know what we need to do.

“We get a little bit of fitness into their legs and then start introducing balls, which is usually not really important stuff - it’s just getting used to kicking a ball again. And then in that second week we start introducing the tactical side of the game, which, as I say, Roy and I know.

“We will work on our team shape - it’s the most important thing Roy and I consider in the team. They’re all aware of their jobs and the way they’ve got to play and the system - or systems - that we play. So, first and foremost, we do the stuff when everybody gets back in pre-season to cover that.”

READ NEXT: Revealing the stresses of working in 36 degree sun on pre-season tour