“I want to sound, even written on paper, brutally honest,” Neil Emblen says, emphasising his point several times during a lengthy conversation.

While he only played for Crystal Palace on 15 occasions, Emblen has a lot to say about his seven months in SE25. After all, he hasn’t spoken about it on record for over 20 years.

With an uncle holding a Season Ticket at Palace, Emblen was born and raised in Bromley, beginning his career just an hour away from Selhurst Park with Tonbridge Angels. His professional journey took off in south London, too, when Millwall’s Pat Van Den Hauwe had his house burgled the night before a match and Emblen, aged 22 and with only non-league experience behind him, received his professional debut against Tranmere Rovers.

Just eight months later, the youngster’s name had been taken from the cut turf of Tonbridge and Sittingbourne to Molineux and an ambitious Wolverhampton Wanderers. There, he would rub shoulders with Geoff Thomas, Paul Stewart, Eric Young and Simon Osborn. 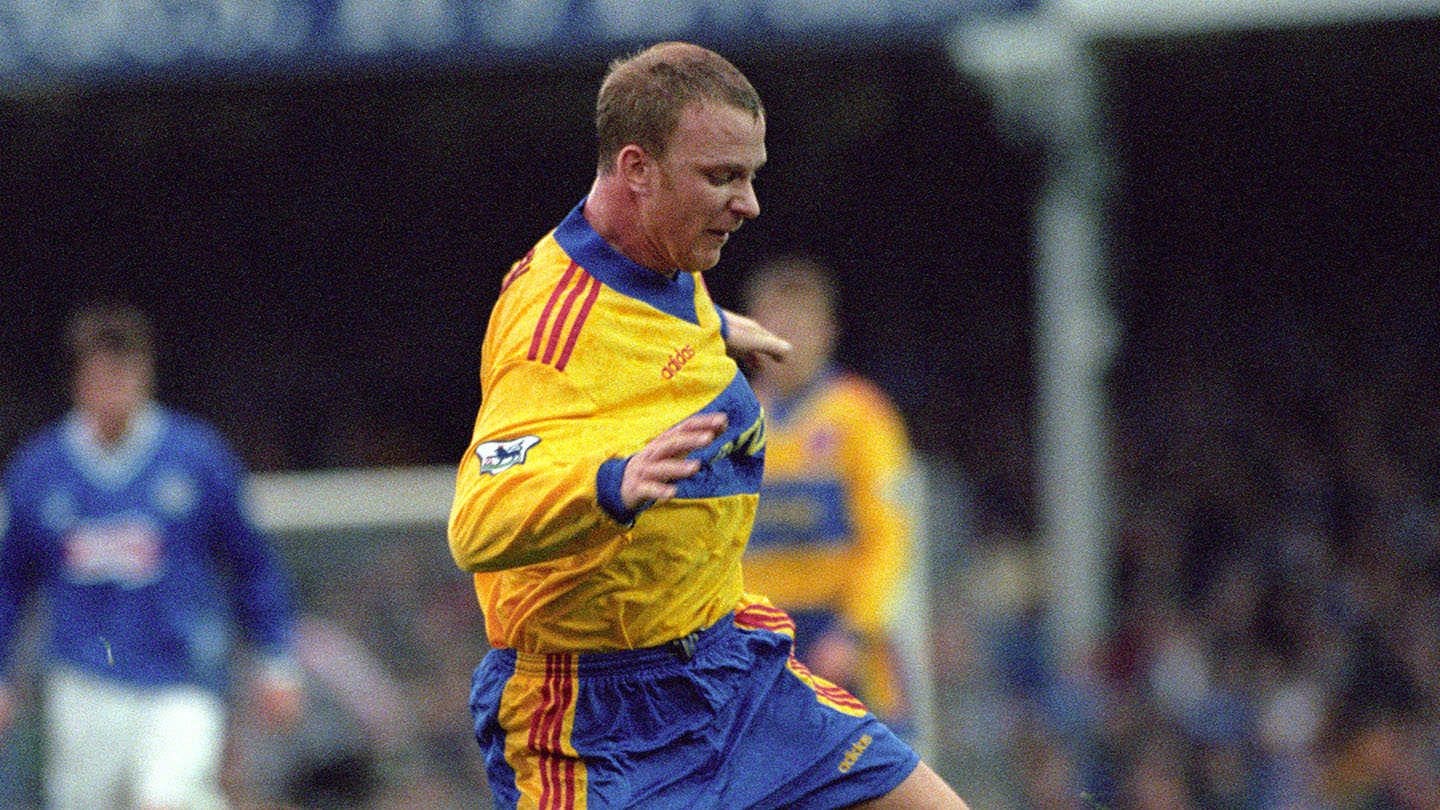 “I’d had a couple of good games and Steve Coppell had put me on a list of players he was quite interested in,” Emblen recalls. “To have the opportunity to go and play in the Premier League and move back to my hometown, it was: ‘Wow, this is brilliant.’”

The move should have provided the next step in Emblen’s career, with his progression to the top-flight being a natural move for such a highly touted player. But he joined the club in a wave of new recruits and had a hefty price tag weighing heavily around his neck.

His start was far from the fairytale he’d hoped for.

Emblen explains: “One of the first things he [Coppell] said was: ‘I can’t guarantee you a game.’

“I thought: ‘Okay, that’s fine, I need to be playing well to be in the team and you’re getting a lot of good players in.’ But I don’t know, a part of me then felt: ‘Was I just on a list and the new Chairman [Mark Goldberg] went out and got some of those players or was I really who Steve Coppell wanted?’

“I wasn’t established. Was I a midfielder? Was I a centre-back? I’d been like that at Wolves and all through my career and I think Steve Coppell thought the same... It was quite surreal, that first conversation. Steve was a really good coach and knew how he wanted to set-up against teams; I saw analysis in more detail than I’d ever seen when I came to Palace.

“But I just felt pretty early on that this might not work. There wasn’t any excitement about me, there was no: ‘I’ve seen you play here, seen you do this, seen you do that.’ It was: ‘I’m not sure I can guarantee you a game.’”

As Coppell had warned, Emblen struggled for gametime after putting pen to paper for his once-local club. Fans watched on as a near £2million signing sat on the bench, with administration looming out of sight.

“It affects people’s opinion of you,” Emblen says. “What you have to be like and where they feel you should be. To be honest, it was overvalued. It was definitely overvalued. 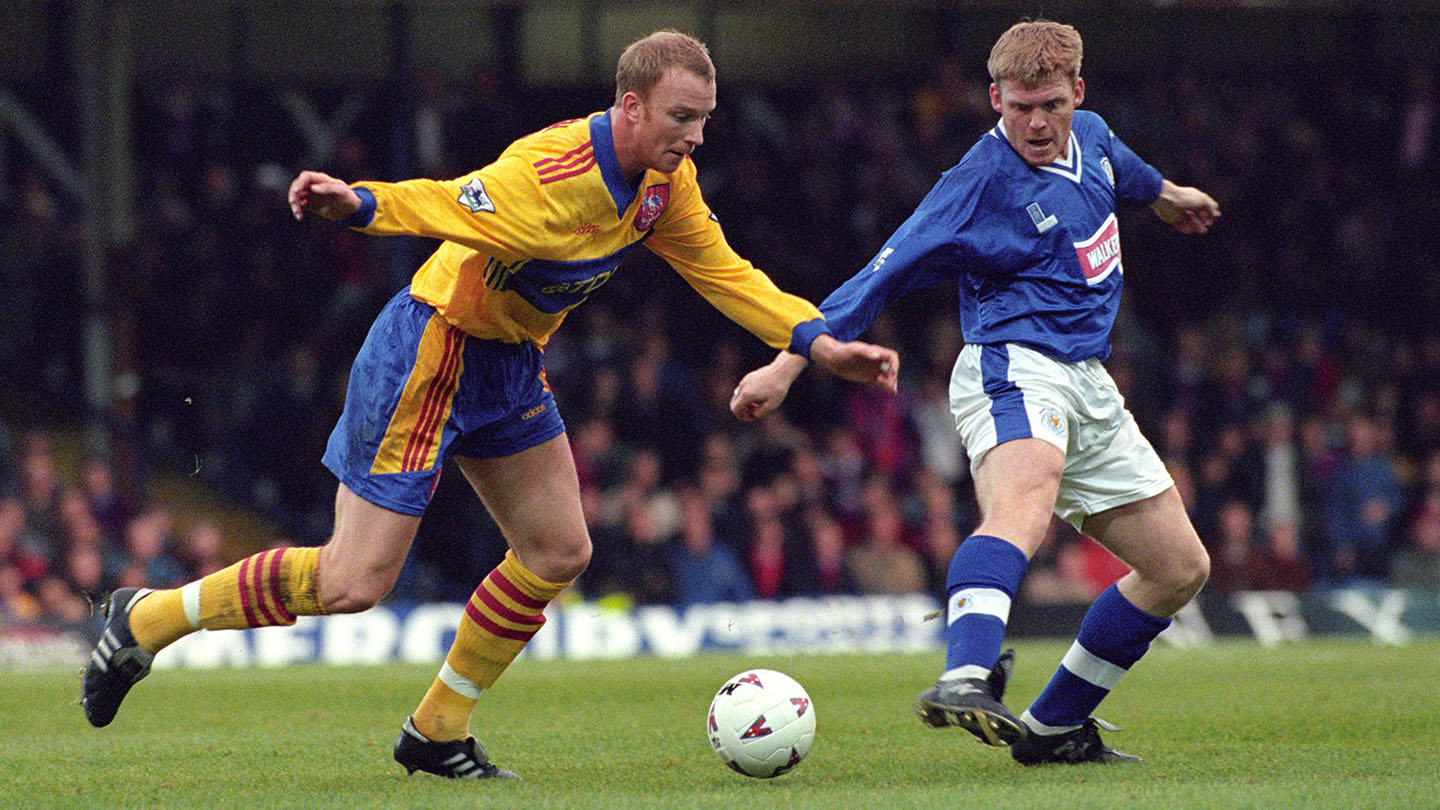 “I feel like I was a good Championship player and I could affect games there. But in the Premier League, even the early days, it was tough.

“I remember playing against Liverpool at Selhurst Park. There’s [Jamie] Redknapp, Robbie Fowler, Michael Owen and people like that running around and I struggled to affect the game; I didn’t have any influence.

“I was the type of player that would have liked to try and stop players playing and, for the fee that was paid, the club and supporters expected more than that.”

There’s more to it, Emblen continues: “I came from Millwall, or they gave me my first opportunity. For my first professional game, my dad and uncle took me to watch Brighton, and that had been mentioned [when signing for Palace].

“So I supported Brighton when they were in the [1983 FA] Cup final against Man United and we went to the game. There are all these things that a real, true, avid fan might work out: ‘He supports Brighton, played for Millwall, cost us a lot of money, isn’t performing well. Let him be the one I shout at.’ I totally get that.”

Emblen’s desire to give an honest account of his time in red and blue stops him from sugar-coating a single match. Even a brace against Scunthorpe United in a 2-0 victory doesn’t register as a spell-saving success story, and Emblen dismisses the game almost flippantly. 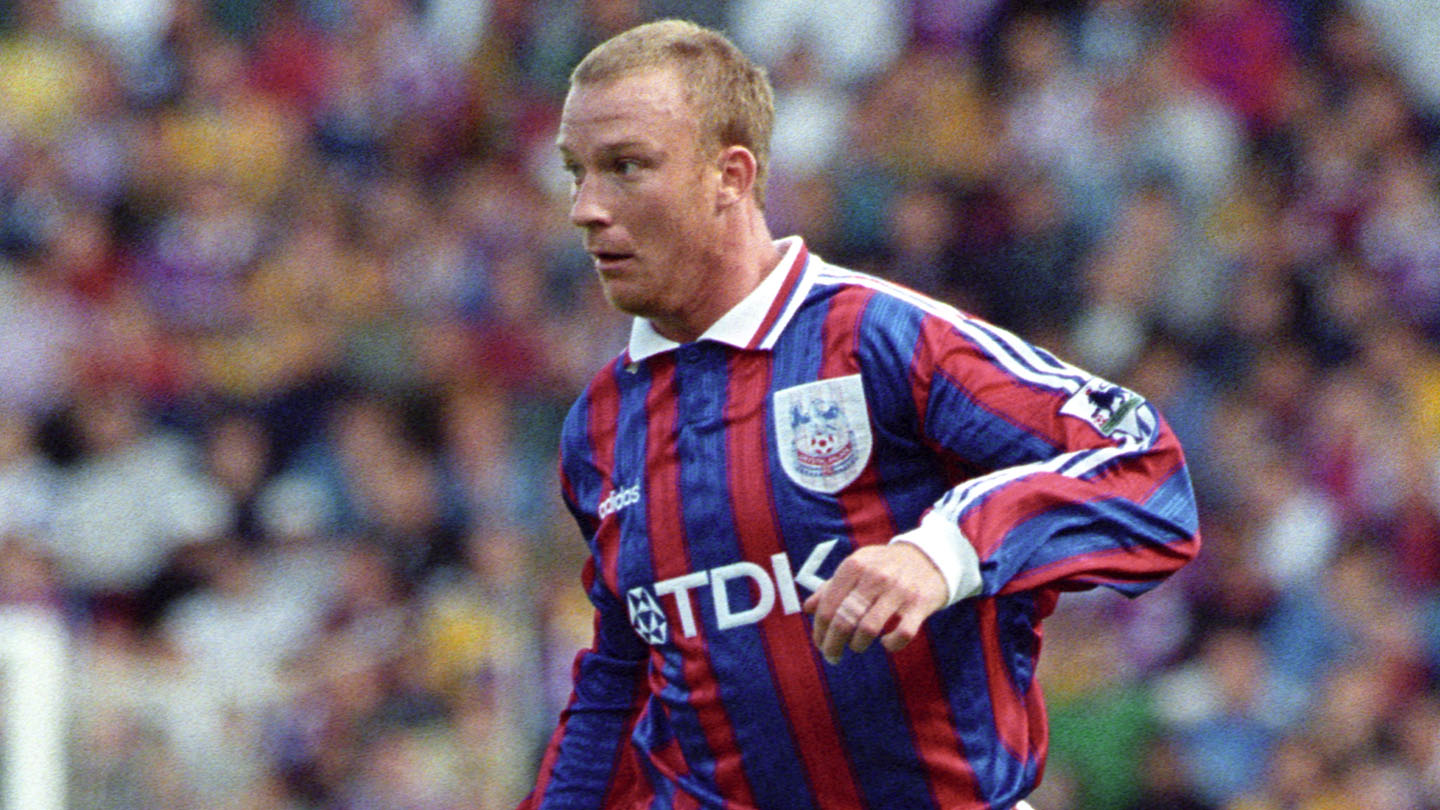 “It’s funny,” he says, “I still felt that even though I’d scored two goals, we didn’t play well as a team that day and it was a struggle beating Scunthorpe. I didn’t feel I’d done enough to start next week.

“Simon Rodger in midfield; he was playing well, doing well each week. Attilio [Lombardo] was doing well in there. I didn’t really knock on Steve Coppell’s door and say: ‘Why aren’t I playing?’

“This is really honest, I wanted to play so much but Simon Rodger was doing well even if the team wasn’t doing particularly well. Yeah, I got the odd opportunity and came on as sub a few times, started a few games, got that FA Cup game, but didn’t put a sustained run of good performances together to warrant saying: ‘Why aren’t I playing?’

“That was probably the toughest thing. I’d been playing regularly at my previous clubs and maybe I lost more confidence than I thought because I wasn’t playing and I didn’t feel a big part of it. When I got my opportunity, I was nervous about it because I was thinking I hadn’t had many; I had to make it happen and sometimes you can try too hard.”

When Palace’s form fell apart in ‘97/98, Coppell made way for star name Lombardo to take over as player-manager. Emblen began the Italian’s first game in charge, and sensed a renewed opportunity awaiting him. But that burst of faith last just 45 minutes, and Lombardo pulled his teammate from the pitch 3-0 down at half-time to Aston Villa.

The end, it became clear, was ever-nearing.

“Palace still owed significant amounts to Wolves,” Emblen says. “[The transfer fee] was an initial payment and then more after certain appearances and years and staying in the league. Whatever they [Palace] owed, which I believe was around £900,000, Wolves just said: ‘Look, give us him back and we’ll forget about it.’

“If I’m honest, I was happy to go back to Wolves. I felt wanted; I felt like I was part of something there and I enjoyed my time. When the opportunity came back, I felt like I’d had a loan spell that hadn’t worked out and I was back. I just felt deeply entrenched in Wolves.”

With a frustrating spell brought to a fairly painless end, Emblen still won’t look back on his time at Palace as anything other than a life-changing opportunity.

“I still want Palace to do well,” he says brightly. “It’s nice to feel I had a spell for this club in the Premier League.

“I was one of those types of players that wanted to be value for money wherever I played. It pains me that I wasn’t value for money and I wasn’t probably good enough to help more. But I have no regrets. No regrets agreeing to it, because, at the end of the day, you have to agree to the move.