Last season, the official Palace programme spoke with Roy Hodgson to mark him becoming the oldest manager in Premier League history. Here, two years to the day since he joined Crystal Palace, we’ve shared what the manager had to say.

It was in 1976 that a commercial Concorde flight first left London’s tarmac for the skies above and, 60,000 ft below, a 28-year-old Roy Hodgson made his maiden voyage into football management.

Whilst the former took off for Bahrain, the latter headed for the little-known town of Halmstad, Sweden, where an incredible journey would go on to span four decades and counting.

But the full story goes back much further than today’s golden years of VAR-based HD scrutiny and the glory years of The Big Match.

It goes beyond digital tickets and beyond lava lamps, too. It goes beyond footballers swapping Beats for AirPods at glass-enshrouded stadia and even back beyond orange flares. 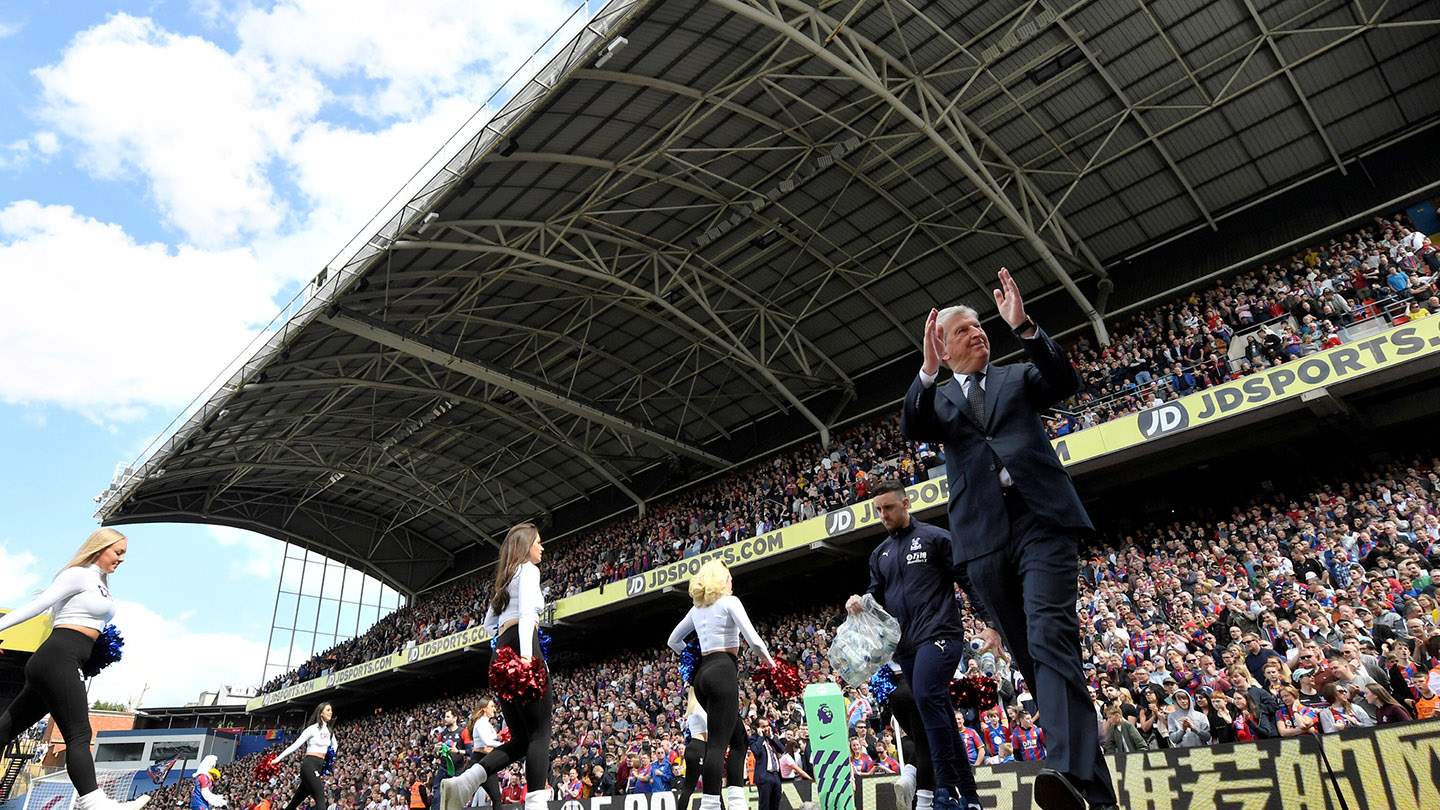 Growing up as a Crystal Palace fan in post-war West Croydon, many of Hodgson’s earliest memories come from within the iron confines of Selhurst Park - memories which, in turn, inspired an adolescence on the Eagles' Academy pitches and a journey across the world following a passion borne in the heart of SE25.

“I used to walk with my father to the Holmesdale Road end of the ground which of course was all terracing in those days,” Hodgson recalled, nostalgically reflecting on his transition from boyhood fan to adulthood leader.

“My earliest memories were watching from [on top of] the crossbars which were there to stop the crowd from falling forward.

“My father moved down from Newcastle but of course the team he supported was the one he went to watch every week. We would watch first-team matches on a Saturday and then the reserve team on the following one.

“Palace were my team. My father had his boyhood team still that he’d keep an eye on - Newcastle United - but he came to London as a 17-year-old himself so it was very much a question of our team, our local team: Crystal Palace.

“As far as we were concerned, that was our team and would always be our team." 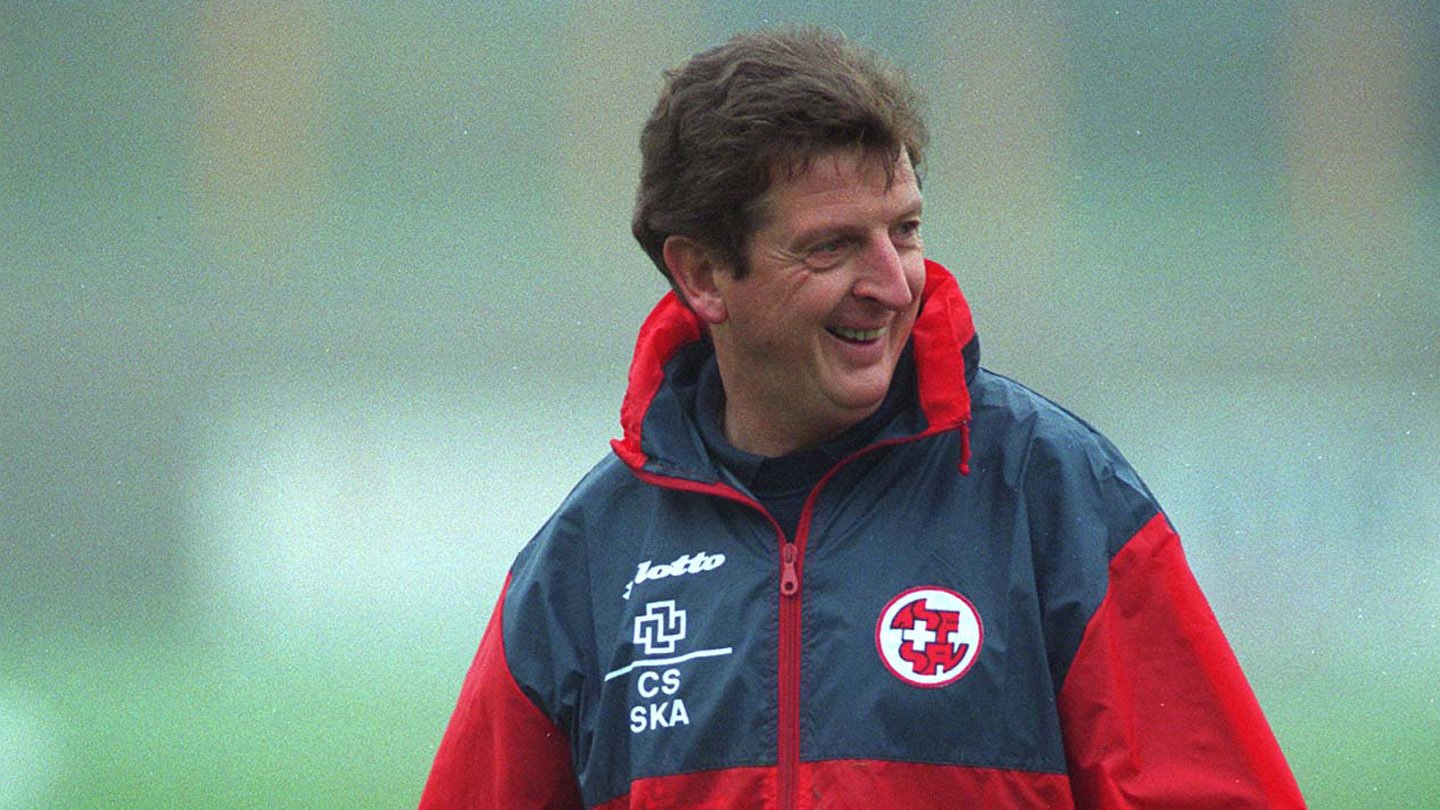 Sadly, however, Hodgson’s father Bill died in 1989, 13 years into his son’s generation-spanning career in the game he ignited a passion for.

“He’d be very proud I’m sure,” Hodgson said after a moment’s pause.

“He unfortunately died a long time ago, before one of my biggest triumphs which was knocking Inter Milan out of the European Cup with Malmö FF. He died between the two legs of the tie.

“We won the first leg 1-0, so he was still alive when that happened, but before the second leg was played a couple of weeks later he’d died, so he wasn’t alive unfortunately to see us actually draw that match and knock Inter out of the competition to progress to the next round.

“He was very keen on following my career and was able, luckily enough, to come out to Halmstad and Malmö so he had a chance to participate in that career and I know that he was very proud of the achievements I’d managed at that time.” 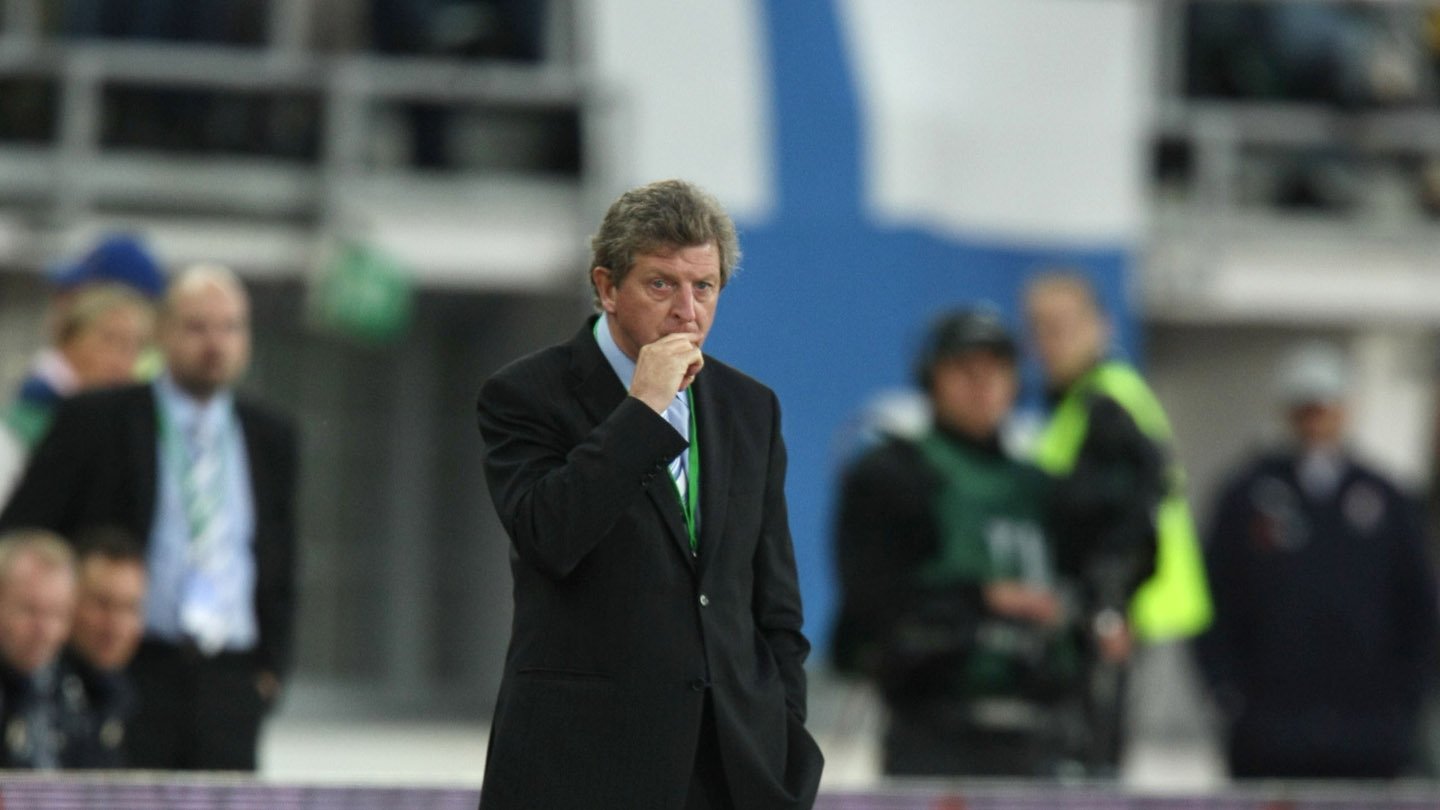 But at one point, things may not have reached so far in the game as Hodgson entered management with close friend and fellow manager, Bob Houghton, holding very different career paths in mind.

“I was 28-and-a-half,” he explained. “Bob Houghton started [managing] before me and recommended me to Halmstad in ‘76. At that stage, we were close friends and we didn’t really think that football coaching and management was going to be a career for life.

“In fact, we even started sketching plans that, after 10 years or so, maybe we’d put whatever bit of money we had saved together and start up some sort of business. I think we had a travel agency in mind but I don’t know why.

“Of course, for neither of us did that materialise. Bob coached successfully in several countries for a very long period of time and I’m still doing it. 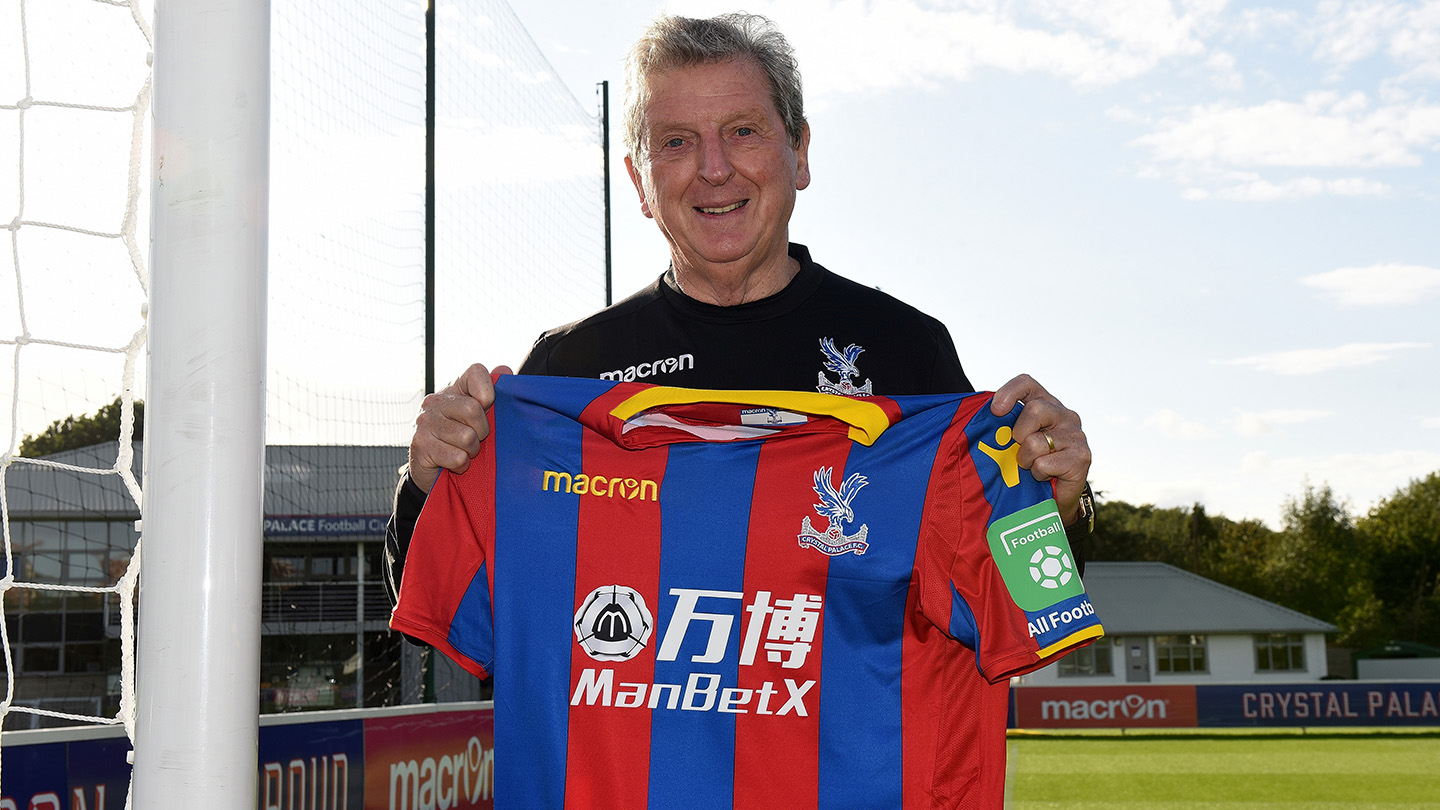 Far from an office in Croydon flogging brochures for discounted summer breaks, instead Hodgson today sits in an office in Beckenham, barely miles from where he was born, and despite the first and latest instalment of his career almost coinciding in the same postcode, the manager has worked across eight countries for 16 clubs and four national teams.

Though his life in dugouts across the globe may have been well spread, and his experiences having had a great impact on the man himself, when it’s distilled down to just the pitch, Roy Hodgson is largely the same character he was the day he stepped onto Swedish turf as a 28-year-old in the infancy of his career.

“Am I a different person on the coaching field today than I was in 1976?” he asked rhetorically. “I don’t think I am. I kick a lot fewer balls and I no longer trust my technique as I maybe once would have done.

“There was a time where for every ball a player kicked, I would kick two! Now that doesn’t happen anymore but that’s for the good. I shouldn’t have been doing that anyway, it was just a bad habit I’ve curbed or a bit of showing off that I’ve left behind me.

“In terms of my actual approach to the coaching and what needs to be done, the principles I believe in, the type of practices I think are necessary to get those principles across and what I expect from players on the training field and matchday, things haven’t changed much at all.

“I feel sure those Halmstad players from the 1976 Championship team would still recognise me as the coach they knew.” 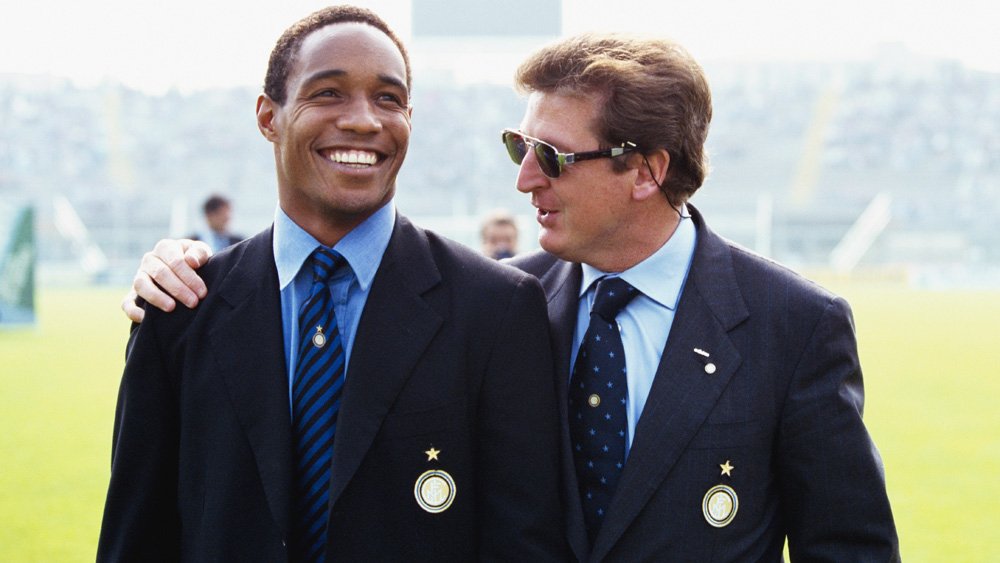 What about changes to the game itself?

“I’m not saying for one minute that the great players of the 1970s would not be great players today, but I think we are constantly seeing a better product. If you’re a football lover, if you’re someone who really does study the game of football, you’re getting a fantastic product today.”

Sitting with Hodgson on a day after a full morning’s training, a lengthy press conference previewing Palace’s trip to Doncaster Rovers last season, preparation for the trip itself and being in the middle of a warm Friday afternoon on a week in which he would only take one day off, remarkably not one answer in a sizeable interview came with fatigue, haste or deflection.

That said, it was when the name of Sir Bobby Robson was raised and the topic shifted away from himself that Hodgson’s characteristically considered responses became even more carefully sewn together, even more delicately and poignantly thought about. 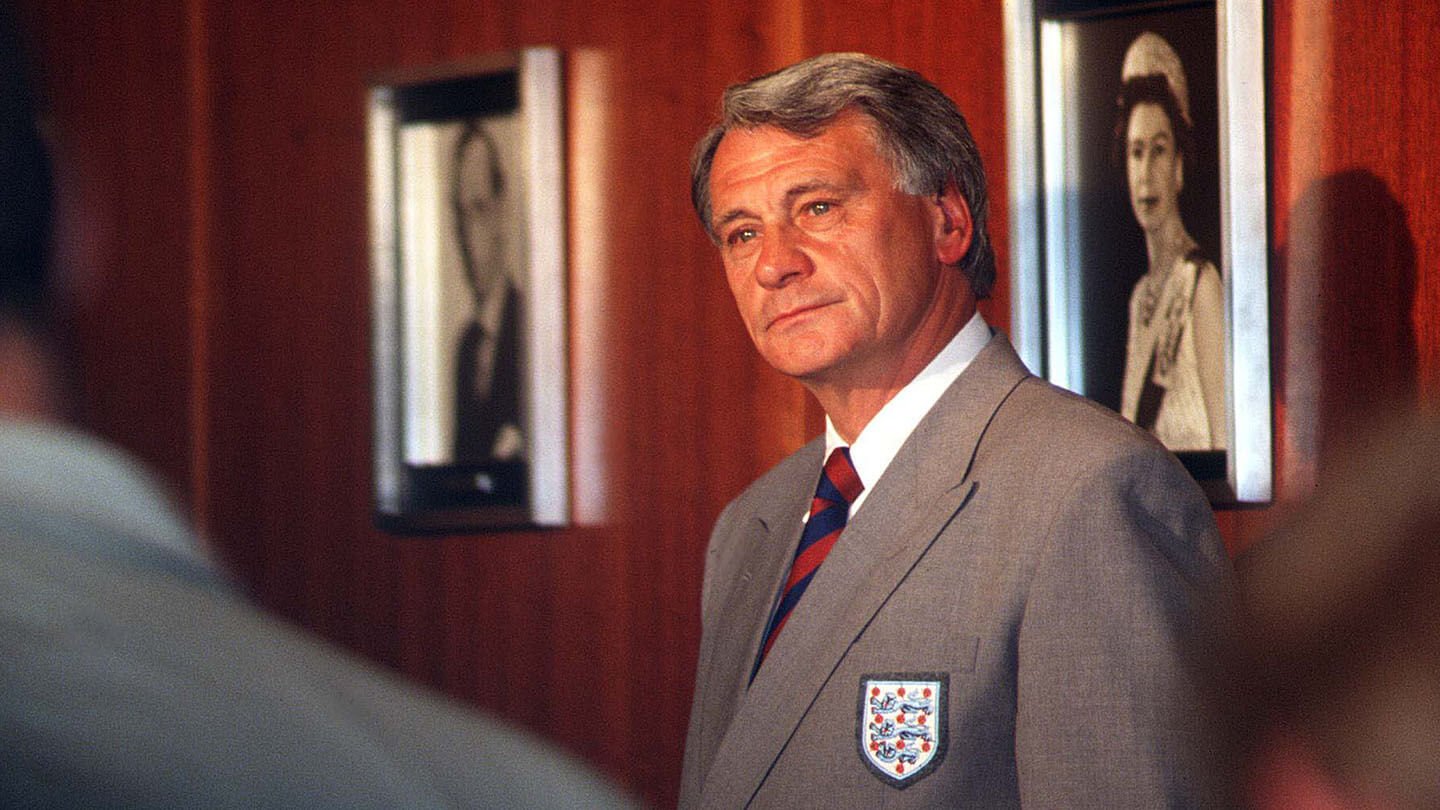 Surpassing Robson as the oldest manager in the league’s history, Hodgson reflected on his friendship with the iconic leader, drawing a notably more meaningful depth to the discussion while doing so.

“The good thing,” he said, “is that it [surpassing Robson] brings back so many memories of him and it brings back the fact that I was fortunate enough to know him and regard him and his wife Elsie as friends. I think that’s probably the most important thing.

“I don’t think it [surpassing Robson’s milestone] does anything for me in terms of comparison because I don’t want any comparisons.

“But what it does, it just reminds me of how fortunate I’ve been to reach such a milestone and what’s more ‘replace’, if you like, someone who was such an important person to me in my early years.

“I’m lucky to be grouped with some really top people and when I say top people, I don’t just mean as coaches. I mean as characters as well within the profession I’ve chosen.

“Bob Robson and Sir Alex Ferguson are two people I was lucky enough to get to know well and admire. If I add Don Howe and Dave Sexton then I have paid tribute to all of my mentors.”

SEE ALSO: Quiz: Which 11 players has Hodgson used the most in his two years?

Despite overtaking such icons of the game - a challenge for anyone in football, regardless of when they started – remarkably Hodgson is yet to see signs of stopping anytime soon.

“When the day comes when I do start thinking about age and I do start thinking: ‘am I getting too old for this job?’, then I’ll do what’s necessary. But I haven’t felt that at all and in fact I’d say if anything, the job gives me energy.

“It doesn’t take energy from me. I feel more energetic, livelier and younger working here than I would if I wasn’t doing so.

“These months have been a very, very happy time.”

Both Hodgson’s contentment in SE25 and remarkable longevity will come as a relief to Eagles fans. Today, they watch their team managed not only by a boyhood fan, but, amongst other things, the oldest man in Premier League history too.

It helps to show that for both Crystal Palace and global football, Roy Hodgson is a true, incontestable icon.