In one of the longest and most diverse tales in modern football, the latest chapter closes. Curriculum Vitae, in its most literal translation, means ‘course of life’. The course of any football manager’s life is pitted with bunkers and fairways, greens and roughs, but few have had so many – and in such variety – as Roy Hodgson.

Born to a Newcastle United supporting father but with his roots firmly in south London, Hodgson was surrounded by the culture and community of Crystal Palace from the start. As a boy, he watched the European greats of Real Madrid – with superstars like Alfredo Di Stéfano and Ferenc Puskás fresh from European Cup triumph – take to the field at Selhurst Park for one of the stadium’s greatest nights. “To see them at Selhurst Park on a Wednesday evening, when we’d been used to watching Bradford Park Albion and those types of teams, was a very, very special occasion,” he remembers.

Hodgson progressed through the ranks after joining Palace’s Academy, and returned home each day to the building he and his family shared with Steve Kember’s, who made more than 200 appearances for the Eagles. Hodgson never got that far, falling short of the first-team - but a quirk of misfortune that would set him on course for the most remarkable and varied career of any Englishman to manage in the game.

Before Leicester City’s 5,000-1 title triumph, there was Halmstad. With the Swedish side condemned to relegation before a ball was kicked after surviving on goal difference the year before, Hodgson guided the team to the league title at the first time of asking – doing so again in 1979, pipping European Cup finalists Malmö in the process.

His reputation as a winner established, Malmö was his next destination. ‘Royson’, as the fans affectionately nicknamed him, won five consecutive league titles and two Swedish Cups at the club, and guided them to another memorable European night, knocking Inter Milan out of the European Cup in 1989/90. A lifetime contract was offered to keep him at the club, now with a stand informally christened ‘Roy’s Hörna’ (Roy’s Corner) by the matchgoing faithful, but unfulfilled ambitions remained. 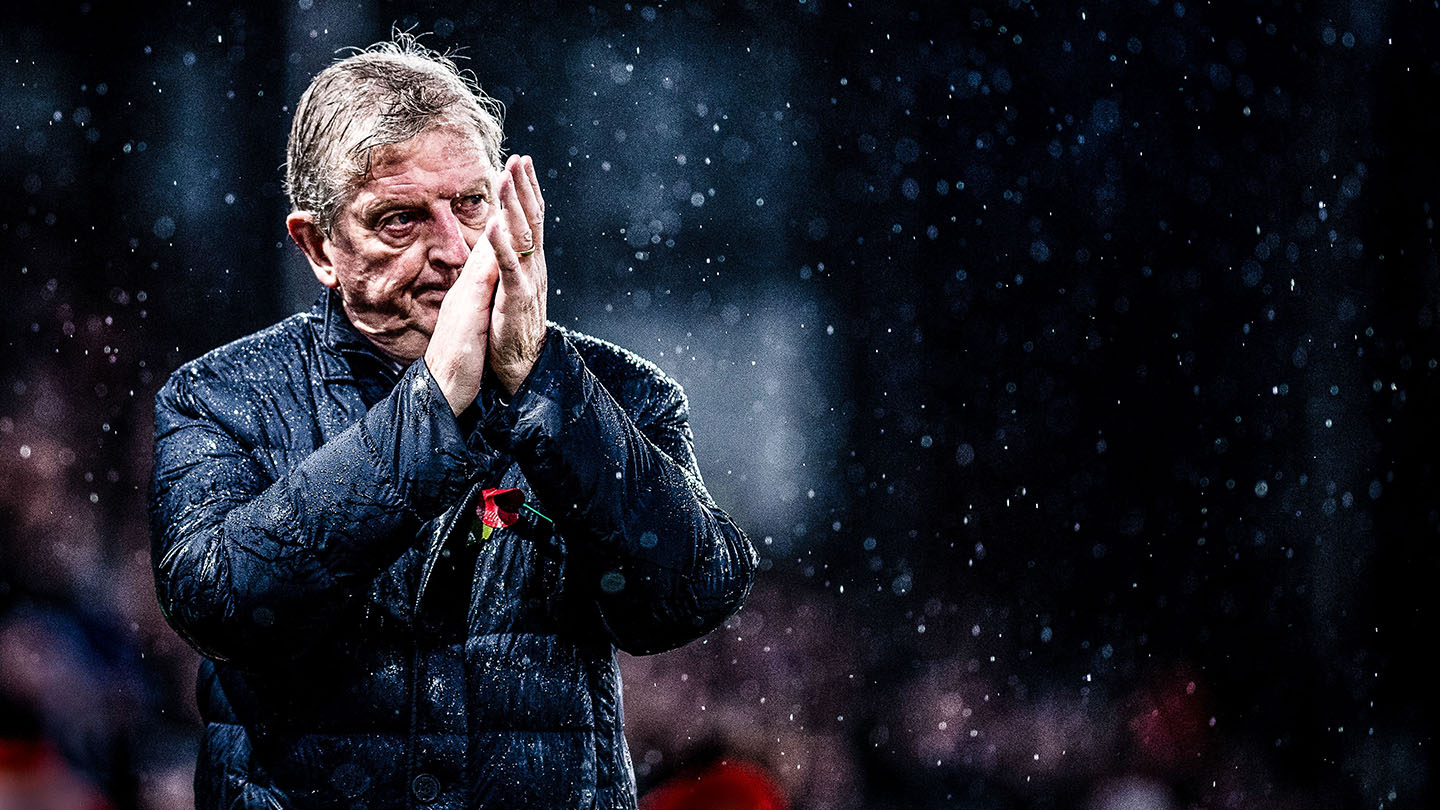 A spell at Inter Milan followed, a rebuilding job that culminated in a UEFA Cup final, but this was a period that saw Hodgson become a constant presence on the international scene. Switzerland beckoned, a nation without an appearance at a major tournament since his boyhood heroes were conquering all before them in 1966. Hodgson duly guided them to the World Cup in 1994, following it up by reaching the European Championships in 1996 without breaking sweat.

After a dalliance with the UAE came Finland: unusual destinations for English managers but for Hodgson another challenge to overcome. “I’ll always remember how he changed Finland,” remembers Shefki Kuqi, who starred for Hodgson’s band of international upstarts. “If he had come two or three years earlier, we would have qualified for a Euros or a World Cup, 100%. That tells a lot about what a manager Roy was.” Ultimately, they fell short of Euro 2008 by three points, finishing third in a group containing Portugal, Belgium and Serbia.

It was only natural that England’s most travelled coach was soon to make an impact on the country he called home. Earlier stints at Bristol City and Blackburn Rovers had borne results, but at Fulham his penchant for the miraculous struck once again, and soon wine flowed in place of water at Craven Cottage.

A surprise appointment, Hodgson masterminded an escape from relegation and began to fashion a side in his image, with players like Mark Schwarzer, Bobby Zamora and Zoltán Gera signed to little apparent fanfare. There was certainly no notion of this quaint west London club posing a threat to the fans in the piazzas of Turin or the beer halls of Hamburg, but after Fulham’s seventh-place league finish in 08/09, Hodgson’s replenished side were let loose on a European elite that likely presumed them just happy to be there.

But two magical ties and the vanquishing of two former European Cup winners later and Fulham were in the final. Football is not a fairytale and the Cottagers were cruelly beaten in extra-time, but as is so often the case, the journey – via Fabio Cannavaro’s Juventus and Ruud van Nistelrooy’s Hamburg – will be more treasured than the destination itself. 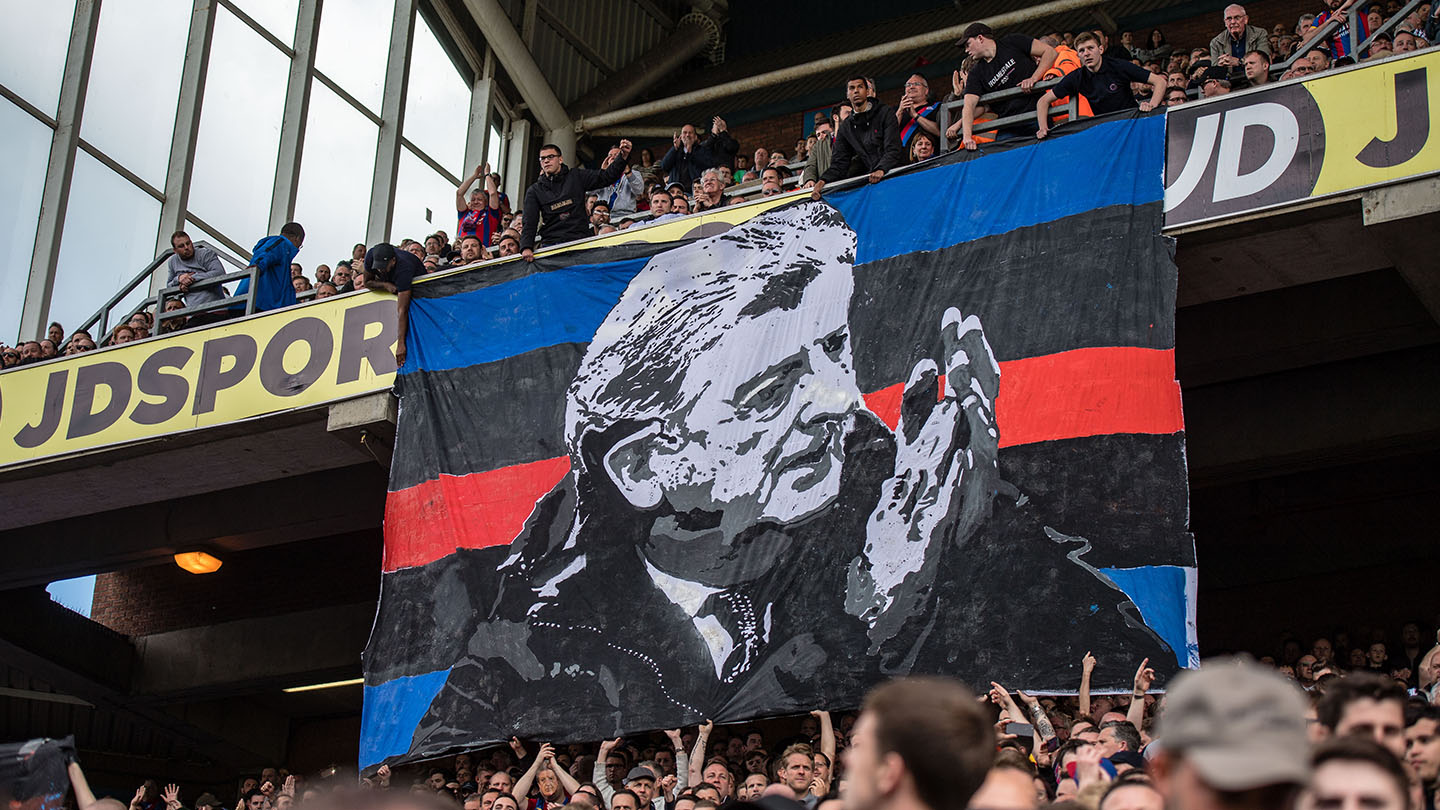 After adding experiences at Anfield and the Hawthorns to an intimidatingly comprehensive list of achievements, England came calling, and thus the managerial Everest had been summited at last. Hodgson led the Three Lions to three international tournaments, and kick-started the international careers of future superstars like Raheem Sterling, Marcus Rashford and Harry Kane.

A final chapter in the Premier League beckoned, and after his unparalleled willingness to venture into the unknown, it was the irony of fate which determined it should come in south London, where such an extraordinary career in football had began.

It is easy to forget the situation that faced Hodgson when he stepped into Selhurst Park as a Palace employee for the first time in more than 50 years. Four games, four defeats and no goals scored saw the Eagles a certainty for relegation with the season barely up and running.

It is no surprise, then, that the most experienced man in the room was also the calmest. Along came champions Chelsea, and so Hodgson’s fighting spirit was personified on the pitch as the stands he once stood in sucked the ball into the net. A 2-1 win, a much needed injection of adrenalin and a soaring rise to 11th later, and the manager had achieved what he came so close to as a boy: a defining role in the success of his childhood club.

Hodgson’s tenure has been peppered with more such moments since, where the 11 men on the field embodied the drive, determination and quiet confidence that characterised his move to Sweden all those years ago. Andros Townsend’s rasping volley at the Etihad; Wilfried Zaha’s Old Trafford revenge; Christian Benteke’s Brighton bombshell. Each met with gleeful fists pumping on the sidelines by a man who has seen it all and yet took great pleasure in the continued ability of football to surprise him, and to stir emotions in a way that only sport can.

And suddenly something that no amount of experience can prepare one for: a global pandemic that threw 50 years of relative continuity into chaos. Streets and stands stood silent, flags flew at half-mast and loved ones were lost. In the midst of it all, what comfort football gave us – what sense of normality in a world we simply refused to believe could become ‘the new normal’. And at the centre of it all – as he had been for more than half a century – stood Hodgson, adapting and thriving, and guiding Palace to safety once more. 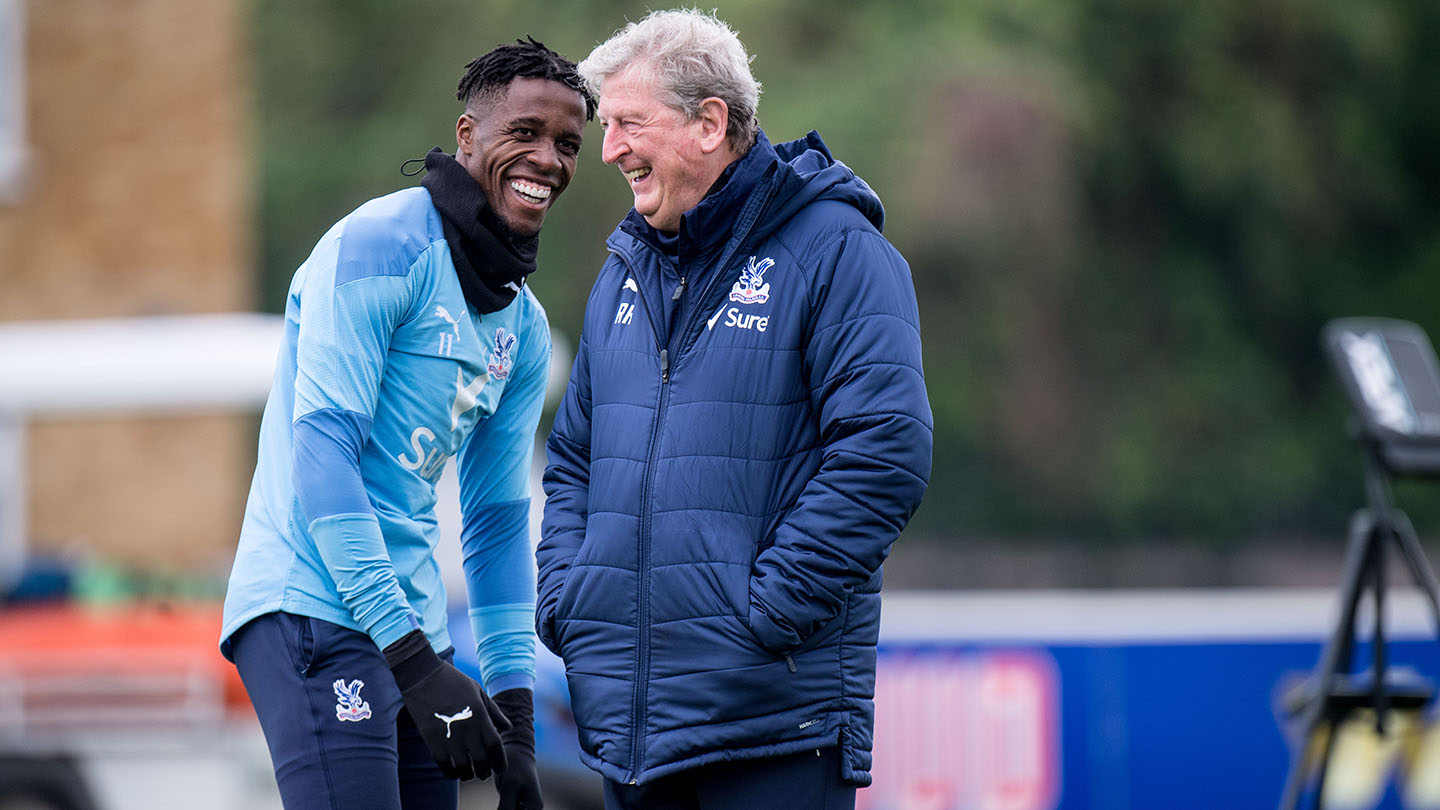 While he will never witness another capacity crowd as Palace manager at Selhurst Park – although a warm welcome will always await – the 25,000 who make up the next full-house will be acutely aware, directly or indirectly, of the impact he has had on their club and the national game.

They will see Palace close in on a decade of uninterrupted top-flight football. They will see a team packed with global stars, many of whom could converse with their former manager in their native tongue. Most importantly, they will see a club at the heart of its community and yet looking outwards to the world; a team that for four years was inspired, managed and governed by three childhood fans and local boys, and that, even as billions tune in to watch the Premier League every week, still very much flies the flag for south London.

READ NEXT: Roy Hodgson to step down as Crystal Palace manager