What makes Crystal Palace Football Club special? There are plenty of answers. But for James Scowcroft it is the community. This is why, when the club began its initiative to phone all Season Ticket holders over the age of 70 after the coronavirus lockdown, Scowcroft was more than happy to make a few

“Dougie Freedman asked a few of us to get involved as he had been doing the same,” Scowcroft reveals how he, a Crystal Palace scout, found out about the initiative in the first place. “To begin with, because I’m based in East Anglia, I was given names of supporters close by in case they needed any further assistance that I could’ve potentially provided. 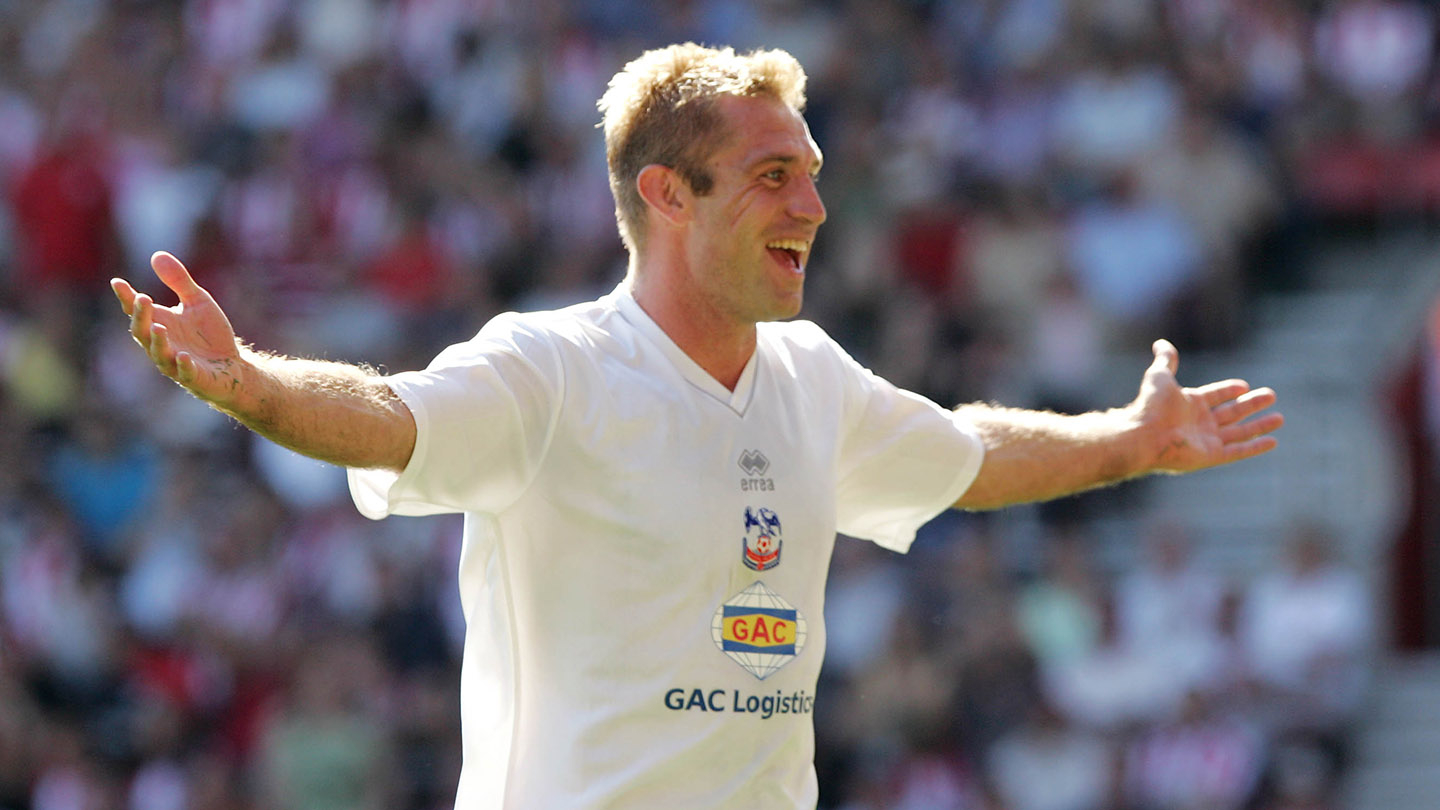 “I always found it interesting when I was at Palace as a player, because I divided my time between Suffolk and London, I’d find loads of fans would come up to me in Suffolk.

“That was similar to last week when I made the calls – amazing to see the support the club has nationwide.”

We laugh at the thought of unsuspecting fans picking up the phone to former player James Scowcroft. But Scowcroft reveals he rarely mentioned that on the other end of the line was the man with Crystal Palace’s 2008 Goal of the Season.

In fact, it was the fans’ stories that proved more interesting to Scowcroft: “As the week progressed, I picked up more phone numbers from people further afield,” Scowcroft highlights his and the club’s commitment to the cause. “I ended up speaking to someone who lives 50 miles north of Newcastle and yet goes to every game. Incredible.

“I then spoke to someone who used to be a scout at the club years ago and he actually discovered Terry Fenwick who went on to play for England. It was fascinating hearing his stories.” 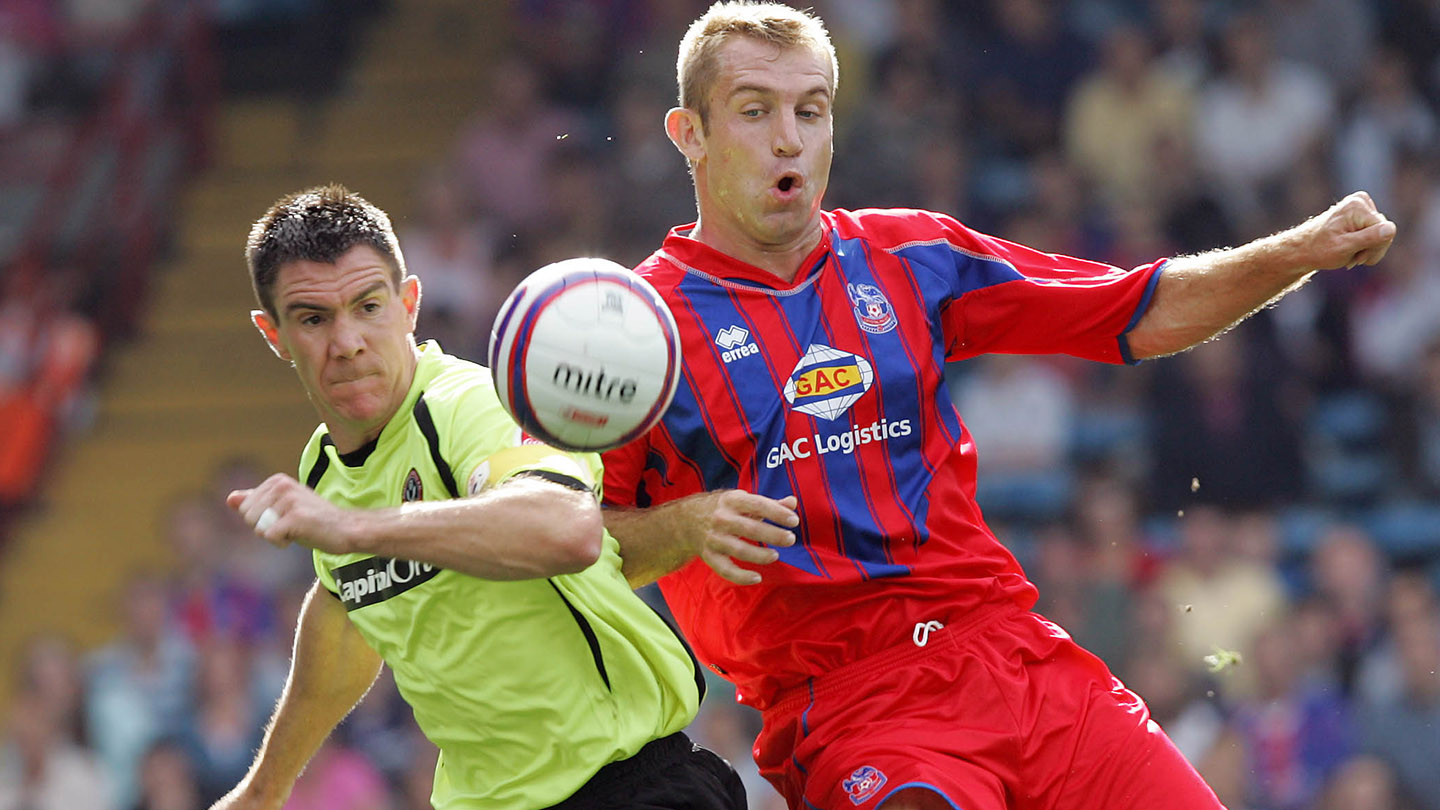 With a brief escape from the current situation the world finds itself in and the feelgood factor restored, we return to Scowcroft’s role as a scout at the club – after all, the Wikipedia wormhole states that he is still part of Ipswich Town’s Academy.

“Of course, I used to play with Dougie,” Scowcroft begins to detail his return back to Selhurst Park. “And over the years I’ve bumped in to him and always had great conversations about football.

“It was probably about a year ago that Dougie invited me on board and I jumped at the chance. It has been really, really good. Dougie is building an excellent team behind the scenes.

“A Sporting Director’s role is to build behind the scenes and build for the future and I think the club, going forward, looks really, really good. We’ve got an excellent Chairman in Steve Parish who is hands on and pushes the club as much as he possibly can. 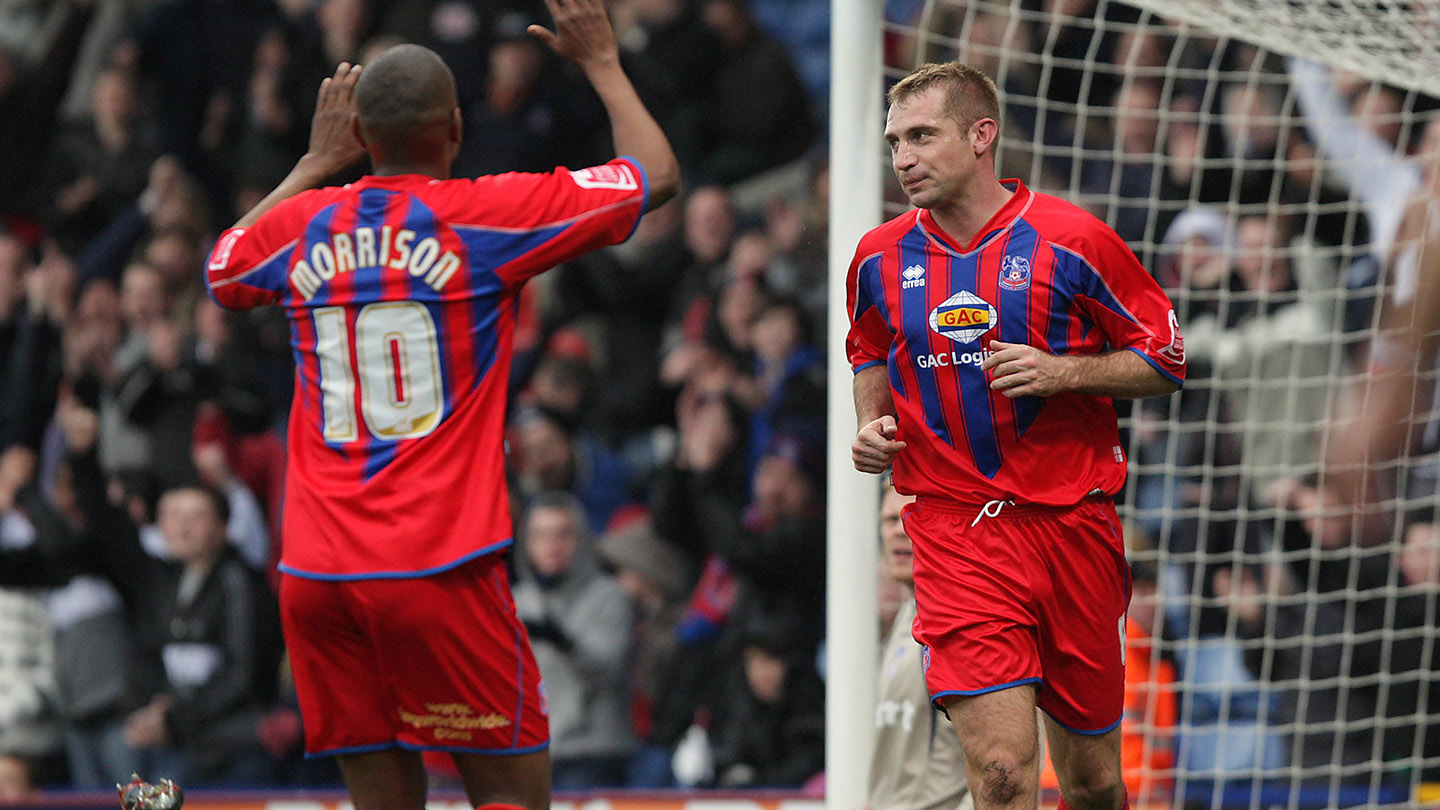 “I’ve worked for two other Premier League clubs but they didn’t have the infrastructure we’ve got at Crystal Palace.”

With plenty of Scowcroft’s former teammates making up the setup at Palace across the Academy and scouting network, it’s no surprise to him that Freedman finds himself as one of the people leading this bright new future for Palace.

“He was an intelligent, forward-thinking player in the game and then he has gone on to be a manager so he has seen the game from many different angles – he is gold dust for Steve Parish to have that link and that sounding board to work with.” 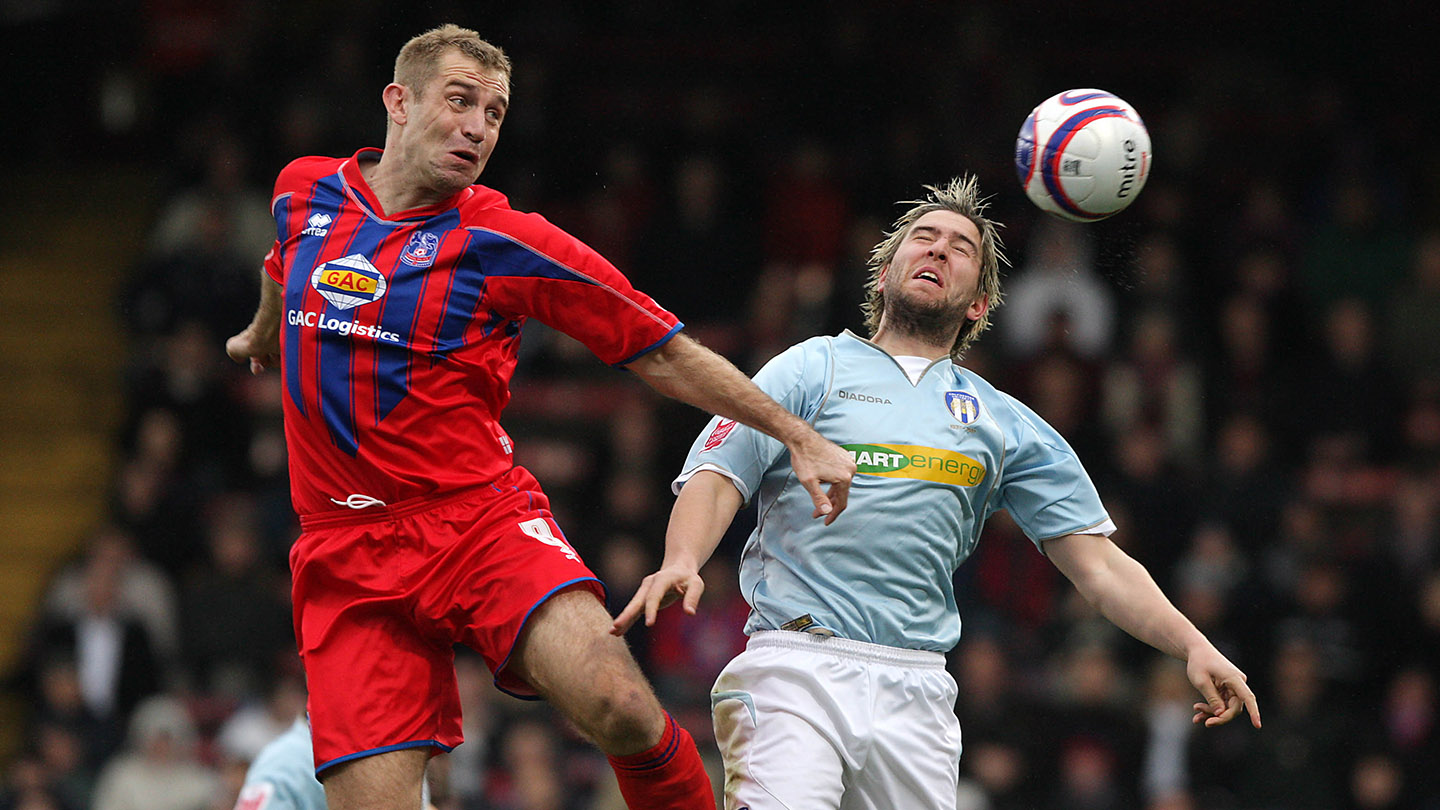 With the south London market competitive in terms of nurturing and developing young talent, Scowcroft reveals his priorities of unearthing the next exciting prospects to bring to SE25 take him to Europe.

“I do a lot of stuff abroad – I’m mainly in France. I spend probably two weekends in a month going all over France. But I’ve also spent time in Italy watching the England Under-21s and visited Poland to watch the Under-19 tournament.”

“The move to Palace almost happened a year before it did,” he reveals. “Iain Dowie tried to sign me from Leicester City - it was going to happen and then it didn’t. It was a shame as I was up for coming.

“Nine months later, Peter Taylor got the job and I knew Peter quite well from his time as manager of England Under-21s.” 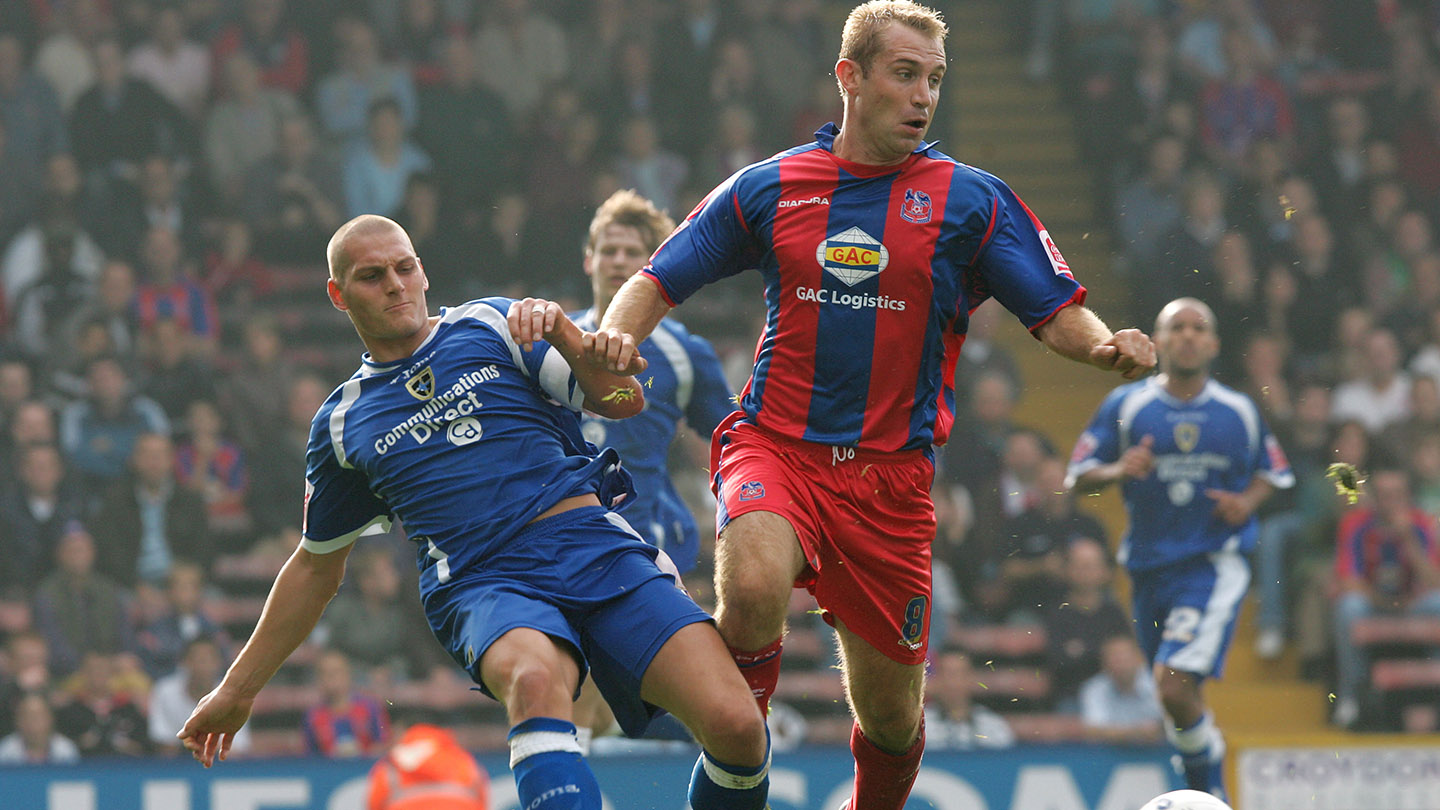 This time, Scowcroft completed the move, and things got off to a flyer: “I scored on my debut away at one of my former clubs Ipswich,” he recalls.

“Of course,” he stops us in our tracks as he knows what question is about to come. “I always celebrated for the team I was playing with – I wasn’t one of those to buy in to that politically correct nonsense.”

And neither was Peter Taylor, as clearly demonstrated by his post-match comments after Scowcroft scored a hat-trick against Southampton on the opening day of the 2007/08 season.

Here’s what our former manager said: "James does not score enough goals. We had a chat in pre-season, and I told him that. It is something he has to look at. He wants to join in the play all the time, but he has to learn to get closer to the box and closer to the goal.” 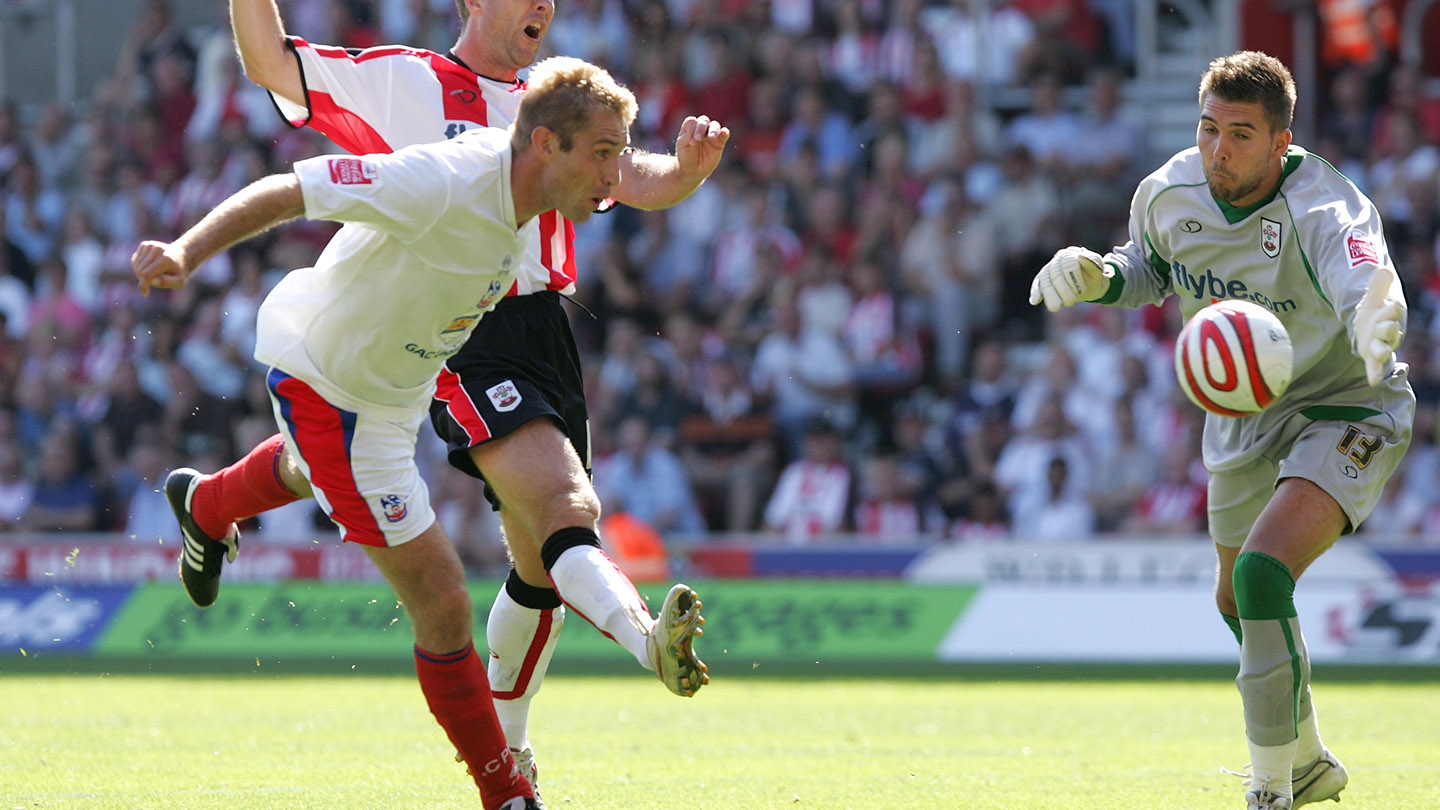 Questioning how he would’ve taken it, Scowcroft totally understood and agreed with Taylor: “That’s Peter being honest. And most managers are.

“Most managers are very critical. That was the season I scored Goal of the Season at Wolves away and Neil Warnock was in charge then and he had a go at me after that game for something.”

We had to ask but the answer is: no - Scowcroft hasn’t mentioned anything to Wayne Hennessey about our current ‘keeper being in the Wolverhampton Wanderers net when Scowcroft unleashed his rocket of a 30-yarder to secure “probably my best goal of my career.”

Being at Palace for his finest goal, you have to wonder whether Scowcroft might have had some of his finest times, too, had the move materialised earlier in his career. It’s certainly something our former striker sometimes ponders: “I really enjoyed my time with the club and it was a shame it came towards the end of my career. It was a really, really good football club and it has only developed further when you look at how far it has grown since I was playing.”

Dougie Freedman building behind the scenes, former players like James Scowcroft scouring the globe for the next sparkling talent, it is safe to say that Palace’s trajectory is continuing upwards.