Sean Scannell starts and ends this interview by making the same point. “I just loved Palace when I was a kid,” he says, before later reiterating: “I love Palace and I still do to this day.”

Sean Scannell is a boy from Ashburton, near Addiscombe, who would walk the mile from home to Selhurst Park alongside fellow fans and later, having represented Palace 141 times, sit amongst them to watch his team compete in the Premier League.

He would earn international call-ups to play youth football across the world but “end up looking forward to… going back to my club.”

As a youngster, Scannell dreamed of wearing red and blue while two of England’s biggest clubs, Chelsea and Arsenal, offered him alternative development pathways. Years later, as a teenager, his commitment to Palace remained unfaltering as interest from other giants – Manchester United, City and Everton among them – gathered pace.

He is the epitome of his boyhood club’s ethos: South London and Proud.

For a boy enamoured by football – competing not only at Arsenal and Chelsea trials, but with Addiscombe Corinthians, Ashburton school and Brixton’s Afewee Academy, too – representing the local side was an obvious source of pride, and how Palace made it unique is clear.

“When I ended up playing for Palace as a kid at 11 or 12, it was just a dream come true,” Scannell says.

“A scout called Derek Millen [father of Keith] used to pick me up from my house, take me to training and drop me back – because we were young and trained at night. Right at the back behind the hedges [at the Copers Cope Training Ground] was a big sand Astroturf and he’d take me there and drop me home twice a week.” 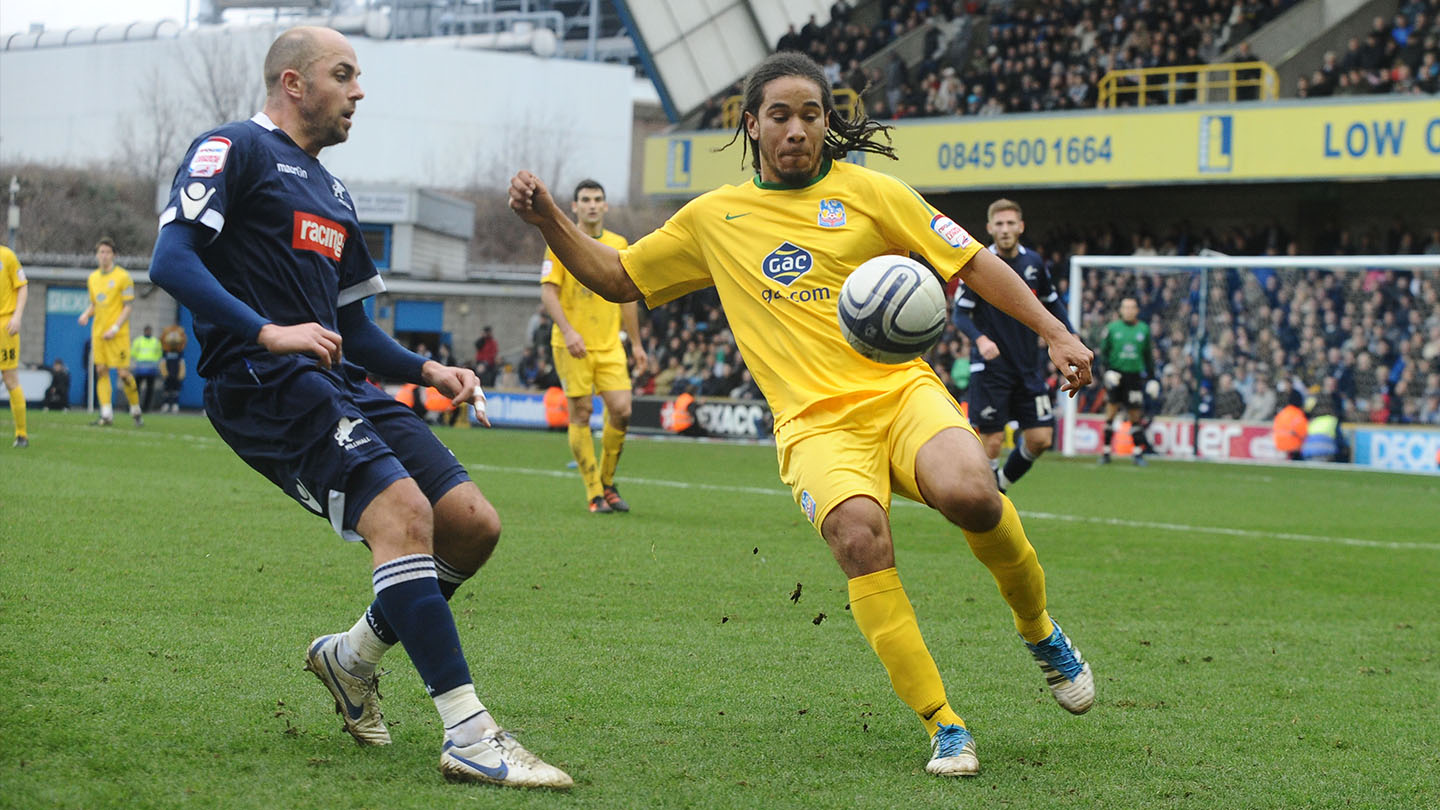 Millen wasn’t the only Palace figure supporting Scannell off the pitch, however, with the now-30-year-old also explaining Clinton Morrison’s impact on his fledgling career:

“Clinton was massive for me, he looked after me throughout my whole time at Palace… Even when I was in the youth team and training, he would always come to check on us – him, Tom Soares, Ryan Hall, [Lewis] Grabban, Lewwis Spence, they all checked on us.

“Even when I wasn’t playing well, Clinton would come and talk to me and he used to pick me up from my house for training.

“My dad loved him because he’s Irish. I remember one time when I was young he gave me a bag of clothes with nice tracksuits before I started playing first-team level; I was over the moon, thinking to myself: ‘Oh my days. All these tracksuits. Is he giving them to me for free or is he expecting something?!’ He’d just look after me – anything I ever needed, I could go to Clinton.”

This unprecedented progression led the club to erect memorable ‘Born in south London’ billboards boasting their proudest graduates throughout Croydon. But it took more than just a twist of fortune to achieve it, and Scannell paints a picture contrasting today’s rose-tinted view of a golden generation:

“When I first signed for Palace, John Bostock was the only kid from that who came through.

“Every year people got released and we got our scholarships. When I first joined Palace, we were getting battered left, right and centre. We were getting destroyed – one time we lost 14-1 against Arsenal, 8-0 to Chelsea.

“Then people came in like [Academy Director] Gary Issott and Micky Hazard and after that a lot of things started changing. That’s when the Academy started becoming better and more competitive and, by Under-16s, we were really good. We’d be the team battering others.”

Today, Scannell cites Palace’s density of talent as why so many forged careers in the professional game. Clusters progressing together is a notable pattern in football, after all: Palace’s ’77 FA Youth Cup team contained a full XI of future graduates, teenage Richard Shaw, John Salako and Gareth Southgate played together in the late ‘80s and Eberechi Eze competed with two professionals in his school year.

With a lineage like that, nurturing Scannell and Co.’s ability was second nature for the Eagles under Neil Warnock:

“Neil Warnock had a big part,” Scannell says. “Back then, even before I played, you look at a lot of teams and there weren’t a lot of young players. Everyone just had a good, solid, experienced squads.

“Neil Warnock came in and started introducing youngsters… I remember playing at 17 with two or three of us on the pitch at the same time. That was almost unheard of. 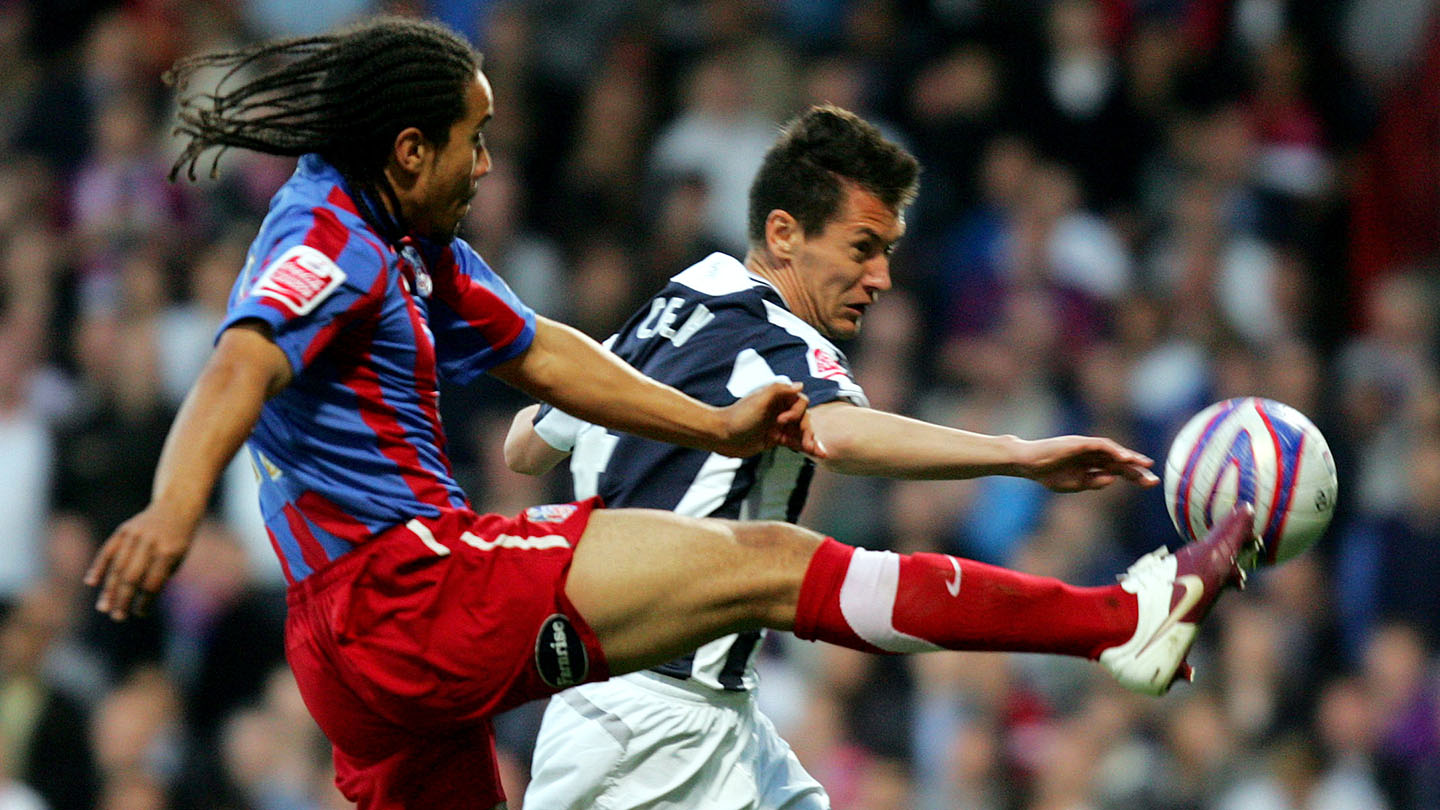 “They didn’t put too much on our shoulders and that was a massive thing. When you’re young nowadays, people expect, don’t they? Because there are so many good youngsters out there, when you get brought through it’s: ‘Okay, everyone else out there is doing it – now you do it.’

“But back in the day it was so chilled. They didn’t expect nothing of us – they saw we had ability but they didn’t expect us to do crazy stuff. Then when we did do it, they kept our feet on the ground.

“The first-team players and Neil Warnock made it easy because no one’s shouting at you, everyone’s encouraging you to do better. Everyone wants you to do better and is helping you.”

One man willing Scannell to success did so less conventionally than Warnock and his seasoned players no doubt managed.

Instead, Brendan, Scannell’s father who passed away in 2015, followed his son’s career without quite grasping the nuances of his success.

“He just loved the fact his son played football,” Scannell says today. “But he never understood the game – for years. My brother [Damian] played football as well for Southend and Dagenham, but when my dad was alive, he’d come to watch me and never understand the offside rule.

“He’d be baffled – he’d be confused by people taking throw-ins. He’d be like: ‘Why are people picking up the ball?’ But his main thing was being a proud father. Every single home game, he’d be there without fail.

“Even if he didn’t understand it, he’d just love the fact he was sitting with a bunch of people watching his son play football. It was more of a proud thing rather than him being a fan.”

Eventually, the “dream” of playing for Palace had to end. It came with a re-angling of the squad after financial catastrophe in 2010, with several of the season's core figures departing in the years immediately after.

Scannell spoke with then-manager Dougie Freedman about his future and “after that decided to go”. He says he would have “stayed at Palace forever” if football worked that way, but goes on to explain that his admiration for Freedman and the club lingers:

“When I was playing for Dougie, he always helped me out. Even if I wanted to speak with Dougie now, he’d be there for me. Throughout my whole time at Palace and even when I saw him after – one time at Bradford he came in to training and we had a conversation – Dougie’s always been there for me.

“The respect I have for Dougie – I’d respect anyone’s decision and obviously I didn’t want to [move] because I loved it at Palace but managers make decisions all the time. Sometimes, whether you like it or not, you have to keep going and accept it.”

Scannell joined Huddersfield Town after leaving south London in 2012, notching 171 games for the Terriers. Moves to Burton Albion on loan, Bradford City and Blackpool followed and the winger today plies his trade with Grimsby Town.

Ending his time by briefly explaining why international caps never came for the Republic of Ireland or Northern Ireland – the former losing touch and the latter losing patience – Scannell has one thing left to add.

“Tell everyone I love Palace and I still do to this day.”

And, with that, we’re back where we started.

READ NEXT: How a Brixton community Academy sent Clyne and Sean Scannell to the top