Club stalwart Julian Speroni has won the Chairman's Award for Outstanding Contribution at this evening's free to attend End of Season Awards.

Speroni, who will have been with the club for 15 years in July, was selected by chairman Steve Parish to receive the award as the fourth most capped player in the club's history.

The four-time Player of the Season joined Palace in 2004 from Dundee and has seen the club relegated and promoted back to the Premier League in his time, featuring in both the 2010 Survival Sunday clash and 2013 Play-Off final as well as 403 matches elsewhere.

The club's record holder for the most kept clean sheets (112), Speroni is also the Eagles' most played goalkeeper in history and received praise from Parish having received the award, with the chairman saying: "In the modern era you just don't get this kind of thing. You don't get players who've had the opportunity to leave but always done the right thing, always been available, always performed. This guy is an absolute model footballer.

"When you give your whole professional career to a football club, that's a lifetime." 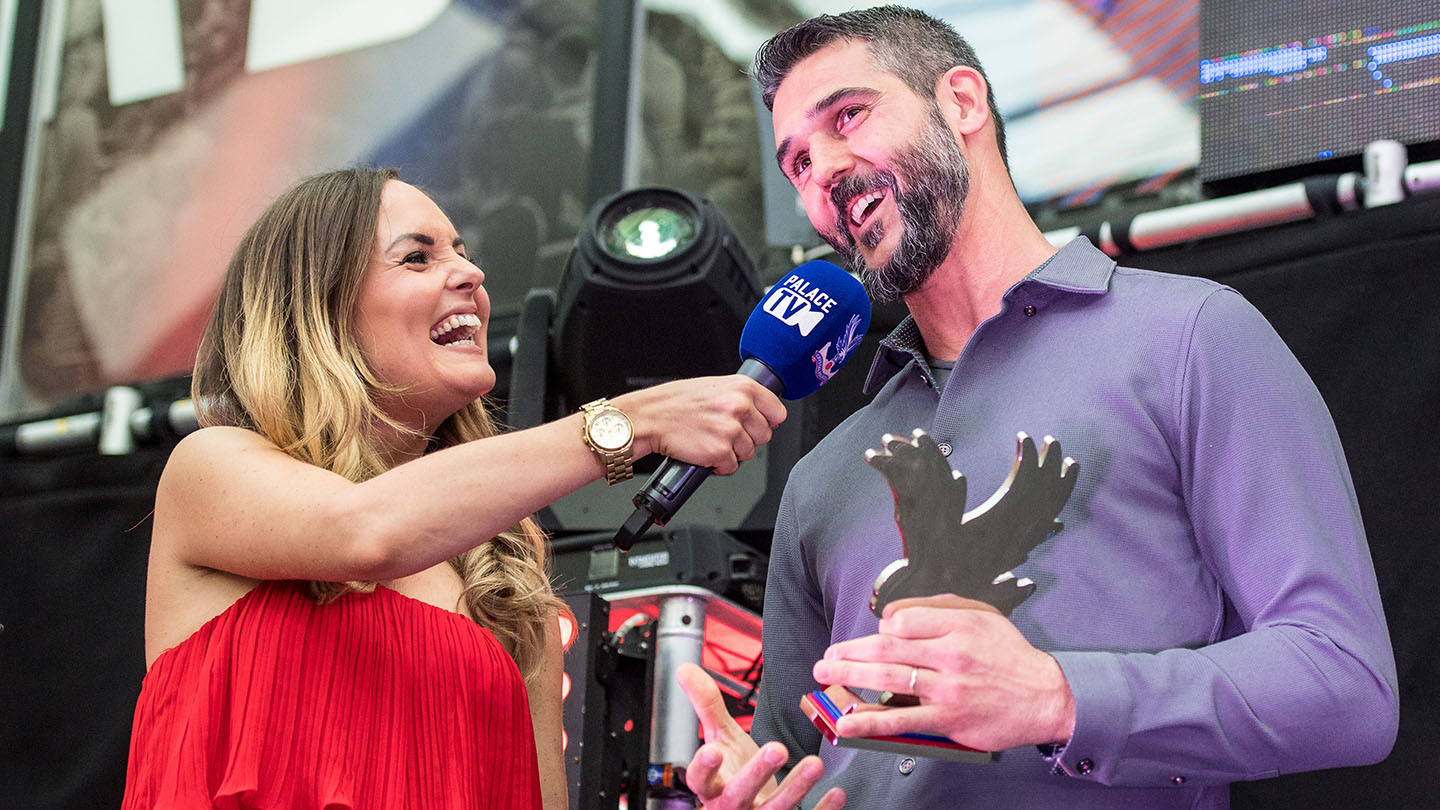 Once the crowd had stopped singing his name, Speroni also spoke, saying: "It's been 15 years. Thank you for the award. I can't really express how much this means to me, how much the fans mean to me and not just to me but my family too. My son wants to be a goalkeeper as well and to see him wearing a Palace shirt makes me so proud!

"I can't thank everybody enough. They show their appreciation, the love and it goes both ways."