When Eagles Dare - highlighting the players you don't meet on screen

Crystal Palace’s resurgence from 2010-2013 can be attributed to a number of key players and staff, many of whom feature throughout each episode of When Eagles Dare.

There were some players that didn’t have interviews, but still played a massive role in the team - find out more about them below.

Jonathan Parr is a Norweigan left-back who played for Palace between 2011 and 2014. He joined the club from Aalesunds FK in the summer of 2011 and hit the ground running. His first season in south London saw him make 45 appearances, scoring twice, whilst picking up the club’s Player of the Season award.

He played a massive part in the 2012/13 season and was first-choice left-back for both Ian Holloway and Dougie Freedman, before his ankle injury in late April which ruled him out for the rest of the campaign.

Parr returned from injury after nine months to feature in the Premier League against Newcastle United, though his time at the club came to an end in 2014 as his contract expired. He made 101 appearances for the Eagles across all competitions, scoring twice.

After a brief spell at Ipswich Town, Parr is now back in his native Norway playing for Strømsgodset Toppfotball. 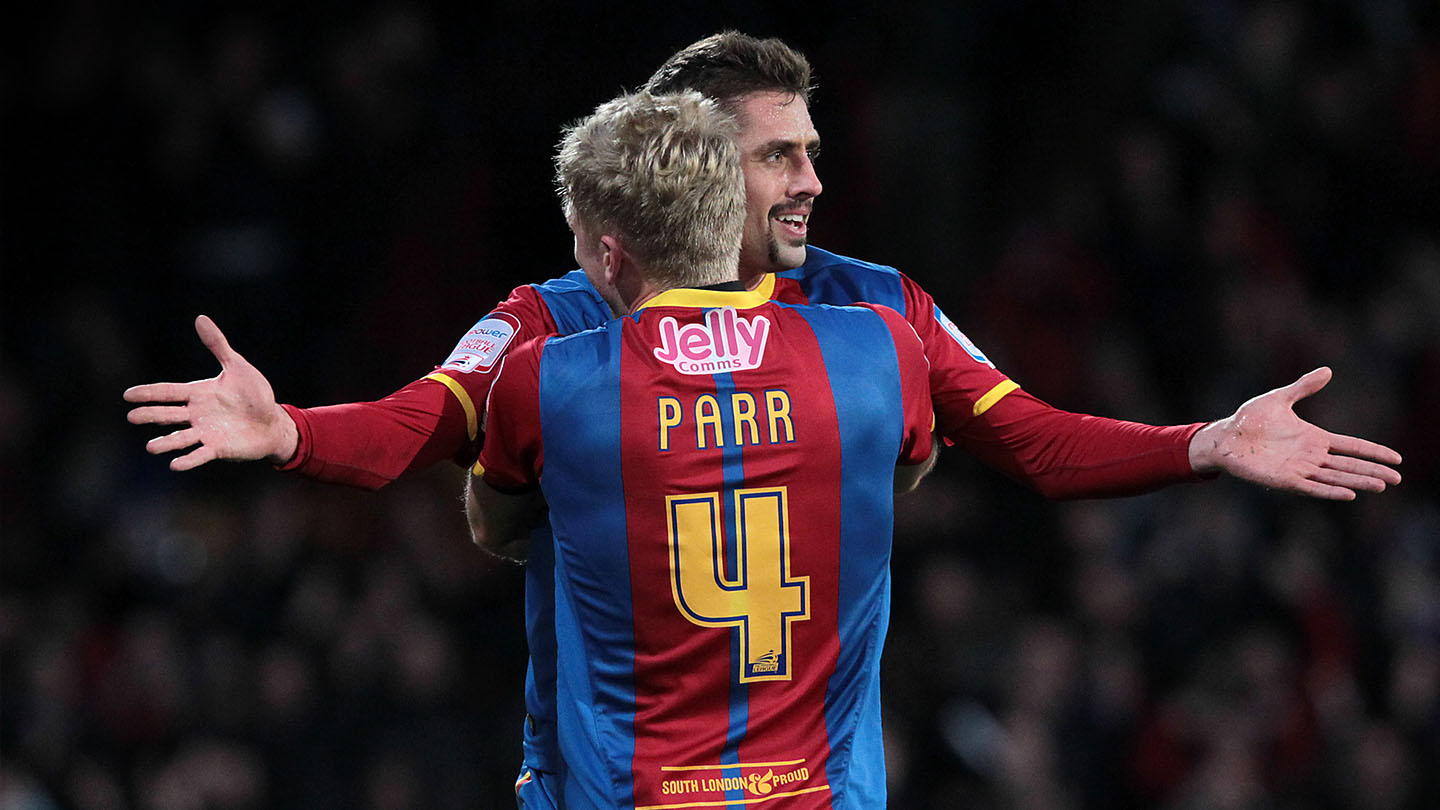 André Moritz is a Brazilian midfielder who played for Palace during the 2012/13 campaign. He signed a one-year deal with the club after arriving from Turkish side Mersin İdmanyurdu.

Moritz slotted straight into the team in the No.10 role as part of Freedman’s system and continued to play there under Holloway. He scored a number of crucial goals for the club on the run to the play-offs, including the equaliser in the 2-1 away win over Peterborough and two free-kicks in the same match against Wolves.

After Palace secured promotion, Moritz’s contract was not renewed and he instead reunited with Freedman at Bolton Wanderers. He followed a year at the Reebok Stadium with a number of spells at clubs in India, Turkey and his native Brazil.

Fans remember him today for a popular chant. 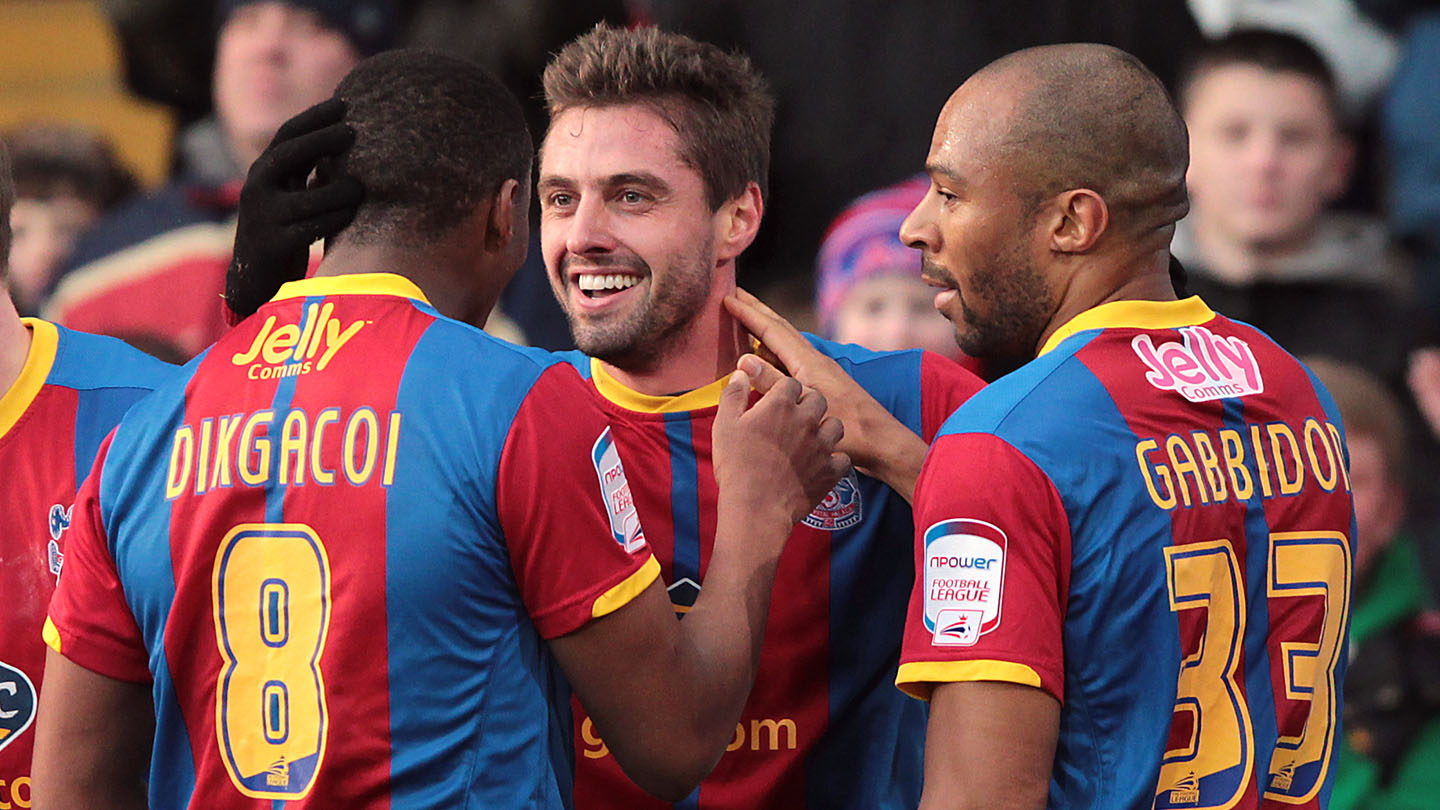 Owen Garvan is an Irish midfielder who played for the Eagles from 2010-2015. He was one of the first signings Palace made after surviving administration in 2010, after joining the club from Ipswich Town.

He was versatile in the centre of the park, slotting in to defensive midfield when required or playing further up the pitch in a more attacking role.

Garvan featured regularly across three seasons in the Championship, making 83 appearances and scoring 10 goals, including a start in the play-off final against Watford.

Upon promotion to the Premier League, Garvan featured in the opening two matches before being loaned to Millwall in January. Another loan spell at Bolton was followed up by a move to Colchester United at the end of his contract in 2015, before he finished his career at St Patrick’s Athletic in Ireland. 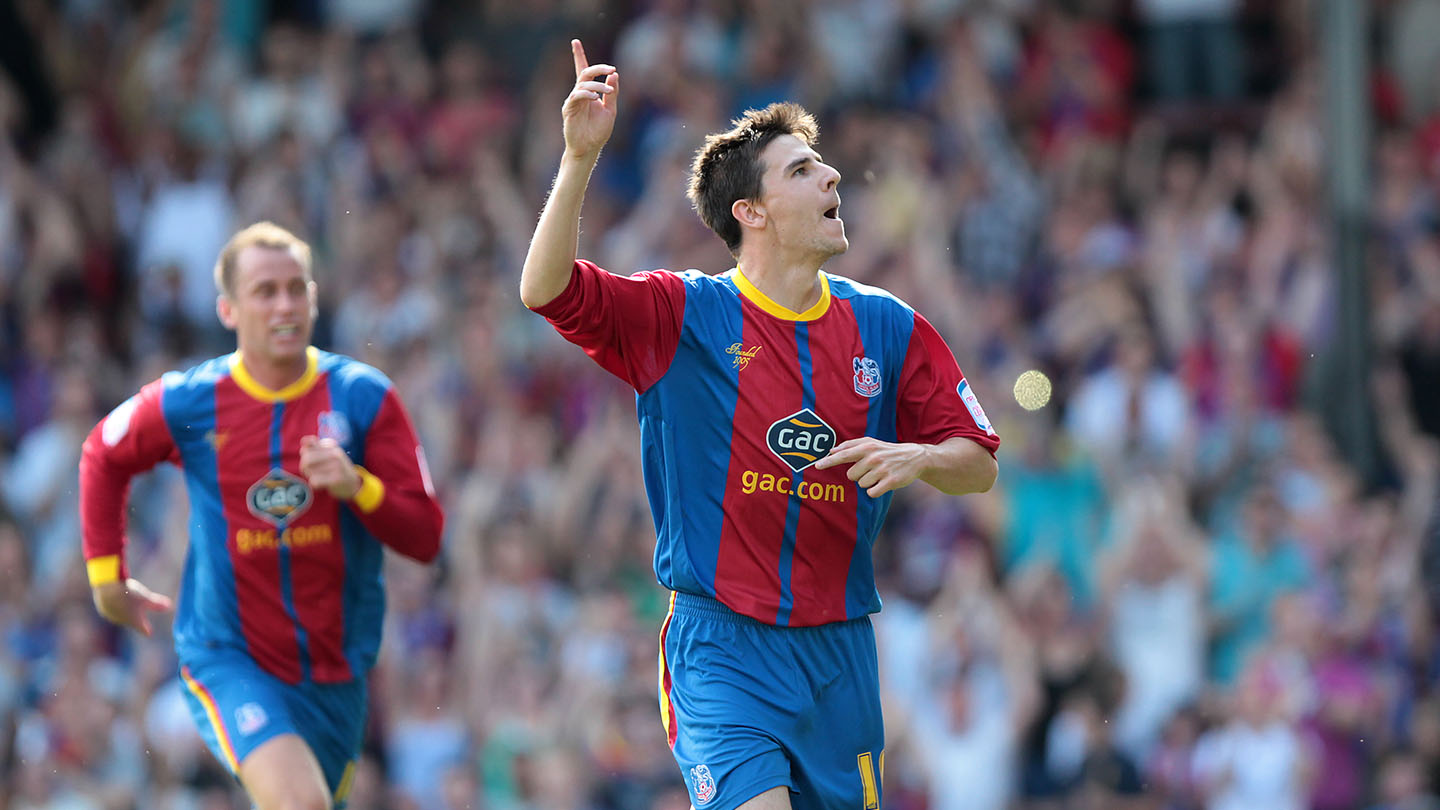 Stephen Dobbie joined Palace from rivals Brighton & Hove Albion on loan midway through the 2012/13 season. The Scottish midfielder was reunited with his former manager Holloway who he played under at Blackpool.

Having previously been promoted with Swansea City and Blackpool via the play-offs, Dobbie's experience proved vital as he made 15 appearances during his spell at the club, scoring three goals.

After his loan came to an end, Dobbie signed a two-year deal with the Eagles, though he went back on loan to Blackpool shortly after. Following another loan to Fleetwood Town and then signing for Bolton Wanderers, Dobbie rejoined Queen of the South where he retired.

Dean Moxey is an English left-back who joined Palace from Derby County in January 2011.

He slotted into the team perfectly, playing regularly and scoring his first goal for the Eagles against his former team Derby in March that year.

Moxey continued to feature heavily in the 2011/12 campaign, making 29 appearances, and also in 2012/13 as he helped the club achieve promotion via the play-offs. He alternated with Jonathan Parr for the left-back role and occasionally played further forward as a left-winger.

Moxey made 20 appearances in Palace’s first season back in the Premier League. Overall, he played 103 games for the Eagles before joining Bolton in 2014 and later Exeter City. He is currently playing for Torquay United. 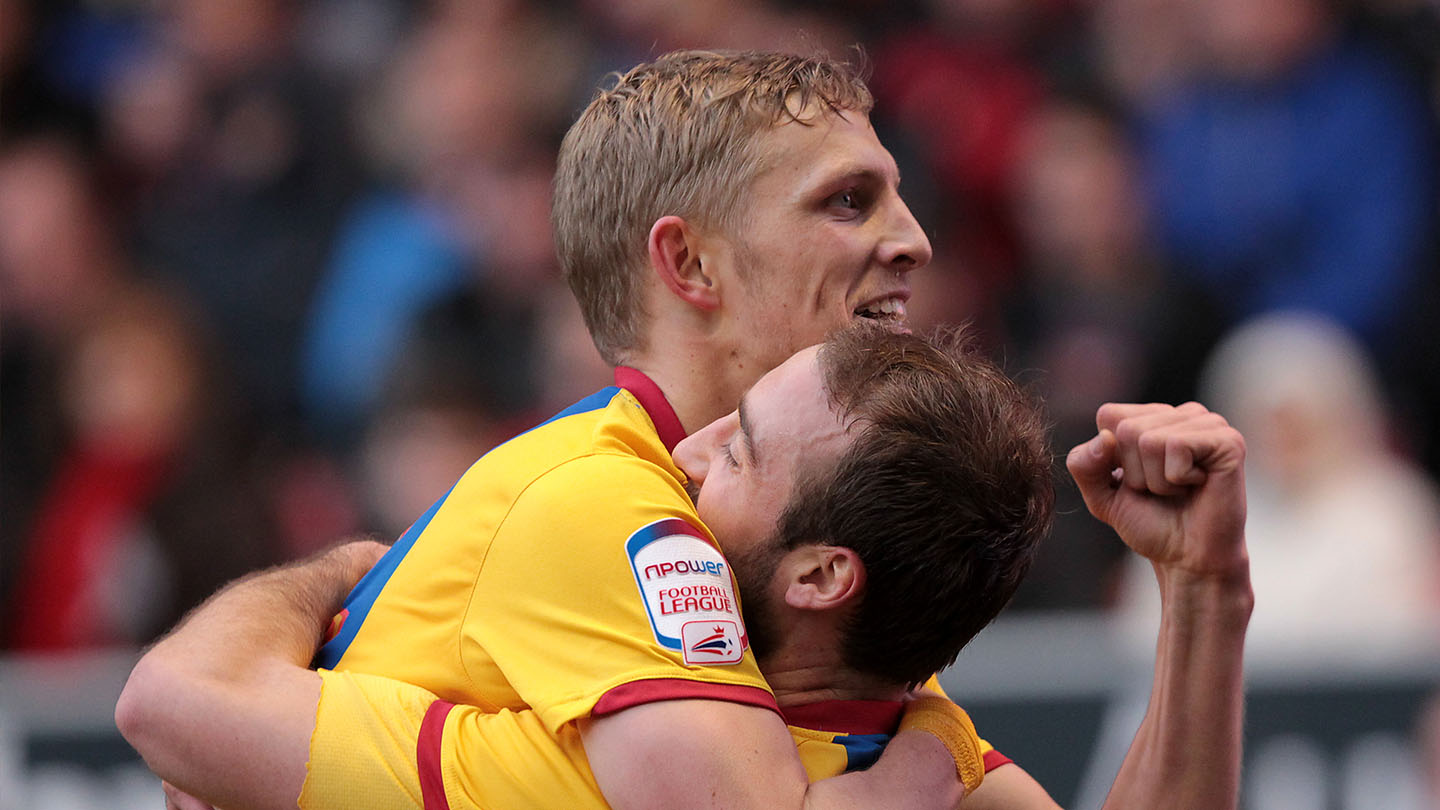 The veteran Welsh centre-back brought experience to the Palace defence, playing when required in place of Damien Delaney, Paddy McCarthy or Peter Ramage. He made 10 appearances for the Eagles during his first season at the club, scoring once, but his efforts contributed towards promotion via the play-offs. He played in both legs of the semi-final and the full 120 minutes at Wembley.

In the Premier League, he played 24 times for Palace, scoring one further goal. Overall he made 35 appearances in red and blue before moving to Cardiff City as his contract expired.

He acted as a player/coach for Cardiff before moving to his hometown club Panteg to continue the same role. He now works as a pundit for various Welsh media outlets. 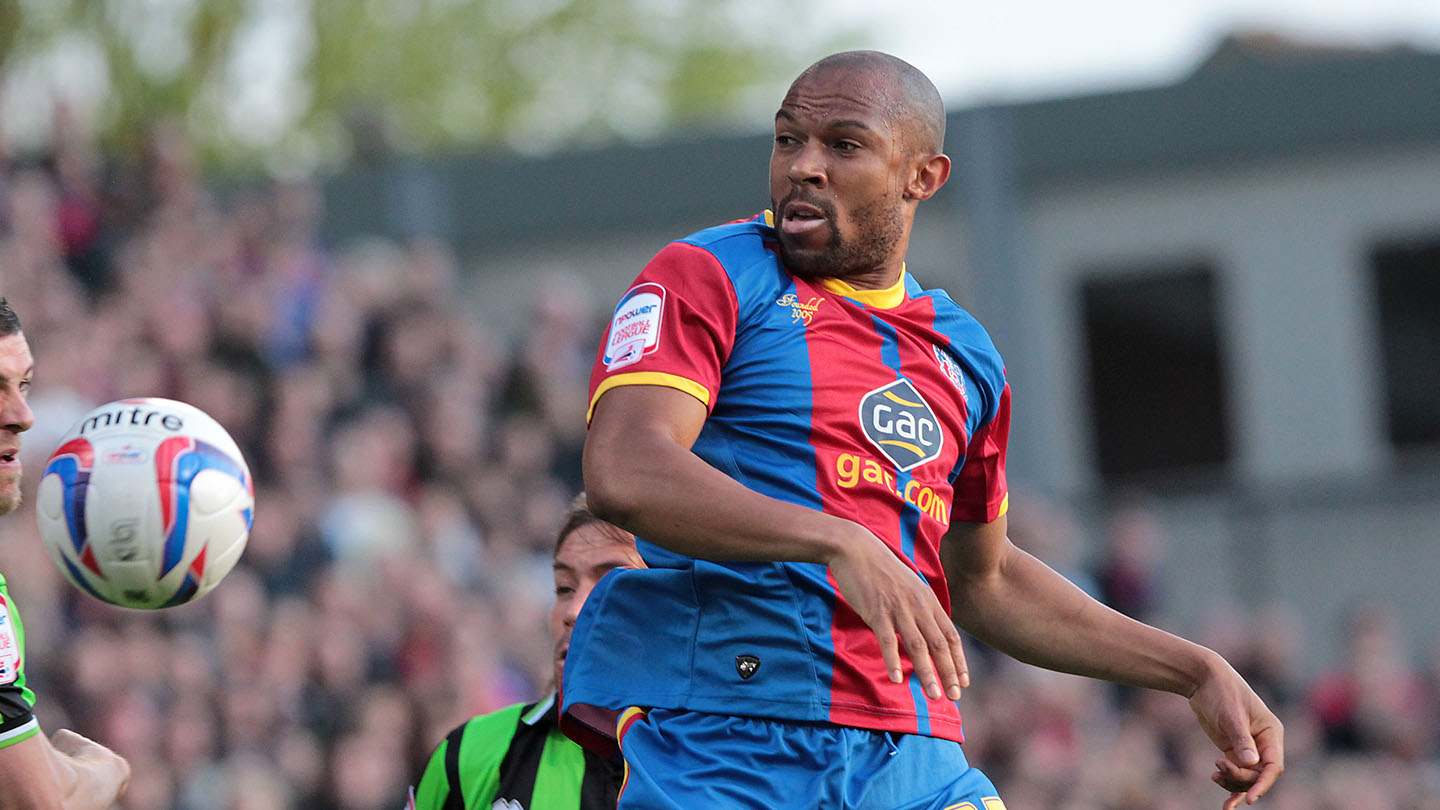 Aaron Wilbraham joined the Eagles in summer 2012 on a free transfer from Norwich City. The English striker played a relatively small role in the promotion season for Palace, coming from the bench when needed and filling in for the likes of Glenn Murray and Kevin Phillips.

However, his main impact came off the pitch, where 'Alby' was a highly popular figure and experienced head who acknolweged that Murray's form would change his purpose somewhat.

Wilbraham never scored in the league for Palace, though his only goal of the 2012/13 season came against Preston North End in the League Cup. He played a big part in the play-offs as he deputised for the injured Murray in the second-leg against Brighton and in the final.

He made 32 appearances for the Eagles during his two seasons at the club, scoring twice, before moving to Bristol City. Three years at Bristol City saw him move briefly to Bolton and then to Rochdale. He is now assistant manager at Shrewsbury Town. 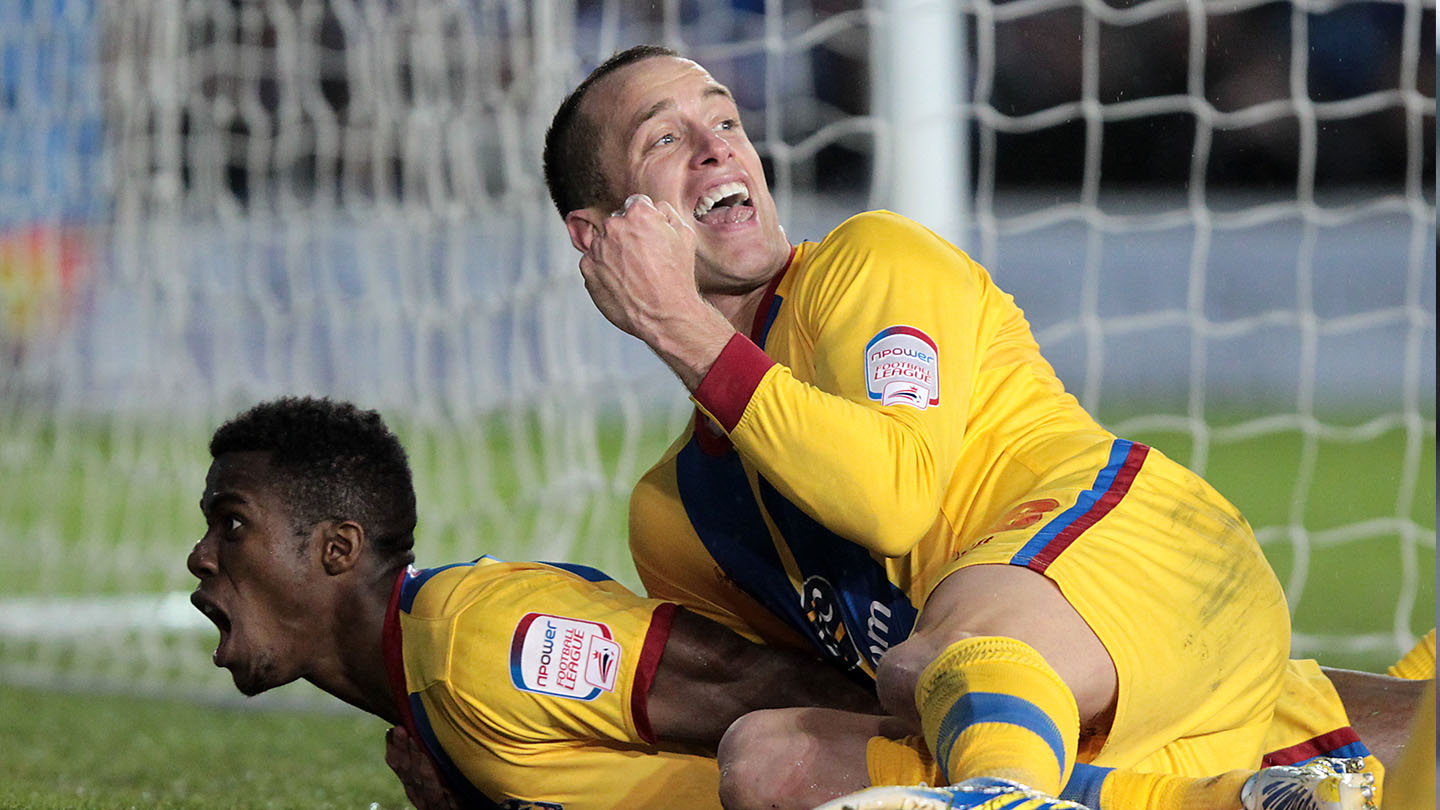 All of these players feature throughout When Eagles Dare, though they do not have any interviews, their presence was still felt throughout the season and their efforts were greatly appreciated.