The candle smoke had barely settled in the Globe pub, Edmonton, when Bruce Dyer found out he was on the verge of a professional debut for his boyhood club.

He had just finished celebrating his 18th birthday and, four days later, was stepping out onto the Vicarage Road turf in Watford’s 1-0 win over Birmingham City.

Less than a year on, he would move south and join Crystal Palace, becoming the first £1m+ teenage signing in English football.

That year, Palace won the 1993/94 First Division title and secured promotion to the Premier League, with a then-19-year-old Dyer having featured 11 times since joining.

For a boy enamoured by football since Watford scouted him from east London’s junior pitches, the prospect of top flight football before turning 20 blocked any noise surrounding his price tag or, indeed, its justification. 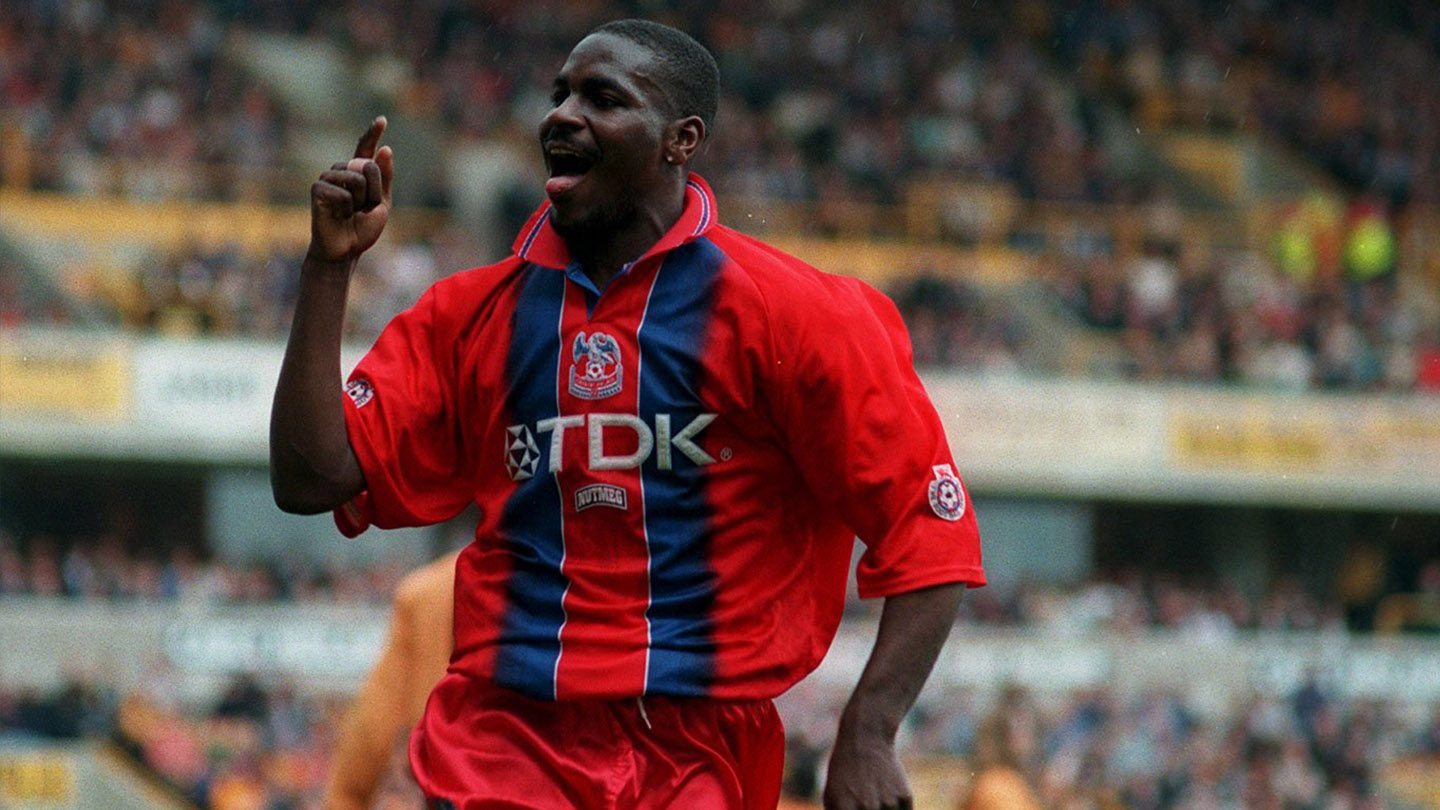 “I didn’t even think about the money,” Dyer reflects on the 26th anniversary of his £1.1m move. “It was more the reality of knowing that next season I could be [playing] at Anfield or Old Trafford.

“The thought for me was the excitement of achieving my boyhood dream of playing in the top division in this country.”

That day, Dyer made his Premier League debut as a substitute for Andy Preece - brought in from Stockport County to rival him up front - but was unable to help the Eagles regain their foothold at 2-0 down. Indeed, through the whole of 1994/95, the million pound frontman would net just twice. 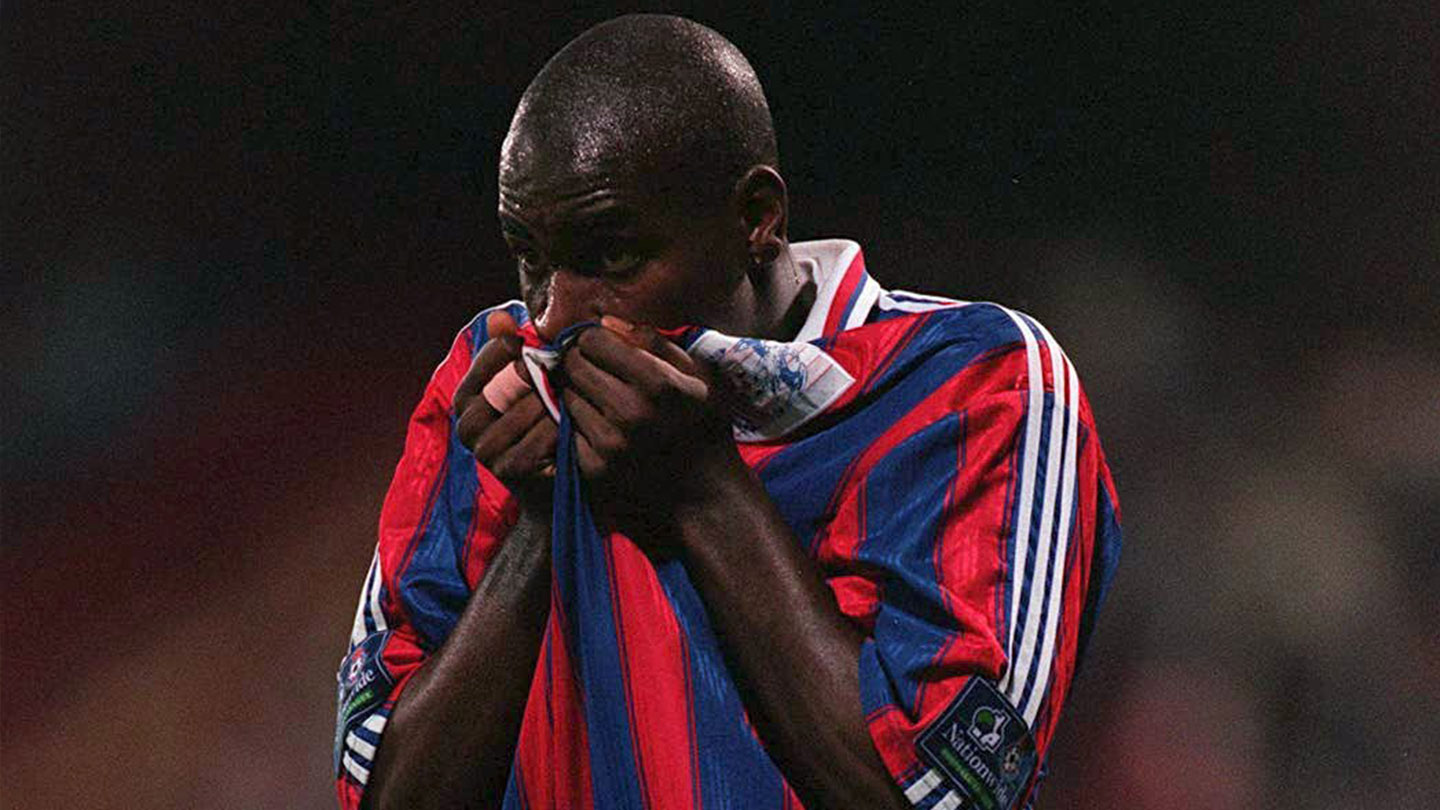 “I’d just been to the [England Under-21] Toulon Tournament with the likes of Robbie Fowler, Jamie Redknapp, Ray Parlour, Sol Campbell. We won that tournament and I finished top goalscorer. I came back from that tournament on fire.

After “quite tough negotiations” which “almost fell through”, Dyer felt he wasn’t wanted by everyone in SE25. Chairman Ron Noades was the man who instigated and secured his signing, but it took ‘Sir’ Steve Coppell to get the prodigy firing.

READ NEXT: The Proclaimers, 14 heroes and a pub in Sheffield… The inside story of 2010

“Steve was really good, he was brilliant. He really was. I’ll never forget, when Coppell came in, he pulled me into the office and said: ‘Basically, we’ve paid a lot of money for you, and, in a polite way, you’re not living up to those expectations that we know you can.’

“He gave me some instructions and things he wanted me to do, wanted me to work on. He asked me to come in early for training, which I listened to. I did what he told me to do and the rest is history. 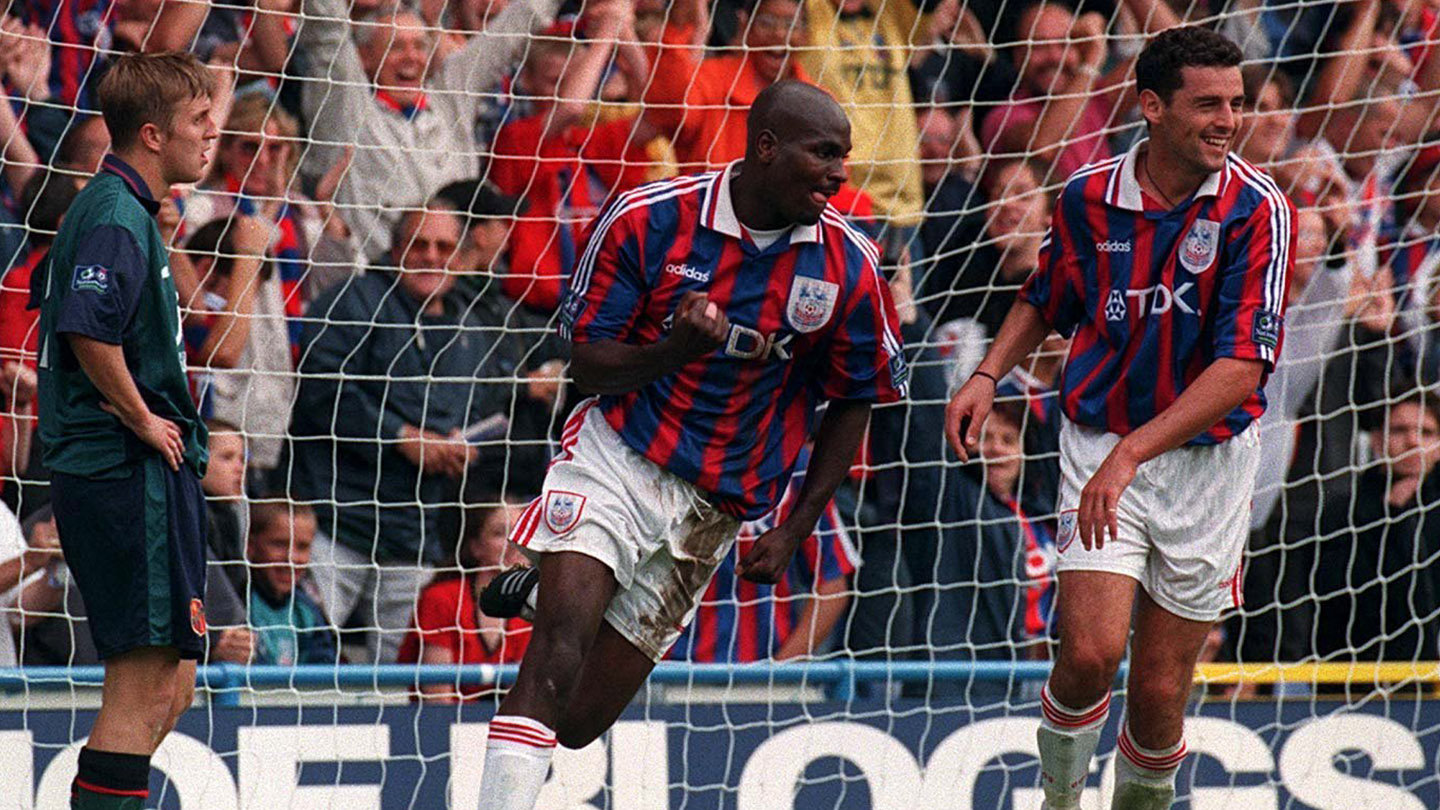 “At the back end of my [Palace] career, I like to think I gave a great account of myself... Steve Coppell was really instrumental in that because his man-management skills with me on a personal level were fantastic.

“He was fair with me, he told me the truth… That conversation when he pulled me into the office was a game changer for me.”

Coppell took charge in the 1995/96 season, when Palace haemorrhaged players and suffered in the table. He stepped back from management midway through the campaign but, for Dyer, the boss had already catalysed change.

After scoring just twice between March ‘94 and August ‘95, Dyer netted 14 times in the 95/96 campaign, including all three goals in a 3-2 victory over Birmingham.

The young forward was pushing his club in the direction of a Premier League return and receiving regular caps for England Under-21s. But, while on-pitch matters had improved, off the pitch he was struggling.

Palace eventually earned top flight promotion again in the 1997/98 season and Dyer finished top scorer with 18 goals. The Jamaica national side got in touch - they wanted him on board - but the forward turned them down. His heart was set on England. 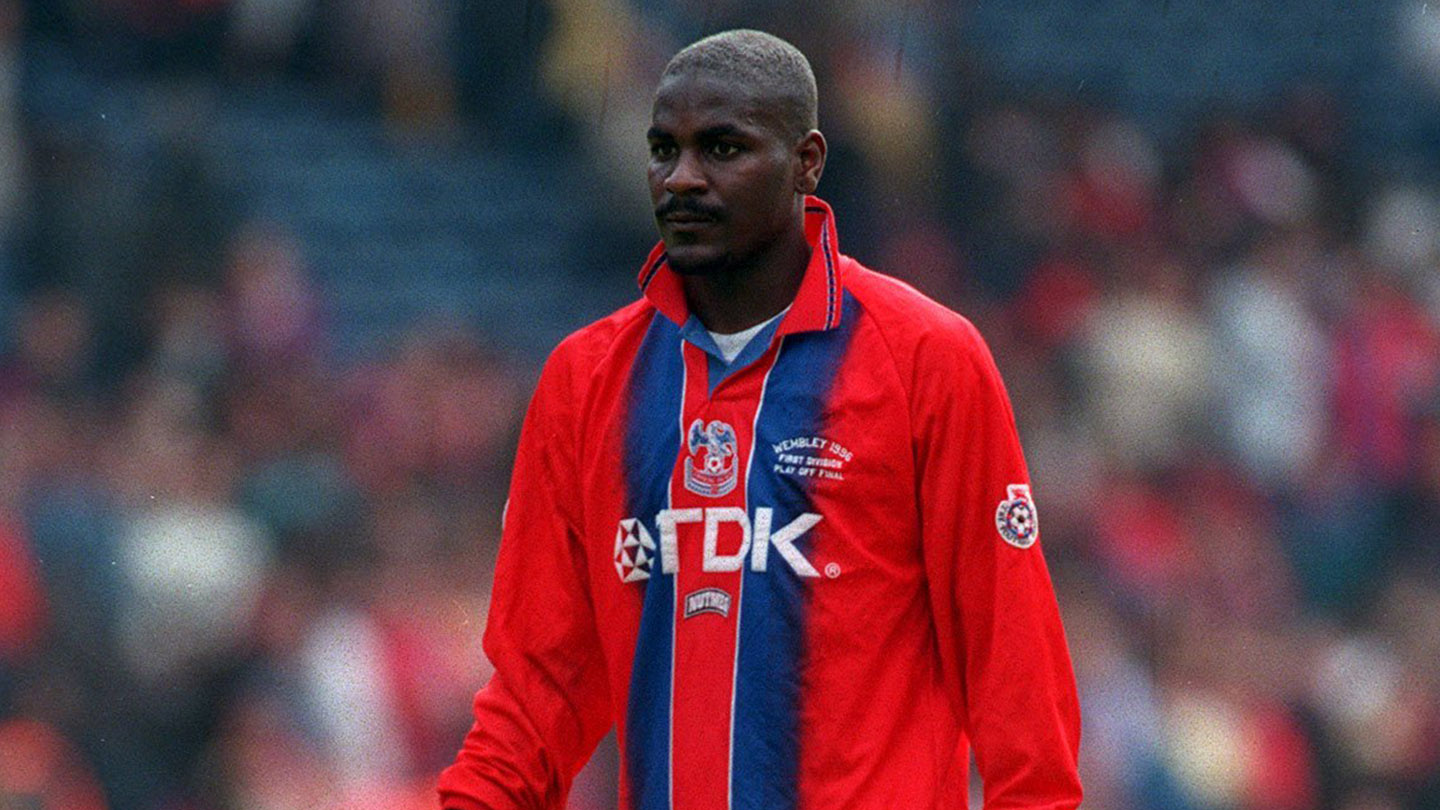 Ten years later, Dyer was playing for Montserrat in a friendly against Ashford Town. His father’s country of birth lost to their semi-professional opposition and Dyer was enacting a novel way of gratifying a supportive dad.

It turned out to be his only moment as a senior international; a full England cap never came.

He admits: “If I’m super honest, I allowed things off the pitch to hinder that. I believe I should have progressed more but I allowed other things outside of football to get in the way.

“It was bad decisions, bad choices, being around the wrong people. To get to the top you’ve got to be extremely focused and disciplined and at a very critical time, I kind of messed up in a few areas and it cost me the possibility of what could have been an England career.

“I hit a bit of a dark patch, a bit of depression, drinking, just got myself in a really bad situation… I didn’t feel happy, I didn’t want to play football, I was living the so-called dream having all the perks of life but I still felt lost and depressed.”

Dyer’s off-field life entered a downward spiral, but he sustained a professional career to collect over 500 senior appearances and 141 goals. Away from the public eye, things hit rock bottom as the new millennium dawned. 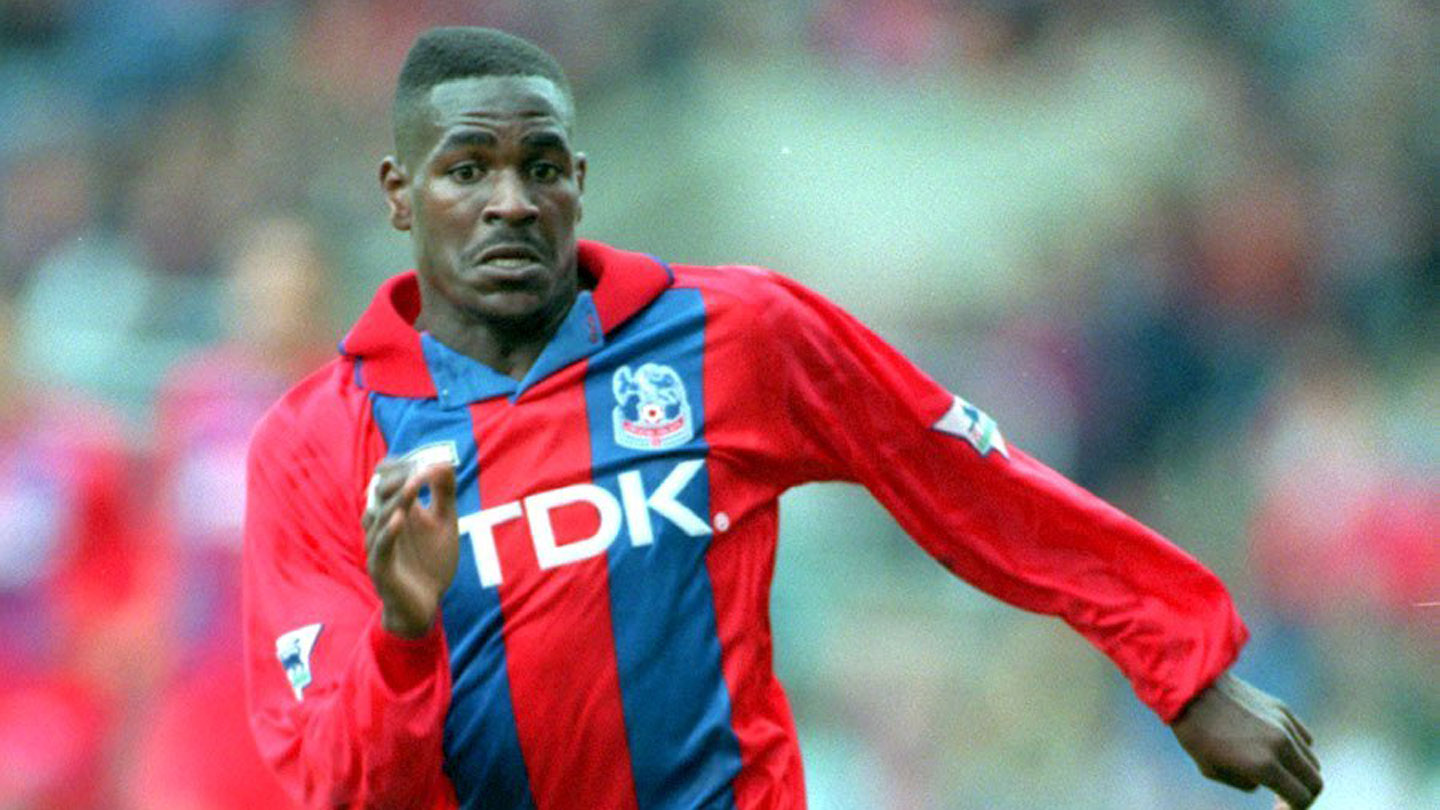 But Dyer had a saving grace.

“Although I didn’t live what I was taught as a kid, Christianity put some morals in my life,” he says. “It did bring some boundaries, although I did cross them. At the time, when I went through a really, really bad patch, it was my faith in Jesus, my upbringing in Christianity that I believe saved my life.

“I was brought up well, lovely parents; humble people... I’ve been brought up around Christian people. There’s always been a Christian influence in my life but I kind of neglected it, I never really lived what I was taught. Sometimes life has a way of throwing challenges in your way and through those challenges, for me, it was the Christian faith that got me out of it.”

Today, Dyer runs Love Life UK, a church in Barnsley he founded in 2018. He also leads coaching sessions for talented footballers needing a boost and provides guidance in local schools.

“I run soccer camps in half-terms and more recently over the past two years, I’ve been pastor of Love Life UK… I’m able to give kids wisdom from my own personal life experiences.”

Football may have been the career Dyer was born to enter, but it came with the pitfalls to derail England’s most promising talent. Twenty-six years after becoming the country’s most expensive teenage signing, Dyer has found more than a career, he’s found a calling. And this time he’s making it count.