Razor Ruddock, in Spain, by a swimming pool, having a playing card pulled from behind his ear by a member of the Magic Circle. It’s a peculiar image.

But for the Crystal Palace staff and players in the early 2000s, it was perfectly normal.

“We used to have a lot of magic going on at the club at the time,” explains Roberto Forzoni, the first-team coach producing cards from thin air to the amusement of a dumbstruck Palace squad.

Forzoni’s penchant for magic followed him from the age of 12, through his career in the backrooms across English football, up to today, as a member of the Magic Circle and performer at parties hosted by former colleagues and Palace managers Steve Coppell and Alan Smith.

But Forzoni’s influence at Palace went beyond providing entertainment during downtime. The former first-team coach also delivered a groundbreaking new approach to sports management under the leadership of forward-thinking bosses Coppell and Smith.

Palace first noticed Forzoni when he moved from Dave Swindlehurst’s non-league Chipstead to work with the Charlton Athletic Academy. The club’s former Academy Directors Derek Broadley and John Cartwright then asked him across south London to start working in SE25.

Utilising “ladders and poles and cones before anyone else was doing it,” Forzoni caught the eye of first-team staff and swiftly found himself working alongside Coppell and players like Clinton Morrison, Ashley Cole and Mikael Forssell.

“He related to people,” Coppell reflects, over 20 years after first meeting the revolutionary coach. “It didn’t matter who it was - whether it was me or a young boy. He just related to people. 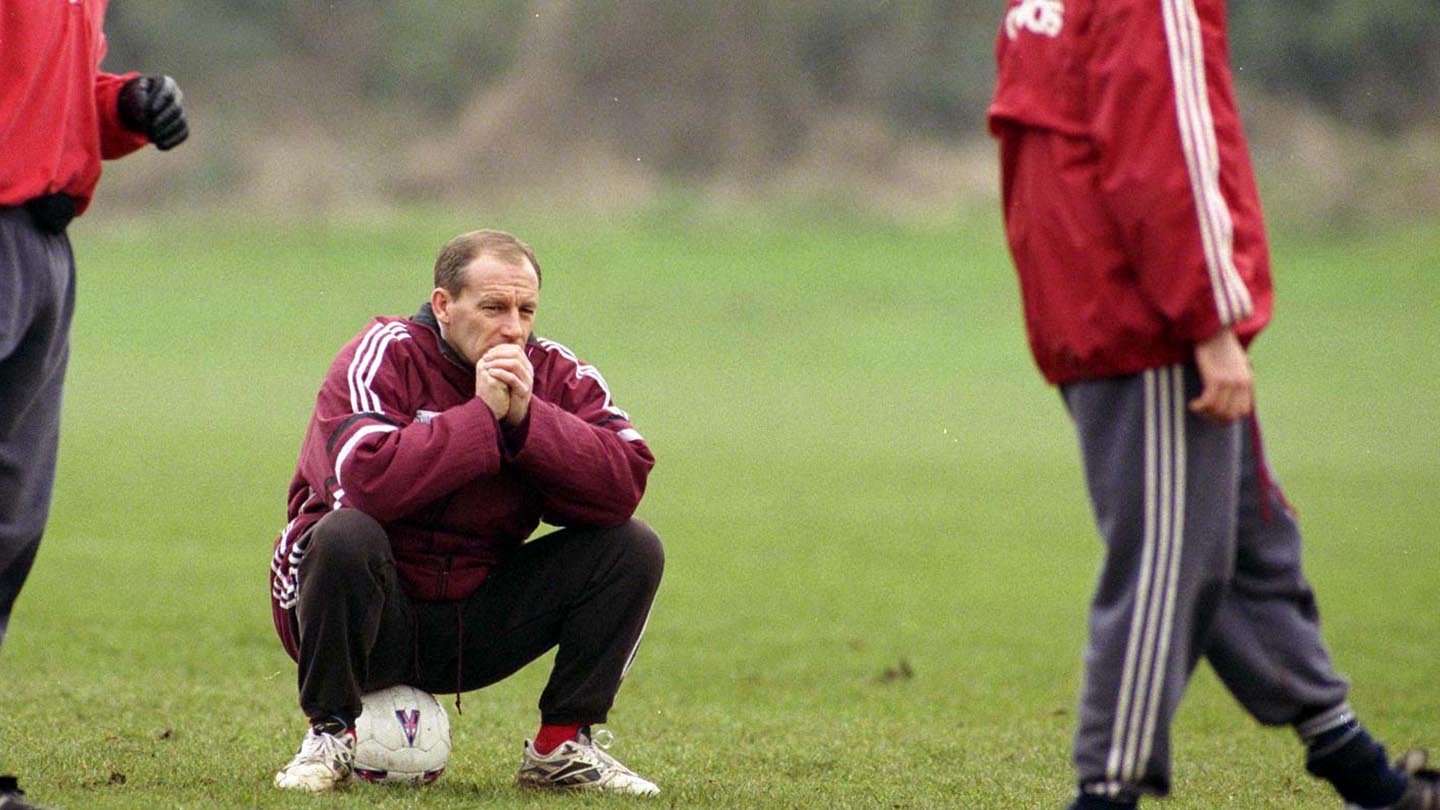 “He has that ability not many people have to be able to talk with kings and paupers, if you know what I mean? He was a likeable bloke who knew what he was doing and he brought some expertise at that time we didn’t have."

Forzoni’s expertise was - beyond the occasional card trick - in sport psychology, something he holds a Master’s degree in and has lectured about at Brunel University.

"I wouldn’t force it on everyone," Coppell continues, explaining his attitude both then and now towards psychological support in sport. "If people want to talk and have that conversation and experiment with it, great. But there’s no way I’d sit everyone down and say: ‘Do this. Whatever he says, goes.’ That just doesn’t work."

NB: For more insight on Coppell's attitude to sport psychology, he advises, watch The Natural with Robert Redford. "It’s a good film," he says. "One of my favourites.... it more or less reflects what I think."

The Eagles entered administration in 1999 and Coppell took over shortly afterwards. With the club in the doldrums and fighting for survival, the iconic Palace manager needed something different to lift spirits behind the scenes. In came Forzoni.

“I’d be talking to players about their half-time team talk. I’d be in the dressing room or on the bench. I wasn’t just someone they’d go to when there was a problem or issues with psychology.

“The fitness guy can say: ‘Better ease up and not do so much.’ On the psychology side, it’s not so easy to test. I have a diploma in fitness and a diploma in psychology, so I was monitoring players’ heart rates as well as their psychological state and trying to amalgamate the both to make sure they were physically and psychologically strong.”

Coppell and then Smith welcomed psychology’s somewhat radical entrance into football with cautiously open arms, with the pair of successive managers both giving Forzoni the freedom to create new ways of motivating the squad and improving the club’s atmosphere.

Looking back, Forzoni’s techniques seem far from trailblazing, but at the turn of the millennium and before, they were making their first intrepid steps into professional sport.

“It’s looking at the culture of the club,” Forzoni explains. “At Brentford [where Forzoni reunited with Coppell in 2002], one of the players said to me: ‘You’re a psychologist, aren’t you? When are we going to start the psychology?’ I said: ‘We’re doing it every day.’ It’s just immersing the culture and language you use on a level everyone could see.

“I got everyone in the squad - and I did this in every team - to write three strengths of their teammates.

“Let’s take Bobby Zamora at Brighton. He would come up as ‘good finisher, good at heading’, he’d have three or four strengths everyone would repeat. But if you looked at the squad, he’d end up having about 50 different strengths that they identified: ‘good around the dressing room, resilient, bounces back.’ All of these qualities came out.

“We’d put posters up around the dressing room in the Training Ground and main ground, so every time a player came in, they had a peer review of what their strengths were from their fellow players. That was really energising because people would look at it and go: ‘I didn’t even realise that was a strength of mine.’

“[At Palace,] Clinton [Morrison] and Hayden [Mullins] stand out. I worked with Hayden at West Ham, too. They were probably the boys that benefitted the most, but most of what I do is team-orientated. The sessions were team sessions, the cultural changes were trying to change the changing room, the staff, the players.

“We’re talking about the 1990s. It was pretty groundbreaking in football terms.” 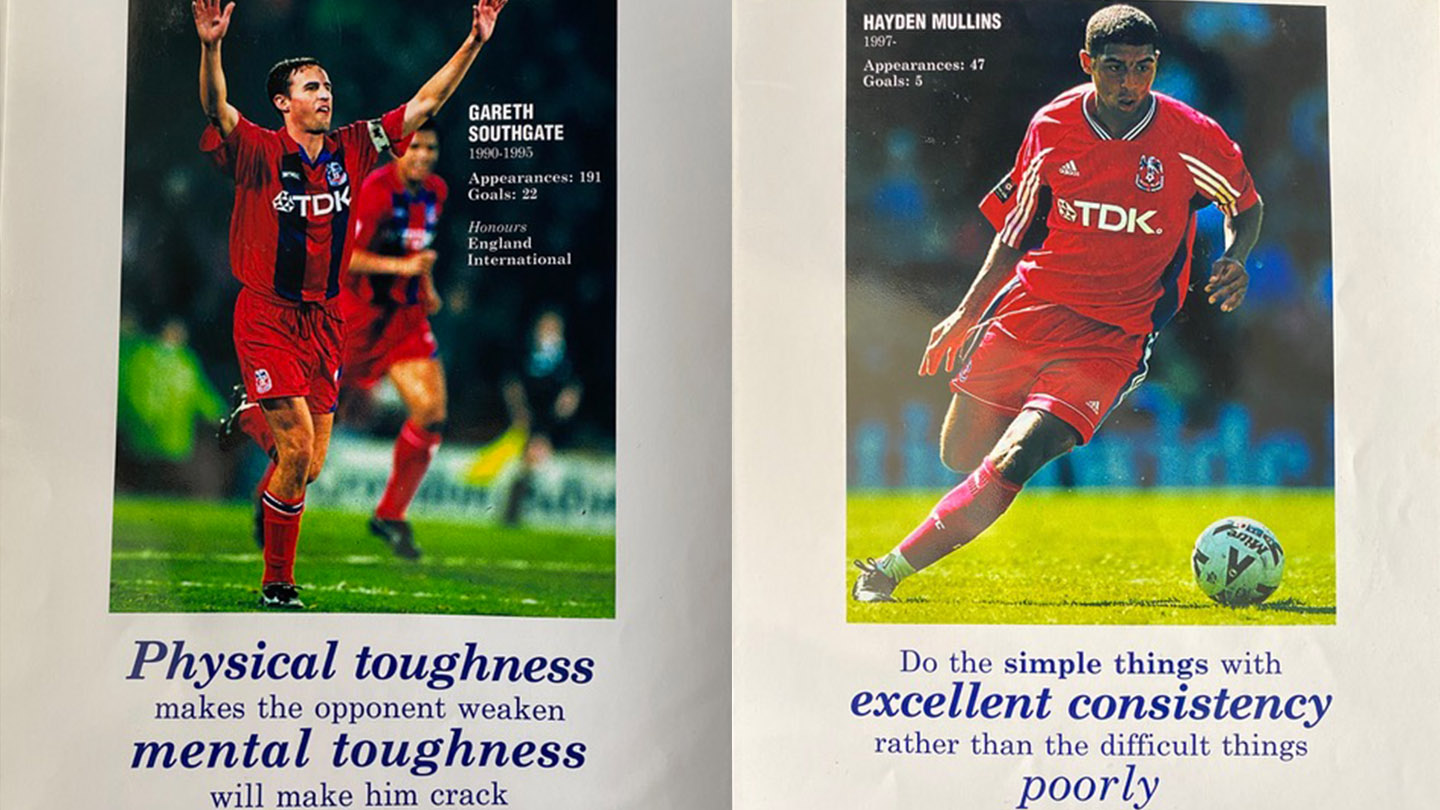 It took two open-minded coaches to welcome Forzoni’s “groundbreaking” expertise into elite football, and thankfully Palace had just the men for the job.

Having worked with both Coppell and Smith for prolonged periods (and multiple clubs, in Coppell’s case), Forzoni is well equipped to explain what made the pair succeed in south London.

“It was the best time in football, really, working with Steve and Alan,” he reflects.

“They worked hard. Alan probably worked longer hours than Steve because he felt he needed to. He might have lacked certain skills in certain areas but what he didn’t lack was that work ethic and he passed that on to everybody.

“Steve probably won’t mind me saying this: he told me he wouldn’t listen to the radio in the car, he always had an audio [tape] on he could learn from. He was always trying to learn and this was after he’d become a hero at Palace. Always learning, always wanting to know something better. These guys were lovely to work with and for and I’m still in contact with both of them.

“Steve Coppell once gave me a really good bit of advice. He said: ‘Keep giving me ideas. Ninety-nine out of 100 I probably won’t use, don’t get offended. But I want you to keep giving me ideas because the one I do use could be a game changer.’

“Alan took it to a different level on the psychology because he wanted to see more motivational stuff with the players. So bearing in mind, at the time, we had Clinton Morrison, Hayden Mullins, Leon McKenzie, all these young lads coming through. 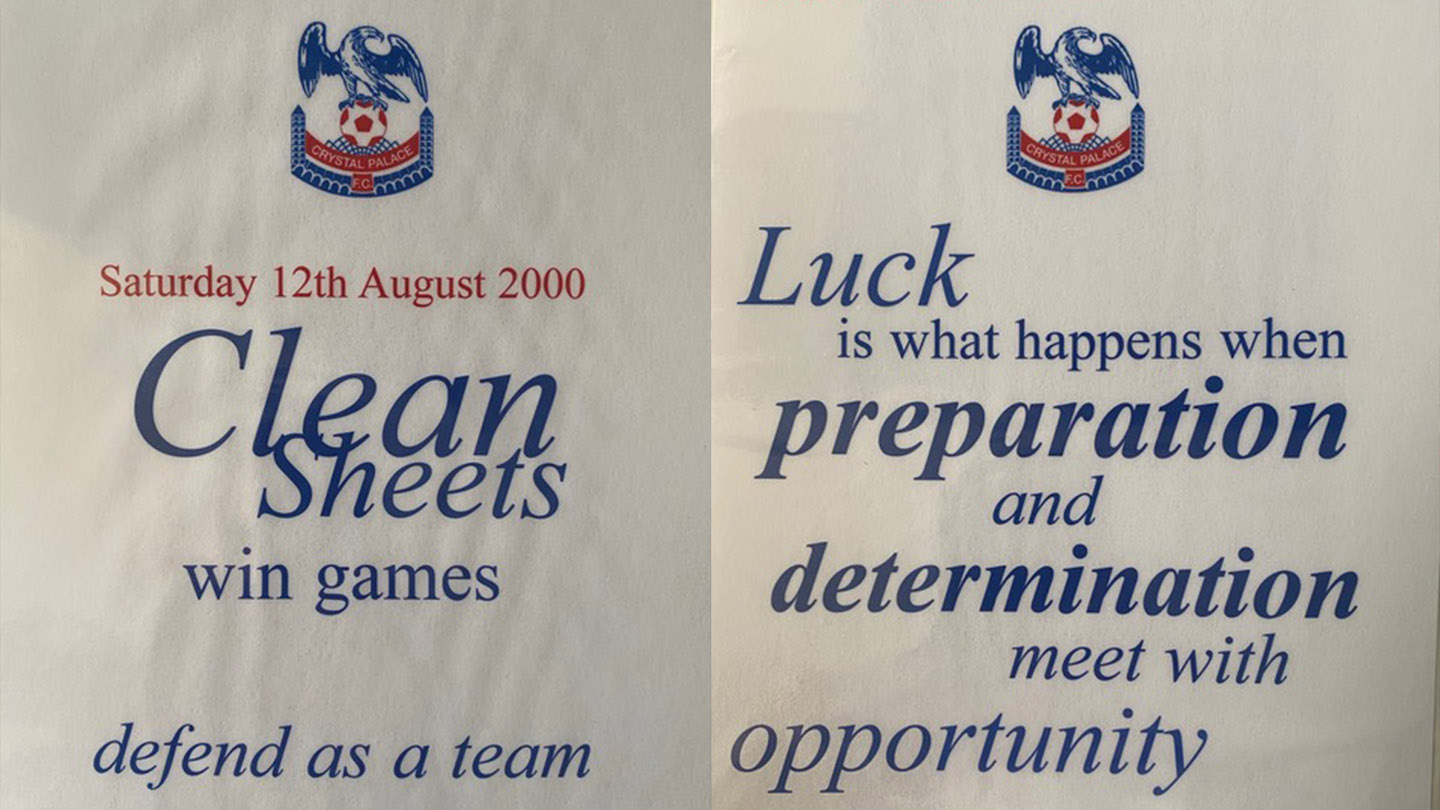 “Alan was quite ahead of his time. He saw something other people hadn’t seen and he gave me the title of ‘motivational coach’. He tried to look at every aspect that wasn’t being used and tried to use it.”

And so up went Forzoni’s motivational posters, down went the list of strengths every player possessed and, occasionally by the pool, out came the playing cards. Forzoni, Coppell and Smith may not have achieved outstanding league success, but they guided the club through administration and laid the foundations for Crystal Palace today.