For anyone who passed – or even entered - Selhurst Park in November 2019, they may have found a slightly different stadium to the usual buzz of matchday preparations, lawnmowers and the chatter of meetings across the ground.

Instead, they will have found posters imploring their silence and a working cast and crew – including star of Saturday Night Live, Horrible Bosses and We’re the Millers, Jason Sudeikis. That said, they may not have found Sudeikis at all, but instead seen “bombastic, loud, fish out of water American,” Ted Lasso.

For Sudeikis and fellow producer Bill Lawrence, fans seeing this meant the fruition of a perfectly executed plan.

“I was thinking about making a streaming TV show and was doing anything I could to sit down with Jason because he’s such a talented guy.

“He said: ‘I’ve got to be honest with you, every time I go the UK or Europe, I’m more recognised as Ted Lasso than I am for any of my movies. So how about turning that into a show?’

“But that guy was definitely more of a sketch-type character - bombastic, loud, fish out of water American who was clueless about the game… At first I was hesitant because I didn’t know how that very broad, comedic, sketchy character could be a TV show.

“But we talked about making him more hopeful and more optimistic in what is a very cynical time - making him the best version of an American abroad, somebody that’s ignorant without being an arrogant jerk. It started to feel like a show to us.”

They sold the idea to Apple, and began searching for a football club to become their show’s backdrop.

Lawrence continues: “One of the main stipulations was we had to shoot it in London so it was authentic and we had to find a Premier League team that would let us use their facilities and what we would base our team on: a local, community team as opposed to any of the big juggernauts.

“What’s a team stadium that still feels like it’s part of the community and localised? Not only did Crystal Palace fit the bill, but Bill Wrubel, who’s one of the executive producers and writers on the show… his uncle is one of the ownership partners of Crystal Palace, so we had a connection to go in and talk to their management group.

“We told those folk what we were looking to do and said: ‘Look, our team will be an imaginary team and if we shoot in your stadium Crystal Palace will kick our butts in the first game.’”

Sure enough, when episode two of Ted Lasso launched in August 2020, a fictional Crystal Palace side trump their Selhurst hosts 4-1 in front of a sea of red and blue. As the show ends, Glad All Over rings out over rolling credits and fans are left to work out which shots they’ve watched straight from SE25, and which are generated by a computer in the States. 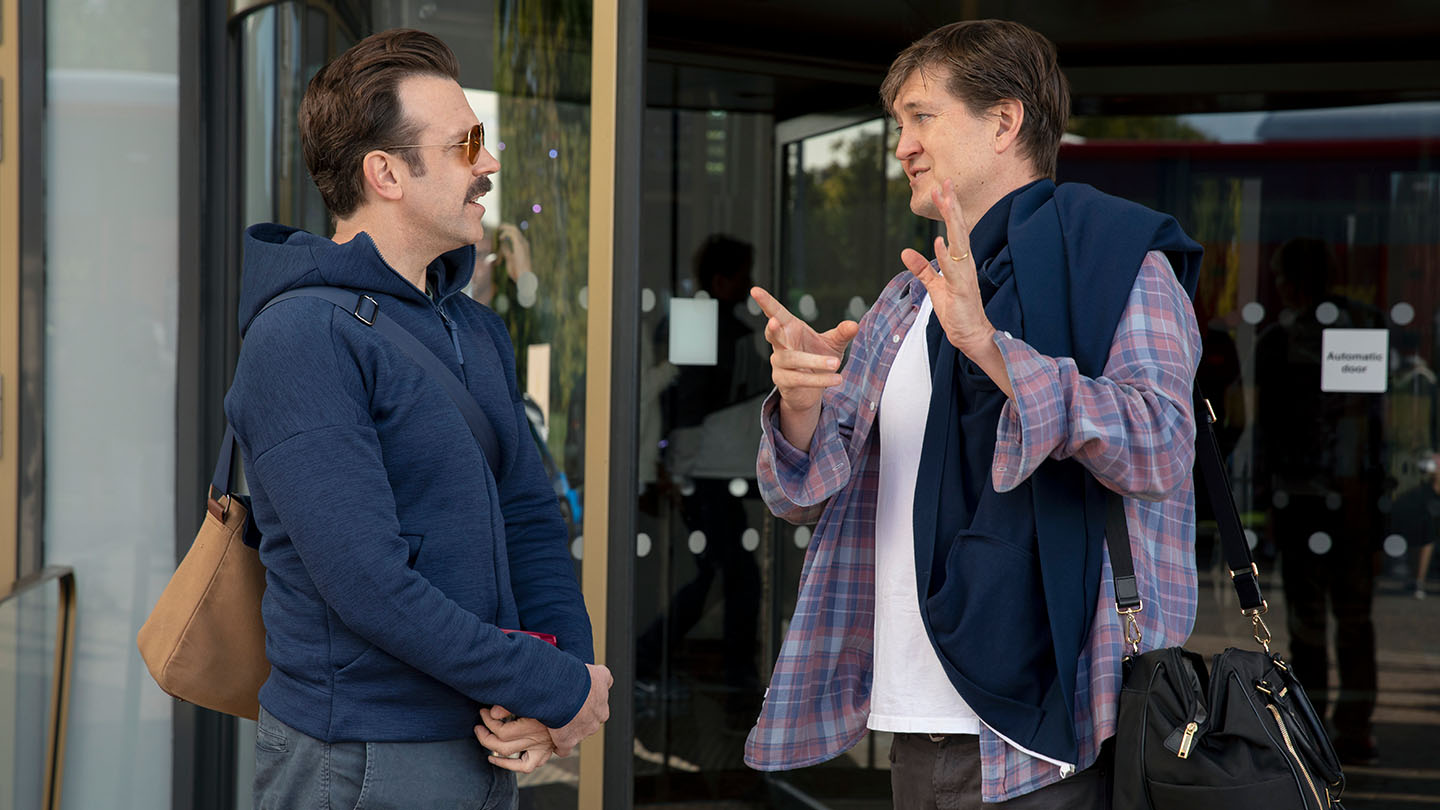 The whole show feels inherently related to Palace, with its colour scheme, setting and closing track being familiar tropes for any Eagle.

“We kept the colours and stuff because... one of the things Apple wanted us to do was: ‘Hey, you’re making a show that has football as a backdrop and we’re an international platform for Premier League fans and UK football fans.’ So for us, I would hope that people recognise Selhurst when they see the shots.

“You can tell on social media and the internet who’s from Europe and who’s a big fan because they immediately recognise the stadium and they recognise the colours. They go: ‘This is a smaller, underdog squad going up against these giant teams.’… that’s the world we wanted to live in.

“Jason and I wanted to make something that was akin to a very iconic sports movie. We grew up with all the iconic sports movies we all love, whether it was Field of Dreams or Rocky or Hoosiers - there’s always this kind of hallowed-ground feel to where the big game is. We wanted a place with personality that we knew actually meant something.

“For me - I’ve got to shoot a couple of times in big stadiums, where I’ve seen iconic teams play – this [Selhurst] is definitely one of the top three. It was such a key part of the show… I’m nostalgic for Selhurst now.” 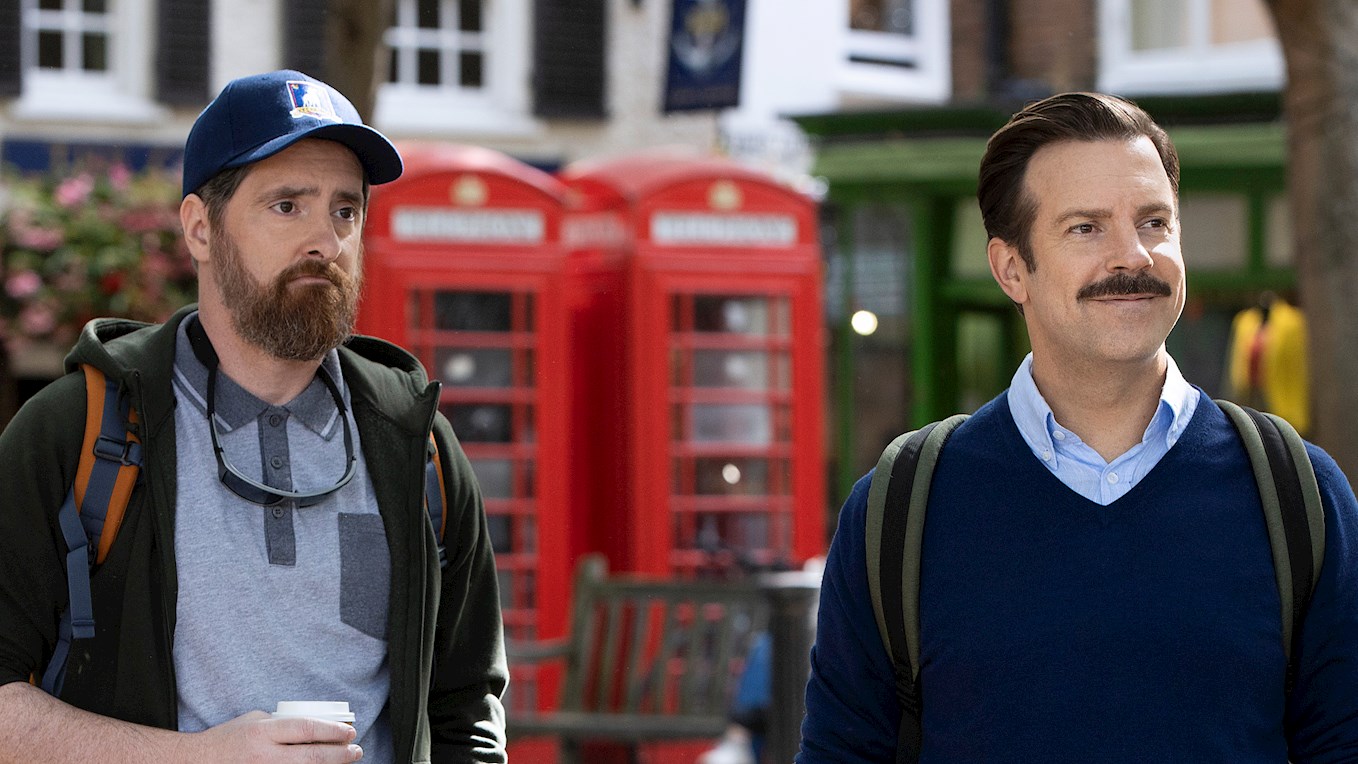 “We’re really tickled by not only the people that recognise immediately the stadium and team and who we’re basing it on, but that they take a tremendous amount of pride in it. It’s cool for us to see coming from here, because the only thing akin to that in the States is college football.

“If you live in Alabama, you’re University of Alabama or a college in Texas if you live in Texas. You live, breathe and die for your team, your colours, your jerseys. Sometimes people’s houses are painted that way, they dress that way.

“To see that kind of specific regional pride in a team in the UK and in football was really eye opening and cool, and we saw it a lot with not only the stadium, but Crystal Palace as a team.”

Be it an iconic American producer or hapless American coach, Palace’s place as the pride of south London is clear – even across the pond.

You can watch Ted Lasso season one and two on Apple TV. Apple TV+ is available on the Apple TV app on iPhone, iPad, Apple TV, iPod touch, Mac, select Samsung and LG smart TVs, Amazon Fire TV and Roku devices, as well as at tv.apple.com.