Mitchell on England call-up: ‘Mum’s dream is to see me at Wembley’

Tyrick Mitchell said he waited for his first England call-up to be formally announced before telling his mother, whose dream is to see her son play at Wembley stadium.

The Crystal Palace Academy graduate will have three – maybe four – chances to do so this season, having been named in Gareth Southgate’s Three Lions squad for games with Switzerland and the Ivory Coast the day before Palace reached the FA Cup semi-final.

Mitchell became the third Palace player in the national team as he followed teammates Conor Gallagher and Marc Guéhi in receiving the nod. 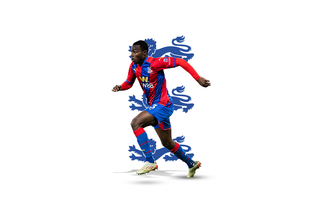 Speaking with Palace TV the day after hearing the news, he said: “It’s a dream come true. I never, ever thought it would happen so quick, so I’m literally over the moon.

“I found out yesterday [Saturday]. I got the text and couldn’t believe it and was lost for words.”

Mitchell may have spoken with Palace TV, but had kept the news from his mother until the right moment. “I didn’t even tell her,” the left-back says half sheepishly. “I was waiting for it to get announced.

“[Will she be excited?] Definitely. That’s one of her dreams, to see me play at Wembley.

“Wembley is so close to home so to be called-up for England and be around it and be in Wembley stadium is literally a dream come true.” 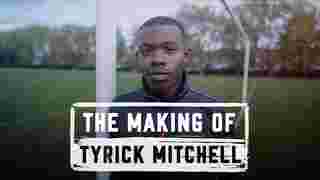 Finally, Mitchell was asked what he thinks has propelled him this season, with the Academy graduate having played 33 games, earned a Player of the Month award and become one of the most key figures in Patrick Vieira’s squad.

He said: “I think my teammates, the manager, everything about Palace has pushed me to understand that last year I did well, but this year I know what I’m capable of and I’m just trying to show it.