Speaking in his post-match press conference following Crystal Palace's loss to Manchester United, Eagles manager Roy Hodgson confirmed that the injury which forced Patrick van Aanholt from the pitch is a dislocated shoulder.

"It’s a bad injury and it’s going to keep him out for a long period," Hodgson said. "They’ll look at it tomorrow [by running a scan] and find out what the next step will be for him.

"I think he’ll require an operation and that’s bad news for us. Patrick has been solid for us, he’s had a good season, he's hardly missed any games and now we might start next season without him."

Hodgson continued to say that, while Palace will be without Van Aanholt for some time, they have coped with unavailable players throughout the season, and that he has faith in his alternative options to perform adeptly in the Dutchman's absence.

"We have options," he said. "Obviously we are patching up a lot of positions at the moment and yet then the people that have been brought in have done very well.

"Mamadou Sakho and Scott Dann were excellent against a highly rated forward line [tonight v United]. Beforehand, we were looking at Gary Cahill and James Tomkins. Really and truly, we’ve done it in the past [filled in for injured players]... We’ll have to keep doing that."

Boys put in a strong game, decisions against us 👎🏽 but that's football 🤷🏽‍♂️ love to my football community especially Palace & MUFC fans ❤️💙 I'm a little woo woo off that gas ⛽️ but I'm aite 🙏🏽

The Palace manager also turned his attention to a frustrating decision for his side, with Wilfried Zaha being denied a penalty under a clumsy Victor Lindelof challenge.

However, Hodgson refused to complain, explaining that it did him and his squad no favours. 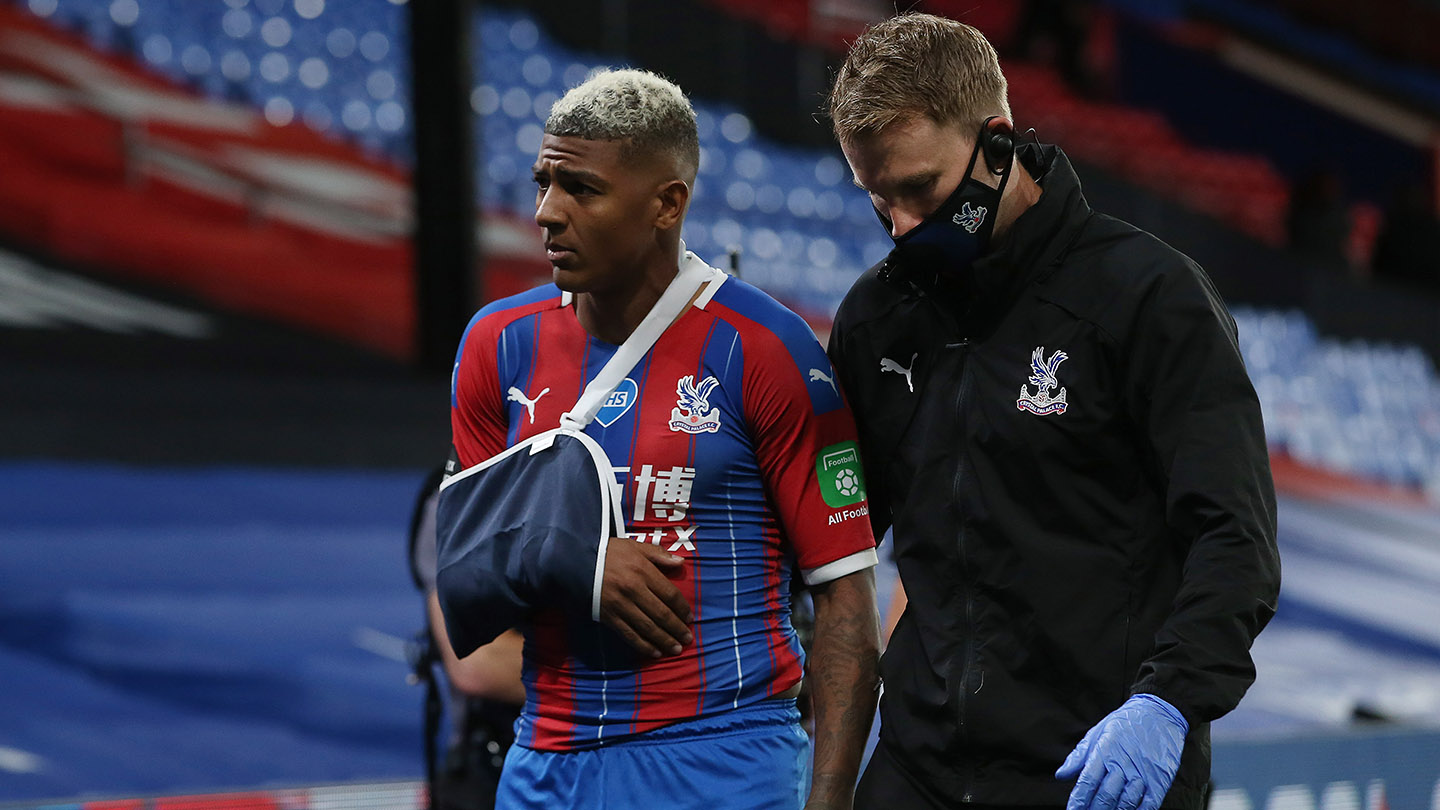 He said: "They’re opinions, aren’t they? You always believe when decisions like that go against you that they’re wrong. I’m pretty sure Ole [Gunnar Solskjær] has been here before saying the decision is right.

Full post-match reaction, highlights and both managers' press conferences will be available to watch free on Palace TV or the official Palace app. Either click here or 'Palace TV' within the app to enjoy.