Michael Olise has been named Crystal Palace's W88 Player of the Month for the second time running.

The 19-year-old midfielder first scooped the accolade in January, and has doubled his tally with the February award, collecting 40.5% of the fans' vote after several sensational performances. 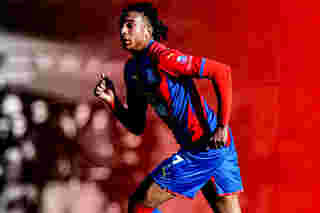 Palace won twice, drew three times and lost once in February, with Olise playing in every game.

The No.7 scored once against Hartlepool and claimed three assists, one against the Monkey Hangers and the others against Norwich City and Burnley - both games in which Palace scored once to draw.

Naturally he stormed the Man of the Match vote against Hartlepool and grabbed the award again against Burnley.

In the Player of the Month vote, Olise beat Wilfried Zaha (22.5%) and Tyrick Mitchell (18.1%) to first place, with the three Londoners taking over 80% of the share.