Crystal Palace will look to secure their fourth consecutive home clean sheet in a row as they prepare to face Chelsea at Selhurst Park on Saturday, 10th April (17:30 BST).

It may prove to be a task easier said than done against a Chelsea side on a good run of form. The previous meeting earlier in the campaign saw the Blues run away 4-0 winners at Stamford Bridge.

The same fixture last season was a close-fought affair which resulted in a narrow 2-3 defeat for the Eagles, despite a wondergoal from Wilfried Zaha.

In the past five seasons games between the two at Selhurst Park have typically been decided by one goal, including the 2-1 win against the Blues in 2017.

The Eagles come into this game after securing a point on the road at Goodison Park on Easter Monday.

Since the turn of the year, Palace have managed to keep five clean sheets at home, with three of these coming in the past three games at Selhurst Park. The Eagles will look to press on and secure their fourth consecutive clean sheet, something they haven’t managed since the inaugural Premier League season in 1992.

A victory at Selhurst will see the Eagles surpass the 40-point mark, and almost mathematically secure Premier League safety for another season. This would also equal last season’s tally of 11 wins.

However, Thomas Tuchel’s Blues are in fine form. Since taking the reins at Stamford Bridge, Chelsea have managed six wins in 11 Premier League games, with their only defeat coming last weekend in a dramatic 2-5 defeat at home to West Bromwich Albion.

The west London outfit arrive at Selhurst Park after a midweek victory against Porto in the Champions League, securing a remarkable 13th clean sheet in 16 games across all competitions.

The Eagles may elect to continue with the 4-4-2 formation which has helped them secure five points in the past four games. Leading goalscorer Wilfried Zaha could be leading the line, alongside Christian Benteke or Jean-Philippe Mateta.

Chelsea under Thomas Tuchel have often set-up in a 3-4-2-1 formation, sometimes without a traditional striker. The Blues have seen a number of different players start up front - Kai Havertz in more recent weeks, with Olivier Giroud, Tammy Abraham and Timo Werner all featuring too.

On-loan Michy Batshuayi, who scored the equaliser in Palace’s 1-1 draw against Everton last time out, is ineligible to face his parent club.

Tyrick Mitchell returned to the squad after a few weeks out, however fellow defenders Nathaniel Clyne and Nathan Ferguson continue to be assessed going into the clash against Chelsea.

The midfield duo of James McArthur and James McCarthy are being monitored, whereas defensive duo Mamadou Sakho and James Tomkins are still out with long-term injuries.

Chelsea have a clean bill of health ahead of their visit to Selhurst Park, only veteran defender Thiago Silva will be missing through suspension. 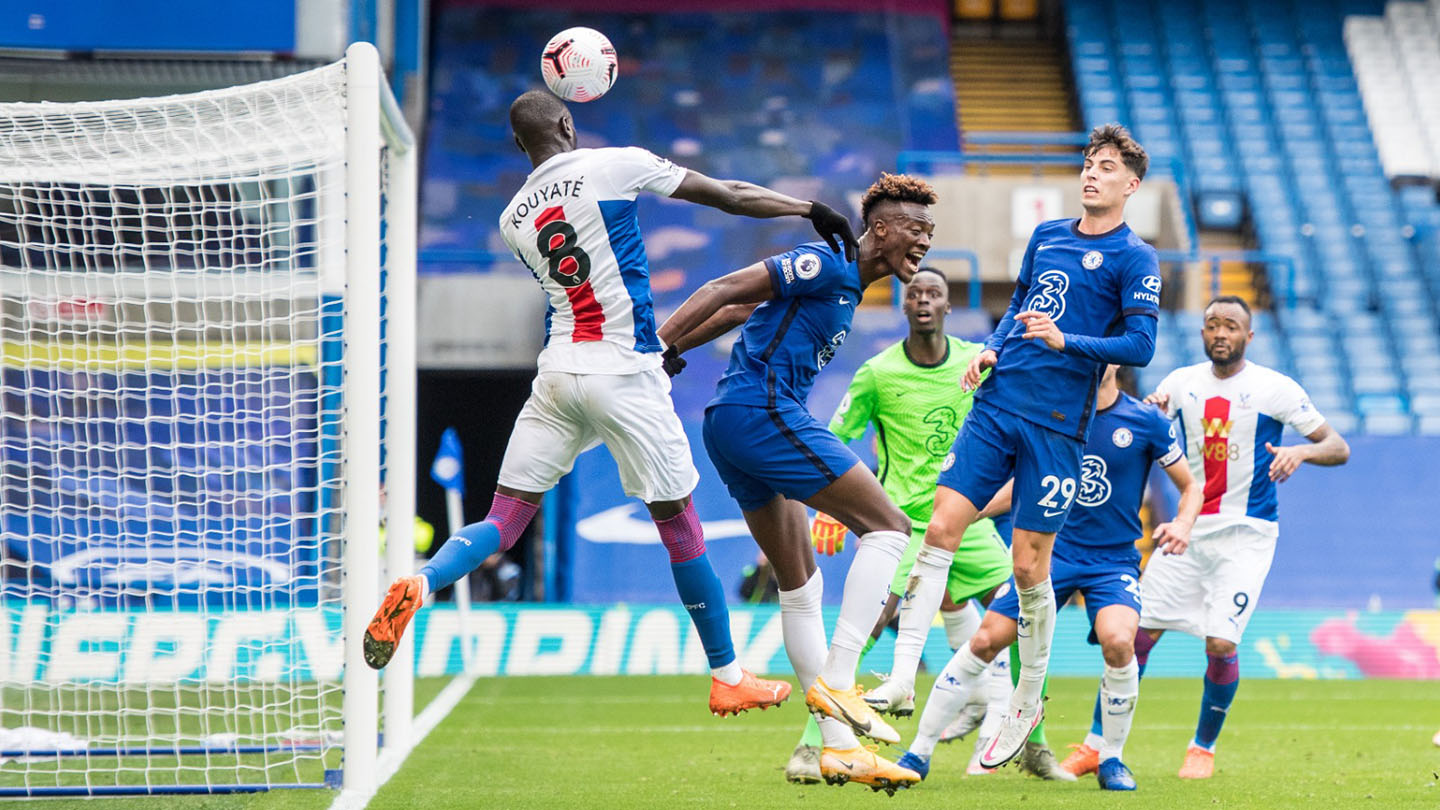 None of the last 19 Premier League meetings between Palace and Chelsea have ended as a draw – only Newcastle United v Tottenham Hotspurs between August 1999 and December 2010 has had a longer run of games without a drawn game in the competition (21).

Crystal Palace v Chelsea will be shown live in the UK via Sky Sports. For full match details and how to follow, click here.