Crystal Palace's first away game of the Premier League season saw the Eagles go down by the narrowest of margins, losing 1-0 to Sheffield United at Bramall Lane.

The sun was shining at Bramall Lane, as the fire cannons exploded to signify Sheffield United’s first home game in the Premier League since 19th August 2006. However, the raucous atmosphere was curtailed early on with a few tricks from Wilfried Zaha and the opening chance of the game on five minutes falling to the Eagles.

The ball landed kindly for Christian Benteke, on the inside-right channel of the penalty box, courtesy of Luka Milivojevic’s long ball through to Zaha, with the Ivorian deflecting the ball into Benteke’s path; the striker saw his low, near-post effort saved well by Dean Henderson. 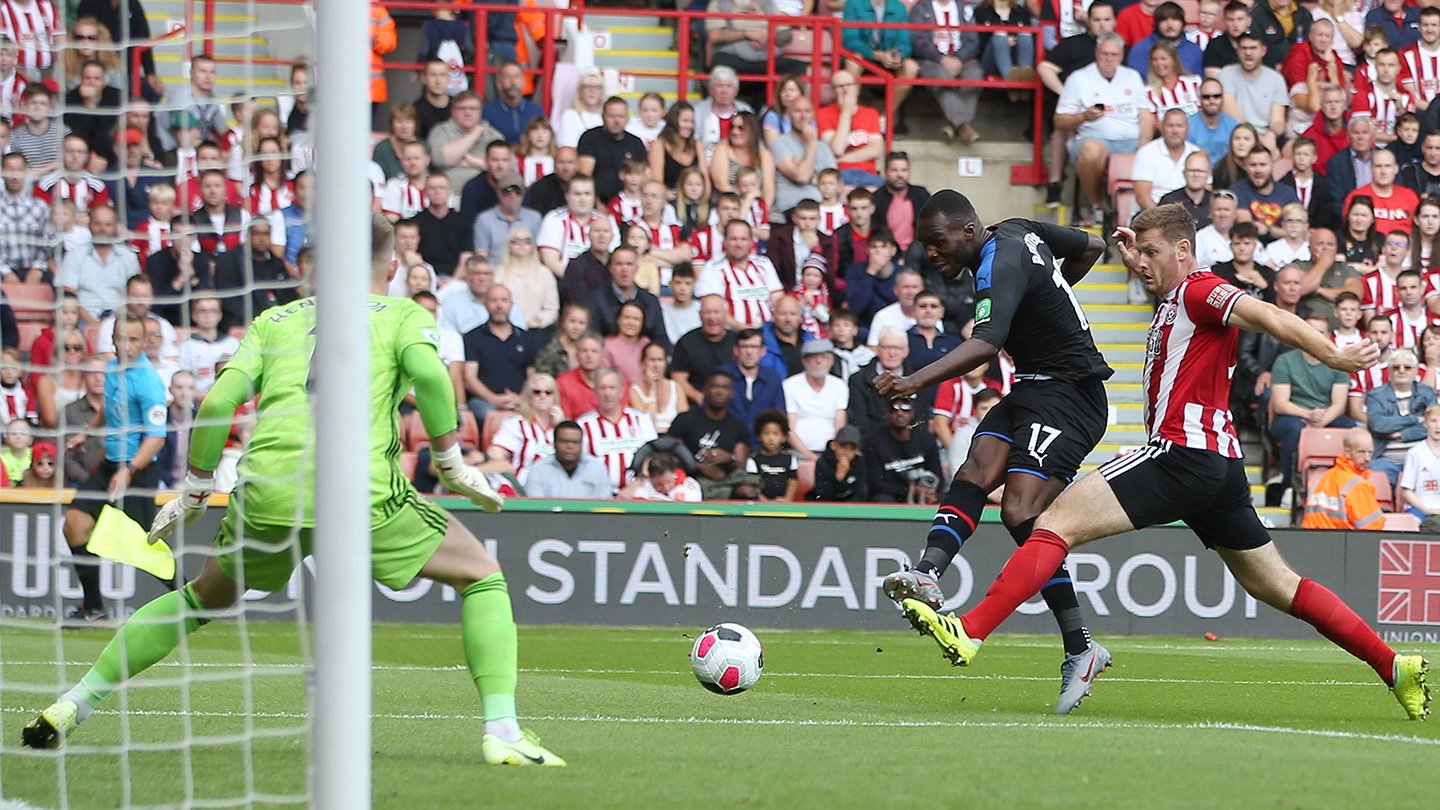 Returning to the starting line-up after his Africa Cup of Nations exploits and sub appearance last weekend, Zaha was finding space. Therefore, it was no surprise that our south Londoner was involved in the first yellow card of the afternoon, with John Lundstram getting his name added to the referee’s book for man-handling our Ivory Coast international.

With no more real moments of note for either team, the game still remained a hotly contested and open affair in the first 20 minutes; a sense of three points for either team made for a terrific Palace away atmosphere inside Bramall Lane.

The openness of the first half of the first half was epitomised in the 23rdminute, with the Blades claiming for a penalty via a handball; the referee ignored their protests and attentions then turned to Andros Townsend who was breaking at speed with the ball.

Despite Chris Basham’s best attempts to wear Townsend’s shirt, the winger did well to escape the clutches of the Sheffield United defender before releasing Wilf inside the penalty box. Less than 10 seconds from the Blades claiming for a spot-kick to Zaha eventually winning a corner. 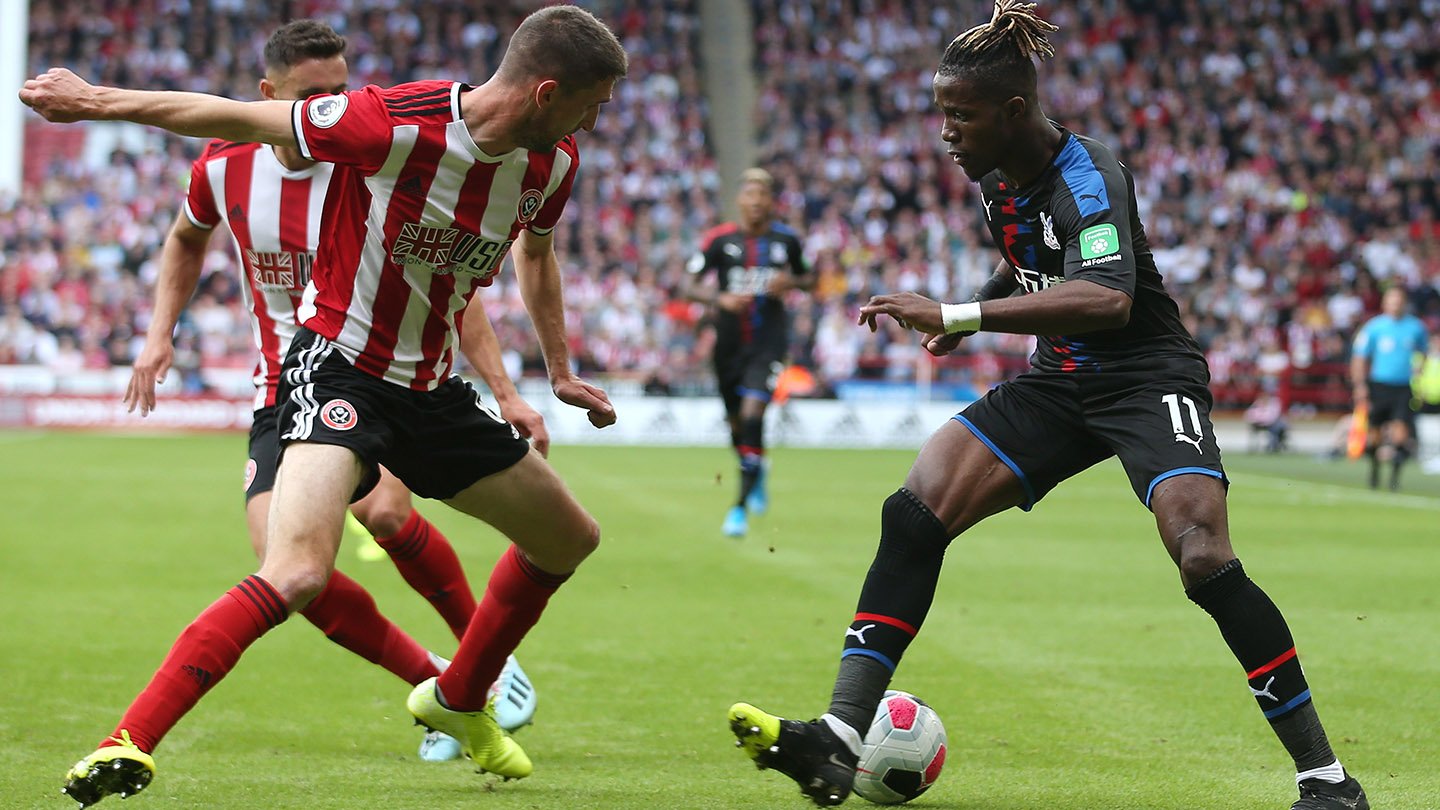 Chris Wilder was forced into a first-half substitute with John Fleck suffering an injury and being replaced by Luke Freeman on 28 minutes – a fitting name for a player entering such an open game at Bramall Lane.

Three minutes before half-time and Wilder’s side registered their first shot on target. And one that looked certain to give them the lead with David McGoldrick unmarked inside the six-yard box.

Enter Guaita; the Spaniard scrambling across his line to block McGoldrick’s effort as most of Bramall Lane rose to their feet for pre-emptive celebrations. 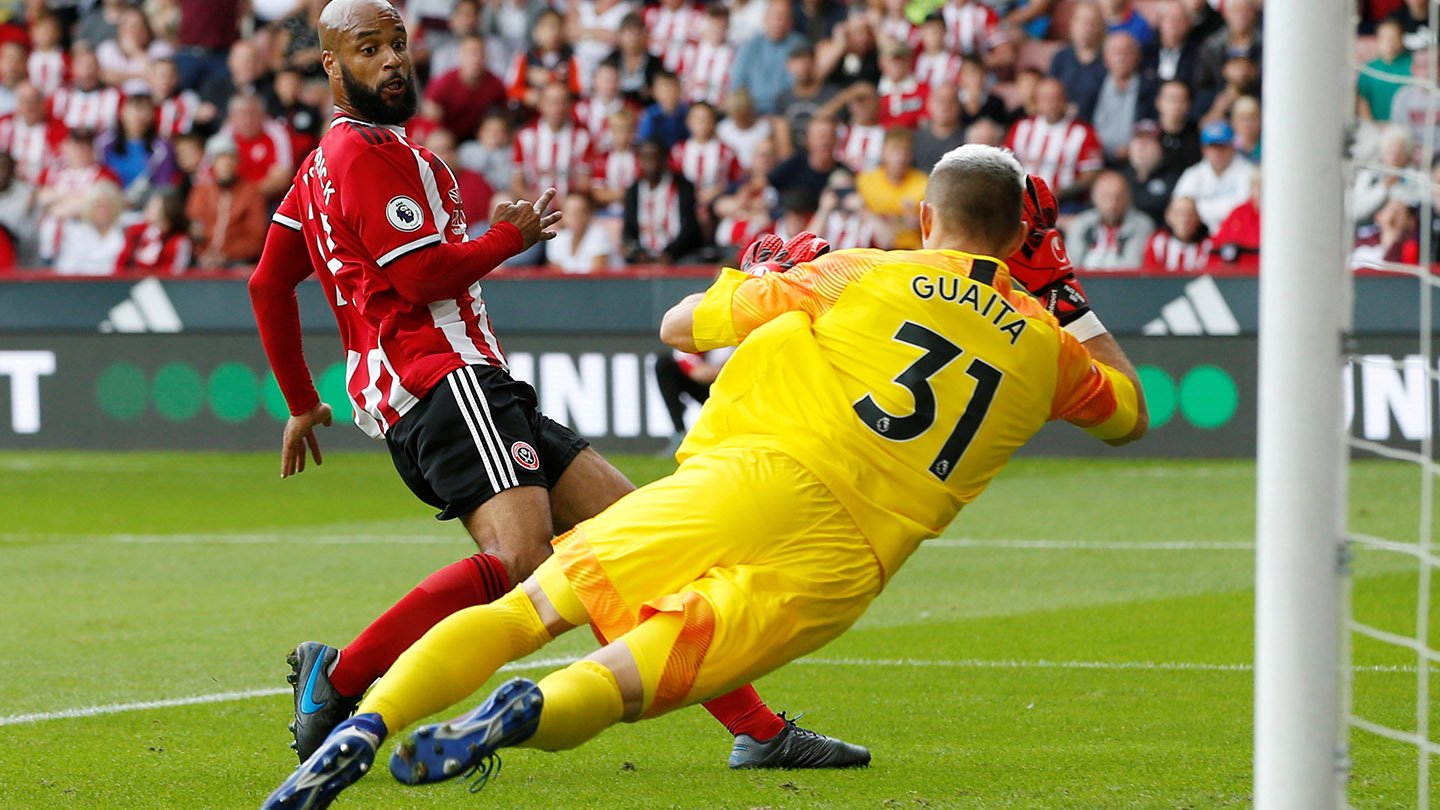 Moments after the restart, Guaita was again pulling off heroics. However, unfortunately for the Eagles No.1, after saving well from Freeman from close-range the ball fell to Lundstram who finished into the gapping net. 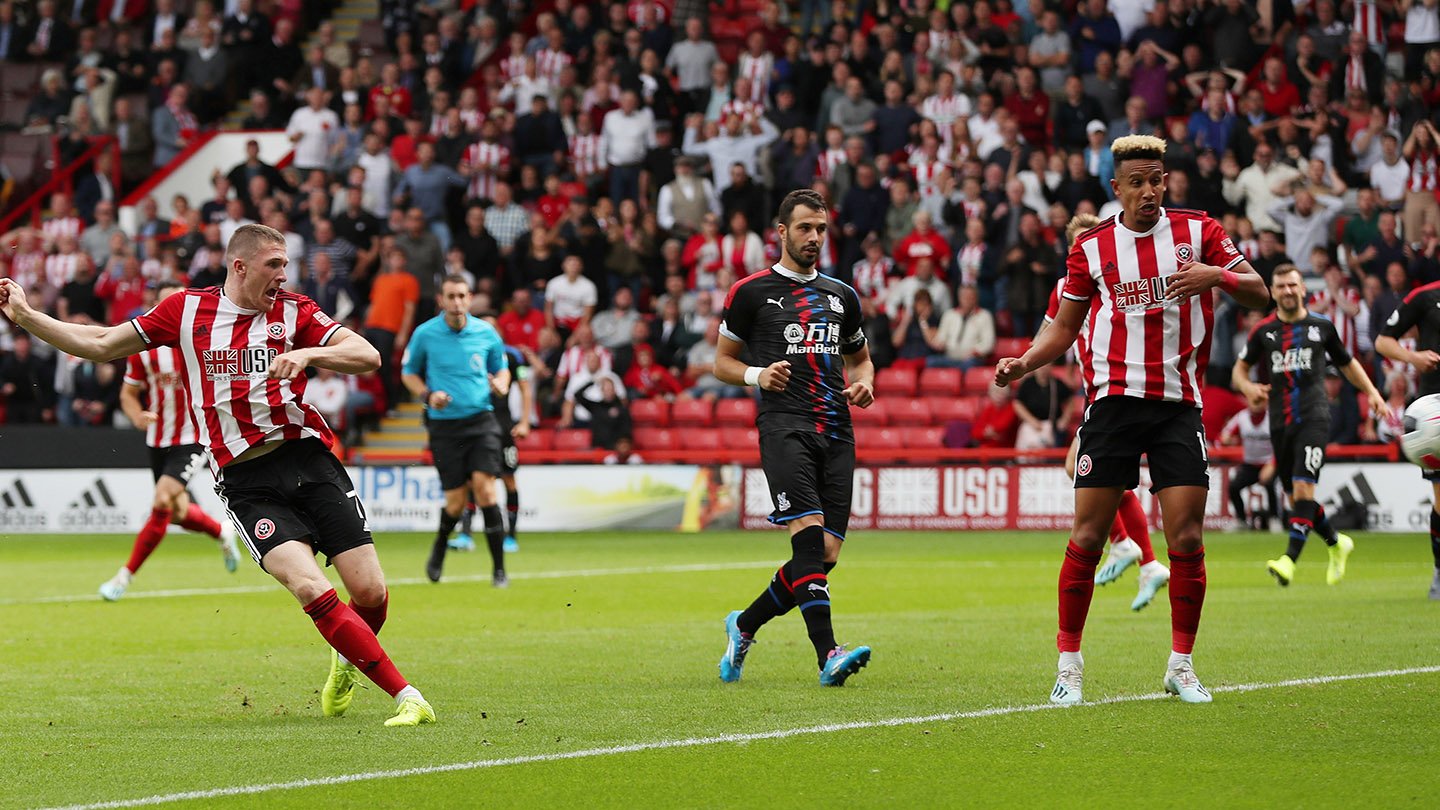 The Eagles responded well after going behind with Townsend looking to add another trademark effort to his impressive collection, but Henderson got down well to push away the winger’s curling effort.

With just under half an hour to go, the game saw the introduction of Jeffrey Schlupp, with Max Meyer making way for the Ghanaian’s first Premier League minutes of the season.

Schlupp’s arrival into the game was followed shortly after by James McCarthy’s debut, replacing Townsend as Hodgson tweaked things looking for that equaliser.

Hodgson's final sub of the afternoon added firepower to the attack with James McArthur being sacrificed in midfield for striker Connor Wickham on 83 minutes.

Despite the tactical changes, Palace were unable to find a way through the Blades’ backline, with the game finishing 1-0 to Sheffield United.