Historic result for Palace in superb victory over Manchester United

It was one of those Premier League days that gives you goosebumps: away at Old Trafford in the sun, with the belief that Crystal Palace could cause an upset. And Roy Hodgson's side duly obliged with a special performance resulting in a 2-1 win for the Eagles.

It was clear in the opening minutes of Gary Cahill’s debut to see why Roy Hodgson moved to bring in the centre-back over the summer: composed, solid and communicating with his Palace back four from the off. 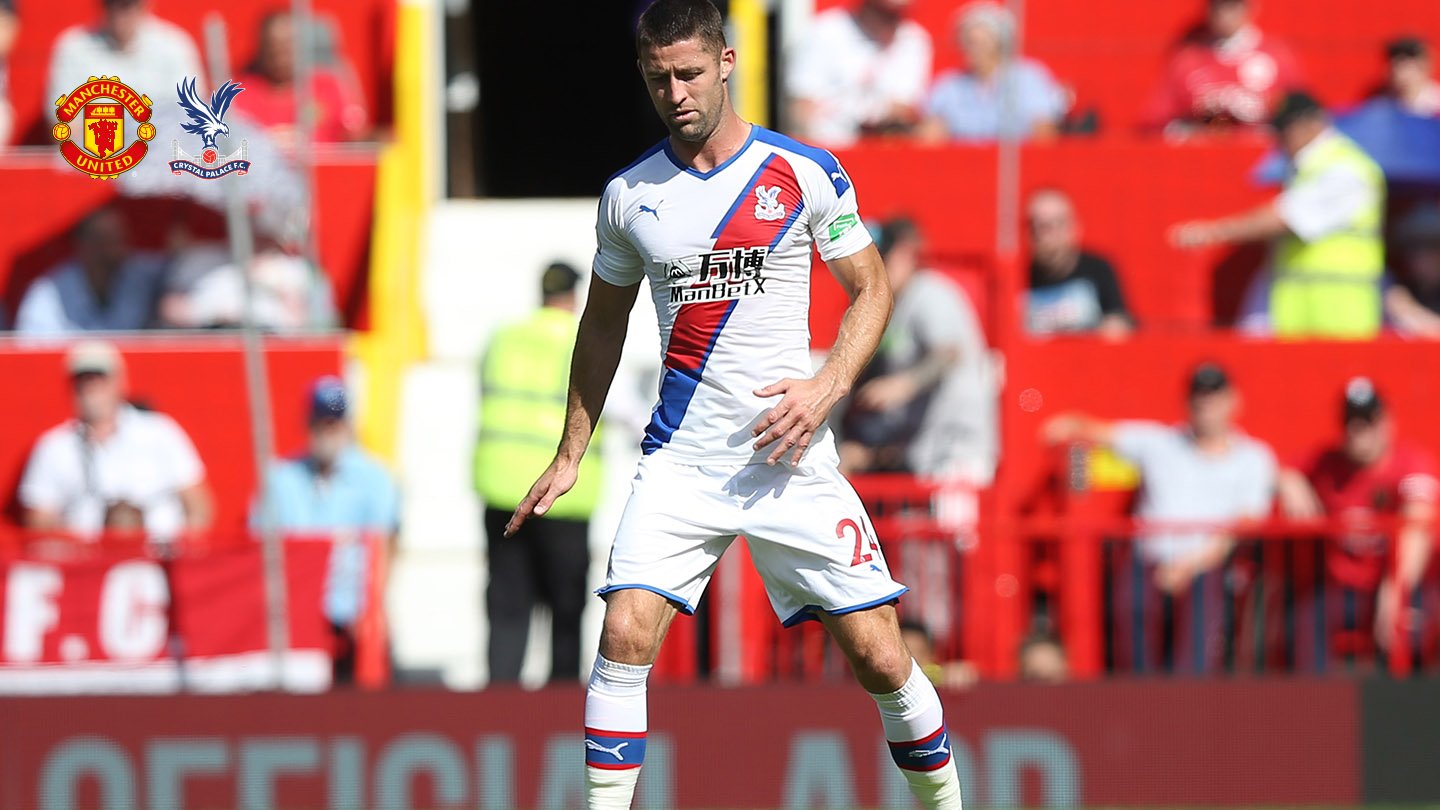 Despite a player of Cahill’s experience, Old Trafford as the venue of your debut for your new team wouldn’t be high on the list of desirables. However, the former England captain was instrumental in the Eagles keeping the game goalless in the opening half-an-hour.

It was Cahill’s partner on the left-hand side, Patrick van Aanholt, though, that put in the most important defensive moment of the first half, with the full-back blocking superbly from United’s Daniel James as the winger thought he was rifling home from eight yards. 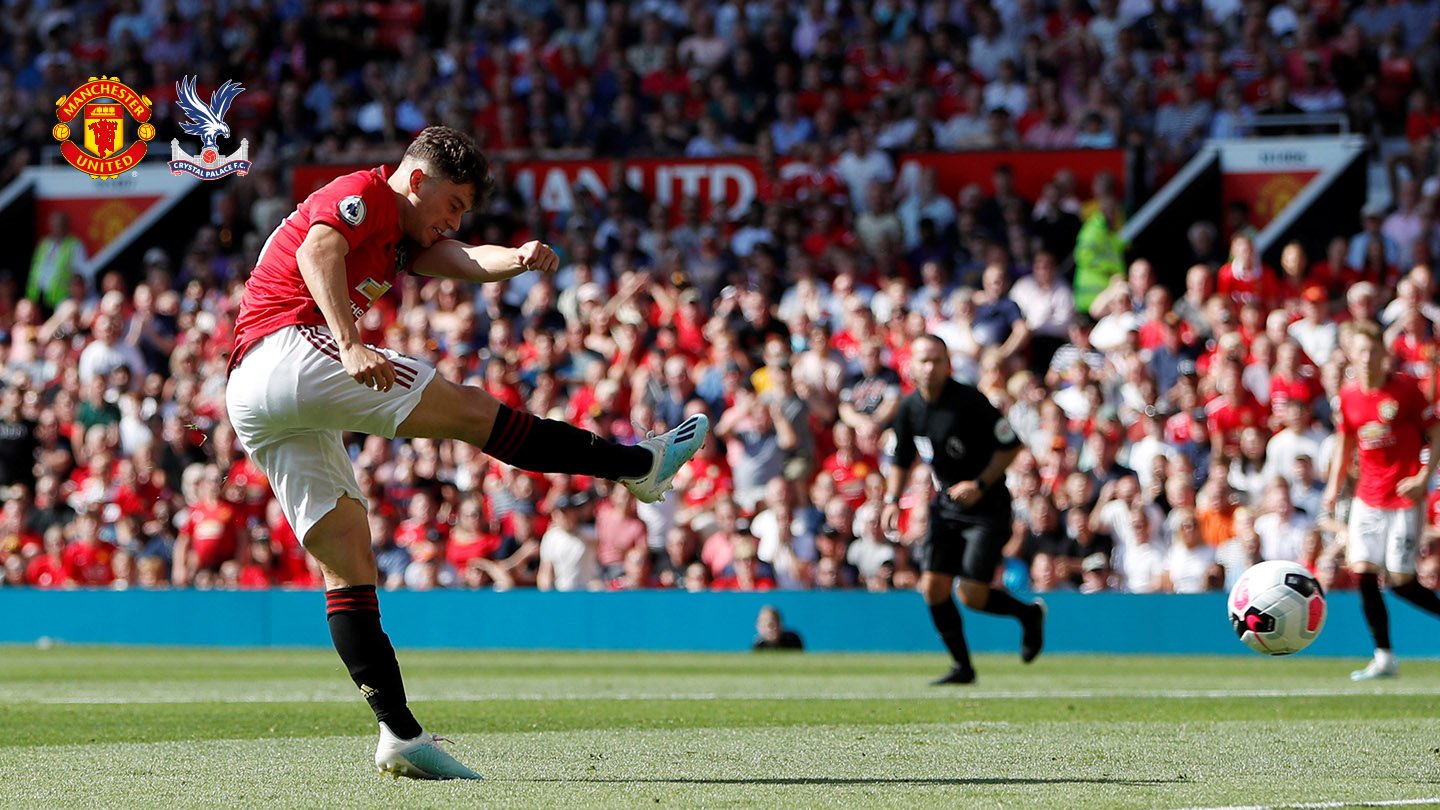 Apart from a couple of speculative Marcus Rashford free-kicks that had Vicente Guaita casually trotting across his goal line, the Red Devils were unable to make their sustained presence in the Eagles’ third amount to anything.

In the middle of the park, Jordan Ayew was dropping back to help out with the midfield tussle, supporting the likes of Jeffrey Schlupp and Cheikhou Kouyaté who were battling for everything.

It was therefore fitting that a physical battle won in the air by Schlupp sent Ayew clean through in the 32nd minute. Old Trafford fell silent; Red Devils in fear, and Palace fans in a wishful desire to see the ball ripple the net. 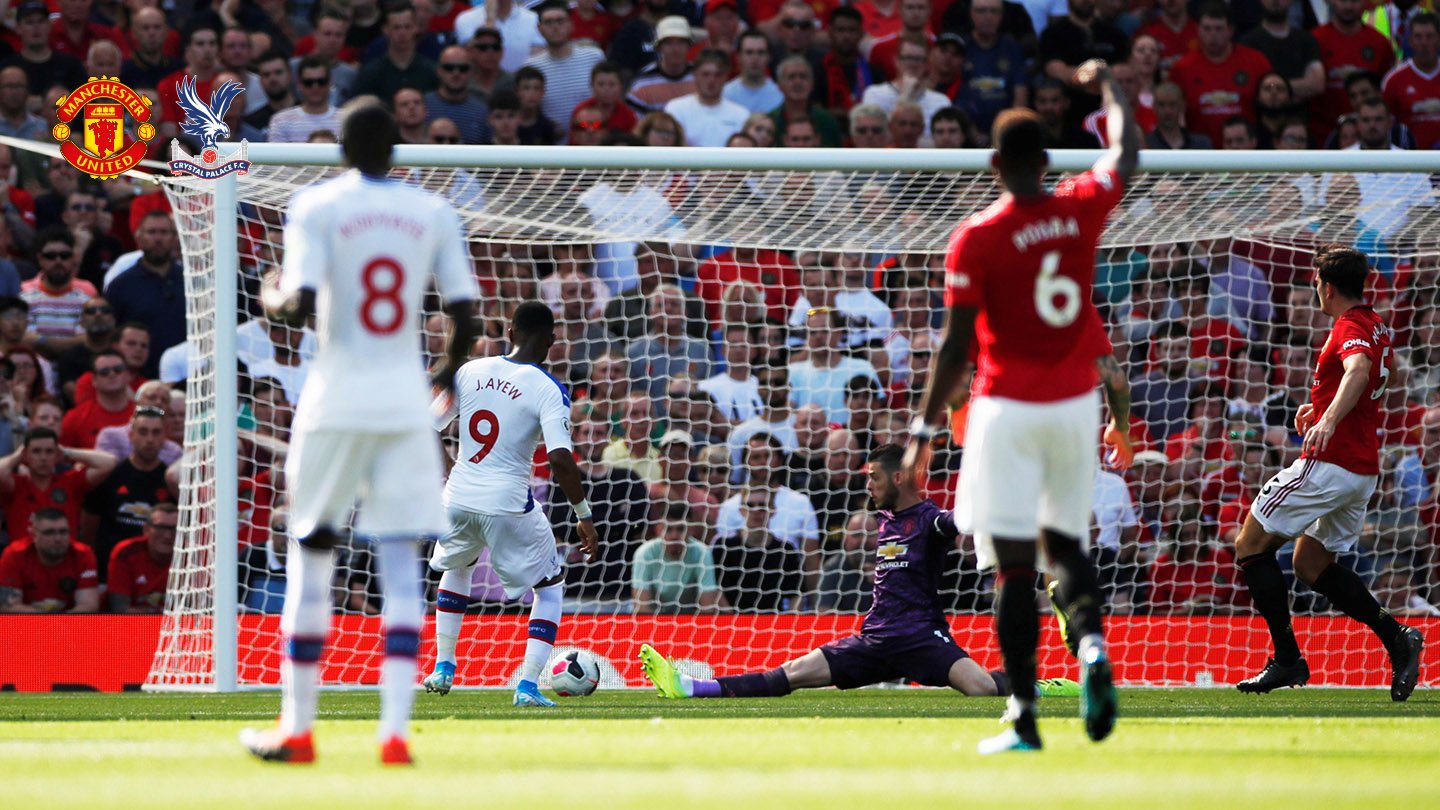 A moment that felt like an eternity, that ultimately lasted just a few seconds, saw Ayew display a coolness that everyone else associated with Palace away from the Old Trafford pitch was not. The Ghanaian international slotted past David De Gea and a red and blue corner of Old Trafford erupted.

The goal clearly stunned United, with Ole Gunnar Solskjær’s team only truly threatening once before half-time, which resulted in a Cahill yellow card as Anthony Martial looked set to race through into the penalty area.

Prior to that moment, though, Wilfried Zaha almost doubled the Eagles’ lead, with the ball falling kindly to the Ivorian in the box at De Gea’s near post. However, with the angle rapidly closing, the Spaniard closed out Zaha’s effort. 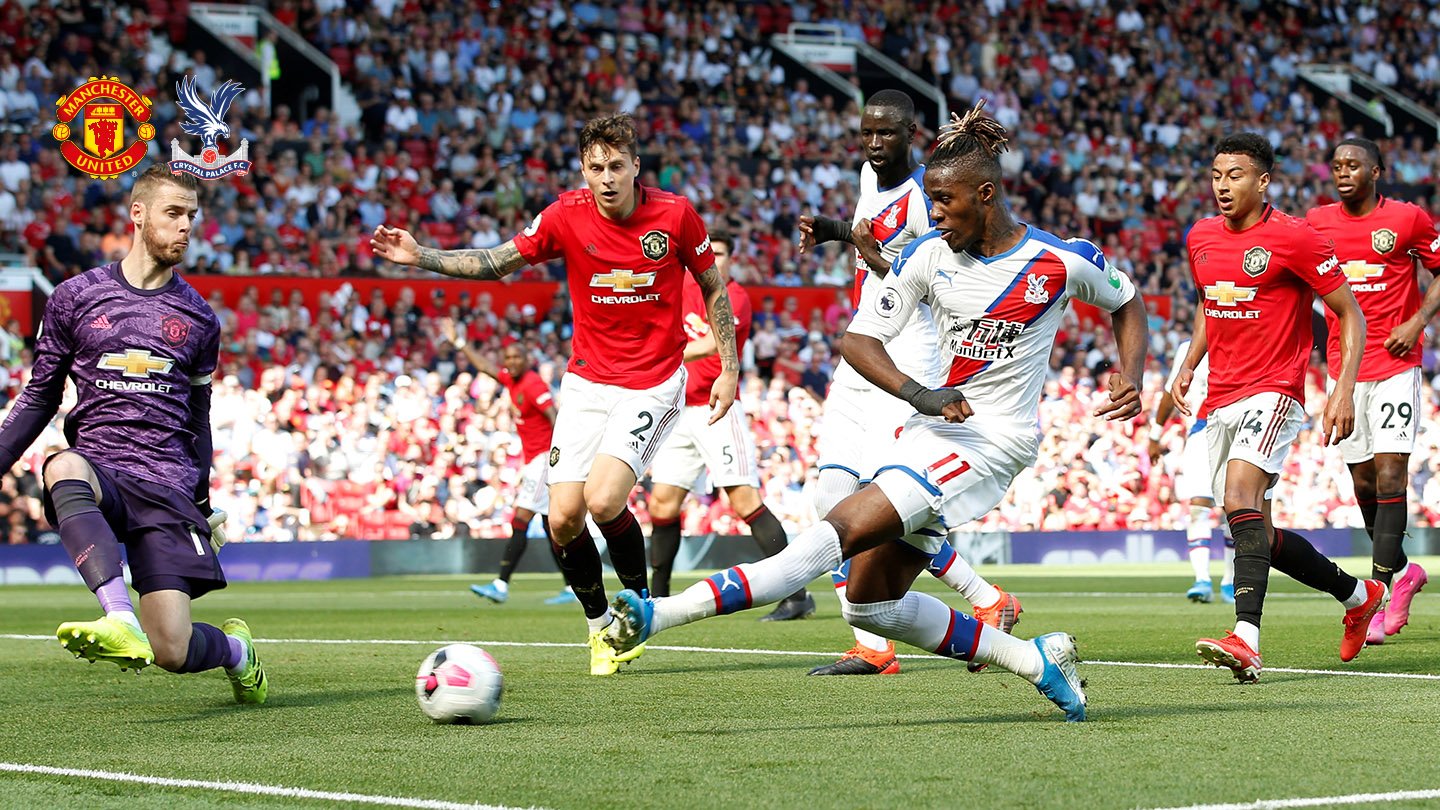 Half-time team talks came and went; United returned early, with it clear that Palace were in for another period of being under sustained pressure. And two minutes into the second half, James again thought he was destined to score, with an Ashley Young cross finding the Wales international at the back post but yet again Van Aanholt made an important block.

With Young coming on after Palace’s opener in an enforced change for Luke Shaw, Solskjær made his first desired tactical change on 51 minutes, with Mason Greenwood replacing Jesse Lingard.

On 68 minutes, the belief that the Eagles could in fact get their first league win at Old Trafford since 1989 rose, even though the incident was a penalty award to United.

Up stepped Marcus Rashford, with the England international sending Guaita the wrong way from 12-yards. However, the forward’s penalty hit the inside of the post, bounced across the goal and away from danger. 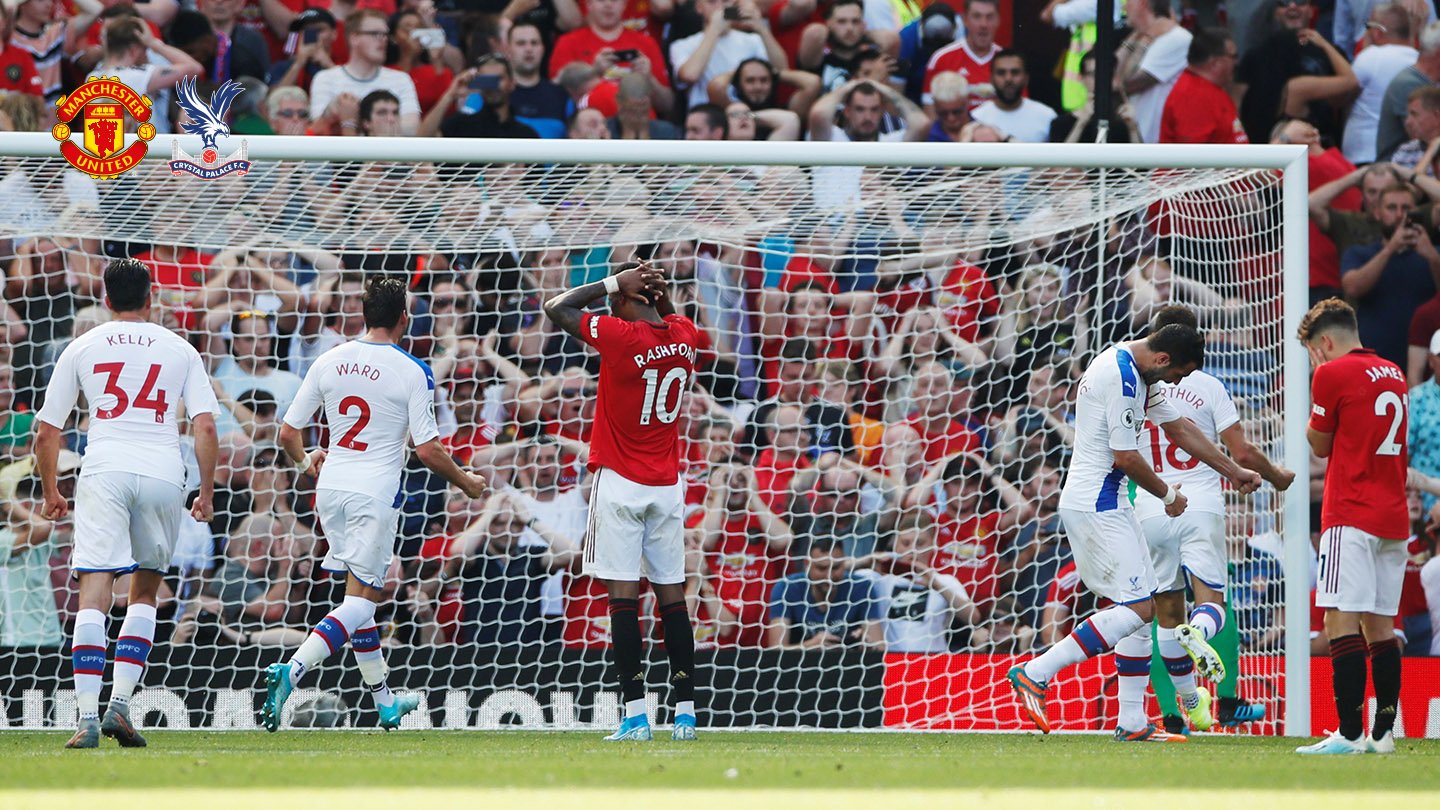 If the performance from the lads on the pitch and the fans in the stadium wasn’t special before the 68thminute, it certainly was after it. The noise rose, as did the expectation levels that the Eagles could leave Manchester with a positive result.

McArthur was fighting for everything; Kouyaté solid in every challenge; Ayew tracking back from the final third; Zaha and Schlupp filling in at full-back; the Palace defence, supported by Guaita, a resolute bank. 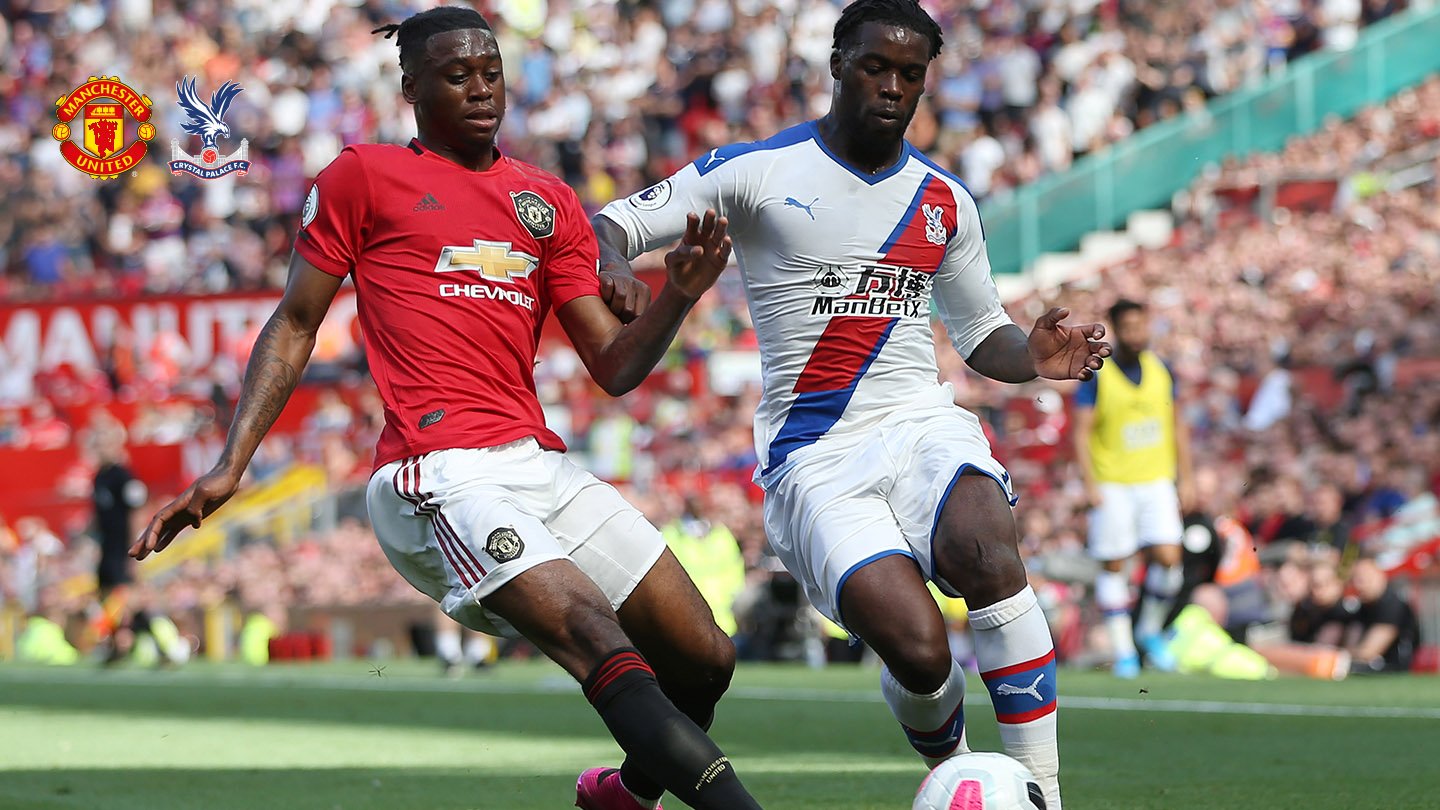 Townsend, Benteke and McCarthy came on for Schlupp, Ayew and Kouyaté at differing points in the final 15 minutes as Hodgson recharged his ranks with fresh legs.

As the clock ticked into the 88th minute, Palace's impressive resilance was broken, with Martial finding James inside the box, with the winger curling one into the top corner from just inside the box.

However, their was another twist in the tale for the boys from SE25; deep into injury time, Zaha danced into the box, before eventually losing possession. Thankfully for the Eagles, the ball fell kindly to Van Aanholt whose first touch took him past the United backline before rifling at De Gea who was powerless to stop the ball from giving Palace the lead again late on. 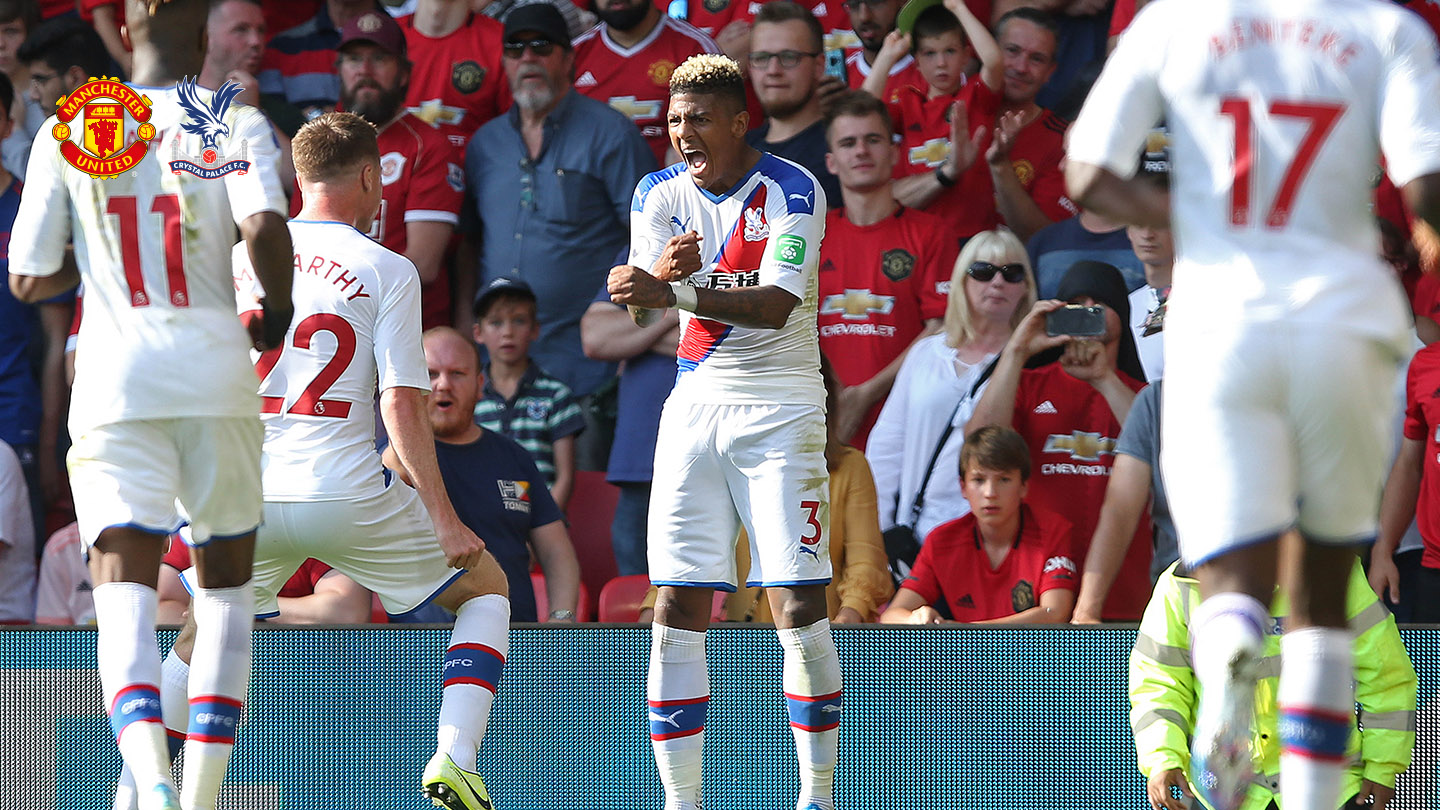 The ref's full-time sounded as the Eagles in the stands, on the bench and out on the pitch celebrated in ecstasy.