Captain Sam Woods led out the U23s side for Richard Shaw’s team’s pre-season clash against Corinthian Casuals, as the Eagles looked to bounce back from Saturday’s narrow 1-0 defeat to Bromley.

The opening couple of minutes saw the home team chasing red and blue shadows with every single midfielder and forward involved in an intricate move: the pick of the passes coming from TQ Addy on the left-hand side to find James Daly in the box, with the striker’s effort drawing a good block from the Casuals’ backline.

Corinthian Casuals instantly tried to respond to the fast start from the Eagles, with Woods enjoying – and winning – a couple of physical battles with Corinthian’s No.7.

The heat wasn’t proving to be a deterrent for Palace, with neat, crisp and well-worked passing patterns eventually releasing Idris Kadded through on goal. However, the retreating Casuals right-back’s last-ditch effort caused an unfortunate ricochet as Kadded looked to race clean through.

With the U23s’ defensive line pushing up, Palace occupied the opposition’s half well, and Brandon Aveiro forced a good save to register the team’s first shot on target. From the resulting corner, the ball - somewhat fortunately - fell to the feet of Daly. However, the striker couldn’t quite get his shot away.

The high level of football that the Eagles had been playing got its deserved breakthrough on 12 minutes, with a daisy cutter from former club captain, Jason Puncheon, finding the ‘keeper’s bottom left corner from 20 yards - Punch was starting tonight as he looks to maintain his match fitness ahead of his next career move. 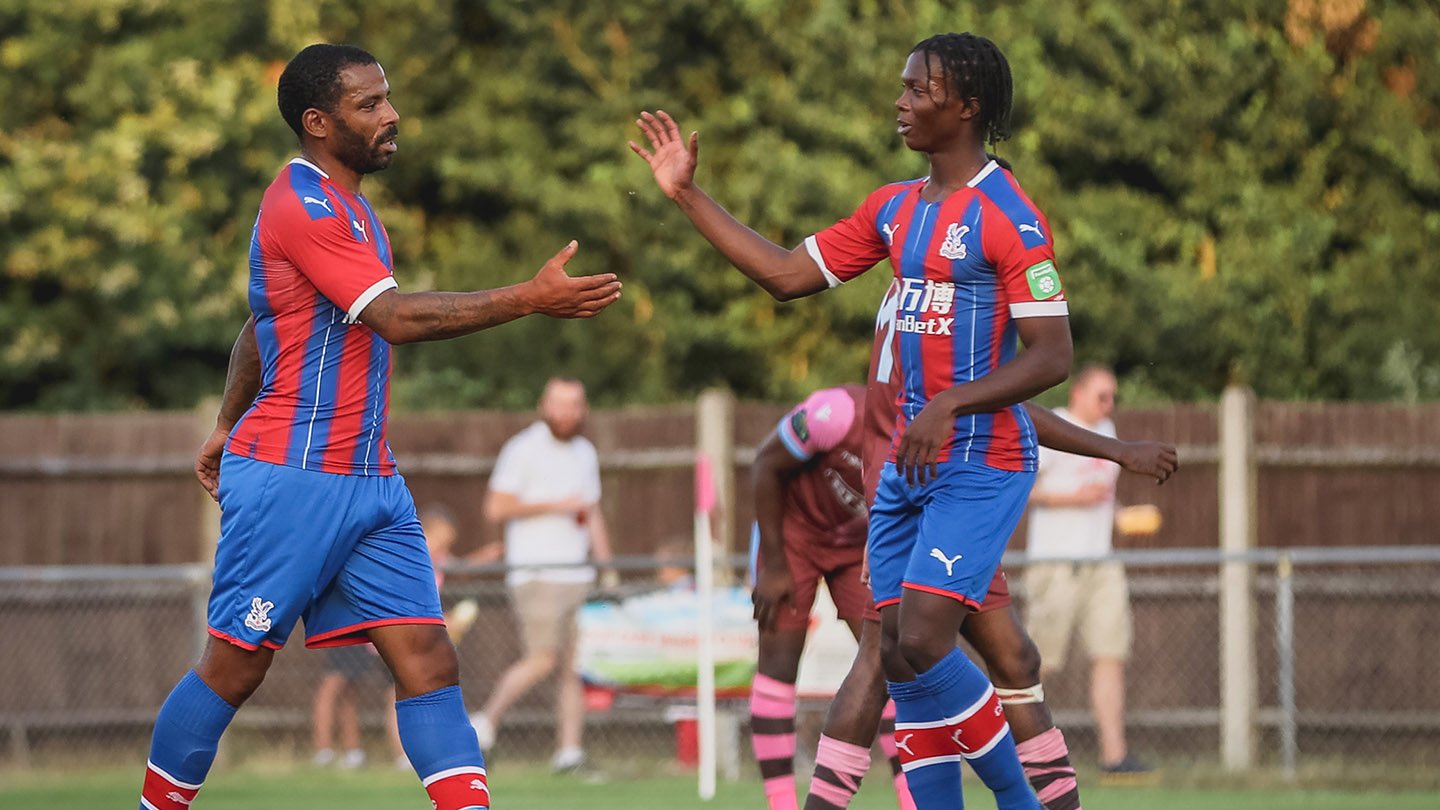 After the goal, Casuals settled into the game and on 18 minutes went clean through on Ollie Webber’s goal, and just as Webber prepared himself to make a save, a retreating Jacob Mensah expertly timed a slide tackle to knock the ball out for a corner - the resulting set piece almost brought about the equaliser with a header going inches wide of the Palace goal.

A slight lull in the game was ended when a lively Daly again sparked into life down the right-hand side, with a lovely turn leaving behind the Casuals’ left-back; accelerating clear, the forward found Kian Flanagan rushing through on the edge of the box, however, the midfielder’s effort failed to test the ‘keeper.

On 31 minutes, Corinthian Casuals levelled the game, with Palace failing to properly clear a corner. A couple of bobbles in the penalty area eventually fell kindly to Casuals’ No.6 to scuff home past Webber into the bottom left corner.

The equaliser buoyed the home side and the Eagles could’ve found themselves trailing on 35 minutes had it not been for a wonderful sliding tackle from Woods, as Corinthian Casuals’ striker lined up his strike on the right-hand side of the six-yard box.

A mixture of tenacious and fine footwork from Kadded on 40 minutes released Daly just inside the left of the area, with the striker firing a well struck effort across goal that almost restored the south Londoners’ lead. 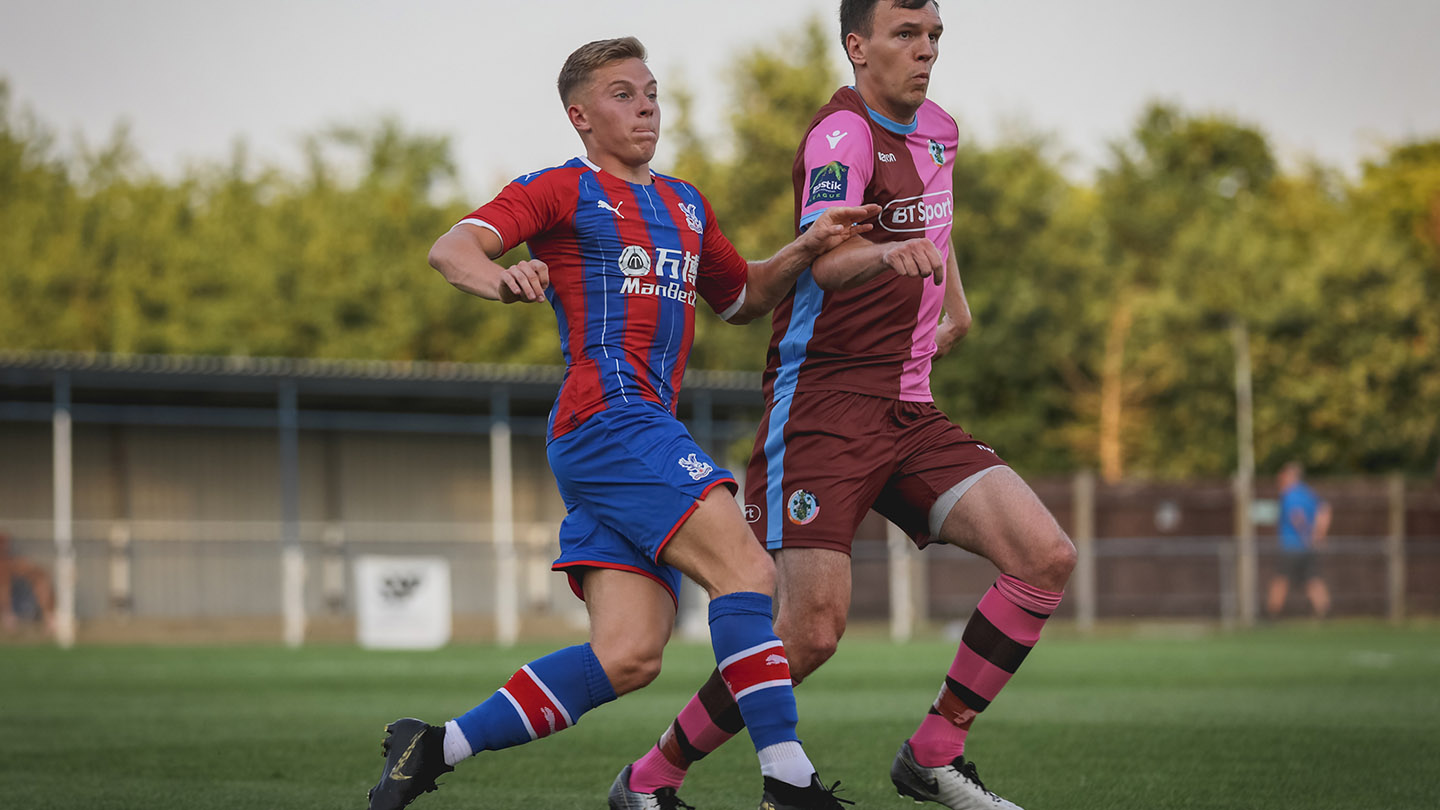 One minute later, it was a case of deja vu with Daly again released into the same position, however, an offside flag brought an end to the move just as the Casuals’ shot-stopper saved well with his feet.

Five minutes into the second-half, Corinthian Casuals were awarded a free-kick in a dangerous area just outside the box. As the watching fans expected an effort towards one of the top corners, Casuals' taker went low and under the wall, an attempt that Webber got down smartly to tip round for a corner.

From the resulting set piece, Palace broke with Tanimowo selflessly finding Addy in a two-on-one overload down the left. The midfielder then completed the selfless one-two by finding Tanimowo at the back post to tap home into an empty net. Unfortunately for the Eagles and the travelling fans, the offside flag was raised to prevent the ideal end to a wonderful, sweeping Palace move.

The game was becoming a real end-to-end battle to take the lead, and on 63 minutes Webber again got down well to a thunderous effort. Unfortunately for the Eagles ‘keeper the ball landed at the feet of a Casuals striker, and with Webber on the floor from his previous save, the expectation was for the net to ripple. However, the strike was hit with too much force and cannoned back off the crossbar and the Eagles then cleared.

Dion Henry was the next sub for Shaw’s side, coming on midway through the second-half, and the goalkeeper was welcomed into the game with a well struck effort from range, which Henry held well. 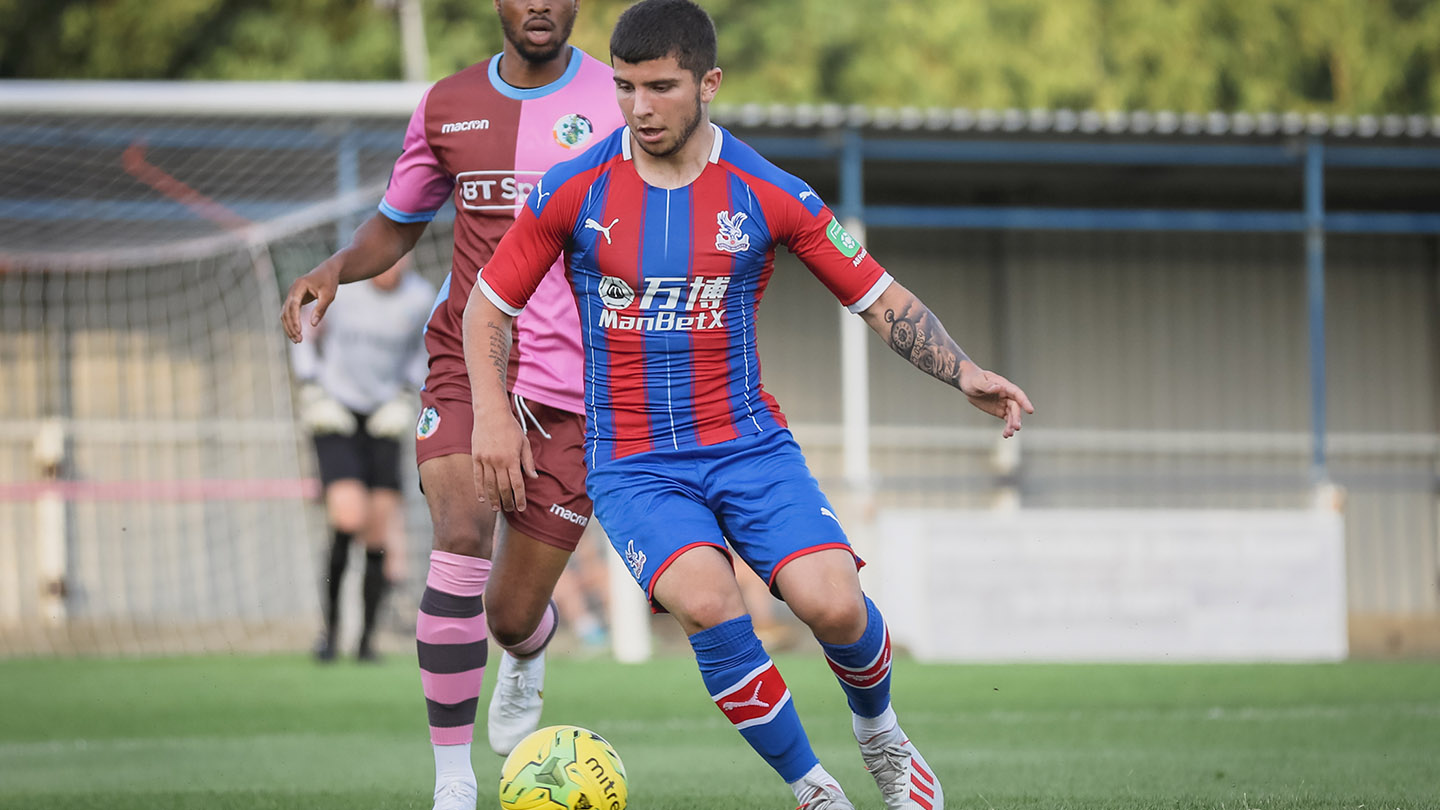 And that goal almost came in the 85thminute, when Agyaakwah charged down the left-hand side with his cross-cum-shot almost sneaking in at the back post as it fizzed across the goalmouth.

It was then TQ Addy’s time to try and find the game-winning goal, with a delicate one-two finding him behind the Casuals’ defence, however, a weighted effort just couldn’t quite evade the legs of the Casuals man between the stick.

The winner did come, however, in the dying minutes, thanks to Kian Flanagan. Again, it was a well-worked one-two which put Flanagan through in the box with the central midfielder finishing well to give Shaw’s side the victory.