Palace Women lose out in London derby to late winner

An entertaining game down at Hayes Lane between Palace Women and London City Lionesses saw the visitors take all three points despite the Eagles taking the lead in the second-half through Ashleigh Goddard. However, the Lionesses turned things around to win 2-1.

Bianca Baptiste started the game extremely brightly and twice in the opening four minutes the forward was key in the game’s early big moments. Firstly, Baptiste was a marginal offside call away from having her name on the scoresheet having lobbed Lucy Thomas expertly in the Lionesses goal.

On four minutes, Baptiste exploded down the right flank, in acres of space, with the Lionesses retreating defence struggling to keep up with the forward. However, Palace were unable to turn home Baptiste’s fizzed cross across the six-yard box.

The Lionesses eventually settled and on nine minutes brought about a save from Lucy Gillett that was a lot harder to keep hold of than the Eagles ‘keeper made it look. The ball fell to Short in the box from a corner and on the turn she fired through a crowd of players, but Gillett’s fast reactions saw her hold well.

London City Lionesses began to push, and on 19 minutes the Palace crossbar was shaking through a fine curled outside of the box effort from Juilette Kemppi, with the No.10 working the opportunity well for herself after cutting in from the left. With Gillett reduced to a spectator as the ball sailed over, thankfully for Palace the ball hit the bar and went out for a goal-kick.

In this end-to-end game, it was Palace’s turn next to go close to opening the scoring, with Hannah Mackenzie losing her marker at a corner, drifting in at the back post, but her goal-bound header couldn’t bobble its way through a crowd of Lionesses. 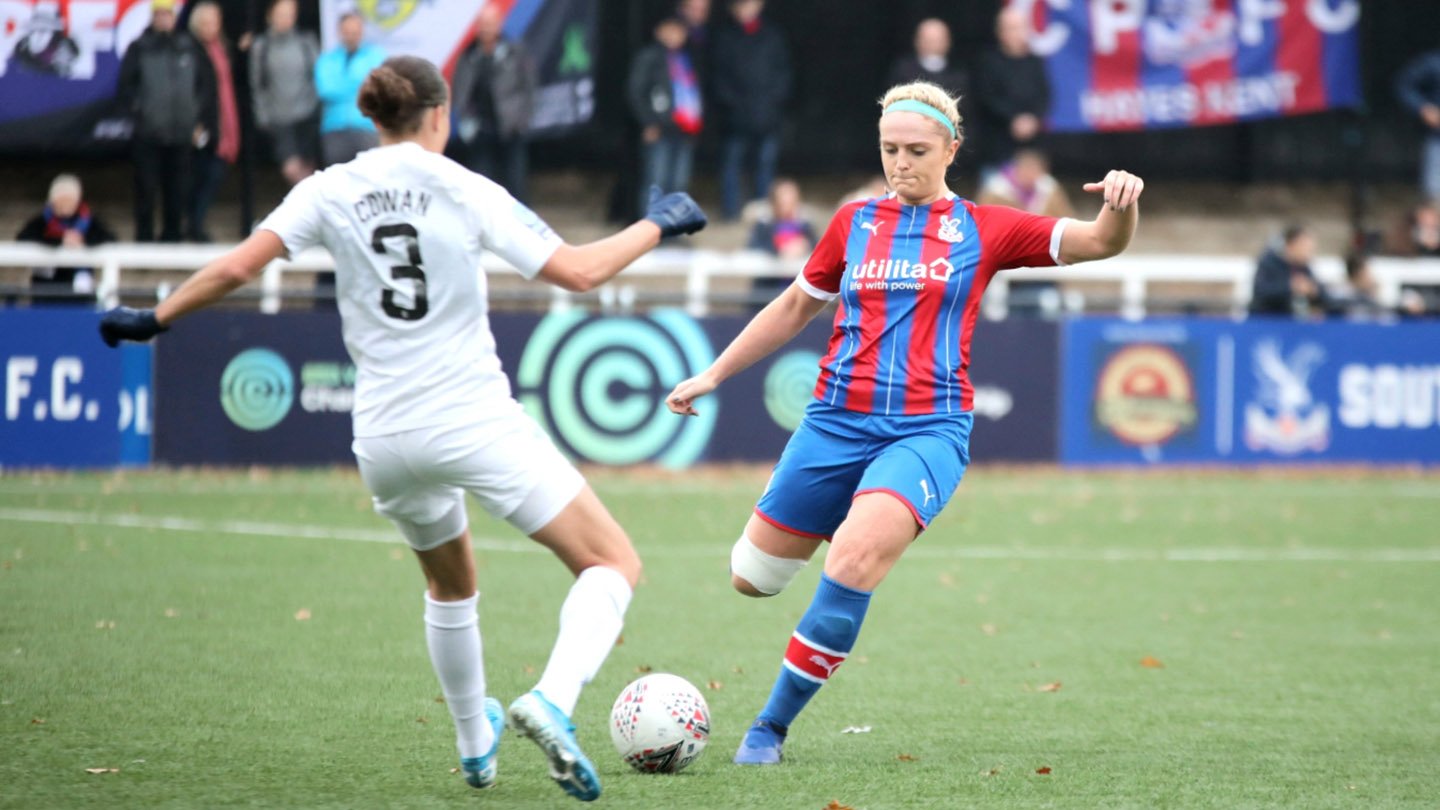 London City went close again just after the half-hour mark, again a corner resulting in another effort from Short, only this time her back-post header was saved well from Gillett.

Palace looked certain to score two minutes before half-time when Ella Rutherford found herself unmarked in the box, and as Aoife Hurley’s first-time cross looked destined to land on Rutherford’s head, the striker misjudged the flight of the ball and the chance went.

Gillett’s impressive first-half performance was closed out in style in injury time, with the American flying to her right to save a superb volleyed effort from Fyfe, with the chance coming at the end of a well-worked corner routine from the Lionesses.

The second-half didn’t begin in the same manner as the first 45, with 10 minutes passing before a chance of any real note. It fell to London City’s Freda Ayisi who failed to truly trouble from just inside the box, with a low, drilled effort.

That sight of goal for the opposition sparked Palace back in to life, though, and a wonderful bit of build-up play on the edge of the Lionesses’ box culminated in an exquisite flick from Georgiou who found Rutherford; the striker then worked space for herself on the edge with some great footwork before seeing her goal-bound effort blocked just wide. 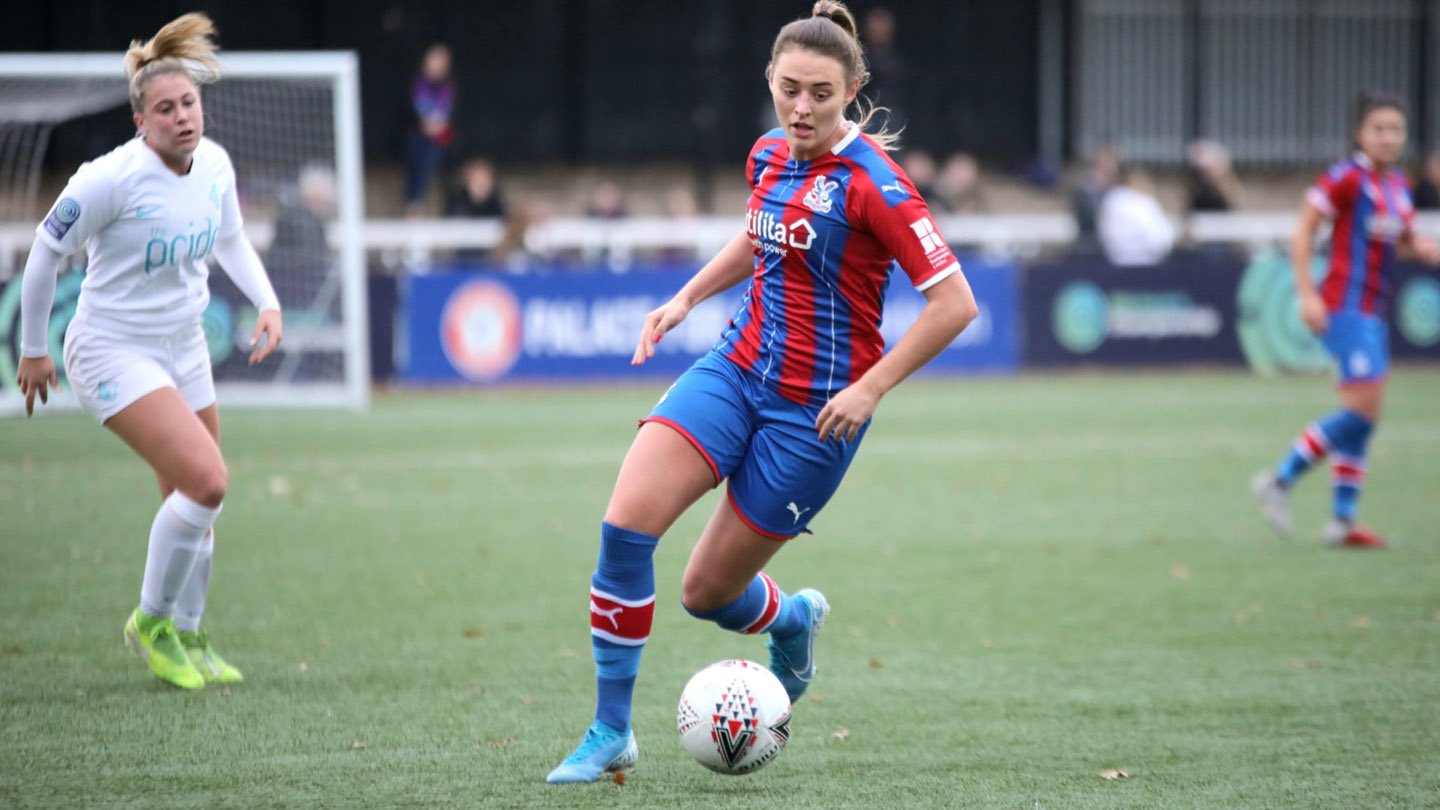 From the resulting corner Ashleigh Goddard went agonisingly close with a header. However, the midfielder wouldn’t have to wait long for her moment of glory, when in the 64th minute Goddard capitalised on some poor defending to poke home from close range to give Palace the lead. 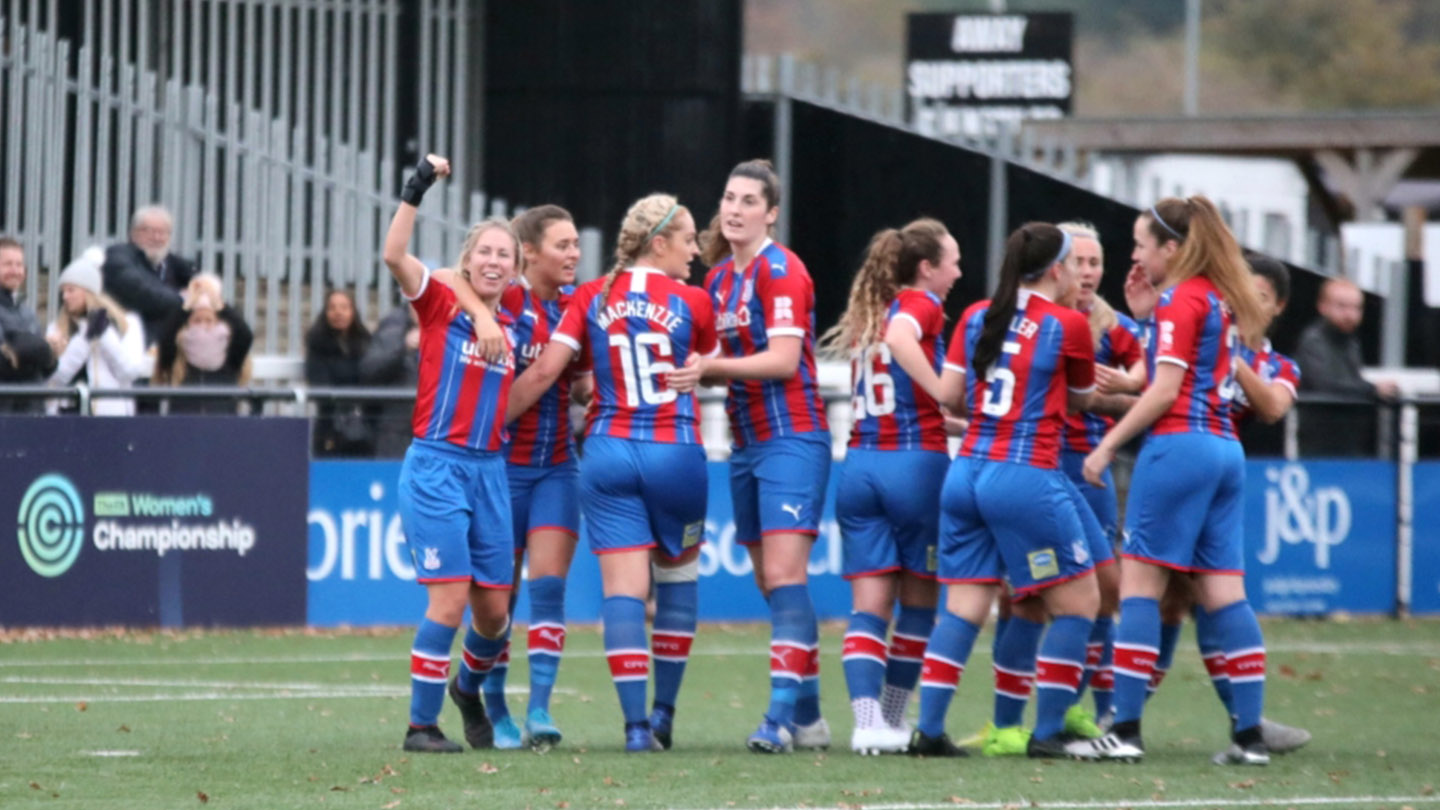 London City Lionesses responded by sending on Vanessa Susanna, and it had the desired impact for the visitors with the striker equalising with virtually her first touch of the ball, slotting home after a combination of a great save from Gillett and heroic blocks from the Palace defensive line.

With five minutes remaining, London City Lionesses completed the turnaround with substitute, Elisabeta Ejupi controlling well in the box before swivelling and firing past Gillett.

Manager Dean Davenport responded by sending on forward Cherelle Khassal for Mackenzie, and Ciara Watling for Ashleigh Goddard, and it almost paid off with the Eagles hitting the bar in injury time.