Crystal Palace marched to victory over Aston Villa at Selhurst Park this afternoon, being the dominant of the two sides from the first whistle and earning their three points through a fine-looking Jordan Ayew, who bagged against his former club late into the game.

The game opened with both teams struggling to drive their way through the congestion of two dynamic midfields; each side switching from 4-3-3 to 4-5-1 when forced onto the back foot.

The result meant the opening 20 minutes hosted few chances, with the busy pitch seeing more fouls and rough challenges than shots on goal. 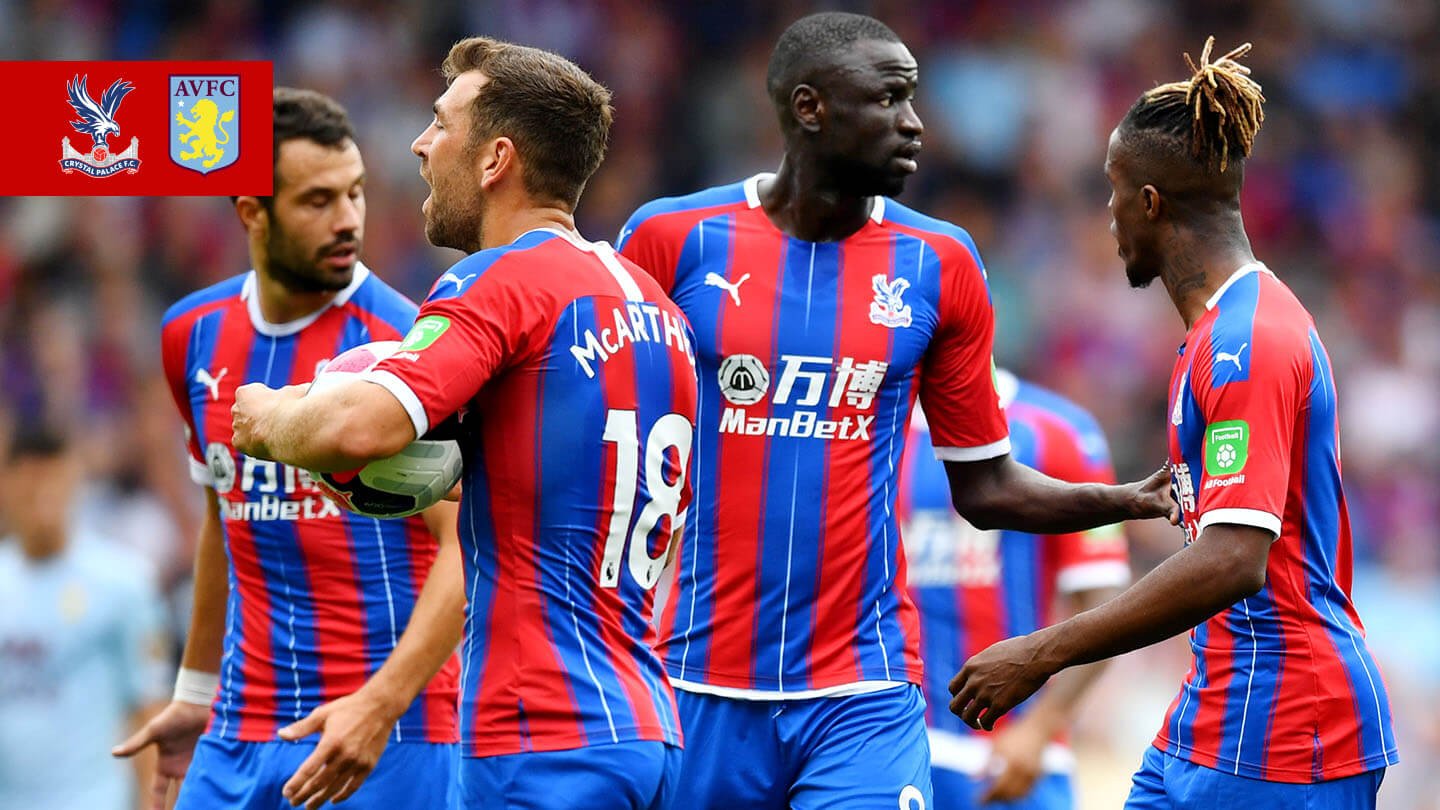 James McArthur was the first Eagle to try his luck when Patrick van Aanholt roamed his way along the left-wing to the byline and then cut-back to the Scotsman. Looking to control the ball rather than strike it first-time, McArthur was outdone by a cluster of Villa bodies.

Reacting to the rebound, Jeffrey Schlupp was denied in similar fashion by the dense crowd in front of him and struck into a throng of visitors.

McArthur found himself involved again in a situation mirroring his first effort, but this time he struck a whipped cross first time, unlucky to clip the ball over the bar. 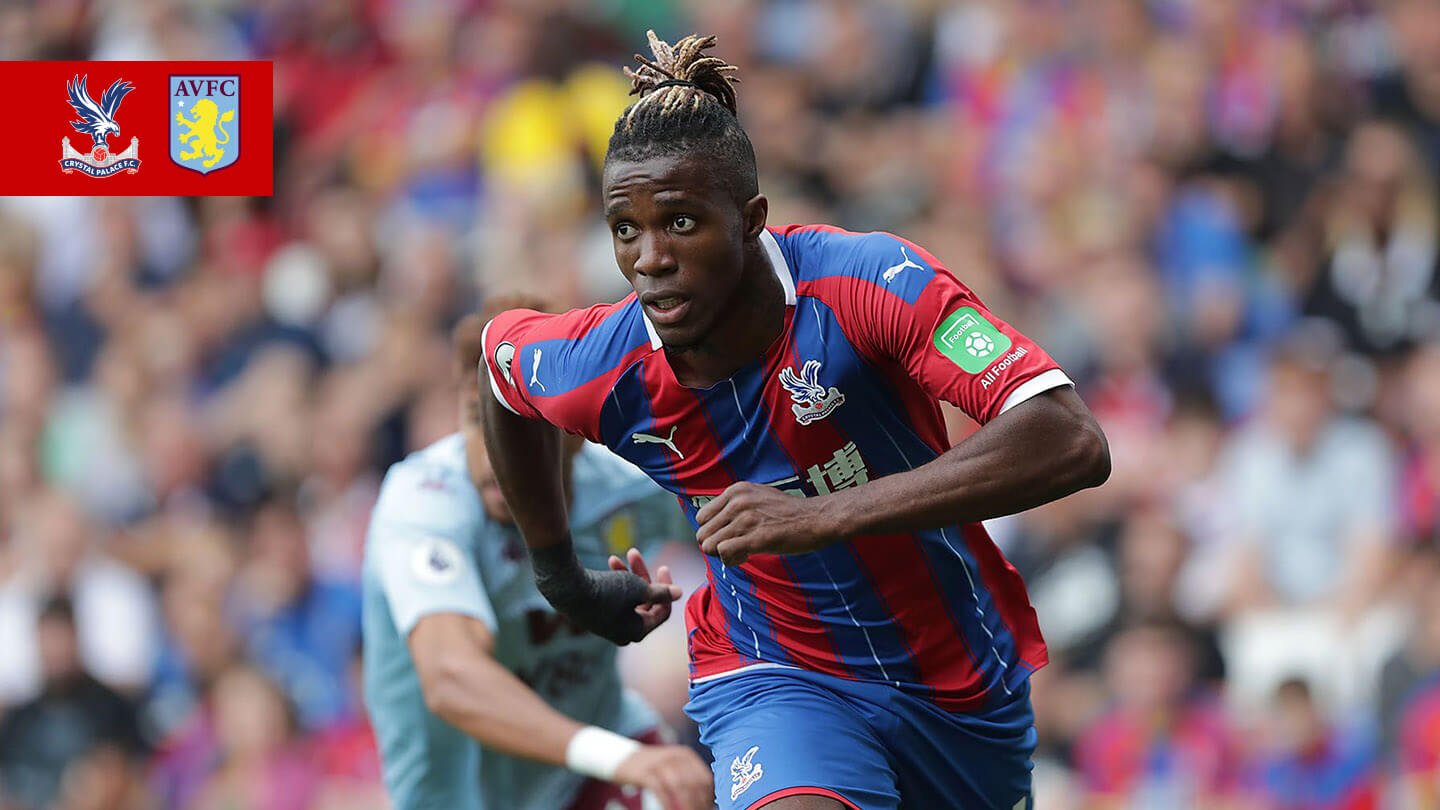 The near-miss seemed to catalyse a series of chances for the hosts, who had until then seen little action in their opponent’s half. Firstly, the unlikely threat of Cheikhou Kouyate looped a header inches over the bar before Schlupp cannoned a volley off the turf and into Tom Heaton’s gloves. Barely a minute later, former Villan Ayew stretched every sinew in an attempt to bury McArthur’s low cross, but was just too late to make contact.

The game then lulled for a deceptive while before the Eagles launched another charge at the visiting goal, keeping 33-year-old Heaton alert as the first half wound down.

Following Wilfried Zaha knocking a volley over under pressure, Luka Milivojevic found the target with a tricky free-kick, catching out everyone in the stadium bar Heaton, who got down early to push wide the Serbian’s deceptive, low effort. Kouyate was next to try his luck - again latching onto a cross at the back post with his head - but the Sengalese could only head down into the ground and up into the latex of Heaton’s gloves. 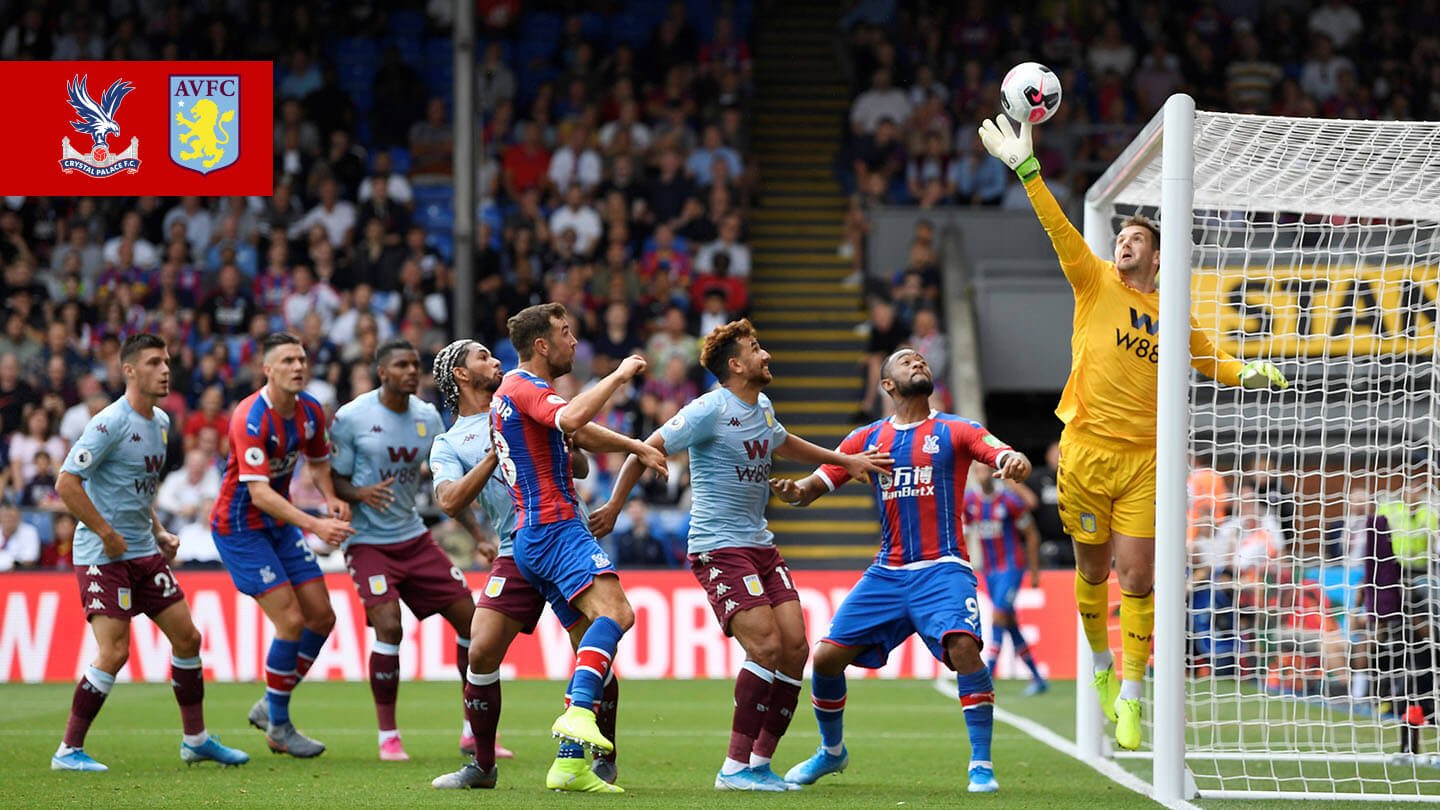 Villa opened the half either spooked or chastised for Palace’s first half charges and kicked-off by launching themselves at the Eagles’ goal. But after a minute spent unnerving the hosts, the opposition settled back into their deeper shape and Roy Hodgson’s men regained their dominance.

Palace's superiority was then given an added advantage when Trezeguet received his marching orders for a bookable foul on Joel Ward in the first half and another on Zaha in the second.

Capitalising on Villa’s disruption, Palace began to launch themselves at their visitors. Milivojevic came close to taking the lead in dramatic fashion as he unleashed a powerful attempt on the Lions’ goal, curling a ball with pace only to be denied by the leaping Heaton.

McArthur and Ayew also came close, with the former teeing himself up to try his luck with an overhead kick which flew past the Villa post and the latter whipping wide from distance.

Finally, after 73-minutes spent knocking, Palace broke through Villa’s defensive seal and it was Ayew - against his former club and the standout performer on the pitch - who earned the opener. Laid-off by fellow Ghanaian international Schlupp, Ayew ran to the byline, burst through Tyrone Mings and Grealish with poise and rifled Selhurst Park into its first vociferous celebration of the season.

Palace's celebrations were nearly curtailed in devastating fashion when their net bulged from Henri Lansbury's effort with seconds remaining, but Grealish's hitting the turf was adjudged to have been simulation and the last-minute equaliser was ruled-out to Selhurst's elation.

As the rain hammered down in SE25, Palace held on to see-out a physical final 10 minutes and earned their victory with conviction - and immense relief - over a largely suffocated Aston Villa.

For full post-match reaction and free highlights later tonight, head over to Palace TV either by clicking here or 'Palace TV' in the app!