A remarkable Jordan Ayew strike secured Crystal Palace a trademark victory over Watford today as the Eagles ran out 1-0 victors for the third consecutive game.

Palace and Watford met as two sides in good form today, with the Hornets buoyed by their remarkable victory over Liverpool last Saturday. Perhaps the cautious protection of momentum explains why the game began at such a steady, testing pace. 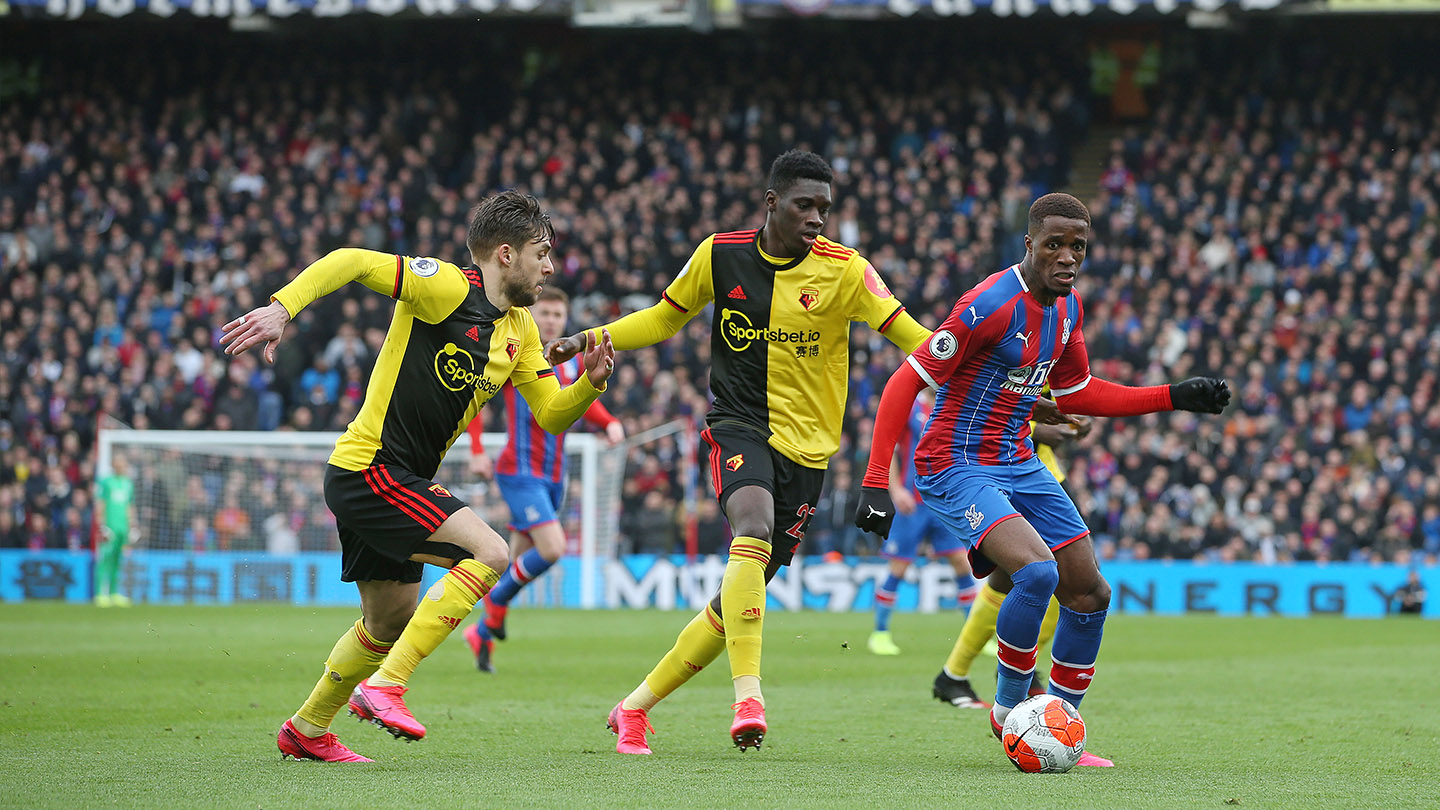 The visitors could boast of the best chances, though they were unable to carve out anything particularly clear as the Eagles defended a series of assaults rather reactively. Vicente Guaita was only forced into action once, however, denying Abdoulaye Doucoure at his near post.

The lion’s share of half-chances may have fallen Watford’s way, but it was Palace who took advantage of the slightest window to fire themselves into the lead.

Some fine play from Christian Benteke allowed Jordan Ayew to collect the ball on the edge of the box and, with yellow-clad legs swiftly closing out his space to shoot, the Ghanaian striker blazed the ball through the tightest of gaps and deep into Ben Foster’s net. 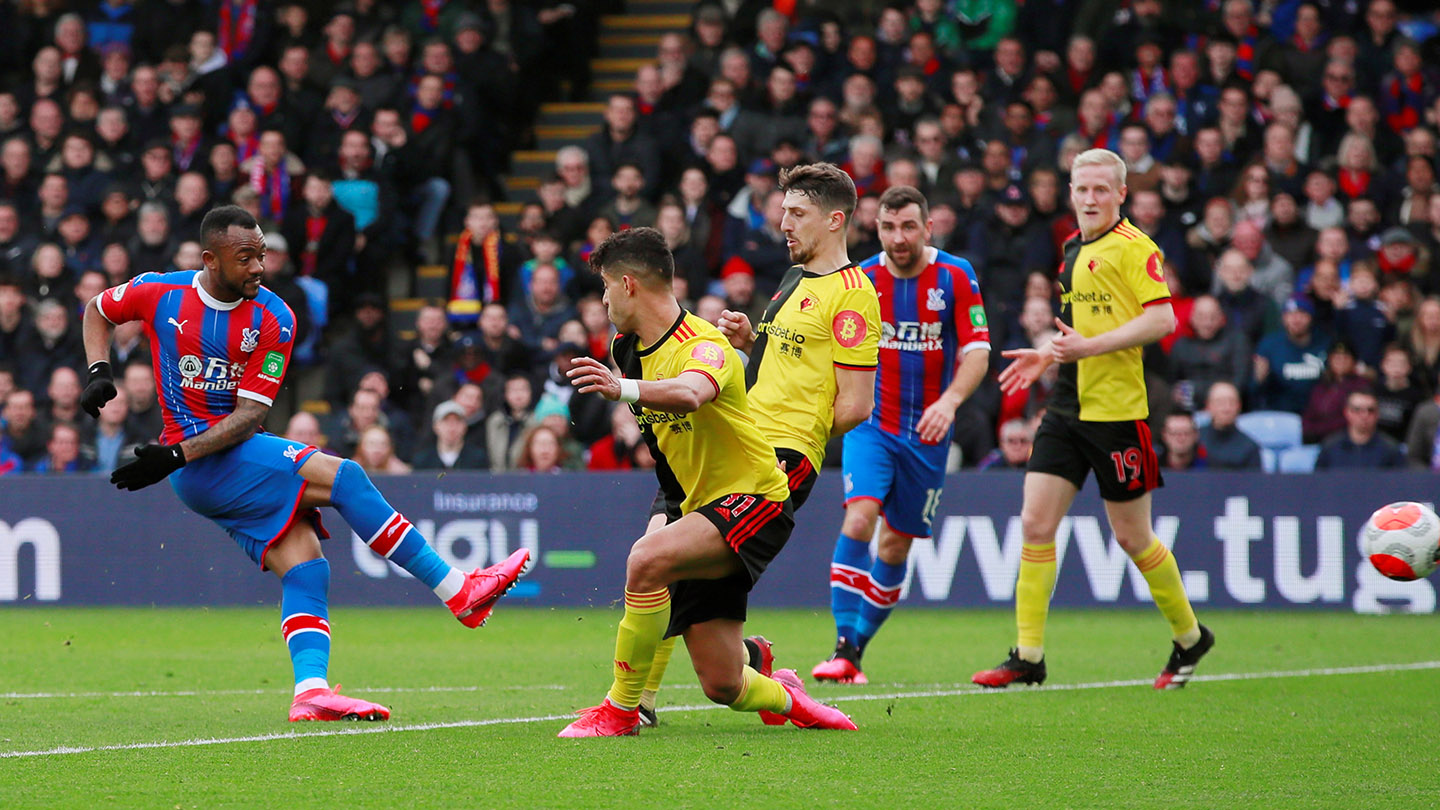 The majesty of Ayew’s strike starkly contrasted the rest of the clash's first 45 minutes, with little else of note occurring following the frontman’s wonderstrike.

The second-half kicked-off brighter for the neutral, with referee Anthony Taylor called into action - brandishing two yellow cards after Etienne Capoue appeared to move his heads towards Wilfried Zaha. Capoue’s reaction followed the south London talisman winning a free-kick on the wing, but the Eagles couldn’t capitalise on the early chance as Ayew headed over Patrick van Aanholt’s inswinging dead ball.

Palace’s next chance was far better placed, but Zaha couldn’t beat Foster’s legs with a side-footed effort after wriggling his way to a shooting position. 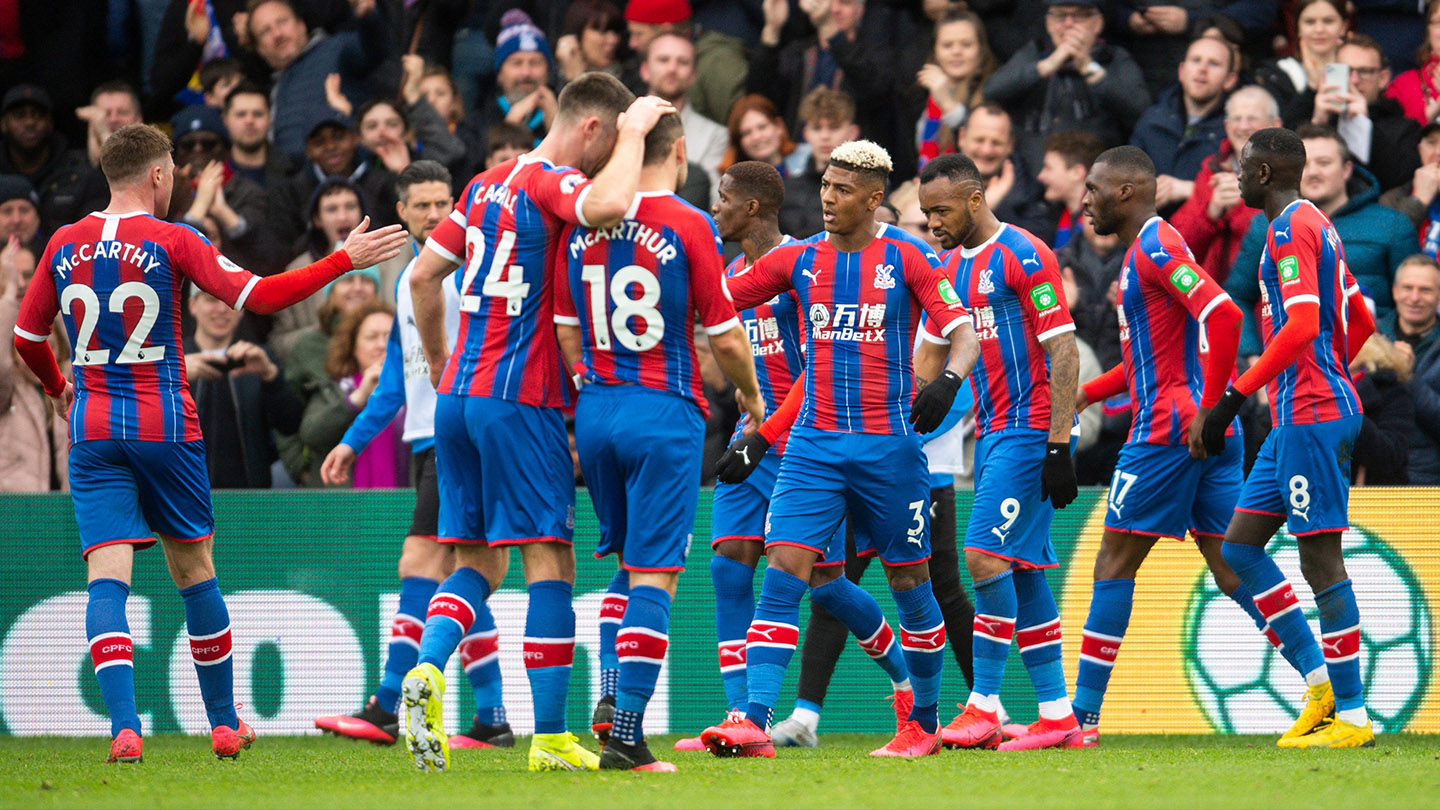 Watford reacted and enjoyed a brief spell on the offensive - epitomised as Guaita flew through the air to tip over a flying Troy Deeney shot.

But the Eagles did what they do so well and soaked up the visiting pressure with composed, well organised defending.

Their solidity paid dividends shortly afterwards as the game levelled back out, and fans were lifting hands to heads when Benteke leapt to characteristically bicycle kick a Van Aanholt cross into the side netting. 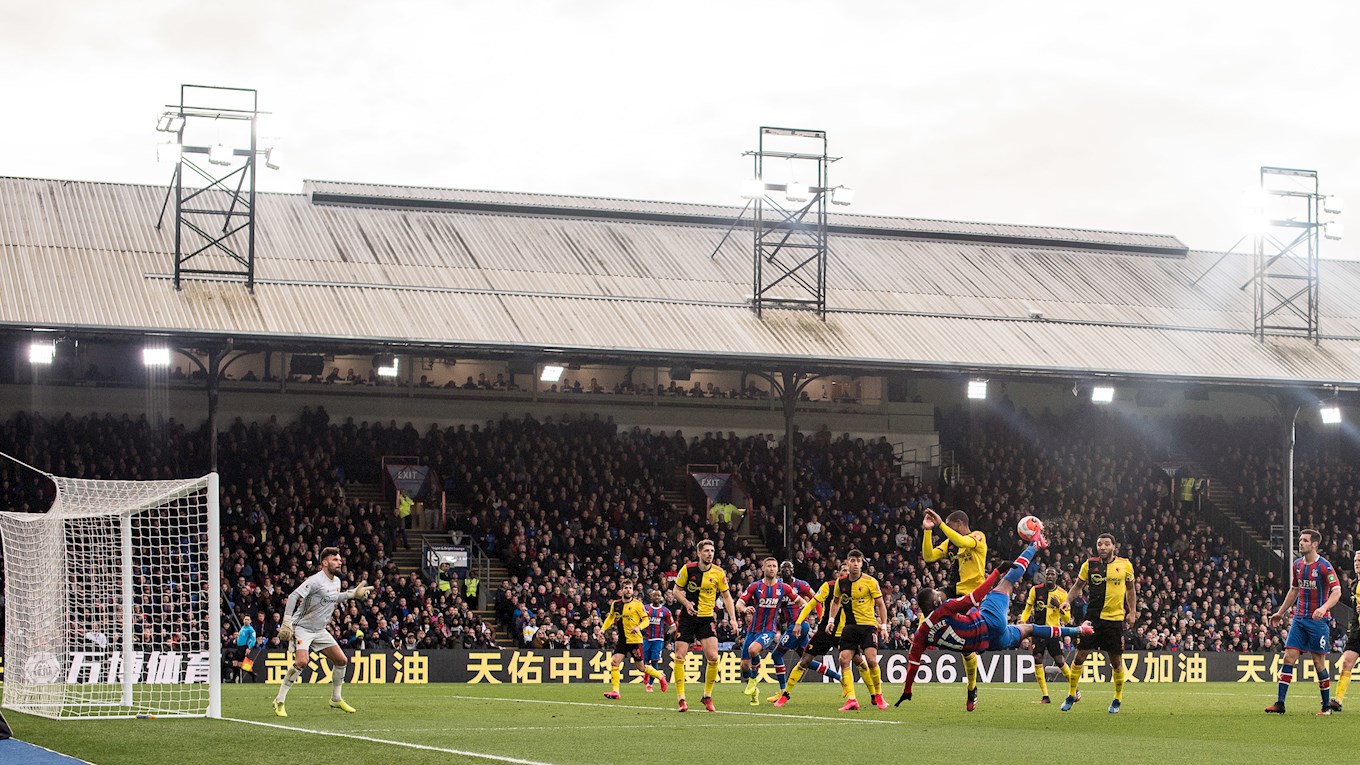 Chances fell at both ends of the pitch, but neither ‘keeper needed to dirty their gloves. In defence, Palace remained calm and collected but looked keen to add a second when pushing forwards. Ayew came close to netting a brace when he battled one-v-one with Foster, however the shot stopper disrupted his adversary and the ball ran out for a corner.

By full-time, however, a second goal wasn't necessary as Palace held on to their one-goal advantage for the third time in as many games to secure a victory won emphatically by Jordan Ayew, the man of the moment.

Stay tuned for full highlights, post-match reaction and both managers' press conferences on Palace TV. Either click here or 'Palace TV' within the app!