Crystal Palace fell to an on-song Chelsea side at Selhurst Park on Saturday, with the visiting Blues starting and finishing on the front foot despite Christian Benteke's 63rd-minute goal.

After frustration against West Brom but success in their recent Porto game, Chelsea began their time at Selhurst Park looking energised and with a sense of urgency. Throughout the first five minutes, Palace were able to absorb the visitor’s consistent pressure as the Blues passed in numbers close to the Holmesdale end.

Their approach paid dividends shortly after kicking-off, however. In a pair of smart moves, Chelsea took a two-goal lead when Kai Havertz first struck home coolly from the right side of the box; ending a move of slick wide passing with a considered finish.

Minutes later, Christian Pulisic opted for a different approach on the end of a similar build-up: slamming hard into the net under pressure while running into the box. 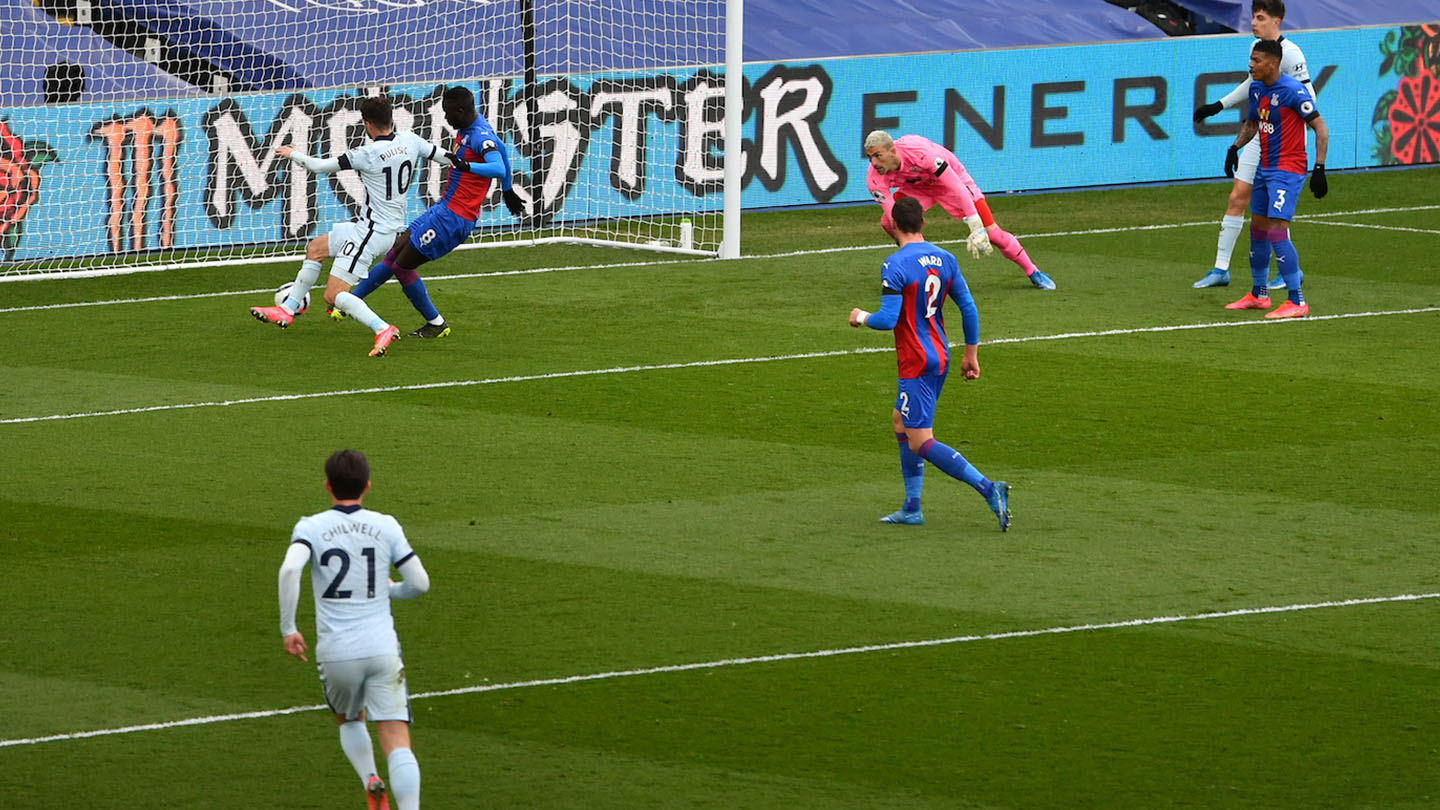 The game settled down to its earlier style for the next 10 minutes and Vicente Guaita remained sharp in the face of further attacks, remarkably denying Havertz on the volley from just five yards.

Guaita’s actions may have been eye-catching, but Palace couldn’t keep out a third Chelsea goal on the half-hour mark. Taking a free-kick from the left touchline, Mason Mount sent the ball deep into the home box where Kurt Zouma rose to head home from close range.

The Eagles undoubtedly suffered against Chelsea’s driven, fast-passing play but showed flashes of promise going forward; Patrick van Aanholt and Eberechi Eze first testing the Blues along the left-wing and, later, their teammates enjoying a prolonged spell in the visitors' half. 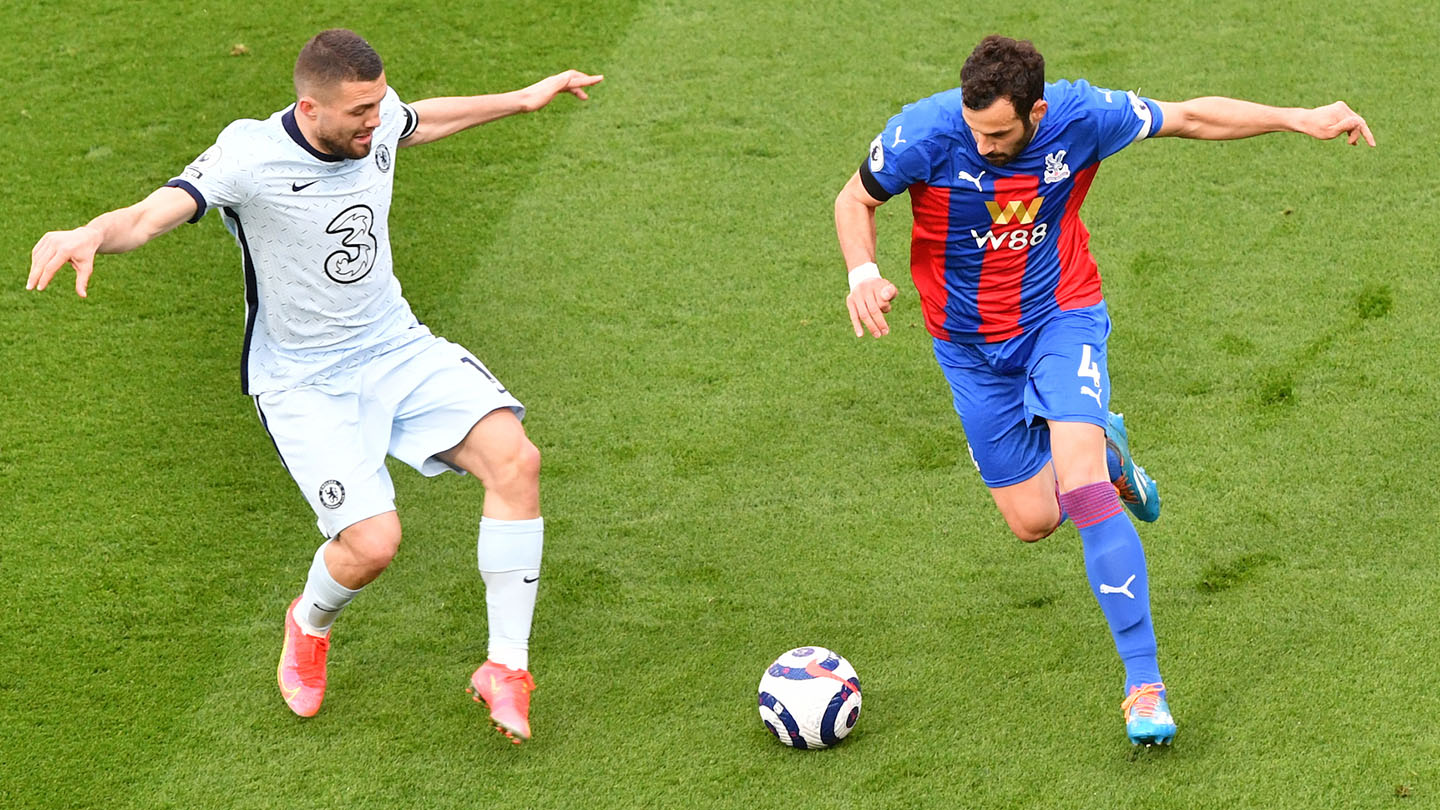 The south Londoners' strongest moments came in a short period at the back, however, with Guaita denying Mount at the near post, Gary Cahill charging an effort wide with strength and Van Aanholt blocking Zouma on the line in a flurry of well-handled chances.

The second-half began quietly, with Chelsea seemingly content to protect their lead and Palace’s task of breaking down one of the league’s most solid defences a daunting one.

In possession, the Eagles did sit relatively high up the pitch – marking their intentions, but struggling to enact them with the required effect. Roy Hodgson sought to change that with a double substitution after an hour, bringing James McCarthy and Jeffrey Schlupp on for Jairo Riedewald and Eze. 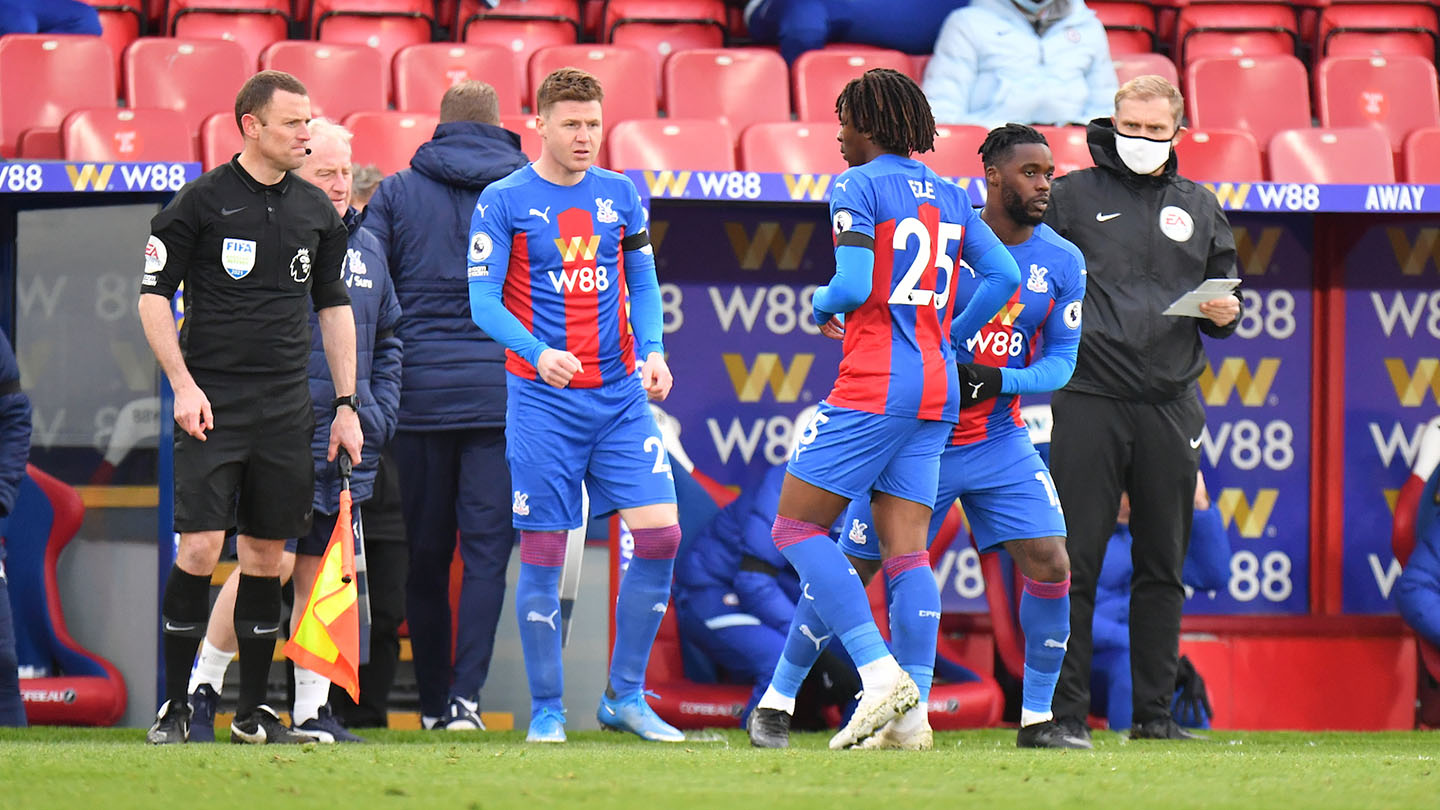 The change had an impact within minutes as Schlupp drove along the left-wing and put a cutely-placed cross onto Benteke’s head. Rising for his sixth goal of the season, the Belgian powered home from close range to offer his side a shot at fighting back.

The goal was a deserved reward for Palace’s improvement in the second-half, vindicating Hodgson’s change and the Eagles’ higher-pressing approach. Defence remained as important as attack despite the hosts’ goal though and Guaita made another strong stop to deny Havertz his second before Cahill also frustrated the frontman on the line.

Unfortunately, any hopes of fighting back were dashed in the 78th-minute when substitute Reece James played an inviting ball to the back post for Pulisic to bag his second; consigning Palace to defeat after a determined visiting performance.