Crystal Palace Women put in a solid performance against league rivals London Bees to emerge 3-0 winners at a sunny Hayes Lane in the Fourth Round of the Women’s FA Cup on Sunday afternoon.

The two teams last met in mid-February in a Women’s Championship game, the Eagles running away 5-0 winners.

The hosts took the lead in the fourth minute with their first real chance of the game. Palace left-back Lizzie Waldie played an excellent through-ball over the top of the Bees defence for Siobhan Wilson to latch on to and slot home inside the box.

The visitors almost hit back immediately, with their first real chance falling to striker Marianne Taho. Her chance was well saved by Palace ‘keeper Chloe Morgan and she was fouled in the resulting goalmouth scramble.

Palace doubled their lead 18 minutes in with an excellent 25-yard shot from Coral-Jade Haines sneaking in just under the crossbar, taking the Bees’ goalkeeper, Sarah Quantrill, by surprise.

The halfway point of the first-half saw the Eagles score their third, a smartly dinked finish from Cherelle Khassal inside the box after a defence-splitting pass from Waldie.

The Eagles looked relentless as they pushed for more in the first-half; winger Bianca Baptiste had her cross-cum-shot saved by Quantrill just before the half-time break. 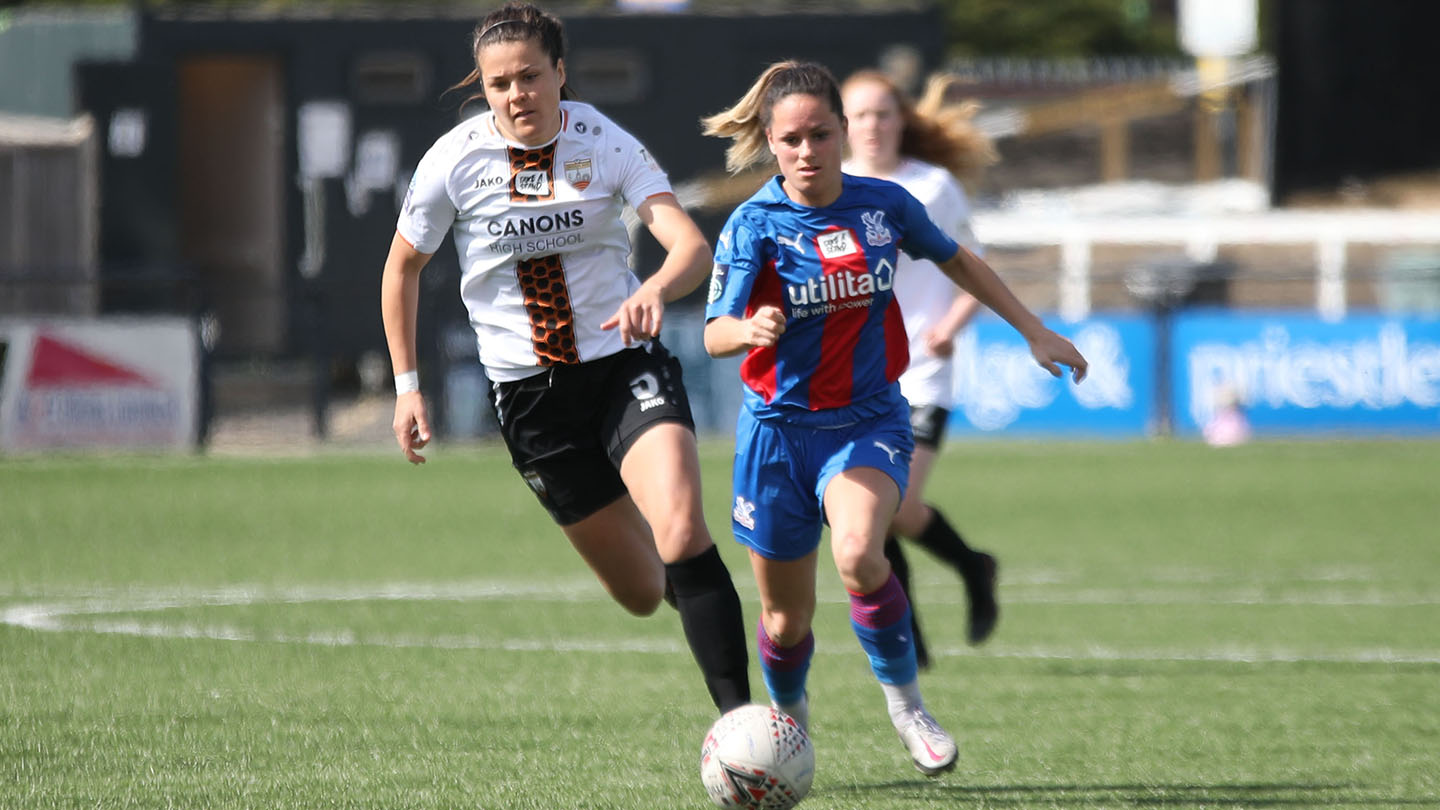 London Bees started the second half sharply, fashioning a chance for Sophie Quirk down the left, but her effort was well saved by Palace ‘keeper Morgan.

The visitors had most of their attempts quashed by a resolute Palace defence. Eagles captain Annabel Johnson put in a strong last-ditch challenge on the hour mark to stop Sophie Quirk breaking through.

A strong run through the middle of the park in the 70th-minute from Haines resulted in her trying her luck from 25-yards out again, although this time her effort was tipped onto the crossbar by the Bees goalkeeper Quantrill.

The second-half played out with few big chances falling to either team, a free-kick on the edge of the Palace box from Bonnie Horwood sailed just past the bar in the 83rd-minute.

A flick-on from Ashleigh Goodard, after a well worked Palace corner in the 94th-minute was well held by Quantrill.

This solid victory and clean sheet sees Palace Women move onto the Fifth Round of the Women’s FA Cup, in which they will face Arsenal on May 16th.