In the tightest meeting of their pre-season schedule and against the toughest opponent yet, Crystal Palace overcame a well organised Millwall side to record their third straight victory of the summer and second triumph over local adversaries.

Their hosts for the afternoon also adopted an attack-minded attitude to the south London clash, with Millwall initially playing directly and efficiently when in possession. Yet, in spite of the two teams’ proactive approach on the ball, neither ‘keeper was seriously troubled within the opening 10 minutes. 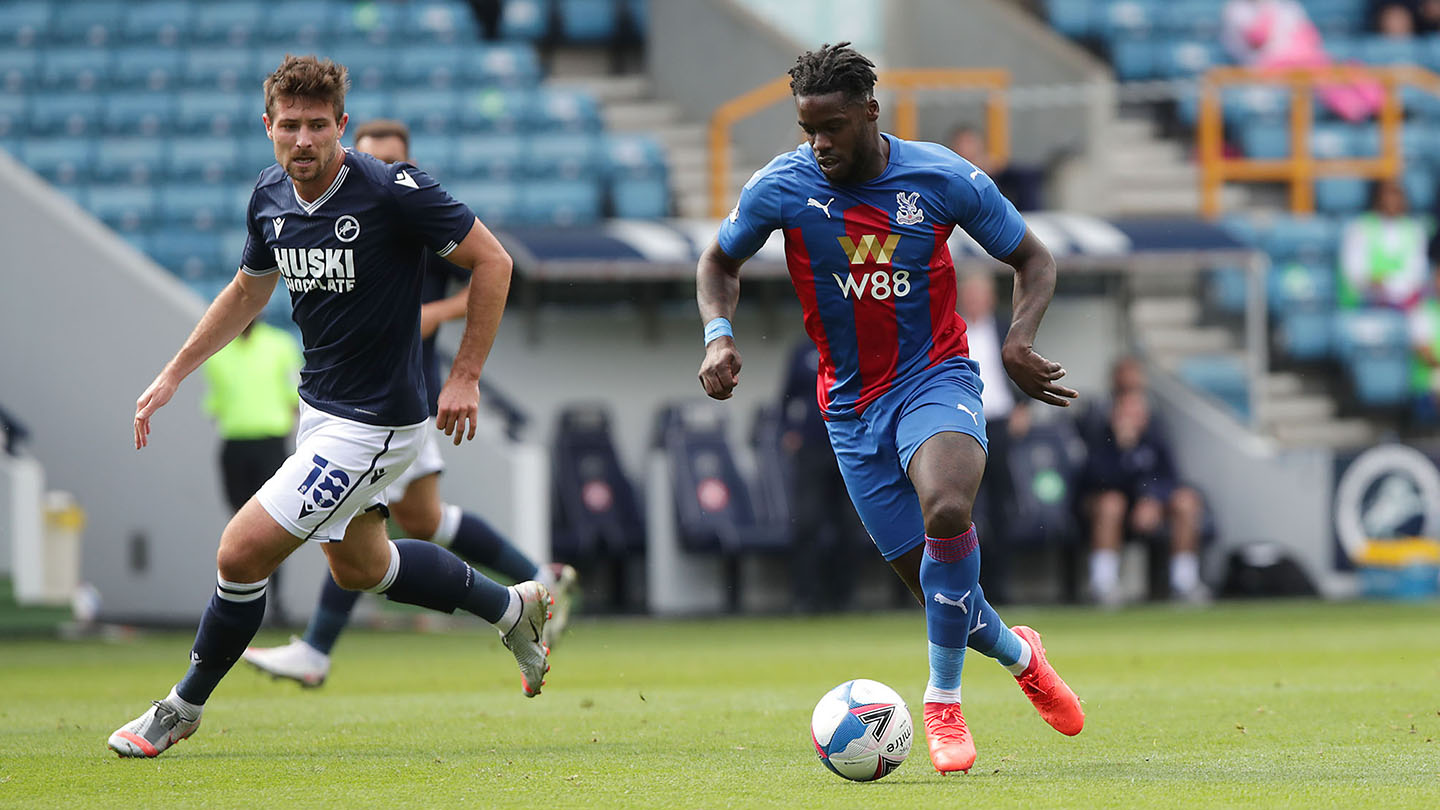 That changed when Jeffrey Schlupp looked up alertly at the Millwall goal, unleashing an eye catching shot from 25 yards which ran just wide of the post. Joel Ward released a smart, teasing cross into the Lions’ box, but no one in red and blue pushed far enough forward to capitalise on it, and Millwall defended well in numbers against other attacks.

The home team sought to switch play, spreading passes across the pitch when given the chance while Palace looked to congest their shape defensively and punish any roams forward by leaving men around the halfway line.

Perhaps the clearest chance of the first exchanges then arose when this exact plan came to fruition, Wilfried Zaha feeding Schlupp into the box and the Ghanaian chipping a smart cross towards the penalty area. Frustratingly, Shaun Hutchinson headed to momentary safety, only for Ryan Leonard to foul Jordan Ayew on the edge of the box. 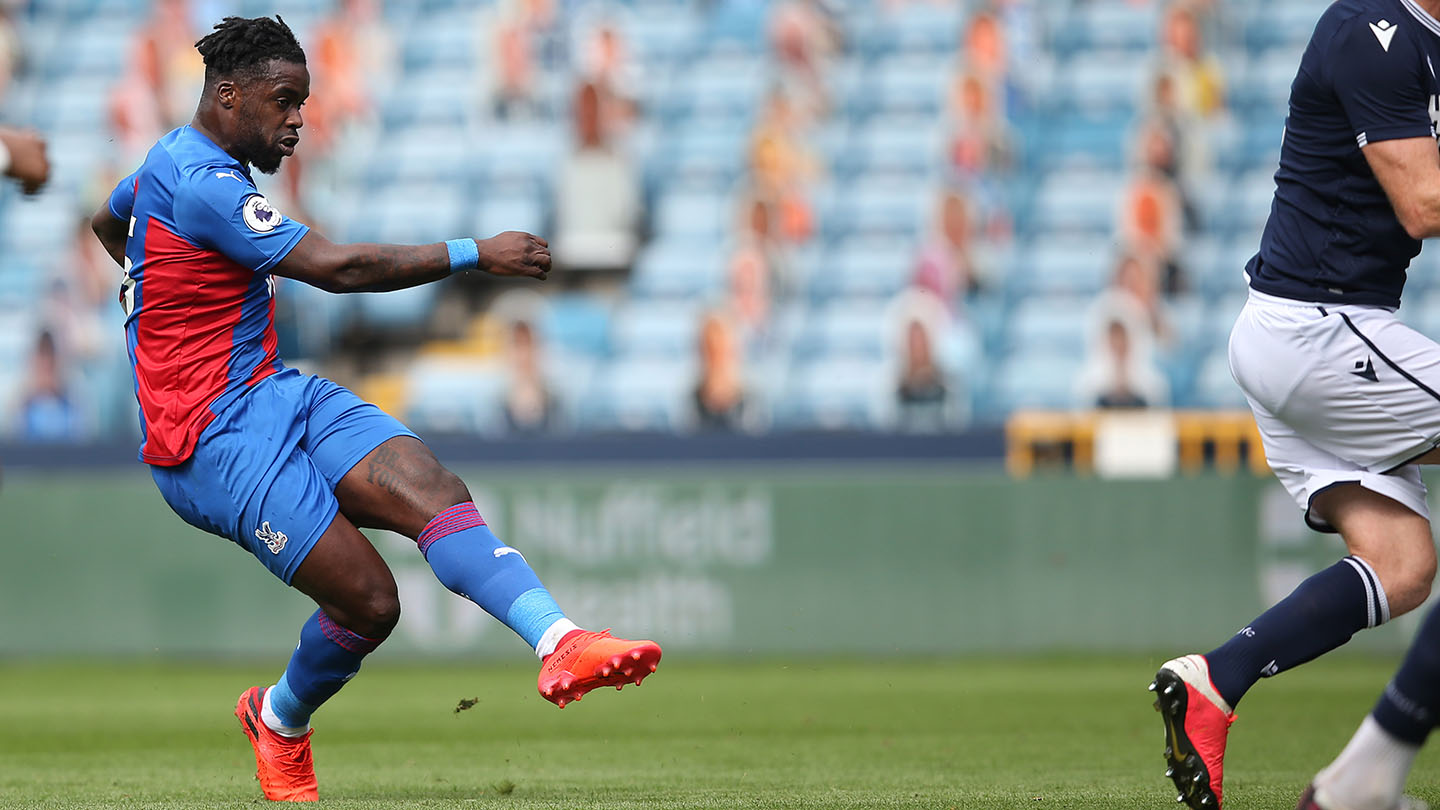 Ayew struck the resulting free-kick hard into the wall from barely 20 yards, and Zaha could only fire over having regained possession. These chances were worked hard and left Bartosz Bialkowski’s gloves clean, but Palace were knocking on their hosts’ door.

This knock grew with intensity when Zaha jinked his way into Millwall’s box, masterfully overcoming his marker and forcing the ball towards Max Meyer in the box. The German midfielder strode forward to ensure his teammate’s efforts weren’t wasted, and duly struck home from close range to hand Palace the lead.

Energised by finally breaking the Lions’ backline, the Eagles almost doubled their advantage half a minute later, but Schlupp’s goal-bound prod was deflected wide for a corner.

Having been let in, the Eagles stopped knocking, allowing Millwall the time to push forwards but with little impact. 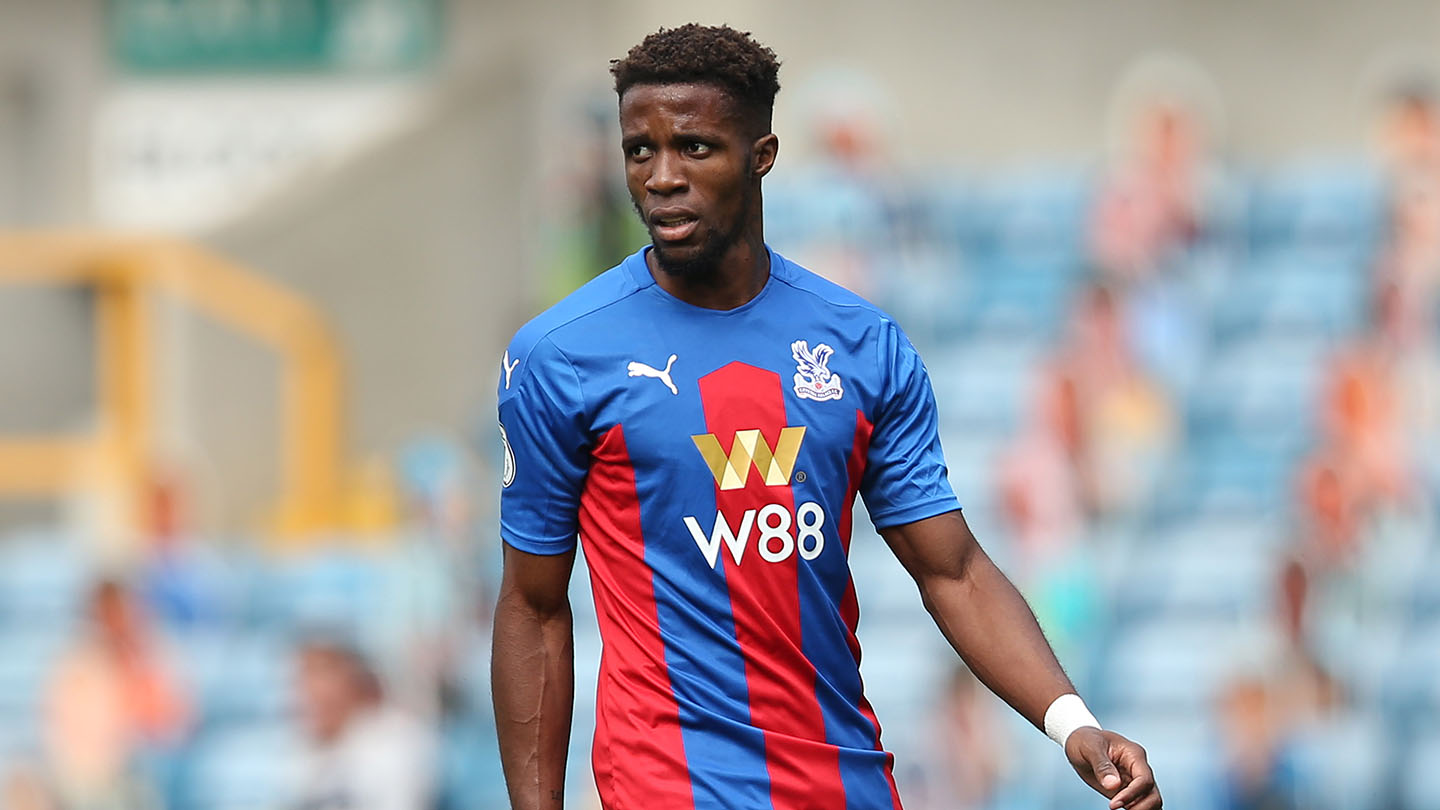 Shortly after re-emerging for the second-half, Bialkowski made a save that epitomised Palace’s frustrating attacks - adeptly catching a Schlupp shot after finely worked build-up play.

The hosts continued to nullify Palace attacks, with Hutchinson knocking a seemingly nailed-on Ayew effort over the bar from yards away and then forcing Zaha to shoot wide from the right-wing.

At the other end of the pitch, Vicente Guaita was finally forced into serious action when Millwall’s recent loanee Scott Malone volleyed in his direction, but the Spaniard was comfortably equal to the effort. 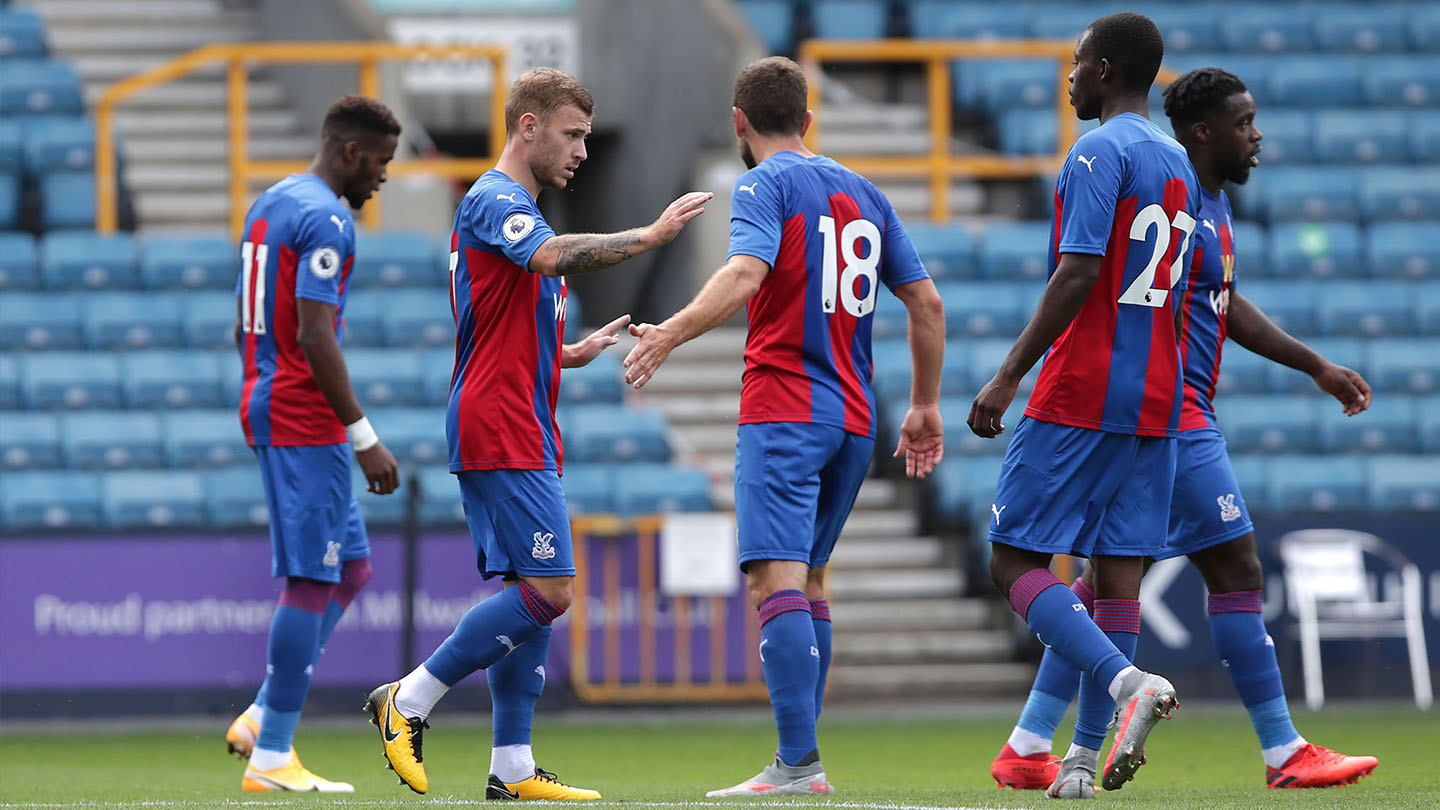 This defensive competence and offensive rebirth spelt a passage of dominance for the home side, with Millwall testing the Palace backline around the 70-minute mark as the Eagles had for much of the game.

As in the last two clashes, each side then made a raft of changes and shifted the game’s dynamic - a move which often ‘kills’ the match, as Roy Hodgson put it last week.

But this meeting remained very much alive, with Millwall retaining their momentum and the Eagles rediscovering their offensive energy. 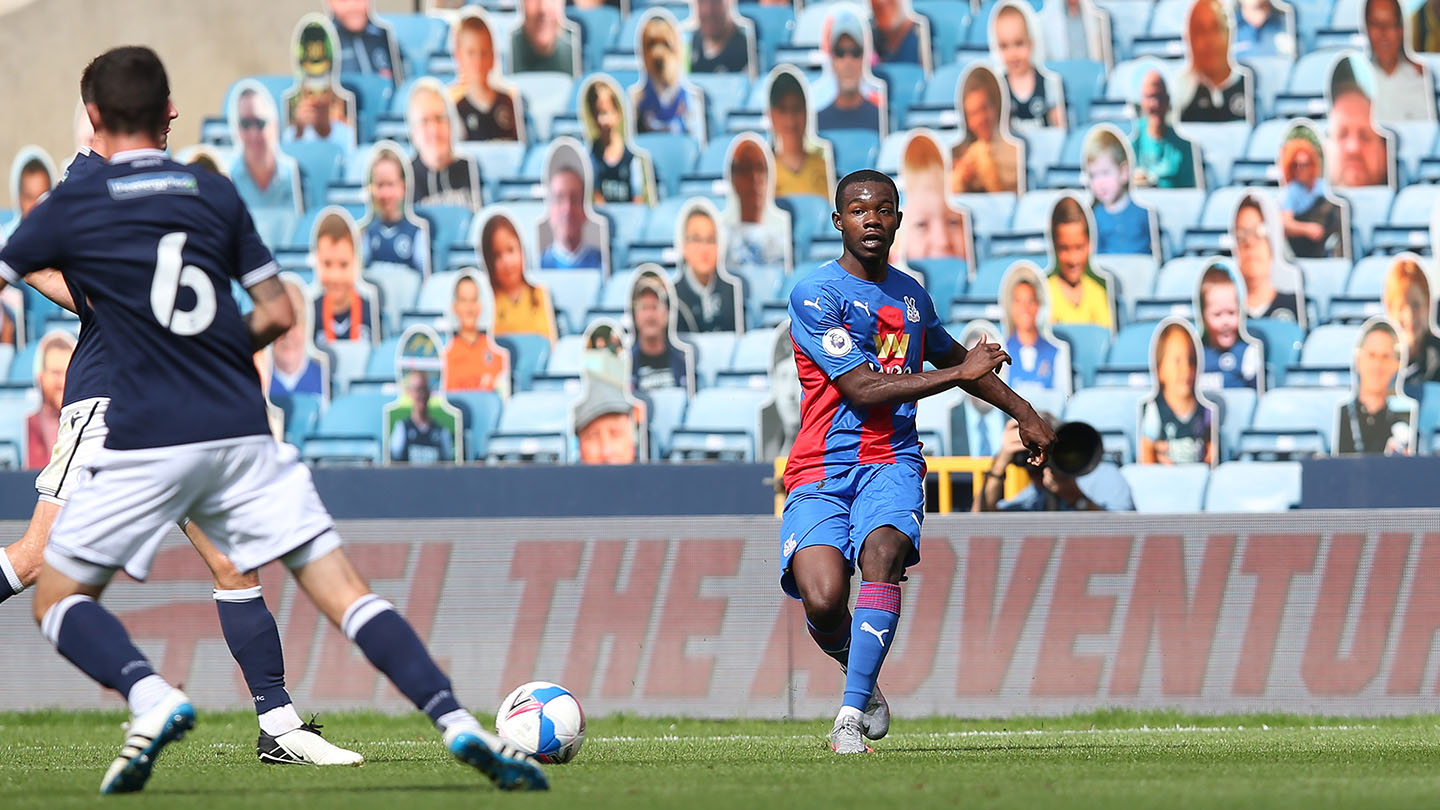 The youthful Palace side, pitted against far more experienced opponents, were tasked with holding on to the team's slender lead, something they managed adeptly.

After such a host of changes and as pre-season begins to near its end, each side sustained their efforts until the final whistle, and prospects Nya Kirby and Brandon Pierrick both showed confidence to shoot from range. At the other end, Tom Bradshaw flicked a cute effort at goal from yards out, but his quick-thinking effort skewed narrowly wide.

By full-time, a single goal was enough to split the closely based south London clubs.

Full highlights and post-match reaction from this clash will be available to watch for free via Palace TV. Head over to Palace TV by clicking here or 'Palace TV' within the app!

READ NEXT: Neil Emblen opens up on pain at frustrating £2m dream move