Crystal Palace fell to an attacking Southampton side under the Selhurst lights this evening, conceding two impressive goals from the boots of Nathan Redmond and Stuart Armstrong respectively.

As in December, when Palace and Southampton faced off under the lights of St Mary’s, the Eagles began tonight’s game filling their own half; soaking up the Saints’ early pressure as Ralph Hasenhüttl’s in-form side sought to make a swift impact.

The south Londoners’ often-seen approach almost paid dividends as the game ticked towards its 20th minute when Jordan Ayew collected a volatile ball, brought it under control majestically, and fed Wilfried Zaha.

Zaha was unfortunate to lose a crossfield pass to Jannik Vestergaard’s interception, however Ayew was fast to react, regaining possession and feeding Cenk Tosun, who, perhaps with too much time on the edge of the box, struck high of the goal from 20 yards. 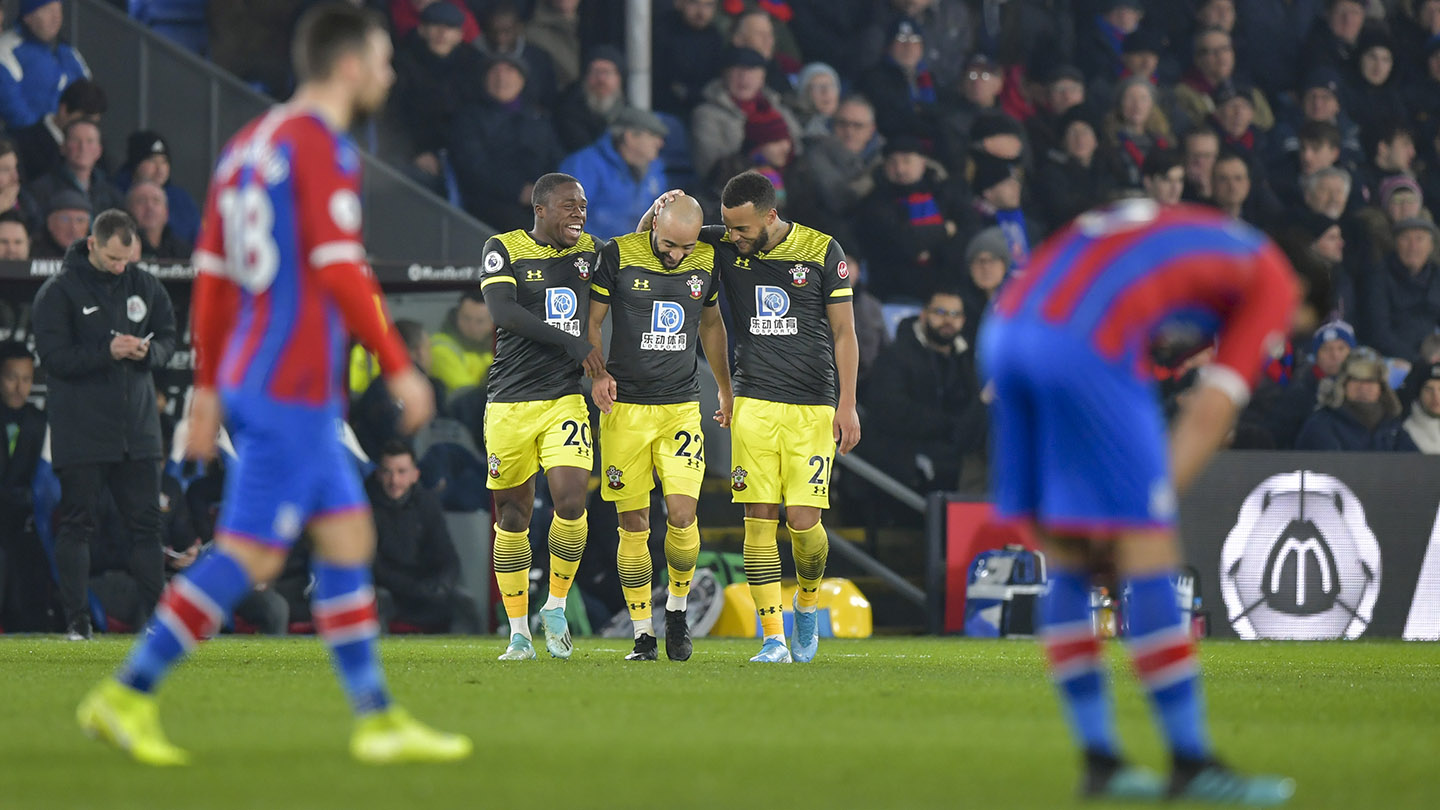 A while later in a similar position - though under more pressure from the opposing defence - Redmond kept his shot from 20 yards down with a well-drilled effort which flew into Vicente Guaita’s net.

Having fallen behind to Redmond’s piledriving effort, Palace found their feet and began to test the Southampton backline with greater sincerity. In the 40th minute, the hosts enjoyed a chance which partially mirrored their first as Ayew collected possession in midfield, masterfully laid-off Zaha and the Ivorian played the ball across the pitch.

Zaha’s teasing cross was well blocked by Vestergaard before Tosun could get his foot to it and, minutes later, Zaha found himself blasting across the box only for no one in red and blue to meet his venomous pass. 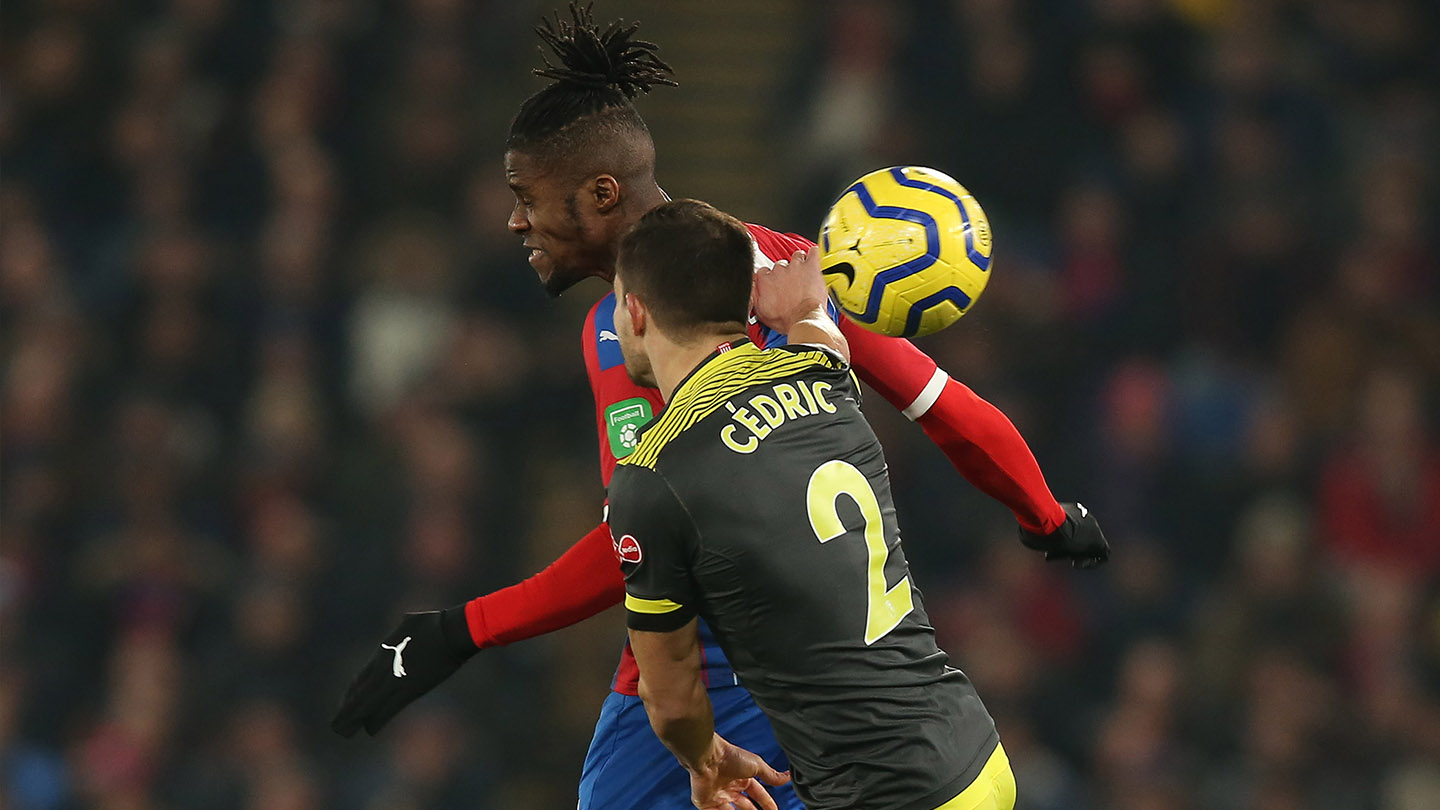 At the other end of the pitch, Southampton broke rapidly and were denied only by a lack of space as Shane Long ran the ball out of play under pressure when through one-on-one with Guaita.

After the break, Palace appeared a buoyed side, launching themselves at Southampton’s goal and teeing-up Tosun to head narrowly wide within 30 seconds.

But for all of Palace’s apparent improvement, Southampton were the team to score next. Outdoing his teammate’s eye-catcher in the first-half, Armstrong unleashed the ball high into Palace’s net from 25 yards, doubling the visitors’ lead remarkably. 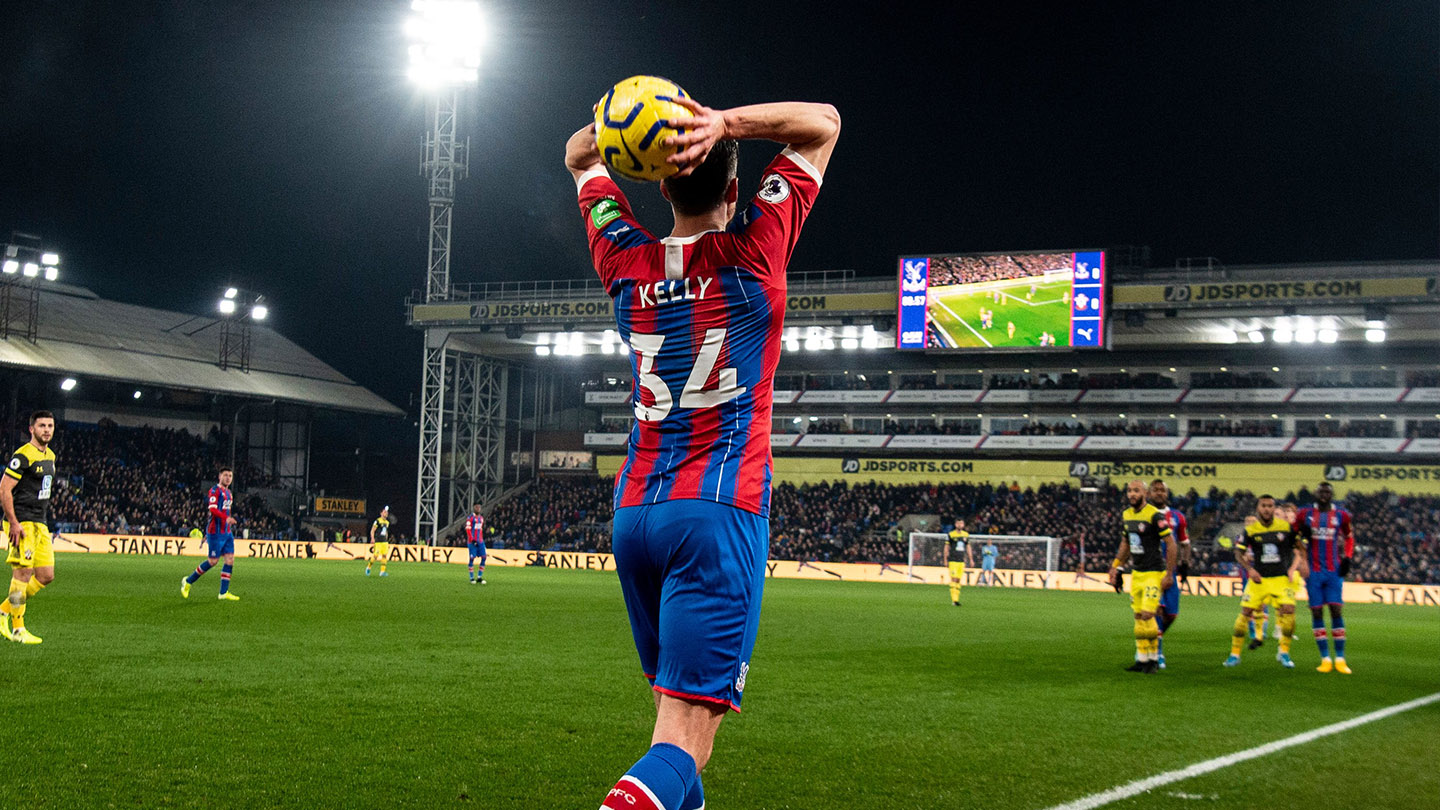 Despite going another goal behind, the Eagles had certainly improved, however, and Roy Hodgson’s men almost pulled one back as Jairo Riedewald cutely backheeled the ball to Ayew, who was adeptly blocked at close-range by Ryan Bertrand.

Changing his hand as the game rolled into its last half an hour, Hodgson enacted a double substitution - bringing on Max Meyer and Joel Ward in place of Cheikhou Kouyate and Martin Kelly. Ayew moved further into the centre of midfield, where he had been winning ball after ball, and Meyer roamed wide of the pitch. Ward, as expected, filled Kelly’s former role in a near like-for-like switch.

The Eagles were dealt a fine opportunity to bring the game to 2-1 when Connor Wickham collected the ball under his feet close to goal but, under the guard of James Ward-Prowse, the forward lost possession to goalkeeper Alex McCarthy. 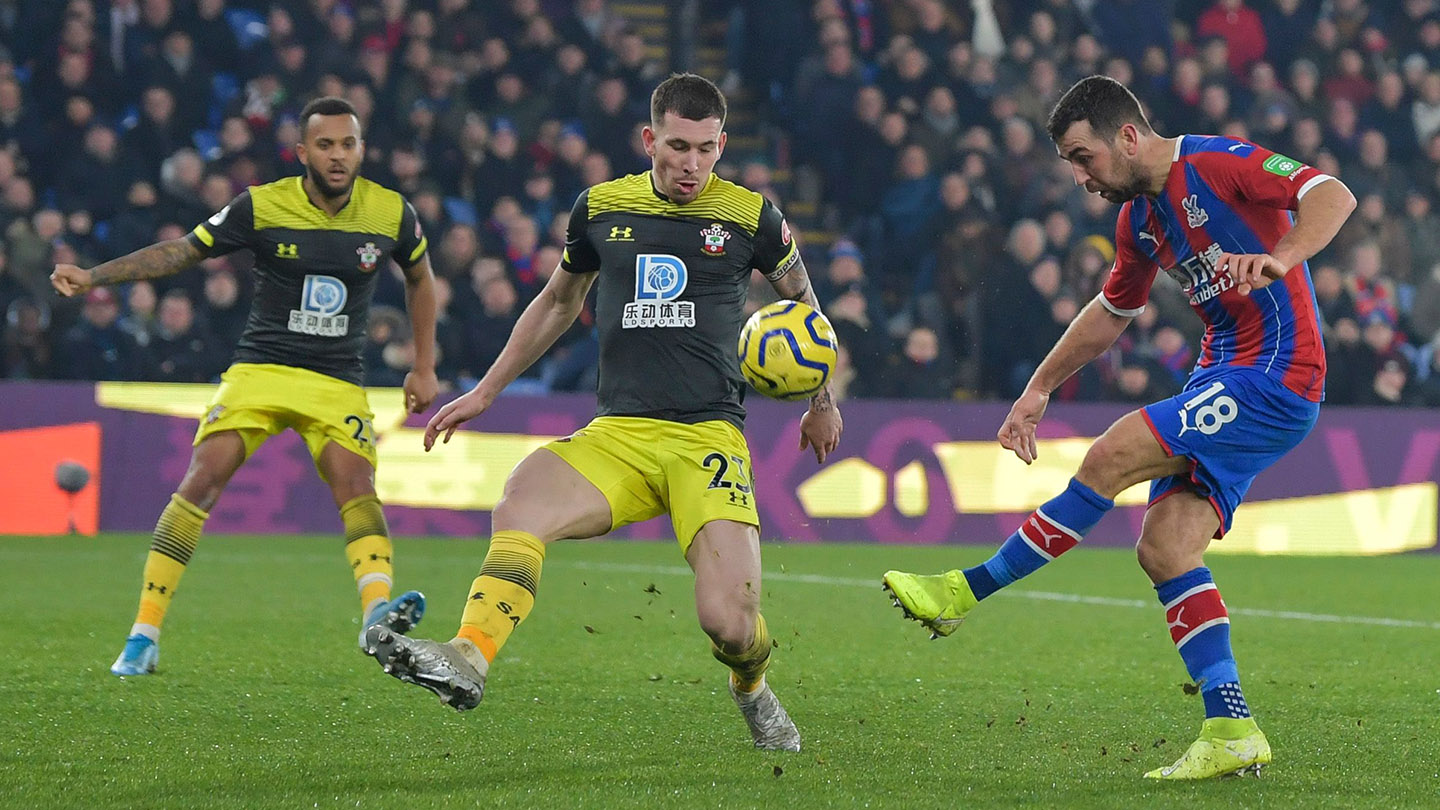 Wickham drove himself into another fine attacking position minutes later, however his powerful effort flew wide of the face of goal.

Frustratingly, Wickham's half-chances and Palace's firmer grip on the game weren't enough by the full-time whistle and the Eagles had to contend with their first league defeat in seven matches.

For post-match reaction and highlights of this evening's game, head over to Palace TV by clicking here or 'Palace TV' in the app.