Crystal Palace Women fought back against a first-half goal from Charlton Athletic to record a point in a deadlocked game the Eagles seemed likely to clinch by full-time.

Palace enjoyed a host of chances on the frosty south London turf, but it was Charlton who took the lead through Charley Clifford minutes before the half-time whistle.

Deservedly, just after the hour mark, the Eagles pulled themselves level through Cherelle Khassal, who headed home from close range to earn the home side a point.

But the game seemed in headed Palace's favour early on, with Dean Davenport's charges unnerving Charlton within five minutes of kick-off.

The Addicks, who are now unbeaten in six consecutive matches, were sent a warning call as Bianca Baptiste fizzed a shot inches over the bar in the fifth minute. Charlton had a fair share of noteworthy chances in the clash's opening exchanges, though, with Siobhan Wilson and Alice Griffiths both firing just wide of the target.

Lucy Gillett was then forced into action between the sticks to tip Charlie Escourt's effort around the post before falling onto Charlie Devlin's shot less than a minute later. 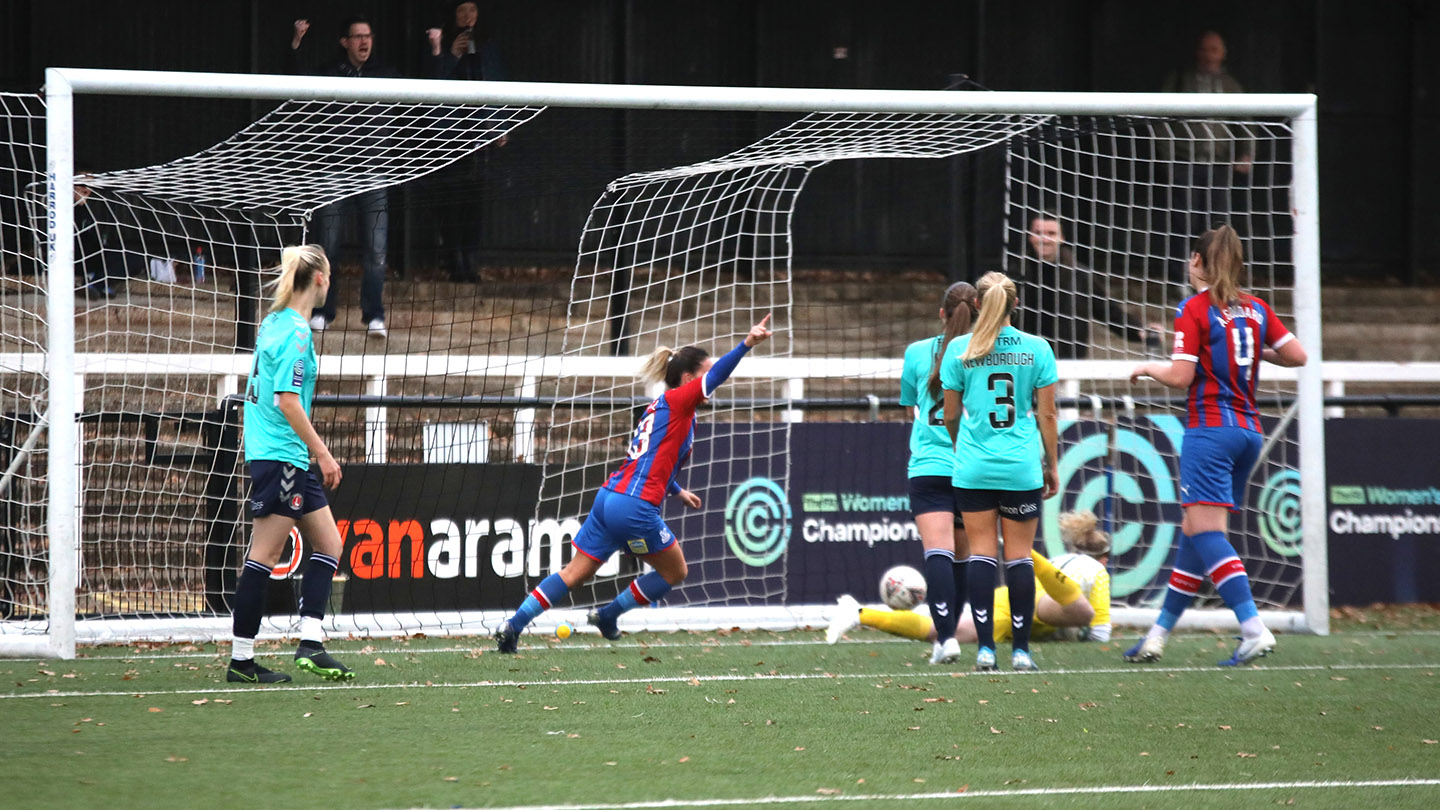 The visitors eventually broke the deadlock a while after as Clifford collected possession with her back to goal, turned, and, with her inswinging foot, caught the ball to find the net.

Half-time came and went and the Eagles re-emerged determined to pull a goal back, which they ultimately managed as Annabel Johnson floated an excellent cross into the six-yard box for Khassal to nod home.

With minutes left on the clock after both sides continued to create chances throughout the game's remaining passage, Palace failed to claim victory after Magda Mosengo's shot was heroicly cleared on the line and Khassal had a chance blocked after a dramatic cluster sought to strike the ball.

By full-time, however, the south London rivals were still stuck at 1-1. It seemed like the fair result.

Today is your last chance to make the most of the huge savings across the Club Shop for the Black Friday weekend - don't miss out and check out our offers here!