It may have been a typical winter night in Newcastle as players shrugged off tightly wrapped jackets from even tighter base layers, but Newcastle began in hot form. 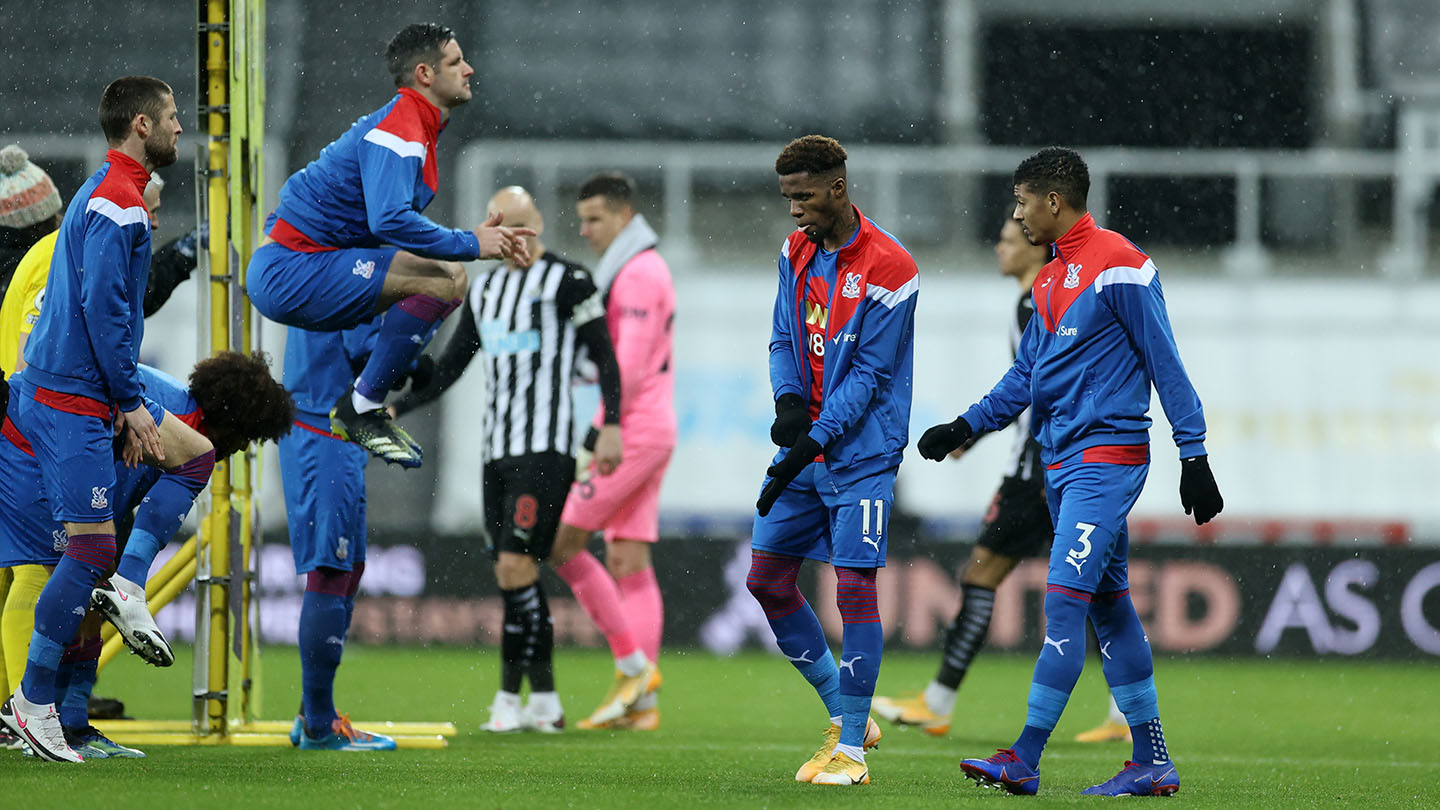 After just 70 seconds, the Magpies were causing trouble in Palace’s box, with Callum Wilson holding up the ball and feeding captain Jonjo Shelvey 18 yards out. Shelvey wasted no time in aiming at goal and rifled a first-time volley into the net.

Naturally, following such a rapid start, the game settled down to a more sustainable pace over the next 10 minutes – Jeff Hendrick forced a chance at one end and Jordan Ayew did so at the other, his diving header deflected to safety by Jamal Lewis.

If Ayew’s effort could have produced a headline-worthy goal, then Wilson looked to go one better with an instinctive, scorpion-like flick shortly after, his attempt also spinning behind. 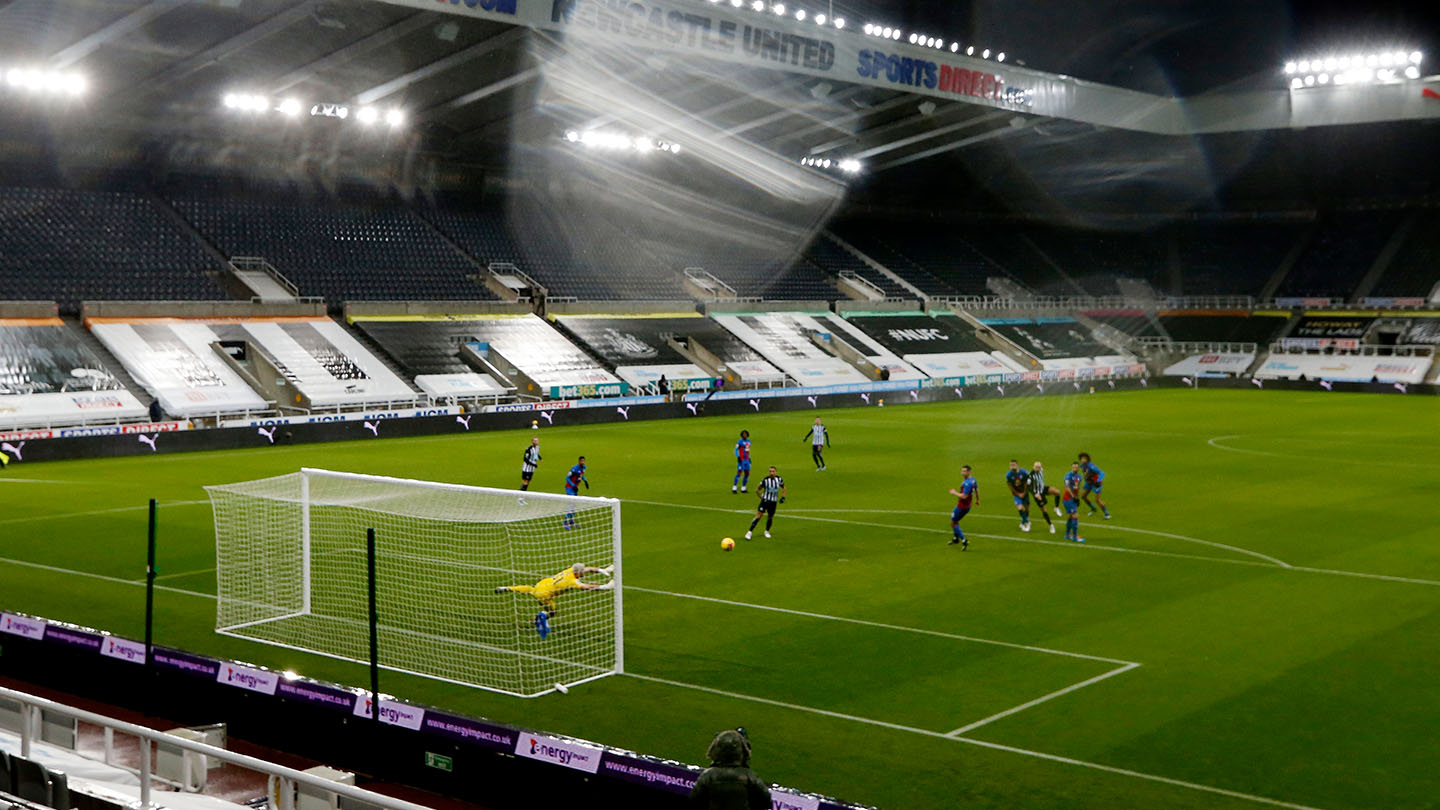 Jairo Riedewald had the game’s modus operandi nailed, however, when Patrick van Aanholt forced the ball to him on the edge of the box. Mimicking Shelvey in the urgency and strength of his resulting shot, Riedewald cannoned home the equaliser with a remarkable drive worthy of pulling the Eagles level.

Urgency remained the buzzword of the night and the game would stay even for just a further four minutes. This time, Hodgson’s second lineup change Gary Cahill carried the attacking banner as he strove towards Eberechi Eze’s testing free-kick.

His first goal in red and blue teed-up well, Cahill powered home his career’s 50th with similar power to Riedewald’s earlier effort. Two almost turned to three a break-neck three minutes later when Wilfried Zaha turned home, however the linesman’s flag denied the Ivorian as Michy Batshuayi was found offside in the build-up. 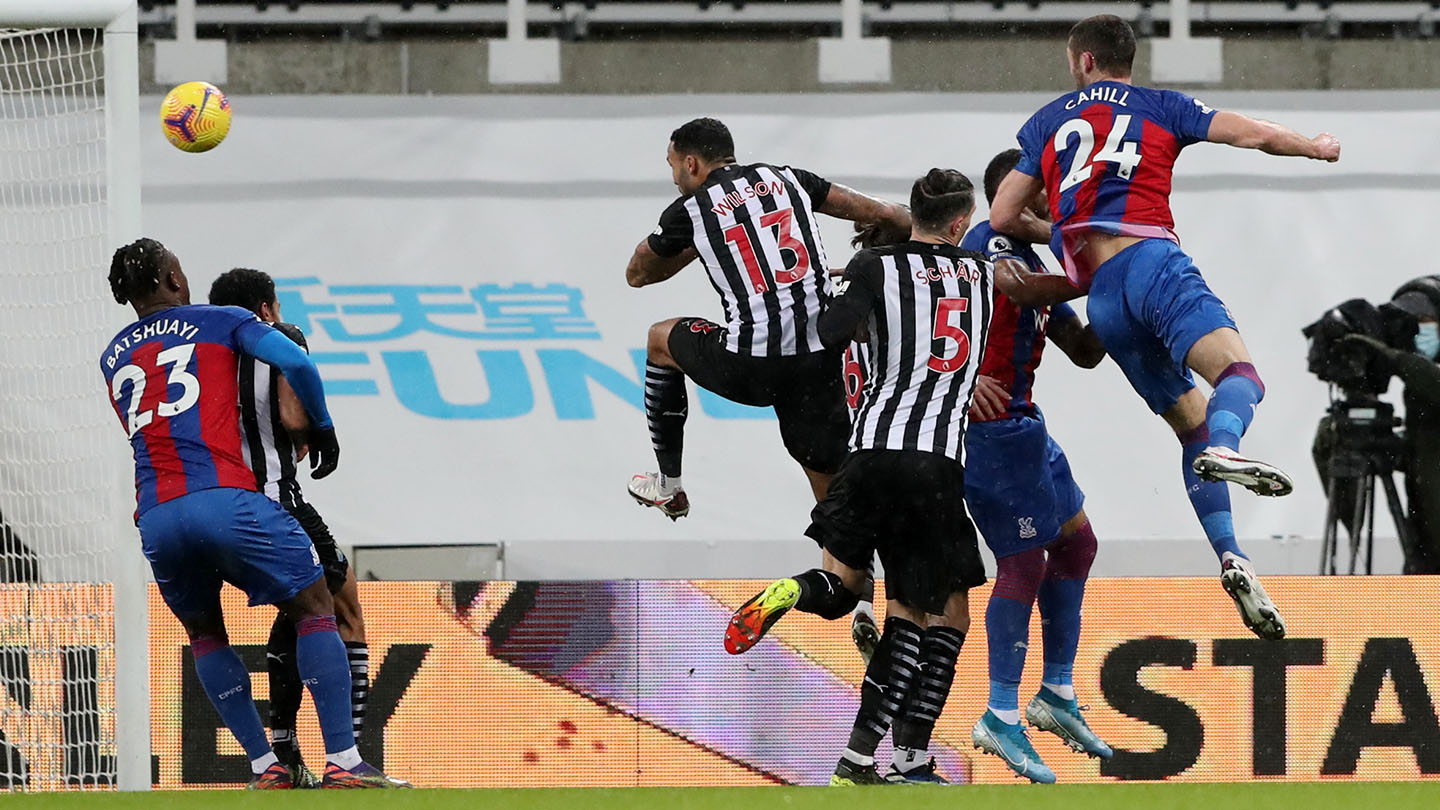 Palace may have felt proud of their attacking success as the game passed the half-hour mark, but Vicente Guaita provided a defensive highlight as he stood strong to deny Ryan Fraser one-on-one wide in his box.

The visiting south Londoners required more luck than skill the next time Newcastle sought to equalise, this time Luka Milivojevic deflecting Miguel Almiron’s free-kick to safety via the crossbar. But the half-time whistle sounded with Palace deservedly ahead; and holding on for the next 45 minutes became the objective. 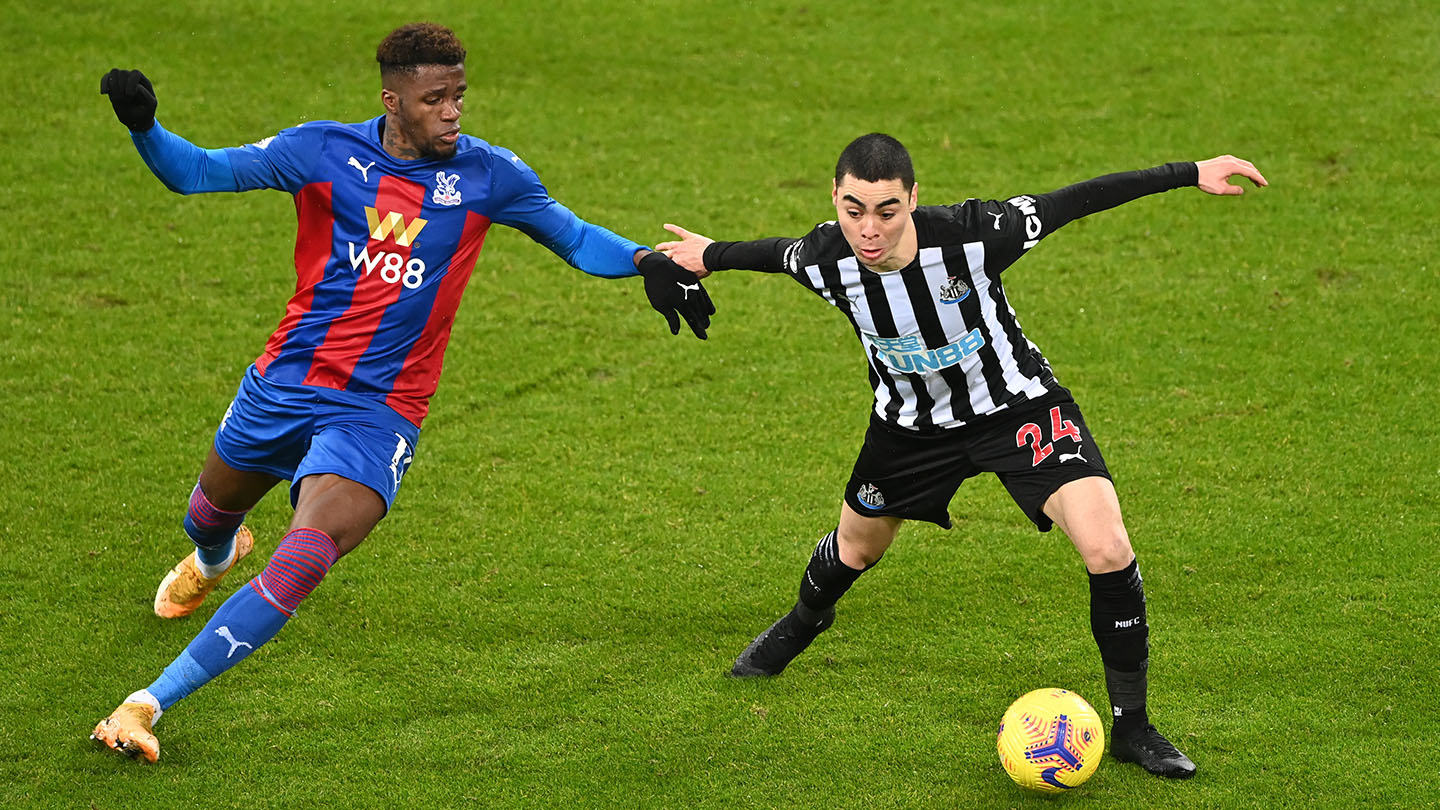 After Palace kick-started the second spell with Van Aanholt’s ultimately redundant effort – Batshuayi ruled-out for offside moments before – Newcastle enjoyed a lengthy period on the front foot, applying pressure on an experienced visiting defence without truly troubling them.

Their flow was broken as the game paused for Zaha to leave the pitch and Andros Townsend took to the turf against his former club.

The Magpies also shuffled their hand by bringing Allan Saint-Maximin to the fold and, following this pair of changes, the game became reduced to half-chances and possession changing hands in the middle of the park.

Palace appeared happy to weather the storm – both figuratively and literally – as Newcastle became top-heavy with Dwight Gayle replacing defender Javier Manquillo. Despite their hosts attack-minded approach, the south Londoners seemed comfortable at the back, with Guaita not forced into anything beyond routine stops.

It was exactly the second-half they required having fought for their lead in the first, even if Newcastle ramped-up their pressure for the final five minutes.

You can watch full highlights and post-match reaction of this clash for FREE via Palace TV - either click here or 'Palace TV' within the app!