Crystal Palace Under-18s sealed their second consecutive victory this afternoon, with goals from Cardo Siddik and Denzelle Olopade seeing them run out 2-1 winners over Ipswich Town.

After a goalless first-half, Siddik nodded the hosts into the lead soon after the interval before Olopade’s neat strike soon after. Lewis Reed pulled one back for the visitors late on but his effort was in vain.

The opening 45 minutes saw Palace create the better chances, but Ipswich posed an early threat when Matt Healey’s corner was headed into the path of Louie Fehrenbach at the back post, but Fehrenbach's looping header was cleared off the line by Siddik.

Palace then had their first sight of goal soon after when Brandon Aveiro surged forward from deep in midfield before unleashing a 25-yard effort, but he saw his shot palmed wide of the left-hand post by Jake Alley in the visitors’ goal.

The hosts continued to apply pressure and next up was Fionn Mooney’s turn to test Alley. Mooney pounced on to a loose ball some 30 yards from goal and immediately fired a shot towards the left-hand corner which the goalkeeper managed to smother.

Joshua Ajayi then had a golden chance to give Palace the lead when Aveiro slotted a perfectly timed ball through to him. Managing to escape the offside trap, Ajayi dragged his one-on-one effort wide of the right-hand post.

Ipswich handed Palace a scare on the brink of half-time when Liam Gibbs latched on to a long ball forward before lobbing over Russell, but it was just high of the Palace crossbar.

Early in the second period, the visitors again threatened as Dylan Ruffles looped a testing delivery into the box, but Fraser Alexander was outnumbered in the and failed to win the header. 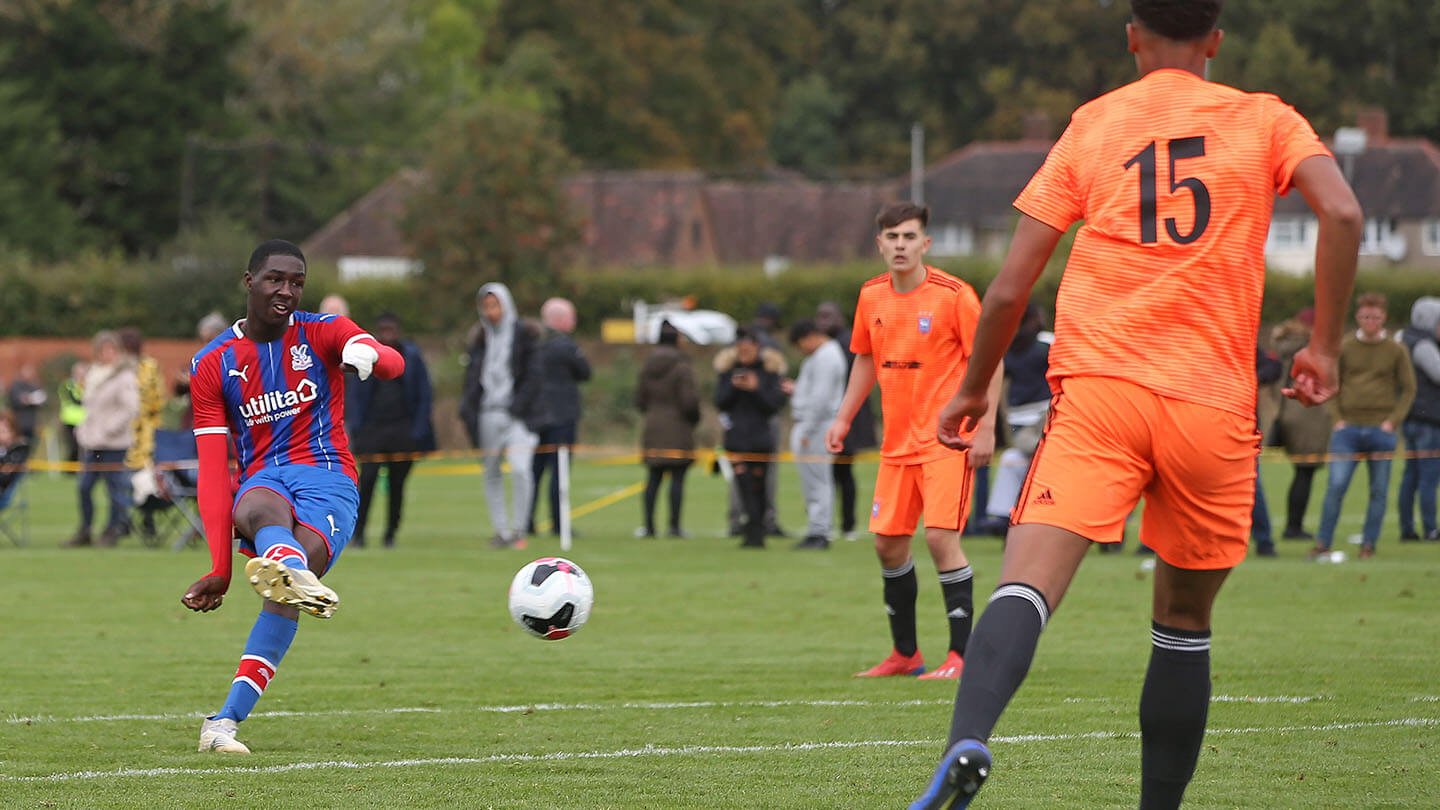 Palace then started to assert their authority on the game as Mooney led an encouraging break before skipping past a series of challenges on the edge of the box to create some space. He managed to drill a low attempt towards the bottom right-hand corner but dragged it just wide.

The hosts then broke the deadlock with Mooney again at the centre of proceedings. His pinpoint delivery from a corner was met by Siddik at the near post, with the defender using his physicality to direct the ball into the net with a firm header.

Siddik’s opener injected further confidence into Palace’s attack and immediately they nearly capitalised on this when TQ Addy clipped a delivery for Olopade to volley at the back post, but he dragged his effort wide.

Palace ultimately doubled their advantage with Aiden Steele the orchestrator as he teed up Olopade on the edge of the box, and the midfielder neatly curled his effort into the bottom right-hand corner.

Palace went close to netting a third moments later as Mooney threaded a teasing pass into the box, but Eikan Bagbott determinedly tracked back before making a critical intervention.

Ipswich did press Palace to try and find a route back into the match but they struggled to unlock the home defence, although Bagbott and Bareck did both go close with efforts from inside the area.

The visitors managed to find the net as the match faded out, with Reed deflecting Alexander’s volley beyond the helpless Russell in the Palace goal. However, this merely proved to be a consolation as the hosts defended resolutely for the remainder of the match to see out the victory.