Crystal Palace Under-23s fell to league leaders Watford this afternoon in a tight clash edged by goals either side of half-time from Hayden Mullins' visiting Hornets.

The Eagles began in collected fashion, holding possession throughout the game’s opening exchanges but Watford were first to enjoy any chances.

The Hornets’ first fell to former Palace man Joseph Hungbo, who collected the ball after a smooth pass into the box only to strike wide of goal from close range under tight pressure from Josh Williams.

Seconds later, Hayden Hinds burst in on a short back-pass only to collide with Joe Tupper, the opposing players clattering one another and spending time receiving treatment.

With both Hinds and Tupper seemingly okay and back in action, the Eagles regained their composure and, in turn, possession of the ball.

Their first chance eventually fell to James Daly who, playing his first match since the end of August, found himself on the edge of Watford’s box only to be dispossessed smartly by captain Jamal Balogun. 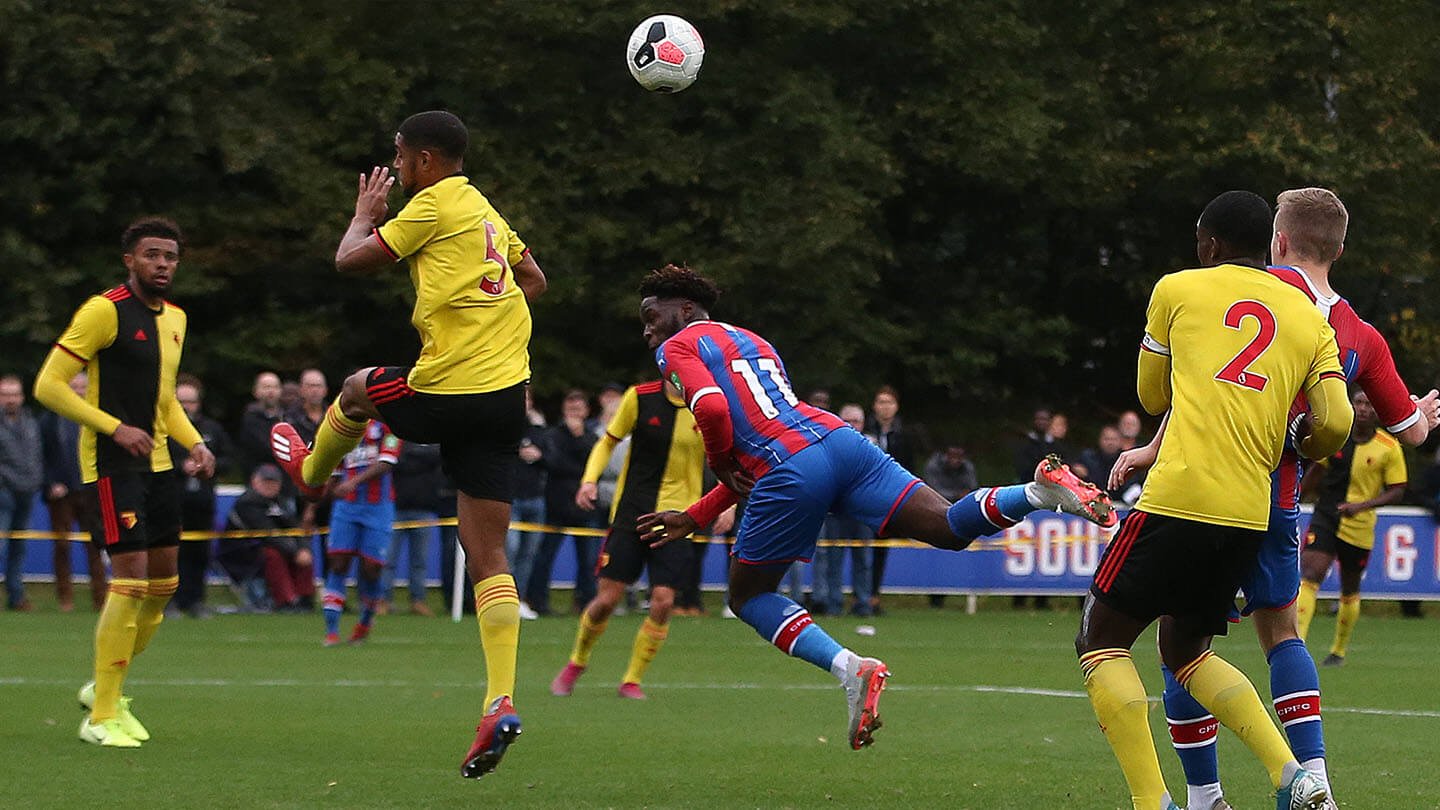 A far clearer opening presented itself later, however, when Jason Lokilo drifted a fine cross into the box before Brandon Pierrick headed narrowly wide with a powerful effort.

As if responding to the near miss, Watford bagged the game’s first goal. Picking up the ball after a selfless pass from Hinds on the edge of the box, Henry Wise unleashed a smart, low effort just inside Tupper’s post, ending the deadlock on the half-hour mark.

The visitors almost made it two moments later when Hungbo leapt at the far post to head onto the crossbar before, from a corner, Mason Barrett drilled an effort at the other post which Nikola Tavares deflected out of play.

Looking to pull his side back into the clash moments before half-time, Nya Kirby created two chances but struck over on the stretch for his first and could only find the side netting with his second.

Closing out the half, Lokilo was denied by an indomitable Balogun, who stuck-out his left leg to block the winger’s effort. 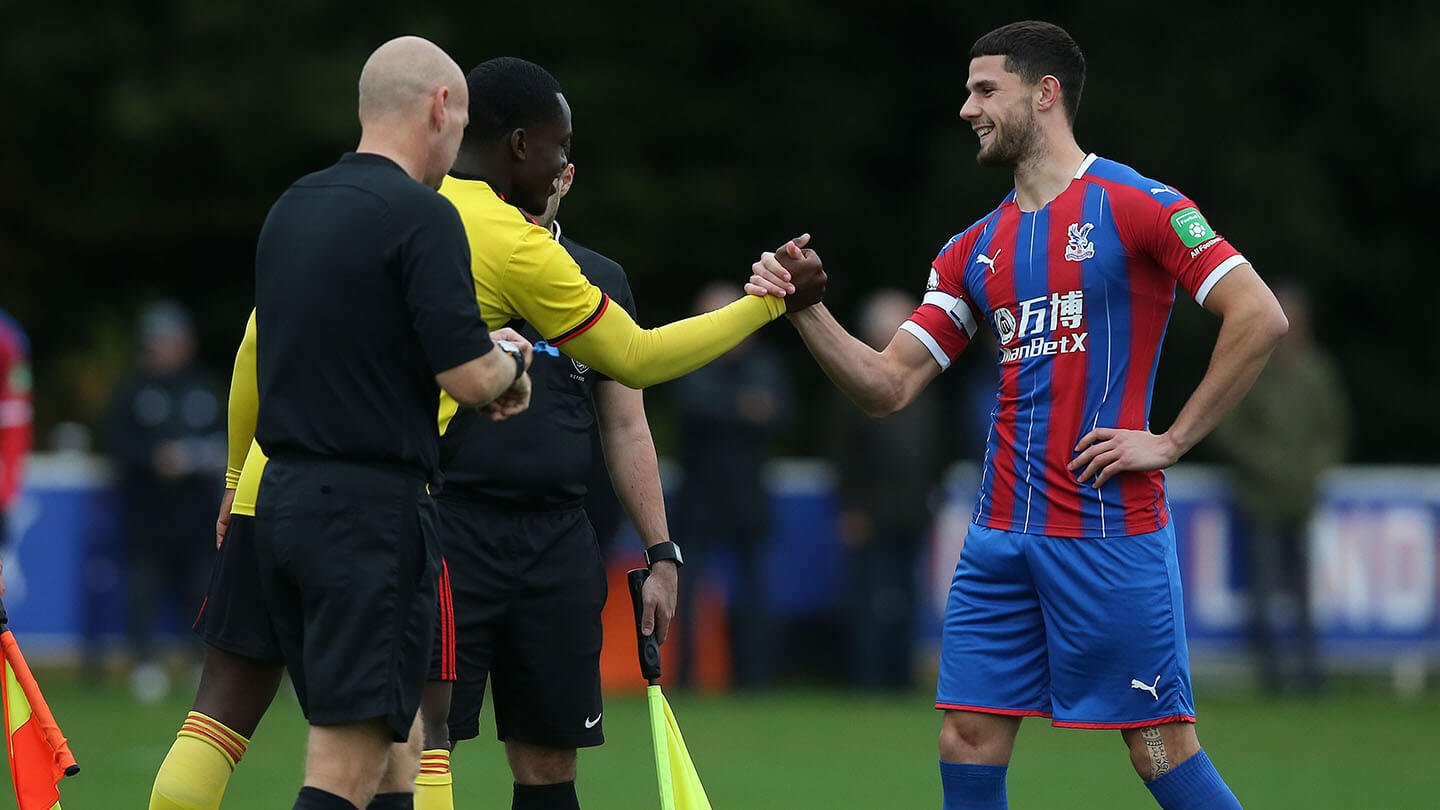 Opening the second-half, Watford re-asserted themselves after a promising late display from Palace and found their second goal through Sam Dalby, who scored from the spot after David Boateng softly felled Harry Hudson on the box’s perimeter.

But, as with the first goal, Palace responded well to conceding and Kirby came inches away from scoring when Parkes pushed his effort just wide of the post from an impressive 20-yard shot.

The remainder of the game saw neither side create any chances of note and Watford held off Palace’s advances, despite the Eagles forcing themselves forward late into the match.

Full highlights of this afternoon's match are now available on Palace TV. To watch them for free, either click here or 'Palace TV' in your app.