Crystal Palace Under-23s have secured promotion to the Premier League 2 Division 1 after beating Sunderland 5-3 on penalties at a rainy Selhurst Park on Monday evening.

The Eagles booked their place in this play-off final after beating Wolves 3-2 at Selhurst Park last time out.

Palace made a solitary change to the starting XI, with Reece Hannam in for the injured Jude Russell. Academy prospect Jesurun Rak-Sakyi continued in the Palace attack.

Shaun Derry’s men carried on where they left off against Wolves, with early pressure forcing multiple corners, though they didn’t test the Sunderland goalkeeper.

Sunderland’s Cieran Dunne had the first chance of note 10 minutes in, with his cross almost creeping in over ‘keeper Ollie Webber.

15 minutes in and Sion Spence found Rob Street on the edge of the box, the striker’s shot was charged down by the Sunderland defence and the resulting corner was narrowly headed over by Jay Rich-Baghuelou.

An attempt from Josh Hawkes moments later was no issue for Webber as it sailed over the bar. Jake Hackett had a similar chance for The Black Cats, though his long range effort went high and wide into the stands. 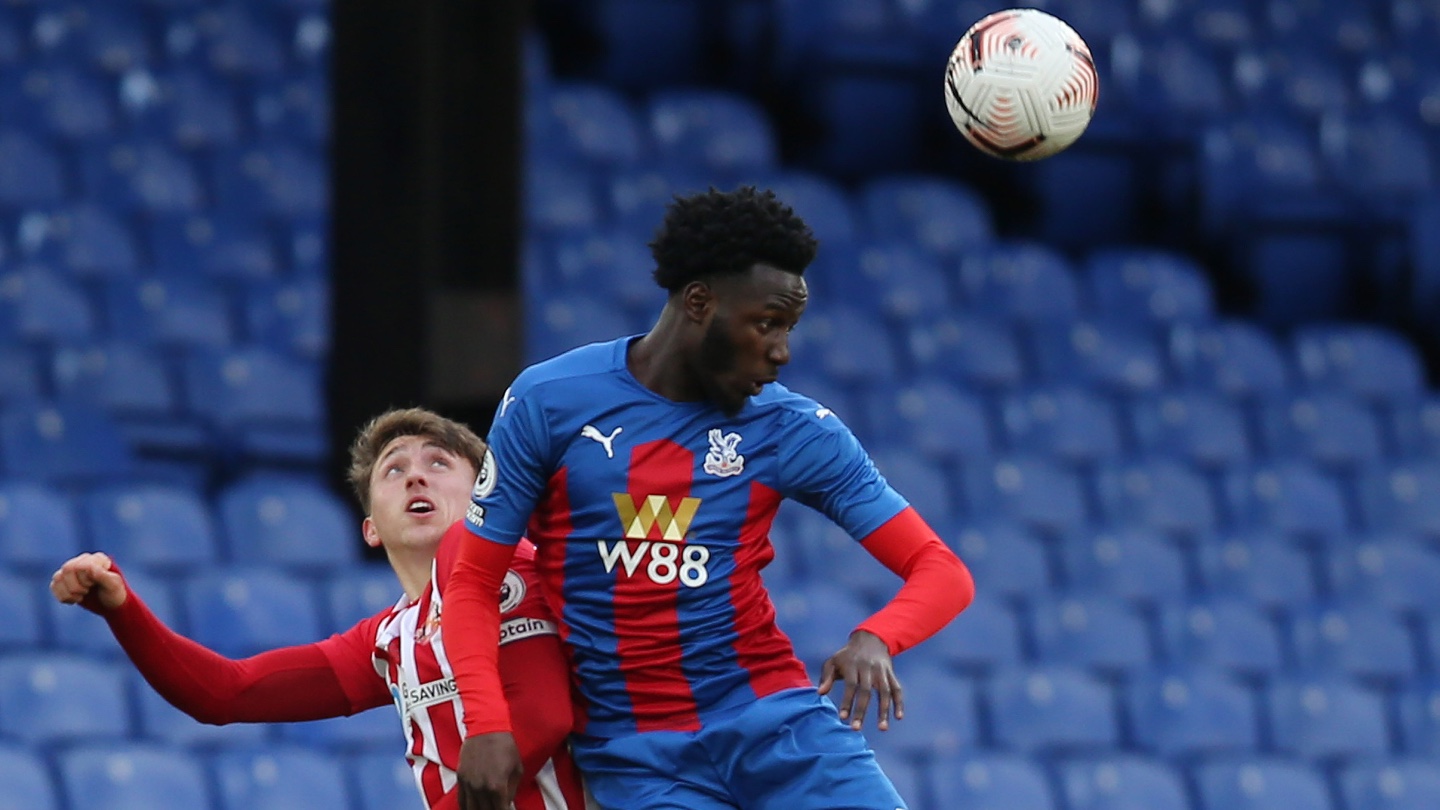 The visitors enjoyed the lion’s share of possession and almost made it count as a cross was whipped in to skipper Dan Neil, his header was well saved by Palace’ Webber.

Combination play down the right flank between Rak-Sakyi and Malachi Boateng set up right-back David Boateng to have a shot inside the box, though the young defender’s shot was turned behind.

Hawkes tried his luck once more with an attempt from 20-yards after a Sunderland breakaway, but it was no match for Webber as the young keeper pulled off a great save.

Just before half-time, Street cut the ball back across the box to find Rak-Sakyi, though the Academy prospect fired just over the bar.

Street was played through on goal once more in added time, though the Sunderland ‘keeper charged down his effort.

A mistake saw Sunderland’s Neil free with seconds to go before the interval, however his shot didn’t trouble Webber.

The Eagles came racing out the blocks as the second-half started and managed to win two corners in quick succession through Street and Rak-Sakyi. 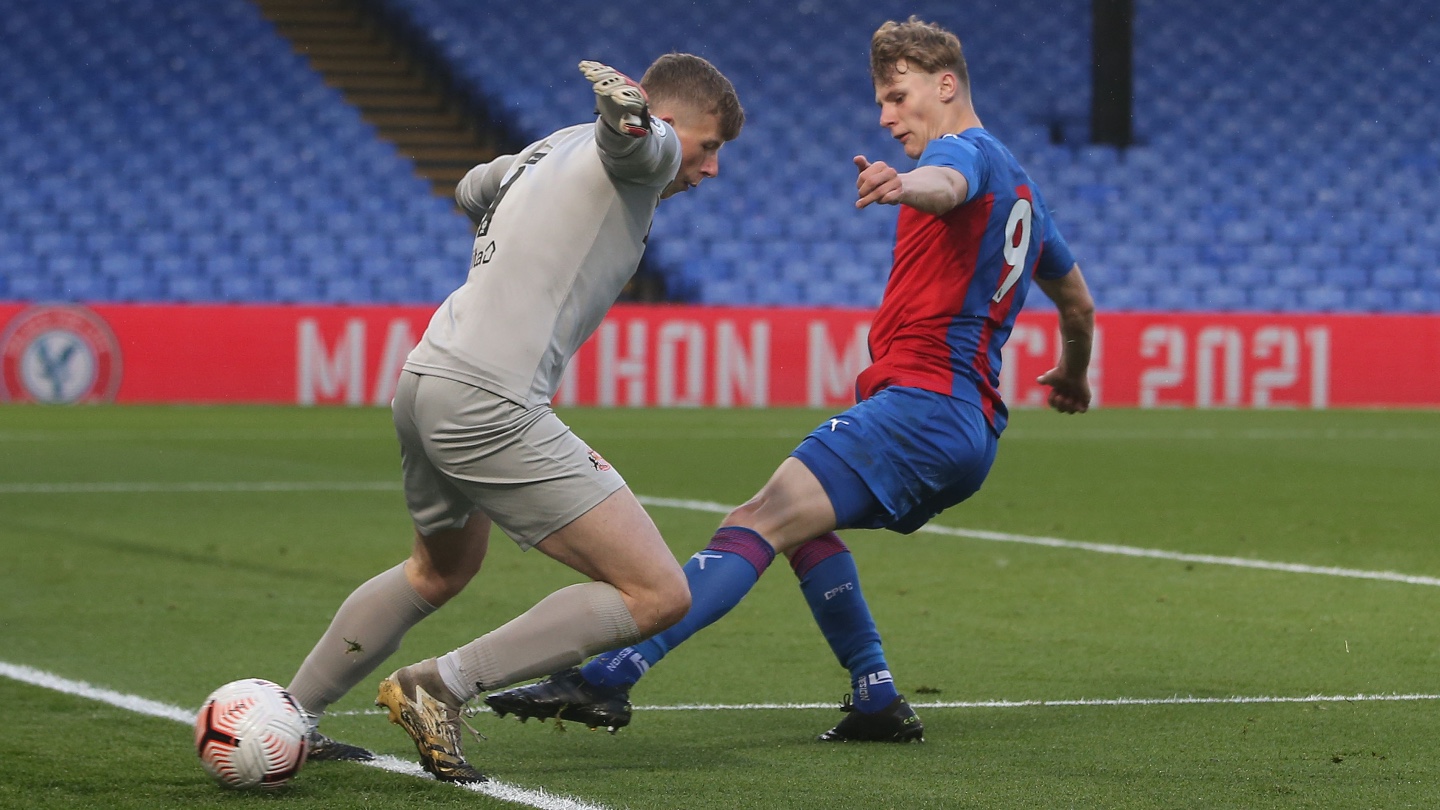 As the heavens opened, so did the game. Reece Hannam’s surging run down the left saw him skip past three players before getting two shots away that were both blocked. The ball fell to Rich-Baghuelou as it was being cleared, his strong effort from distance almost caught the Sunderland ‘keeper out.

Just past the hour mark, Malachi Boateng’s cross-field pass found Rak-Sakyi in acres of space as he charged towards goal. The winger’s powerful shot was turned behind.

The visitors fought to find a way back into the game, however astute defending from  Lewis Hobbs, Rich-Baghuelou and skipper Jake O’Brien ensured Palace’s spell of dominance continued.

A brief delay in play due to Sunderland’s Kenton Richardson going down injured saw the momentum slow right down. An attempt from Hawkes sailed wide of the post as the game headed towards extra-time. 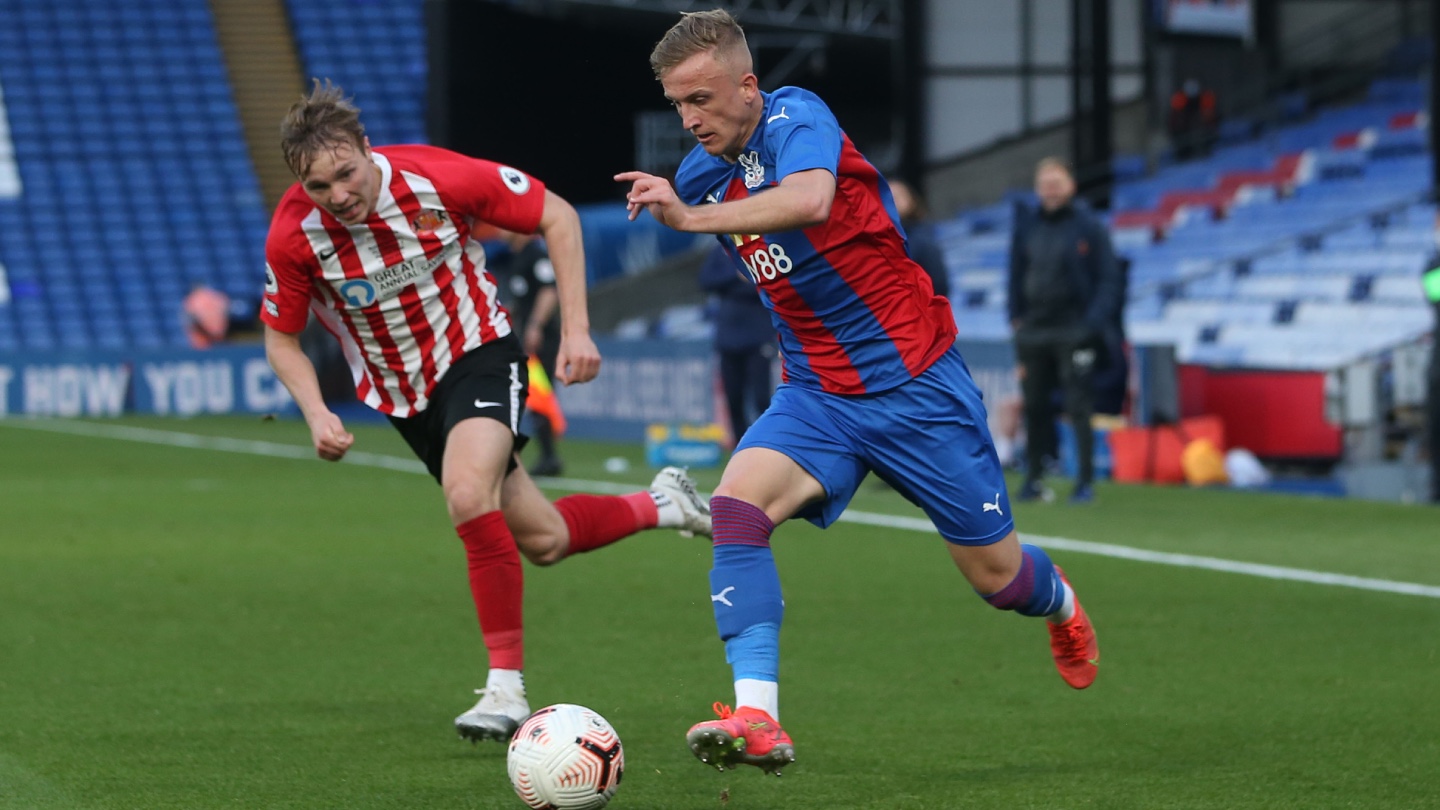 The start of the first-half of extra-time saw tensions start to boil over. The aftermath of a bad challenge on David Boateng saw Sunderland pick up two bookings, before collecting another shortly after.

Extra-time substitute John-Kymani Gordon nearly made an instant impact, finding Street on a run into the box. The striker’s tame effort was held by the Sunderland ‘keeper.

As the interval in extra-time drew near, Street latched onto Hannam’s defence-splitting cross, but his diving header was denied by the Sunderland ‘keeper.

The second-half of extra-time saw Sunderland start on the front foot. A shot from Hawkes on the turn was kept out by Webber.

Despite the best efforts of both sides with the game completely opening up, and a penalty shout from Gordon falling on deaf ears, the game headed to penalties.

The win on penalties means the Eagles have secured promotion to the Premier League 2 Division 1 next season, an incredible achievement in their first season as a Category 1 Academy.

READ NEXT: Townsend - 'I wouldn't be here without Hodgson'