The young Canaries were boosted by Sebastian Soto’s inclusion, the new first-team signing making his debut outing in yellow.

Having waited for a work permit to kick-off his Norwich career, the young American didn’t waste time making his mark in south London, driving down the right-wing, cutting inside with intent and shooting wide after a finely worked individual chance.

The Eagles landed the game’s brightest early effort, however, as Malachi Boateng fed Spence, who maintained the passing flow with a first-time ball to Alfie Matthews. The attacking midfielder struck low to Joe Rose’s left but the goalkeeper stretched well to deny him. 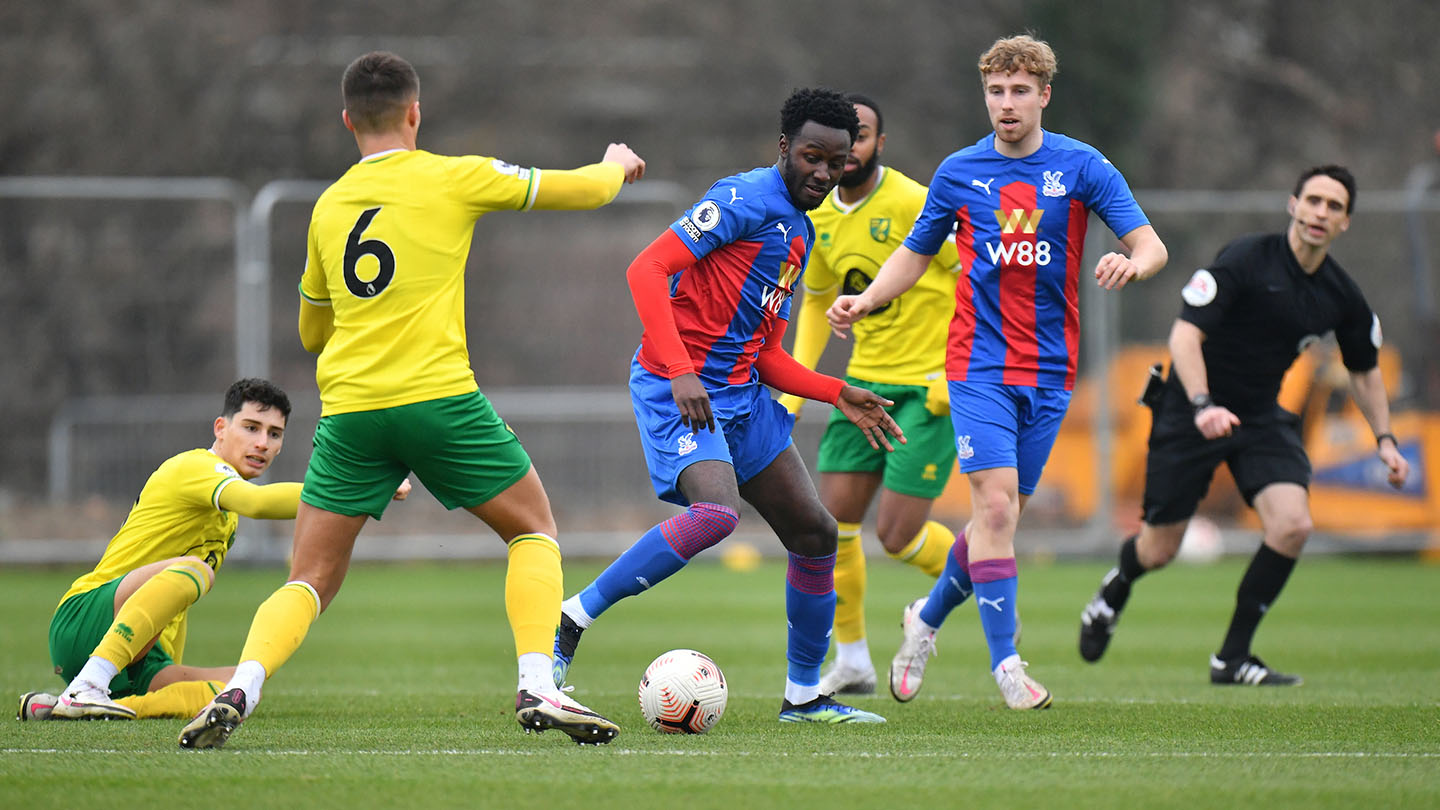 Following up on the rebound, an alert Gordon saw his close effort blocked by Jon Tomkinson as the hosts scratched their heads with the game still level.

Palace worked another bright opportunity, this time more through fortune than skill, as Harlem Hale rounded Rose almost 30 yards out only for Tomkinson to clear the ball just as it flew towards goal.

If one fine save and a goal-line clearance were the dramatic actions to deny Palace in the first two openings, Norwich could stand still and watch as the Eagles’ advantage evaded them for a third time – on this occasion Hale thwacking the crossbar with a driven shot from 15 yards. 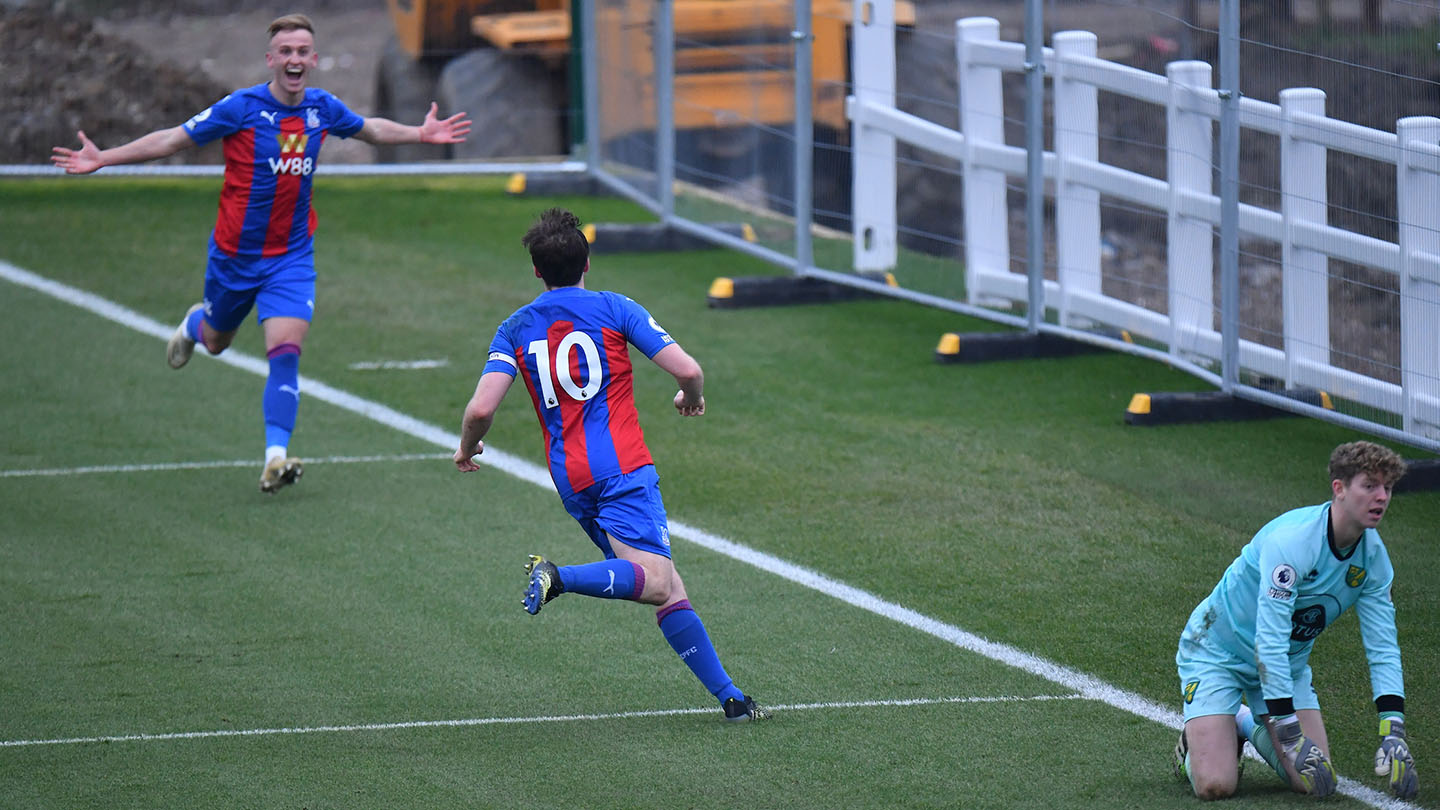 Shortly before the half-hour mark, Norwich landed their own close, eye-catching chance when ‘keeper Jacob Russell stretched backwards to tip Matthew Dennis’ deflected effort behind for a corner.

Their miss came back to bite them moments later as the same Canary – Dennis – slid in and fouled Hale from behind as he broke in to the box. Stepping up from 12 yards, captain Spence calmly struck home just off-centre to secure his side’s deserved lead.

Looking to double this advantage at the first chance, James Taylor volleyed with spectacular technique from the edge of the box, however Rose didn’t allow the shot’s merit to distract him and got behind the dropping ball well. 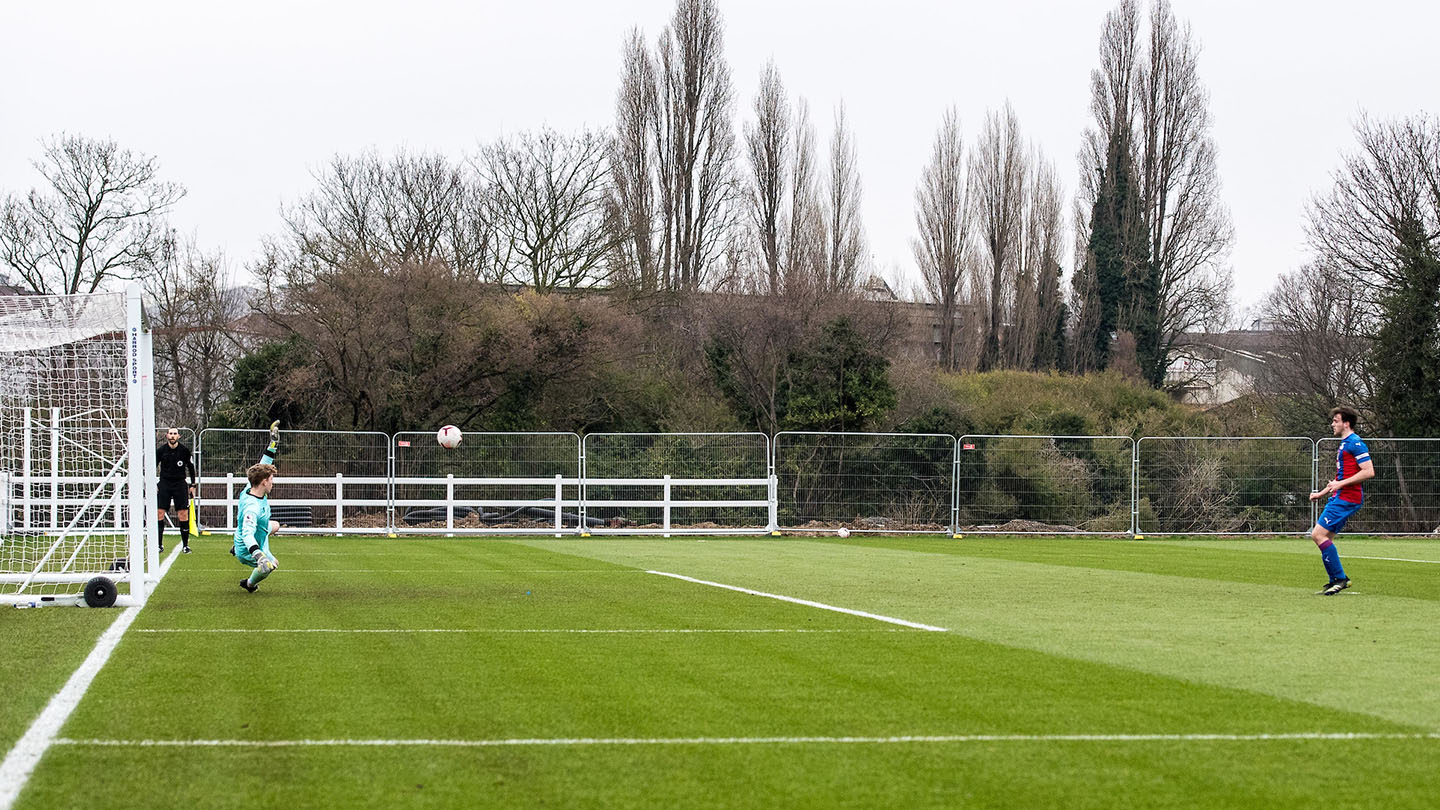 Sure enough, Palace’s second remained just minutes away – again coming through Spence. This time, a Palace trialist pulled the ball back from the byline towards Gordon, whose squared pass found his captain in the box.

Under pressure, the Welsh No.10 turned home without missing a beat – meaning the Eagles entered half-time with something to show for their hard work.

The Eagles returned to action in the same style they started it: on the front foot. Hale opened the second-half by shooting just over before the trialist defender struck into Rose’s hands and Gordon forced a smart save shortly after.

But as the second spell found a more regular rhythm, the visiting Canaries grew in confidence and enjoyed a dominant spell around the 60-minute mark. Their pressure was well-built but failed to trouble the Eagles with any sincerity. 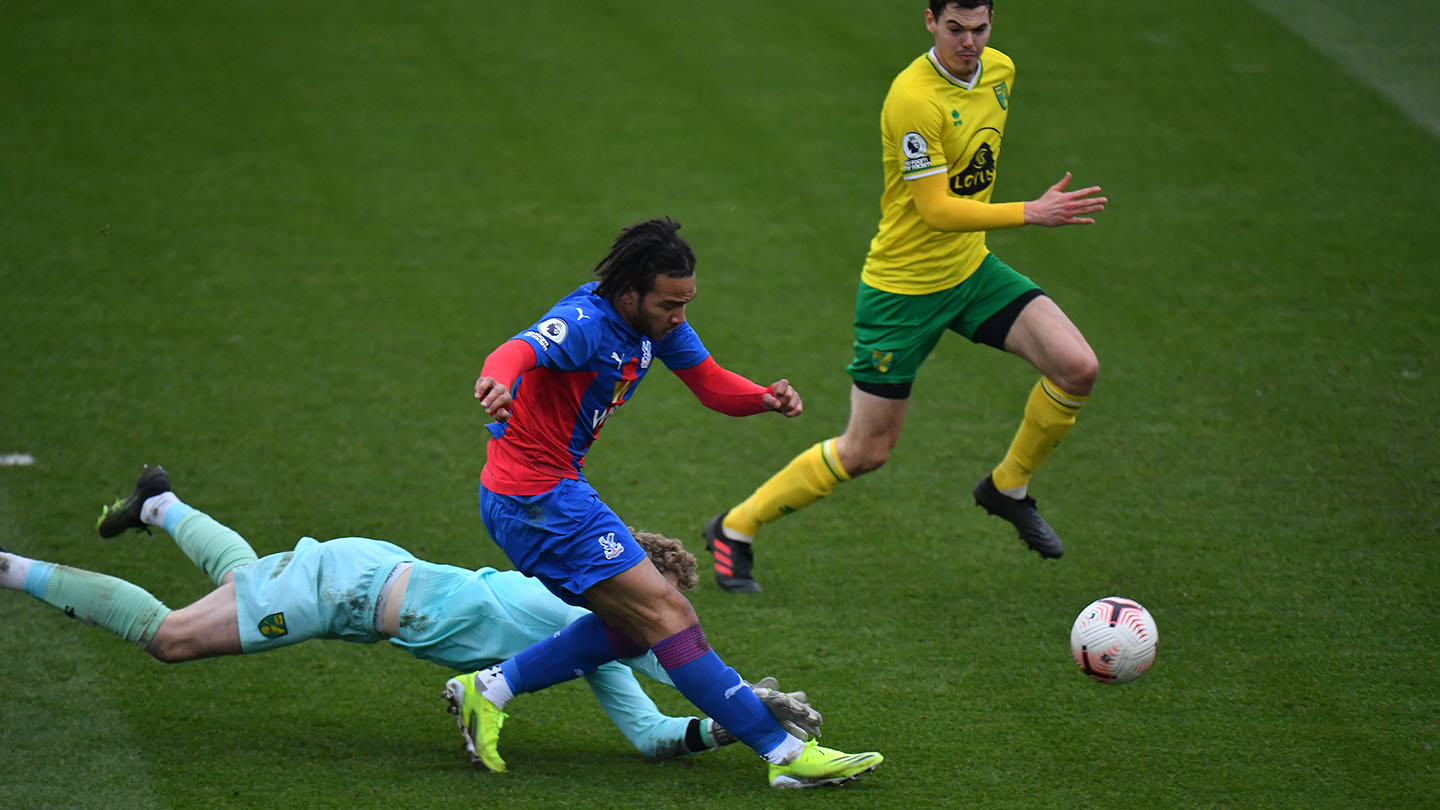 It didn’t last for long, either, with Palace swiftly quashing their guests’ gusto through a sensational Spence effort. With the Eagles pressing Norwich’s passing well, possession switched and allowed Reece Hannam to loft the ball to Spence.

Ready to grasp his hat-trick, the summer signing volleyed magnificently with the edge of his boot to ensure the south Londoners secured three points.

As if victory wasn’t guaranteed, however, Gordon joined his teammate amongst the goals after an hour of determined work. The frontman rounded Rose just minutes after Spence’s effort and fired home well to ensure his name went on the scoresheet.

A four-goal deficit, naturally, brought the game to a steadier pace, but each side still appeared keen to showcase their talent. Two such players handed an opportunity to demonstrate their worth were Under-18 prospects Victor Akinwale and Jesuran Rak-Sakyi, a competent pair of Academy regulars.

But it was the most senior substitute - David Boateng - who landed Palace's final attack, shooting just wide in the 89th-minute.

Unfortunately, the final whistle came after Jay-Rich Baghuelou received a second yellow card for a cynical challenge in the dying seconds but, by full-time, Palace held on for a 4-0 win, securing their first victory of 2021 in emphatic style.

Existing Palace Members were able to watch this clash live at no extra cost as part of their package. Make sure not to miss future matches and grab your Palace Membership here for 30% off!