Four Academy players on the bench and an injury at half-time to Mamadou Sakho highlighted the gargantuan effort Crystal Palace have put in over this festive period, a period they've now closed out with a hard-fought 1-1 draw away at Norwich City. 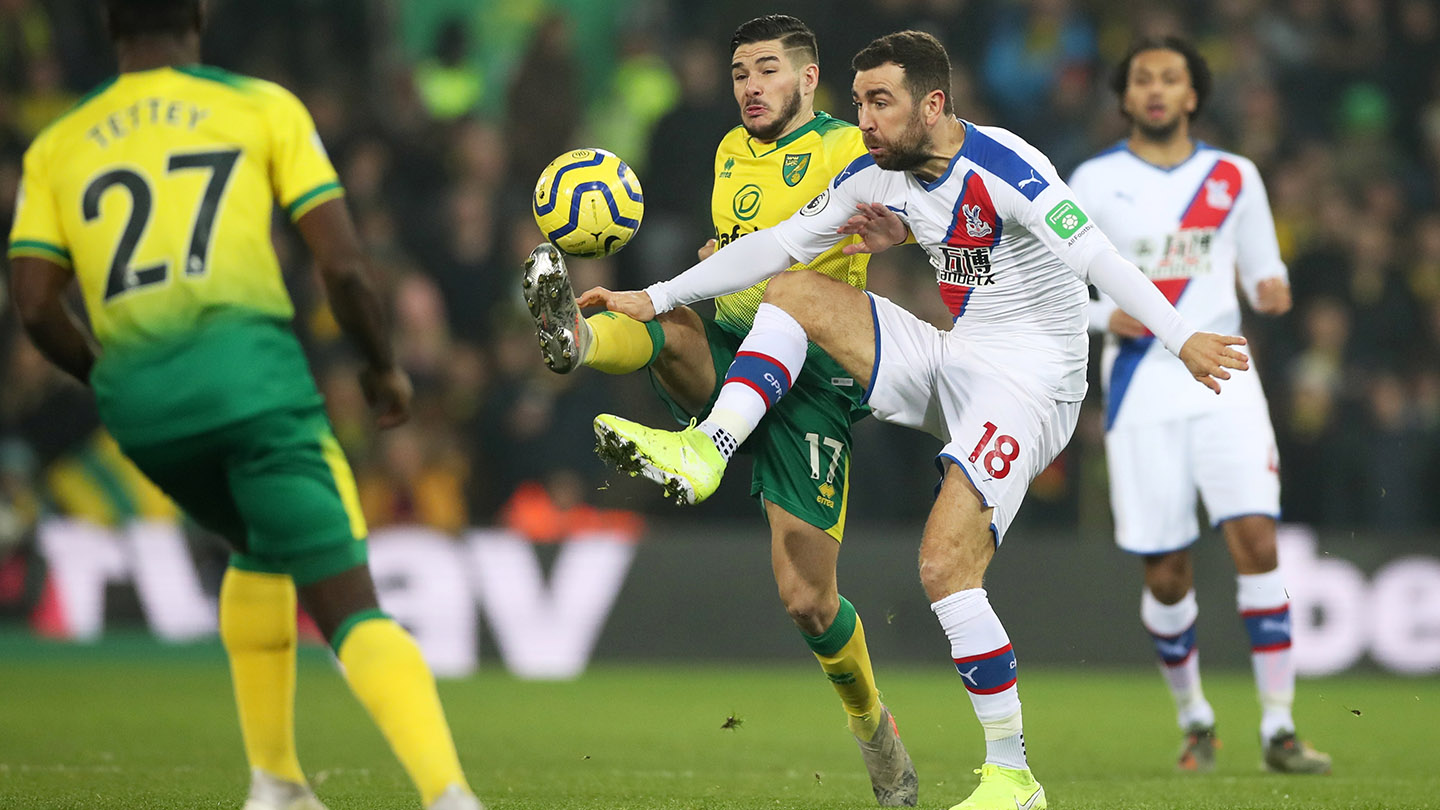 Crystal Palace started the game at Carrow Road like the home team, dominating possession and patiently waiting to find a way through the Canaries’ banks. An early Milivojević effort from outside the box, which had fallen kindly to him from a Max Meyer cross, was deflected wide.

Zaha was seeing a lot of the ball, orchestrating Palace’s early pressure from a more central position, gliding past players. Cantwell’s opener, therefore, came against the run of play with the midfielder finding himself in the right position in front of Vicente Guaita’s goal to pick up a deflected Buendía pass to slot home on five minutes.

After the opening few minutes, the game drifted to 25 minutes with neither team able to control the game, with play being constantly stopped for minor fouls. Tim Krul was tested on 26 minutes with a well-guided header from Ayew, after Martin Kelly had found space down the right-flank, but the precise technique lacked the required power. 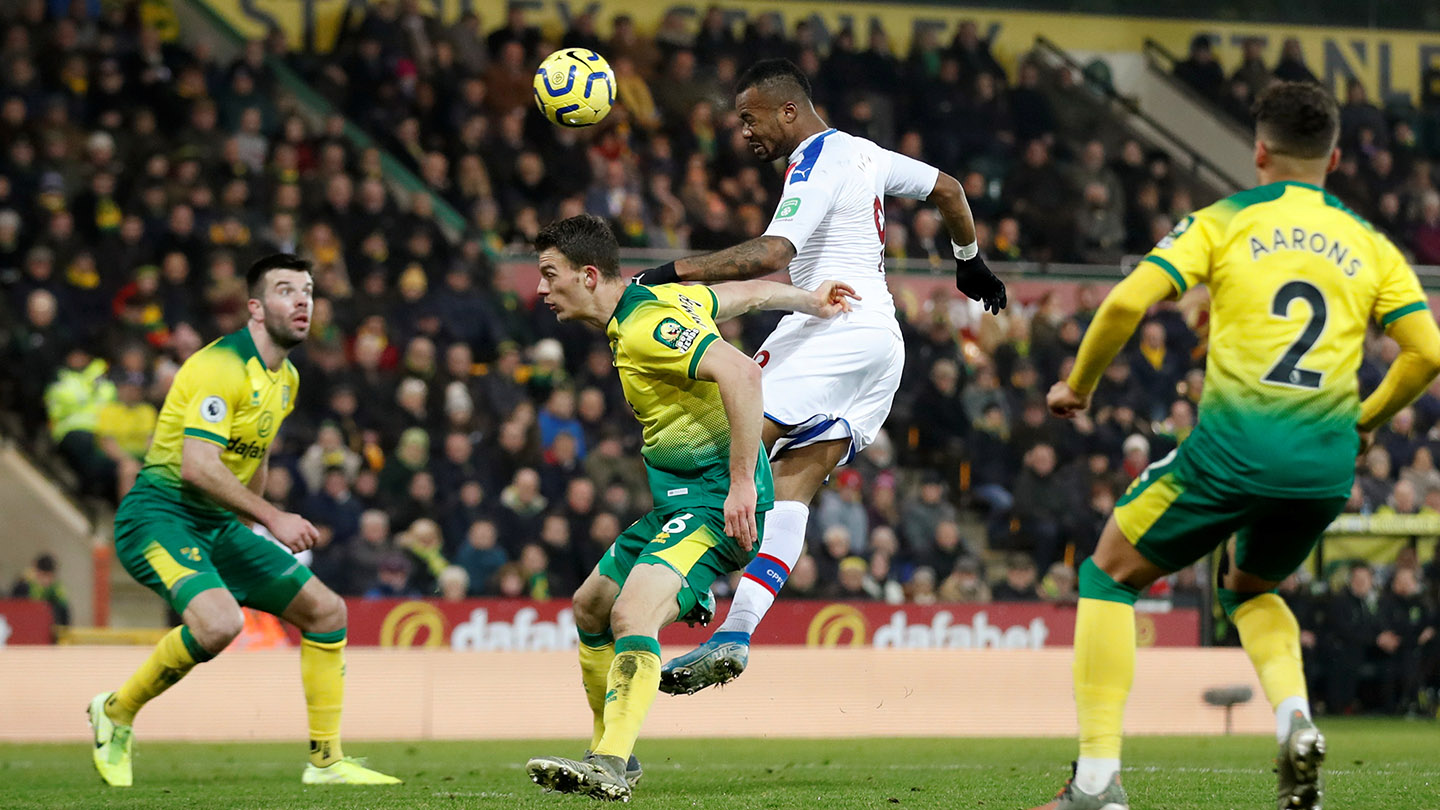 Norwich responded to Palace’s first shot on target with Buendía going down the other end, controlling a header from Mamadou Sakho well, before volleying on target - the height and direction made it a comfortable save for Guaita.

A pattern was emerging in the match, a ‘bitty’ game for large spells was followed by a Palace chance and then a Canaries counter-attack. Firstly, Jaïro Riedewald had the goal at his mercy but he opted to cut it back instead of shoot. A few loose bobbles occurred in the box before Riedewald then won the ball back but James McArthur was denied a certain goal with a great tackle.

Norwich then broke but Kenny McLean decided to turn inside to Alex Tettey rather than play through Teemu Pukki, eventually the move saw Norwich blaze well over the bar. A couple of minutes later, with the game growing more and more in to an end-to-end spectacle, Cantwell sent a well-connected volley down low to Guaita’s right but the ‘keeper smothered well.

Pukki was the next Norwich player to threaten doubling the Canaries’ lead when the striker went one-on-one with James Tomkins. However, the Eagles centre-back showed all his experience to marshall Pukki before blocking the shot at the perfect moment. 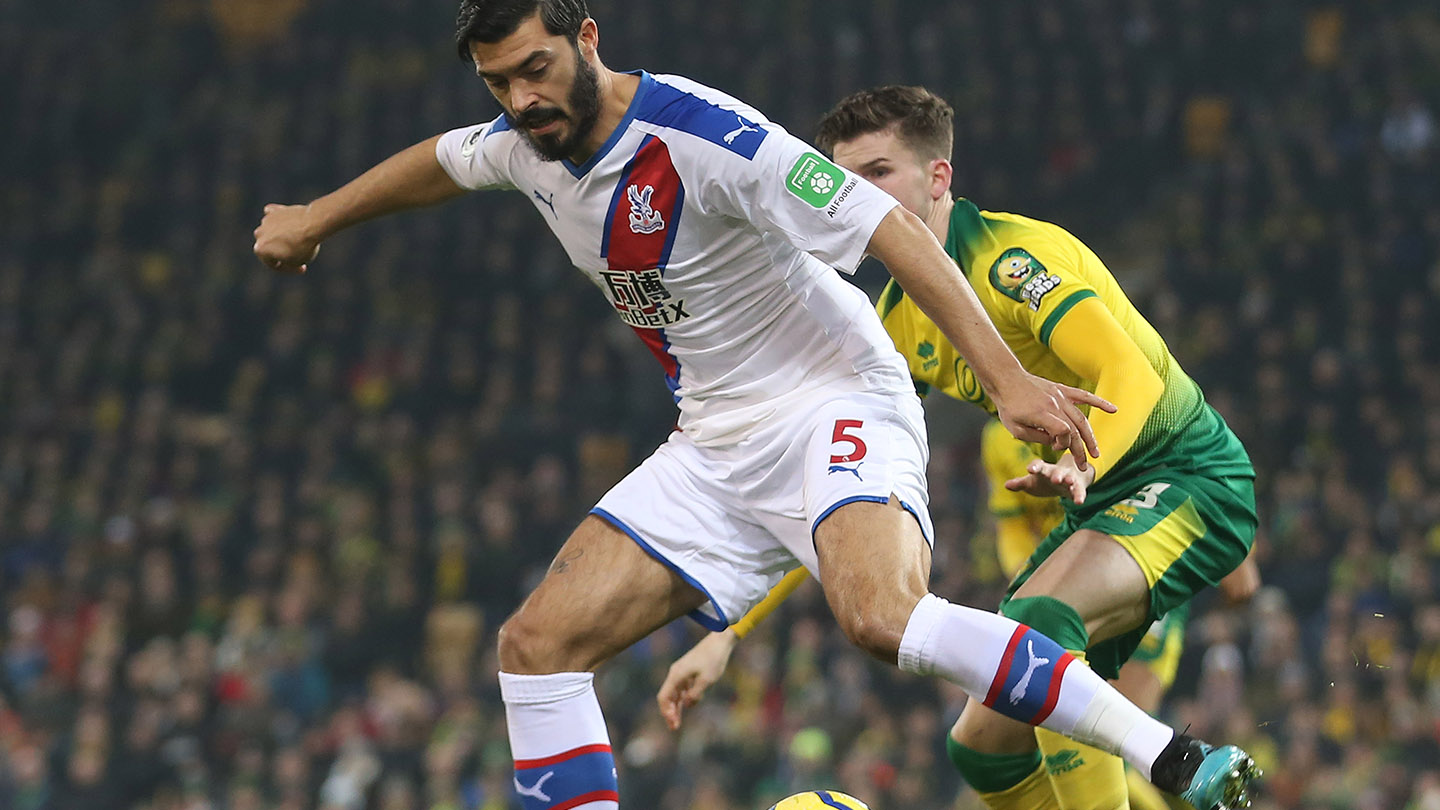 Just before the half-time whistle Daniel Farke’s side went close again, flooding the Palace box resulted in Aarons being unmarked at the back post with the right-back fizzing an effort just wide of Guaita’s right-hand post.

Roy Hodgson was forced in to yet another injury-enforced substitute during this busy festive period with Sakho replaced at half-time by Kouyatè.

The first chance of the second-half fell the way of the home side, a free-kick from Buendía brought about a stunning save from Guaita on 54 minutes.

On the hour-mark Hodgson made his second change with Meyer making way for Connor Wickham as Palace looked to make their dominance of possession count in the final third - the reception the former Ipswich Town striker received would be one the home crowd would rue handing out.

A reminder for Palace that despite pressing for the equaliser, there was still a need to defend arrived on 73 minutes when a rare sustained spell of possession for Norwich in the second-half saw Kenny McLean turn well in the box and absolutely smash the ball at Palace’s goal, only to see his effort cannon back off the crossbar.

With less than 10 minutes to go Hodgson made his third and final change, and in doing so handed Brandon Pierrick his Premier League debut - the Academy forward replacing Martin Kelly as Palace went all out to get something from the trip to Carrow Road.

And it worked. Four minutes later former Tractor Boy Wickham turned home Zaha’s low cross - Palace were made to wait to celebrate though with the goal awarded thanks to VAR overturning the initial offside decision. 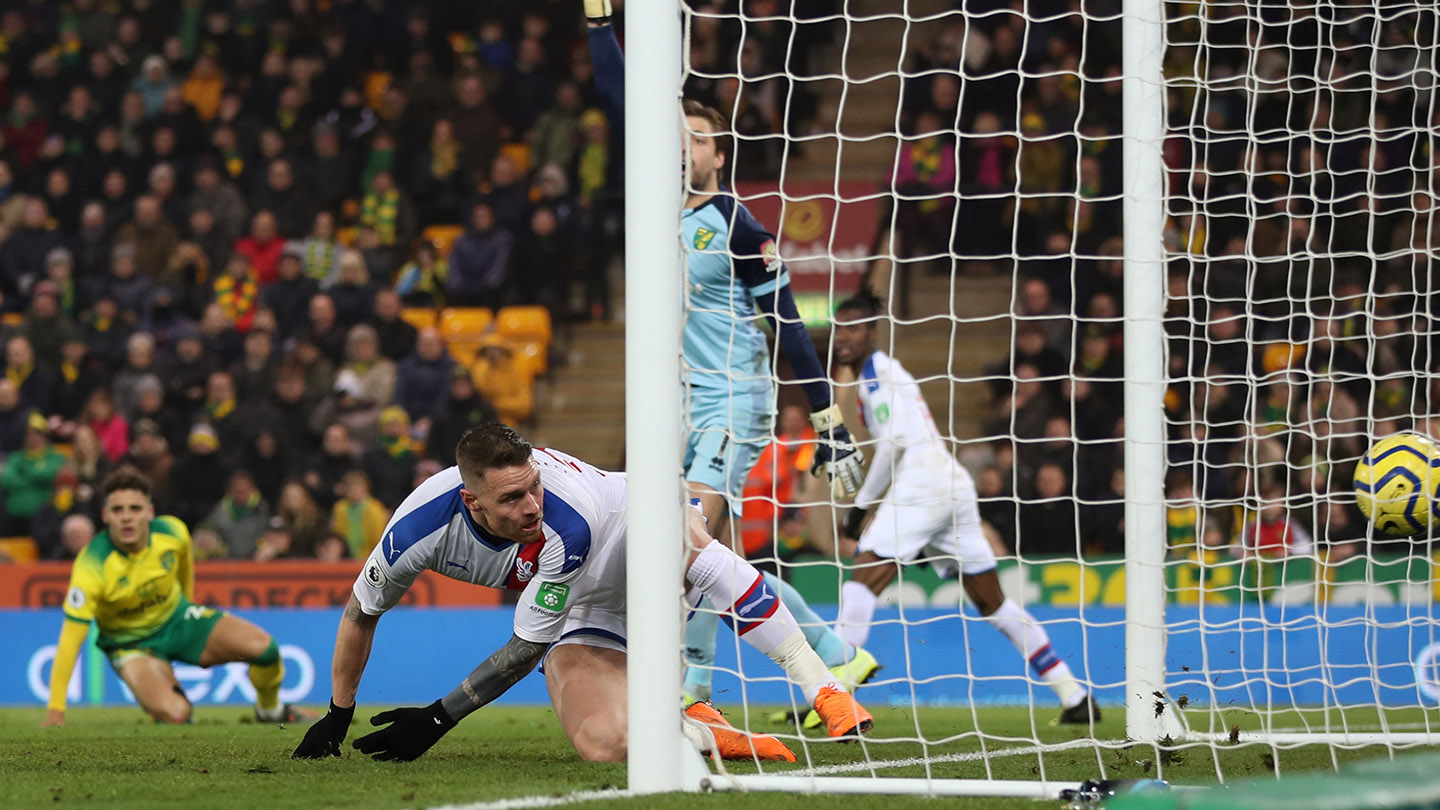