Crystal Palace women fell to a first home defeat in three games as an early Durham goal from Mollie Lambert proved the difference in a match of fine margins.

Palace gained early momentum in the first few minutes, as Bianca Baptiste started the match with a good run and pass to Cherelle Khassal before it was cleared by Durham’s Kathryn Hill. Hill was back in the action soon after, as an impressive strike from Baptiste was deflected directly into her face and cleared.

After 18 minutes, Palace’s Kate Natkiel was set through on goal, but an unfortunate loss of footing and saw her the chance go begging.

Midway through the first-half Palace were awarded a free-kick, but Coral-Jade Haines’ attempt was saved by Durham goalkeeper Megan Borthwick. A second chance for Khassal came a couple of minutes later but fell just wide of the goalpost.

The visitors made the breakthrough in the 28th minute, with Mollie Lambert firing the ball into the top left-hand corner of the net just shy of Chloe Morgan’s fingertips, giving Durham the lead.

Before the half-time whistle, attempts from Haines and Natkiel seemed to offer Palace’s most promising chances at levelling the scores, but both were just off-target. 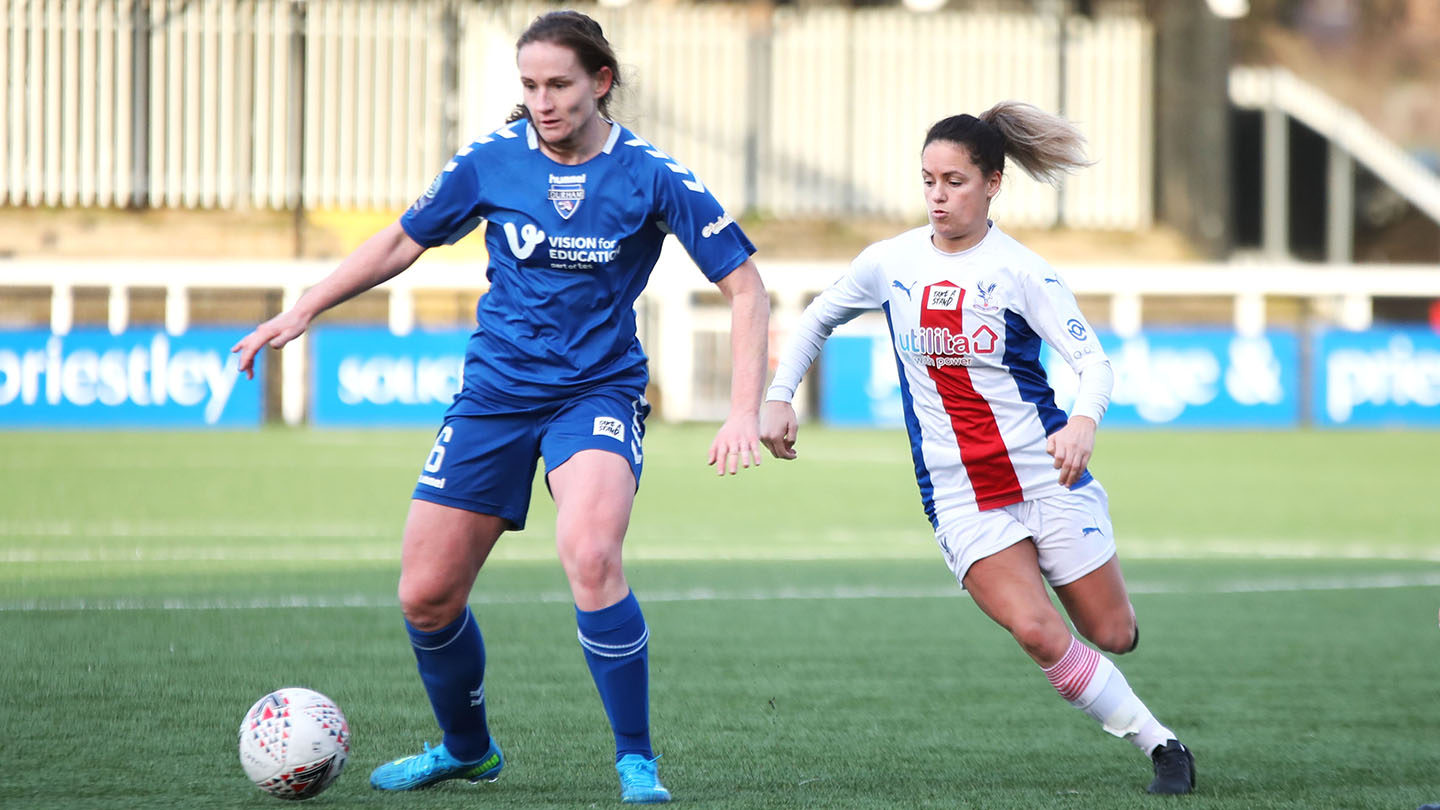 The teams went in at half-time with the visitors one up, but still with enough time left for Dean Davenport’s side to get themselves level.

In the first couple of minutes after the restart, a superb save from Morgan denied the chance for Durham’s Beth Hepple – who scored twice in the team’s last meeting – to extend their lead. She had another chance soon after, winning a free-kick, but her attempt flew over the crossbar.

Palace had the potential to rescue a point when Siobhan Wilson replaced Haines with 25 minutes remaining, bringing in a fresh spark of energy to the hosts. Her first attempt on goal was saved by Megan Borthwick.

The pressure increased when Durham midfielder Lauren Briggs was sent off in the 79th minute, receiving a second yellow card and giving Palace the numerical advantage.

But as the minutes ticked over to added time, the hosts could not recover from Durham’s first-half goal.