Roy Hodgson expressed his frustration with Crystal Palace's first-half performance against Chelsea on Saturday, saying their efforts in the opening 45 minutes "virtually made sure Chelsea would go away with three points."

The manager was clear in his disappointment with the game but found some satisfaction in an improved second-half.

Speaking in his post-match press conference, he said: "When you are 3-0 down at half-time, which we were deservedly, you are definitely staring down the barrel of a gun. Fortunately we didn’t capitulate, didn’t lose heavier than 4-1.

"It’s still a very bad defeat, albeit against a very good team. But it’s our job to play against these very good teams and make their life as hard as we can. We didn’t do that today.

"We’re in the same league; we need points, they need points. Sometimes we have to do what we think absolutely necessary to get those points, accept we can’t go toe to toe and play the same way, but we have enough self respect and belief in ourselves to do more than we did today.

One positive from the evening at Selhurst Park was Christian Benteke heading home his sixth goal of the season. 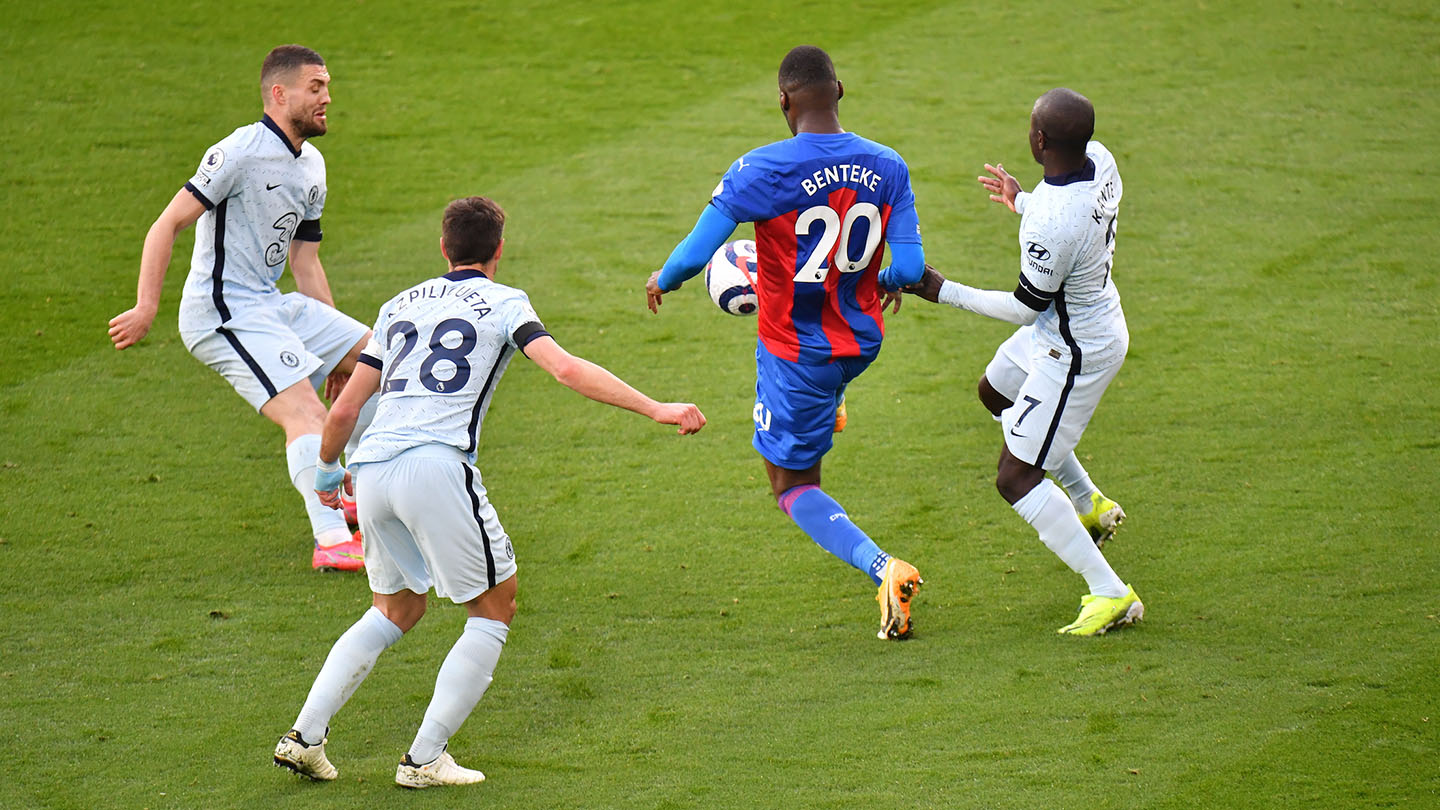 Hodgson stayed reserved in his praise after the defeat, but took the opportunity to commend Benteke's form this season.

"He’s doing well," he said. "He’s certainly working hard. He’s trying to do the sort of things we’re preaching and asking him to do and it’s very good he’s starting to score some goals. His goalscoring for the last couple of months has been on a regular basis.

"I can’t fault him and it was nice to see him score a goal today and give us some glimmer of hope, albeit a minor glimmer because of the way we played in the first-half which virtually made sure Chelsea would go away with three points."