Amber Stobbs: “I felt like I’d gone past that point of no return"

Hosted by the Mental Health Foundation, Mental Health Awareness Week starts today (Monday 18th May) and runs until 24th May, 2020.

Of course, this week only serves as a conversation starter. But thankfully we are in a world that is increasingly opening up and understanding the struggles each and every one of us go through on differing levels. 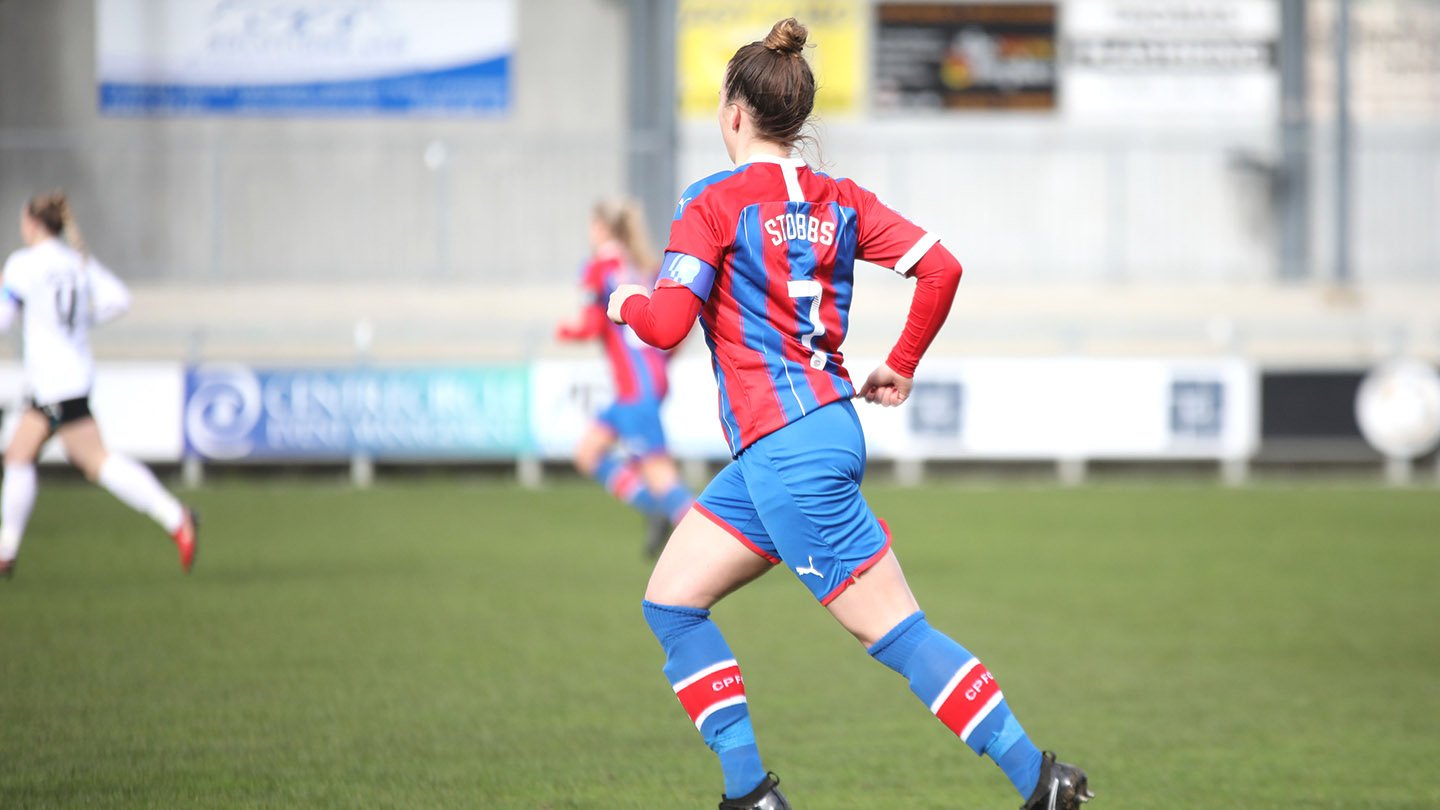 One person who has been through it all is Crystal Palace Women’s player, Amber Stobbs. The striker signed as a free agent for the Eagles back in December last year, a huge moment for her having left Charlton Athletic in May never expecting to play again.

Stobbs called what she truly believed to be time on her career at just 26 – only four years earlier the forward was celebrating promotion to the Women’s Super League with Everton. But the battle with her mental health took its toll: “I just kept playing, to chase the feelings I felt I should be getting from playing football, but they just never came. They worsened, if anything.

“I felt like I’d gone past that point of no return in terms of my mental health.”

As Amber now realises: back in football and back home in south London, that with the right support there is no such point when it comes to mental health. The journey to that realisation was a tough one, but it’s one Stobbs now wants to share because “I know it’s a cliché but if I can help just one person in a positive way, then I’ll be happy.” 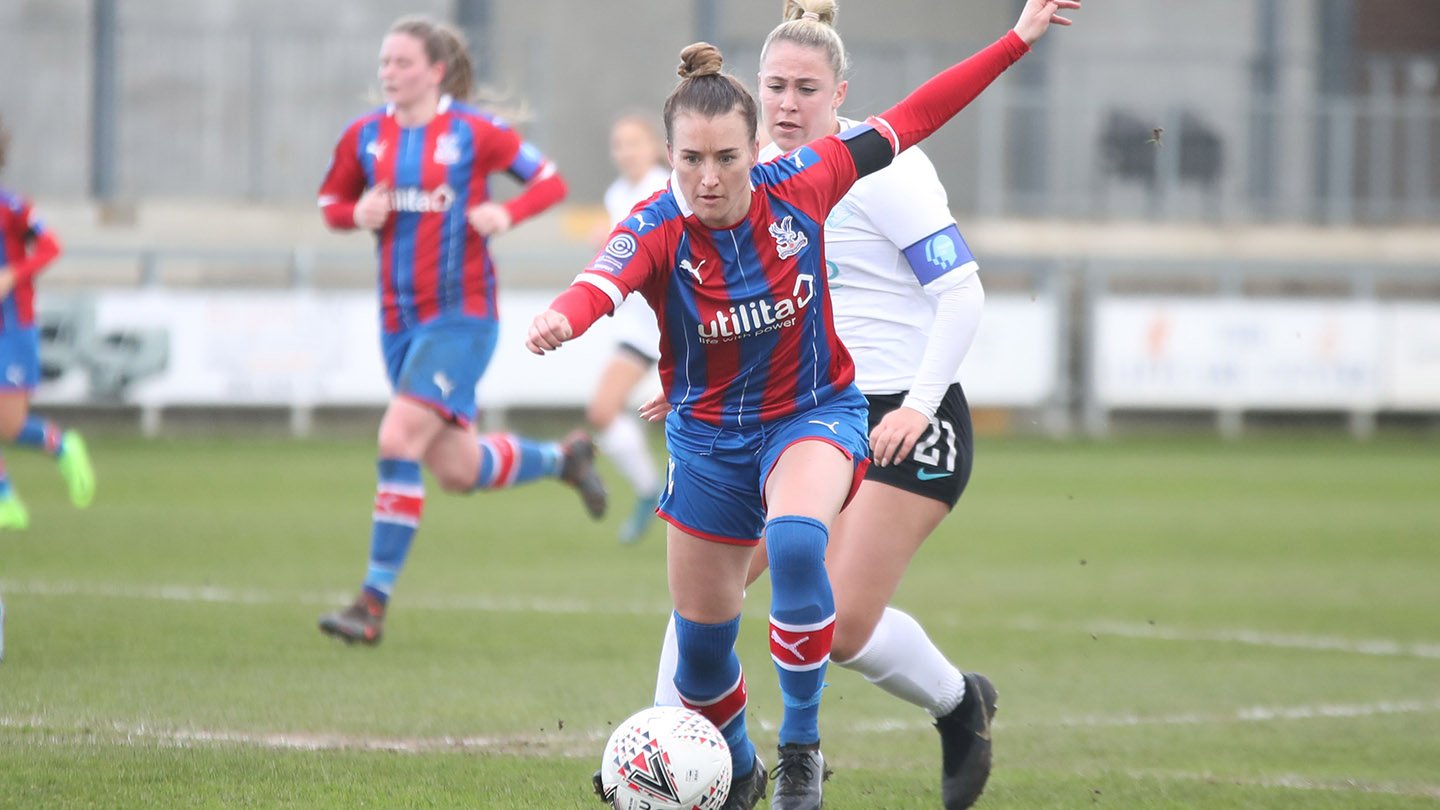 Looking back, now, Stobbs realises it all started during her university days where she attended Hofstra in New York.

“I reflect on my experiences and think: ‘Wow. I can’t believe that’s the way I lived.’

“At university when I was injured, I had a much tougher time than I should’ve in terms of dealing with an injury. I broke my collarbone, which isn’t great, but it’s certainly not the worst injury you can have. Yet I was mentally just done.

“I would cry at the word ‘boo’ and spend nights not sleeping.”

Throughout the chat with Stobbs, a regular theme pops up: she thought she was hiding her inner struggles from the outside world but people close to her did pick up that something wasn’t quite right.

Playing for the university team, Stobbs’ manager was the first to check-in: “My coach said to me: ‘you’re not doing well, are you?’ And I thought he meant the several season-ending injuries I had picked up during my time. But he stopped me and said: ‘No, no; I don’t mean that. I’m talking in a more serious way.’ 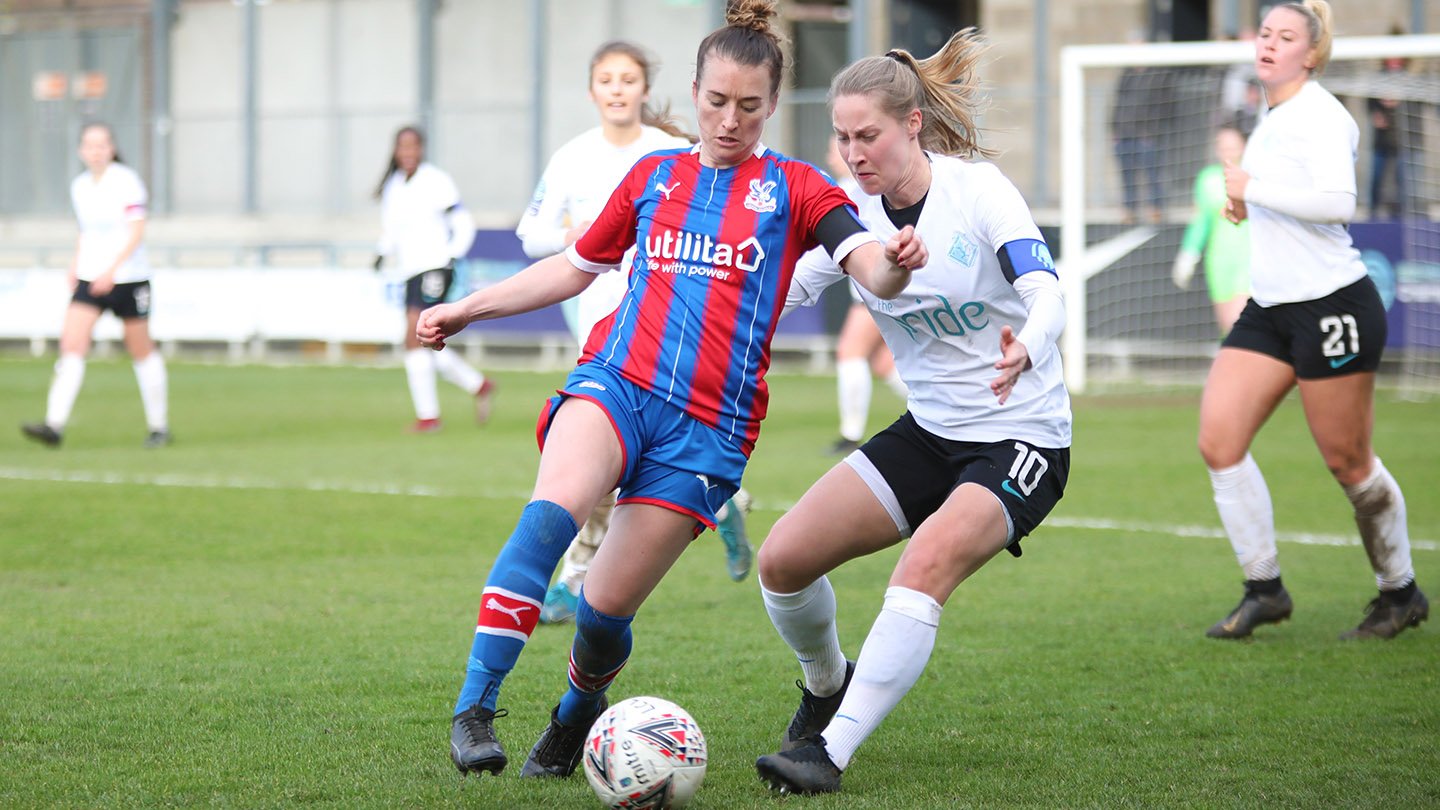 “I was surprised that someone had noticed because, in my head, I was still going out with my teammates and going training. I was fine, I thought, on the outside.”

Stobbs reacted to her coach’s question in a way that she wouldn’t even dream of doing now: she “batted away his comments.”

Education in America came to an end and Stobbs returned to England: back in her country of birth, closer to family and friends and signing for Reading. That would sort everything out, right?

“When I signed for Reading in 2015 it wasn’t everything I had hoped my first professional contract would be,” the sigh upon her recollections is audible. “It just wasn’t how I imagined it.

“I also had to deal with a personal issue: someone very close to our family passed away.”

Trying to accept that her footballing dreams weren’t as dream-like as she had envisaged, whilst coming to terms with struggles in her personal life, naturally, became too much for Amber. 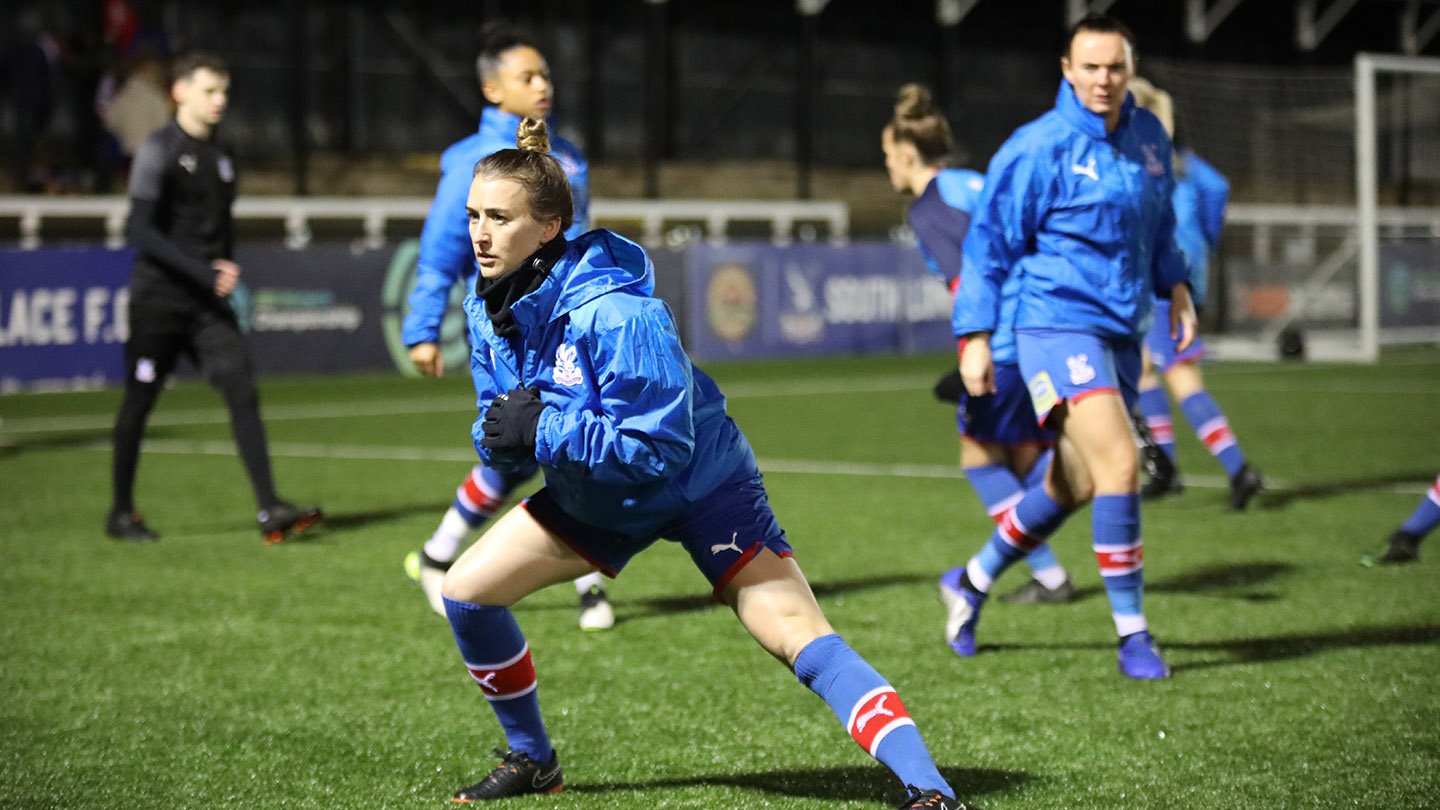 “I couldn’t go a day without a panic attack; I’d have four or five a day,” Stobbs coughs, clearing her throat but also giving herself a chance to compose herself. The invisible scars are still there, but every day they shrink.

“If I managed to get up for training,” Stobbs continues, “I’d put my kit on and then feel physically ill. There would be incidents where I’d be training and trying to play whilst also having a panic attack. It was awful.

“I’d front it up and go to training for a couple of hours and then just go home and lock myself in my room.

“I thought that this was ‘my normal’.”

The struggles at university and Reading totalled over 2,000 days of going it alone: “I didn’t tell anyone for six years. It was so draining on me, keeping up this front.

“I kept thinking about the stigma and felt it would be classed as a sign of weakness.”

So instead the promising striker moved clubs and headed to Merseyside with Everton: a complete change in every aspect of her life.

But although the colour of the shirt changed, the constant internal battles remained and intensified.

“I lived by myself, so it was even easier to hide,” Stobbs admits. “It wouldn’t have made a difference to me if I got out of bed or stayed in bed.”

Heading back up to Merseyside, though, after a few days visiting family and friends back in London prompted the first steps of the continuous path that Stobbs finds herself on: “Everton were the first club I told.

“I had an unintentional emotional meeting with the manager, Andy Spence. And I think this was prompted due to an email a friend had sent me.

“I had recently headed back south for a weekend at home and after meeting up with a friend they said to me ‘I’m sending you an email to read on your way back up.’

“This email contained several blog posts about a man’s dark and devastating battles with his mental health. I felt every word I read. The final link in the email was to an image and when it loaded it showed a hospital note with the name: Timothy Harper.

“That’s my friend’s name. This was his story.

“I couldn’t believe it. I remember thinking that: if he can be so honest and open with the world about his struggles, then so can I.

“I finally told my family.”

“I remember the date: 21st April 2017, the day I finally opened up to my family via email of all things – it’s the only way I felt I could get across how I was feeling. Their love and support was – and continues to be – incredible.

“I look back now and I do wish I told them earlier or anyone for that matter. It is a long time to face all of this alone, no one should do that - but it was my own choice fuelled by my misplaced fears.

Back to the meeting with Andy, which arrived two months after finally having the courage to her family. “I went to this meeting with Andy to discuss my contract, playing situation and plans for next season,” Amber recalls. “I didn’t have any desire to go there and talk about my own personal struggles. But I just broke down and I think my friend’s email was why.”

“He was amazing. I realised that I can’t keep chasing this Women’s Super League full-time contract. I said to Andy in the meeting that I’m not in the right head space for this right now.

“I made a decision to go part-time with West Ham, move closer to home and get a full-time job. Try to find happiness that way.

“When I was moving out, Andy came round and had a cuppa with me and that chat gave me the courage to speak to West Ham about my state of mind before I signed.

“I told two members of staff at West Ham and it felt easier to be involved with training, with those people knowing what I was dealing with.

“I’d liken it to an injury: letting the physio know you’re okay to train but you’ve got a bit of sore ankle so will need to take things a little easier.

“Telling West Ham made me realise: You don’t have to hide something. It was a release giving them a heads up.”

The next part of Stobbs’ story highlights the continual journey she is on – and will continue to be on – because after her spell with West Ham came to an end, the striker moved to Charlton Athletic. However – and why is still unknown to Stobbs herself – she went back to not telling anyone about her mental health struggles.

“I don’t know why,” Stobbs says in a still perplexed manner. “Perhaps because I felt like at West Ham, despite staff members knowing, nothing internally changed for me. When I say I told Everton and West Ham, I was very coy about it.”

If Andy Spence was gentle nudge in the right direction, then James Marrs, at the time a coach with the Addicks, was the driving force that Stobbs needed.

“James Marrs came up to me during the season and said: ‘Come on; what’s up with you?’ I tried to downplay it all but he said: ‘You’ve barely said anything this session and I’ve noticed it for a few weeks now. You know you can always speak to me.’ 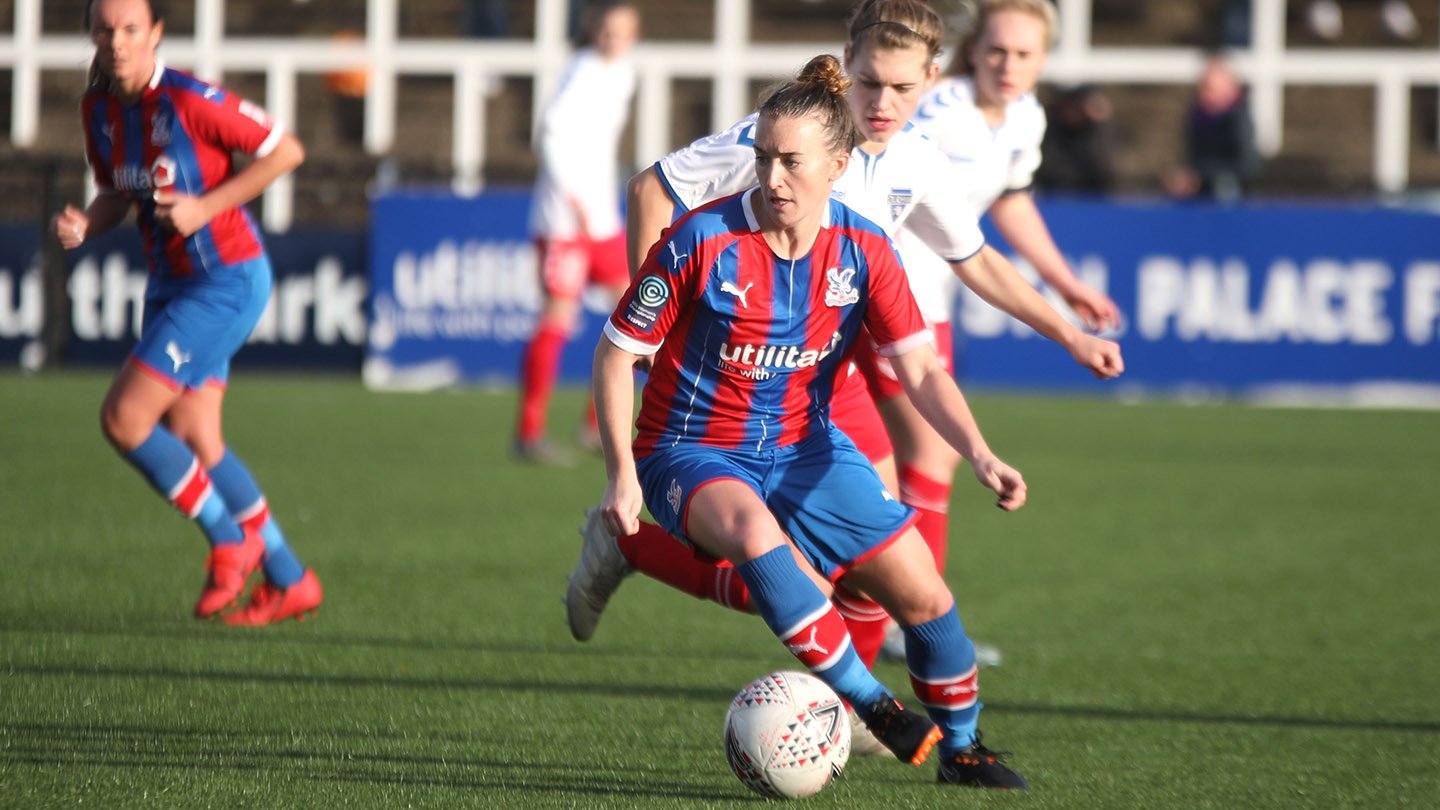 After that conversation, things really did start to change for Stobbs. “Marrsy put something in place,” she reveals, “where I would just walk up to him and quietly say: ‘Not a good day, Marrsy.’ He wouldn’t treat me any differently, but just being aware of it helped.”

The positive steps taken by Stobbs in beginning to share her feelings allowed her come to the realisation: “football wasn’t the issue – I needed to work on being happy in everyday life. But until then I couldn’t have the game in my life.”

Stepping away from a team sport, however, when next to no-one knows the real reasons, was always going to be a hard thing to do, especially for a footballer approaching her peak years as a regular starter.

“I started saying to my Charlton teammates that I think I might be done after this season [2018/19]. The girls were stunned and wouldn’t accept it and struggled to understand.

“In hindsight, I think it would’ve been easier if I had just said: I need a break from the game, mentally.”