Professional footballers in both the men’s and women’s game are, rightfully, commended for creating time around training, matches and family lives to support others in their clubs’ communities.

They are praised for using the power of sport for good and for acting as role models to those who follow them.

Players from Crystal Palace Women, however, have recently taken this selfless use of time to another level, calling 615 players from women and girl’s football clubs across the country as thousands of amateur footballers have to contend without sport.

These video calls were worked around already packed schedules, with many players juggling full-time jobs with family lives, training multiple times a week and playing on weekends. Additionally, many of the Eagles are representatives or ambassadors for a range of organisations and complete regular media work amongst other off-pitch activities.

Goalkeeper Chloe Morgan, who instituted the idea to call fellow footballers, is one such figure, taking a break from work as a solicitor to explain her motivations to cpfc.co.uk.

“I initially put a tweet out to say I was thinking of the fans and players and appreciated how difficult it was for people to be unable to play at the moment and unable to see teammates, get out on the pitch and have a distraction from everything that’s going on.

“There was a massive response to that and an outpouring of people who were finding it difficult. I started to think: ‘Okay, what can we do? It’s all well and good putting a tweet out saying you’re thinking of people but is there anything we can actually do to help?’ I thought it would be a good idea to offer to set-up Zoom calls myself to see if any young girls’ and women’s teams were struggling. 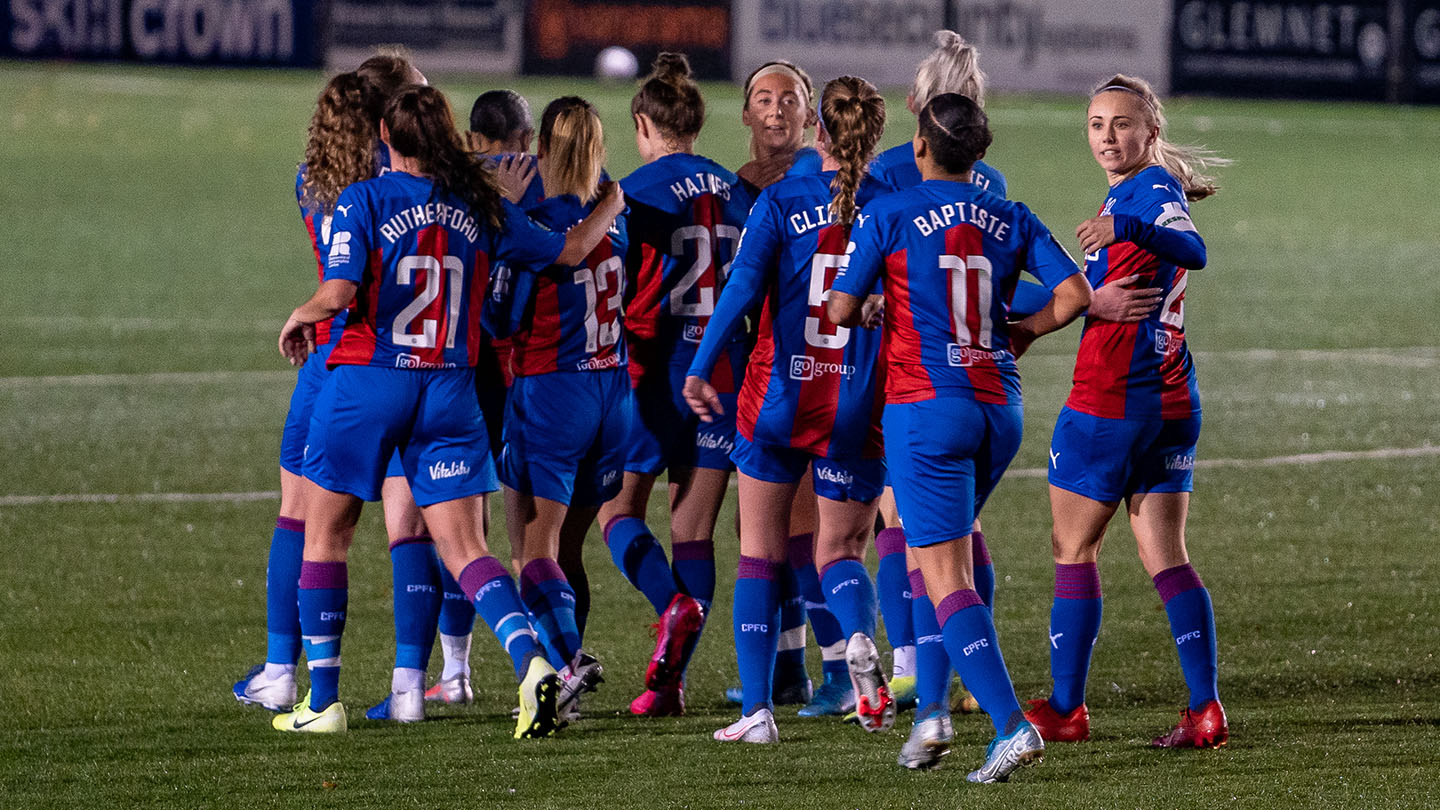 “Again, the response was amazing – I really wasn’t expecting that many people to get in touch. I saw there was 10, 15 or 20 people starting to message and say they would love a call.

“I can only do so much with the time I’ve got after training, matches and work, so I reached out to the team WhatsApp and said: ‘Girls, there are so many people out there, so many teams and women who would love a chat with the players just for a bit of a morale boost.’

“The girls were all so up for it – they absolutely jumped at the chance. Pretty much the entire squad signed up. I spoke with [Palace Women’s General Manager Paula Johnson] about putting a message out from Palace’s accounts and she was fantastic in setting it up.”

“I thought: ‘That sounds brilliant; why didn’t I think of that?!’,” Johnson explains, having organised the 40+ calls.

“We had some adult groups call in. Why shouldn’t they have a call with the professionals? They love playing their sport, they can speak to a professional player and the trials and tribulations aren’t going to be that different to what our players go through.”

Since arranging calls with players from junior teams up to over-30s, the Palace squad spoke at length about their on- and off-pitch careers, handling the strains of the pandemic and the importance of speaking with friends while staying indoors.

She explains why she signed-up for the initiative: “With the youngsters, it’s something to look forward to and to inspire them – they can reach their dreams of being a professional. There will be setbacks on the way but the key message is: don’t give up; if you see something, go and get it.

“Also if it helps with their mental health, that’s a massive part. Loads of people are struggling during lockdown without socialisation and activities outside of work and school. It’s something for them to look forward to and if it inspires them to go out for five or 10 minutes each day with a football, that’s something they can look forward to.

“For the older team, it’s more about mental health and socialising. They’re doing football to enjoy it at weekends, so can we take them away for an hour of their own time, like matches normally can… We’re still playing football and still have that in our lives but a lot of clubs don’t.”

As professional or semi-professional footballers, the Palace players are each highly active individuals who may have felt the sting of lockdown more keenly than many. However, Morgan says, because they’ve been able to see one another for training and matches, they’ve been well-supported and understand the benefits of regular communication now more than ever.

She also explains how personal experiences encouraged such widespread pick-up amongst the squad: “For me personally it’s quite difficult because I’m quite a social person – I love going out and seeing my friends and family. My nan is quite unwell at the moment, she’s 95, so it’s been difficult to not see her as much as I would have loved to.

“I know the girls are really struggling with that, because obviously the rules are very, very strict and we’re all protecting each other… It has been difficult but we all do appreciate that we get to see each other, get outside and have that distraction which is great… It can be difficult at times but we’re feeling quite thankful, really.”

With Palace Women regularly championing community causes and their players being vocal role models for important issues, Paula Johnson understands more than many the impact that sporting figures have on those around them.

It’s why the Eagles are prominent supporters of campaigns such as Kick It Out’s Take a Stand and the FA’s Heads Up.

“Some of those girls may not sit down on calls with their teammates,” Johnson says, “but because they’ve done it with a player, they might think: ‘I’ll phone up so-and-so on Friday night and we’ll have a chat because we can’t train… It’s just getting everyone chatting – we’re all in the same boat.”

“That’s not surprising at all – the parents are on the calls and they’re saying how difficult they’re finding it and that’s really quite heartbreaking. You’ve got this situation where young people want to go out, play sports and get involved in the community and they’re stopped from doing that.

“The fans and these girls and women come to our games and support us and it’s been a wonderful thing to be able to support them. It’s been great to be able to give that back.”

READ NEXT: Meet the Palace Women confronting the COVID-19 pandemic