Back Palace Women in Sunday's game with Coventry United

Supporters are encouraged to attend the clash to back the team during one of their most successful seasons so far.

Buy tickets for this game by clicking here.

It's great value down at Hayes Lane, especially if you're a Palace Season Ticket holder or Member, or looking to bring an under-16 with you. But please note, prices go up on the day, so it's best to buy in advance here.

Get your Sunday footballing fix 🤩

Come down to Hayes Lane to watch Palace take on Coventry in the Womens Championship ❗️#CPFC> pic.twitter.com/mKTiUe9LoW

Prices for over-65s are shown in brackets.

Children are encouraged to attend and under-16s go free! Youngsters can even interact with players post-match, getting autographs and catching up with the team, who are always happy to chat. 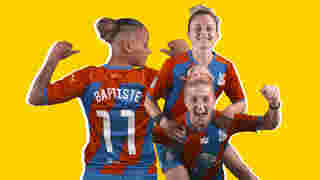 Going into the game this weekend, Coventry have been in relatively poor form, failing to record a win in five league games.

Palace have won two of their last five games after a sensational start to the season. However, Dean Davenport’s side will hope to continue their winning run after beating AFC Sunderland 1-0 last weekend.

Coventry sit bottom in the league table, with the Eagles up in fifth.

The Eagles managed to seal their first away win of the season the last time they faced Coventry in the Women’s Championship. The five-goal game saw both teams come close to the win, however goals from Kirsty Barton, Gracie Pearse and Shiv Wilson helped Palace cruise to three points.

Live coverage of the fixture will be shown on the FA Player. It’s free to sign up to and allows you to watch live matches and video on demand.