Paul Cleal remembers life as a Palace ball boy in vivid detail. He remembers the changing hut between the Main Stand and Whitehorse Lane. He remembers the green tracksuits, wooden stalls and pre-match tea. He remembers the “unbelievable excitement” of running to the centre circle before taking up positions at the edge of the pitch.

He remembers his Palace experiences as “always positive”, but also recalls having to escape from Millwall fans, being punched in the terraces and seeing National Front stalls on away days.

This understanding of football’s ability to inspire mixed with its stark reflection of society and the perils that accompany it go some way to explaining Cleal’s work today: using football as a force for good in its battle against racism.

Equality Advisor to the Premier League Board, Cleal is playing a key role in the recently launched No Room For Racism Action Plan, which outlines a series of commitments aimed at creating greater access to opportunities and career progression for Black, Asian and other minority ethnic groups in football, and actions to eradicate racial prejudice.

The plan is a wide-ranging project approved by all 20 top-flight clubs which, in Cleal’s words, “allows people to achieve their potential in an atmosphere that’s inclusive.”

“Football could be a leader in this and hopefully that’s where the current piece of work will take us,” Cleal tells cpfc.co.uk. “For me, as someone who was seen as a bit of an outsider because of my colour, had an absent African father growing up in Croydon and was one of five non-white kids in a class of 25 at primary school, being half-decent at football got me popular. People wanted me in their team.

“The thing is, parents might tell kids: ‘Don’t associate with so-and-so because he’s Black,’ but when it comes to who wants to win a game in the playground, it’s: ‘Well, I’d rather have him on my team, actually.’ Football was a great way to break down barriers.”

Born in Croydon in 1966, Cleal began life as a football fan when his neighbour Lee started taking him to Palace in 1974. His first game saw the south Londoners lose 4-1 to Chesterfield, but Cleal’s passion for the club never waned.

“My first real major memory at Palace was being a ball boy. That was such an exciting thing,” Cleal says, before explaining one of the brighter aforementioned memories.

“I had a bit of an altercation in my first match with the Grimsby goalkeeper. Palace were winning and it’s possible we were told to waste time near the end – I can’t confirm, obviously, but that might have been the case.

“The ball had gone out for their throw and come all the way down to my end. I basically got the ball and just stood. It was snowing and the ‘keeper ran out towards me, went to grab the ball and I instinctively took a step to my left. He fell over. The crowd absolutely loved it.” 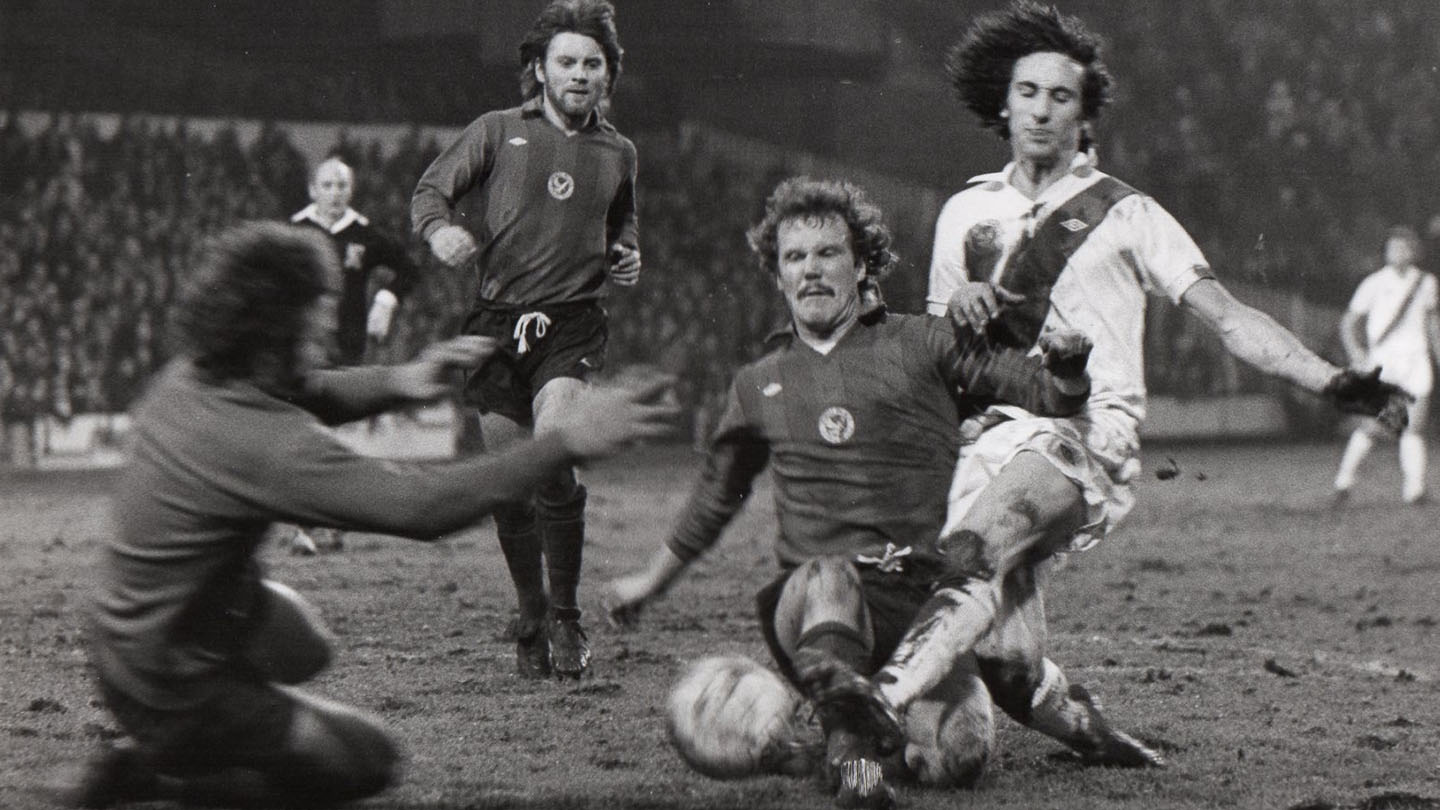 Life as a young fan of mixed heritage in 1970s football wasn’t always the rose-tinted era of cheap tickets, rattles and questionable haircuts, however. While Cleal cites his Palace fandom as a factor in his OBE-meriting career, he also understands football’s darker side – a side endured even on the Selhurst terraces.

“I remember on one occasion a bunch of Millwall fans got in the Holmesdale end and were being marched down the side of the pitch where I was ball boy. I was thinking: ‘Sod this,’ so I went straight on the pitch and stood next to the nearest Palace man, which happened to be Jim Cannon. I felt a lot more comfortable there… thinking: ‘I’d better stand here while this lot come past, especially with my colour and their reputation.’

“I remember going to certain games in the ‘80s and there would be people with stalls selling National Front gear: t-shirts, you name it. Lots of skin heads around. You had to be very careful.”

On another occasion, Cleal recalls being repeatedly punched in the back of the head. The attacks could only happen under the cover of celebration, so, each time Palace scored, Cleal would feel another hit. He was eight-years-old. “Of course,” he says today with half a smile, “the day we have someone like that at Palace we manage to win 3-0. How unlucky is that?

“In those days if you were non-white, you were chucked in as the same. It didn’t matter what shade of black you were, you were in the same at-risk category. You had to be quite careful and keep your eyes open.

“It stays with you… To feel conspicuous and for that to be a source of danger has a big impact on you. You do want to feel safe where you go but I loved football so much it wouldn’t put me off.”

Forging a career in corporate finance and human resources – through which he helped fund the Emirates stadium and acts as a non-executive director for Guy’s and St Thomas’ NHS Foundation Trust – Cleal has been able to blend his business acumen and innate knowledge of football fans to help develop the No Room For Racism Action Plan.

He explains that the two parts of his life – the fan and the professional – go hand in hand; one feeding the other.

“Those experiences [in football] are definitely formative and made me feel like people shouldn’t have to go through that,” he says. “I’ve had a successful career which has in many ways taken me away from those threats but I’ve never forgotten what it was like. It doesn’t bother me on a day to day basis – I don’t carry it around, but I do remember and know a lot of people live in a society where they do feel less welcome, under threat and have less opportunity. 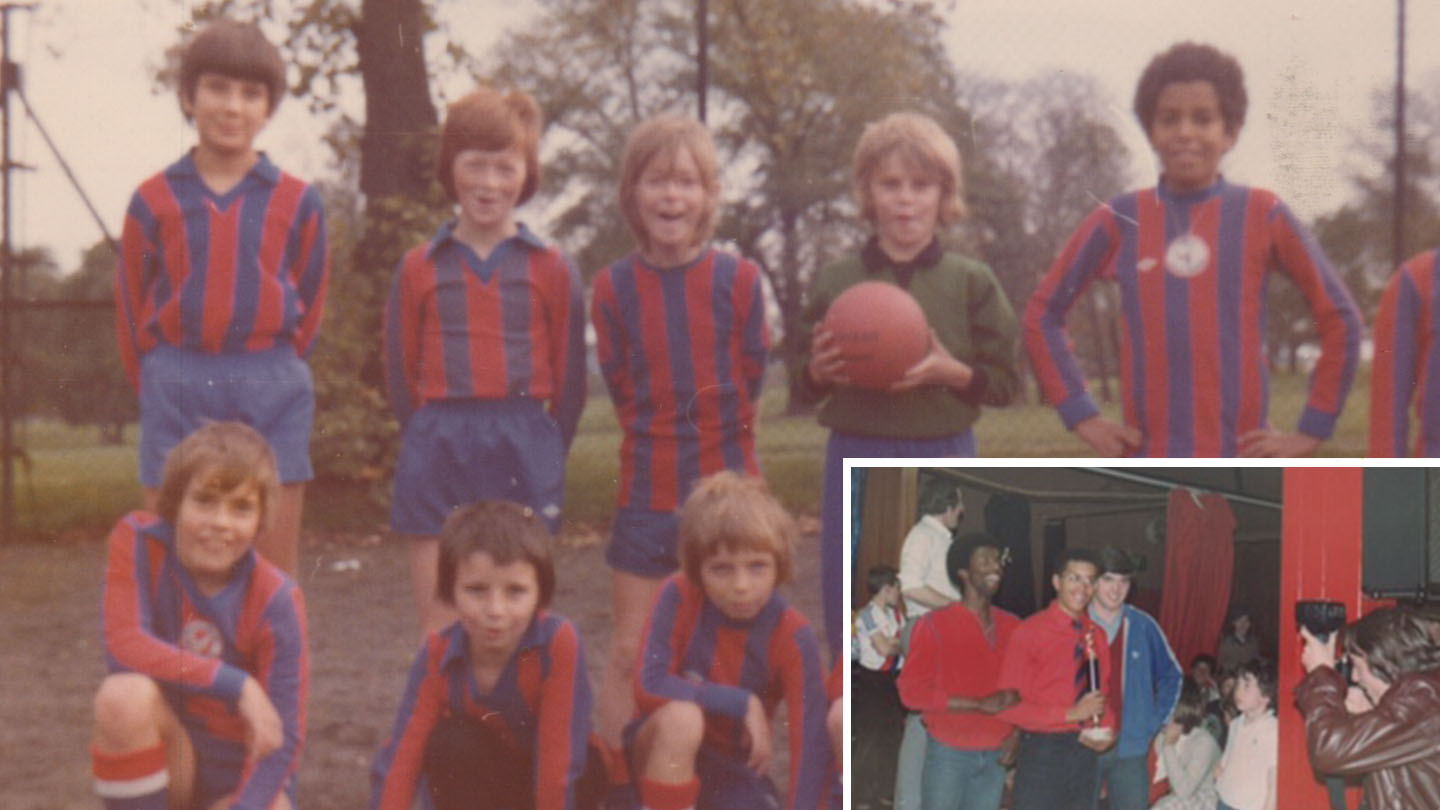 “I’m very much about promoting opportunity. Palace for me was always a positive experience that made a massive difference in my life. That’s one of the reasons I’m interested in the power of football to change society.

“All I’m asking for and all I ever wanted was to be treated with the same respect as everyone else – not more, just the same respect as everyone else. That’s where all the anti-racism stuff comes in. I’ve always wanted a fair crack of the whip – a fair chance of progression. A lot of Black former players will tell you they didn’t get that when they went into coaching and a lot since have decided not to bother trying.

“What we have now is a set of principles and a set of actions that we track to make sure we’re making things happen. But there is a lot of bigger stuff to come – this is sort of the end of the beginning.”

The plan was constructed in the months following summer 2020 – “the Black Lives Matter campaign and general concern in organisations about racism and lack of progression of Black people in particular” encouraging its development. It will be embedded across all Premier League activity, supporting the ongoing No Room For Racism initiative which, since 2019, has brought together the league’s work against racial discrimination.

Over half a year on from first being mooted, the plan has as much significance and poignancy today as ever, with the number of players reporting racist abuse increasing.

“Inevitably when you start asking for more fairness and less discrimination, no matter what happens sadly some people don’t like it and you get a bit of a backlash.

“I know players that tell me they get 100 banana emojis a day. And they can’t report everything, especially when Twitter tell you a banana emoji isn’t racist.

“Look at an area like south London, which has a lot of social issues, a lot of poverty, an incredibly diverse community – lots of people who’ve come here and brought their dreams here, as my father did in 1948 by boat from Africa to study as a doctor. People come here for all sorts of reasons and hopes and they’re the Palace fans of the future – they’ll be very diverse.

“We’ve got to think about the fan side of this as well – that’s all part of creating the inclusive environment and it’s a lot better at places like Palace than it has been and that’s something to be very proud of.

“The ability to get respect and progress your career and your life is what this plan is supporting.”

There are few fairer goals to aim for; proudly designed by one of our own, the No Room For Racism Action Plan and Paul Cleal have Crystal Palace’s full backing.

READ NEXT: Troy Townsend reflects on extent of homophobia and racism in football