January 23rd marks the anniversary of Ron Noades officially signing the deal which made him owner of Crystal Palace Football Club in 1981.

Noades would go on to lead the club for the following 17 years and, while there, would oversee the most successful season in Palace history.

But things didn't start so brightly when Noades arrived 40 years ago. The Eagles had recently been relegated from the First Division with the 'Team of the 80s' dream swiftly fading.

With some fans boycotting games after the unpopular decision, average crowd numbers at Selhurst dwindled to little over 10,000 and, by the mid-1980s, only 6,400 fans were turning up in SE25.

It was at this point, 1984, when Noades made perhaps his savviest decision at Palace while attending a Football Writers' Dinner. He employed Steve Coppell.

In his own words, Coppell remembers the moment to this day: "I retired in September [1983] and then I got the Palace job in May the following year. I actually went to live in Amsterdam for three months, just to get away from it all and try and decide what I wanted to do with the rest of my life.

"I remember I came back in April and met Ron for the first time at a Football Writers’ Dinner and he had just appointed Dave Bassett as manager. 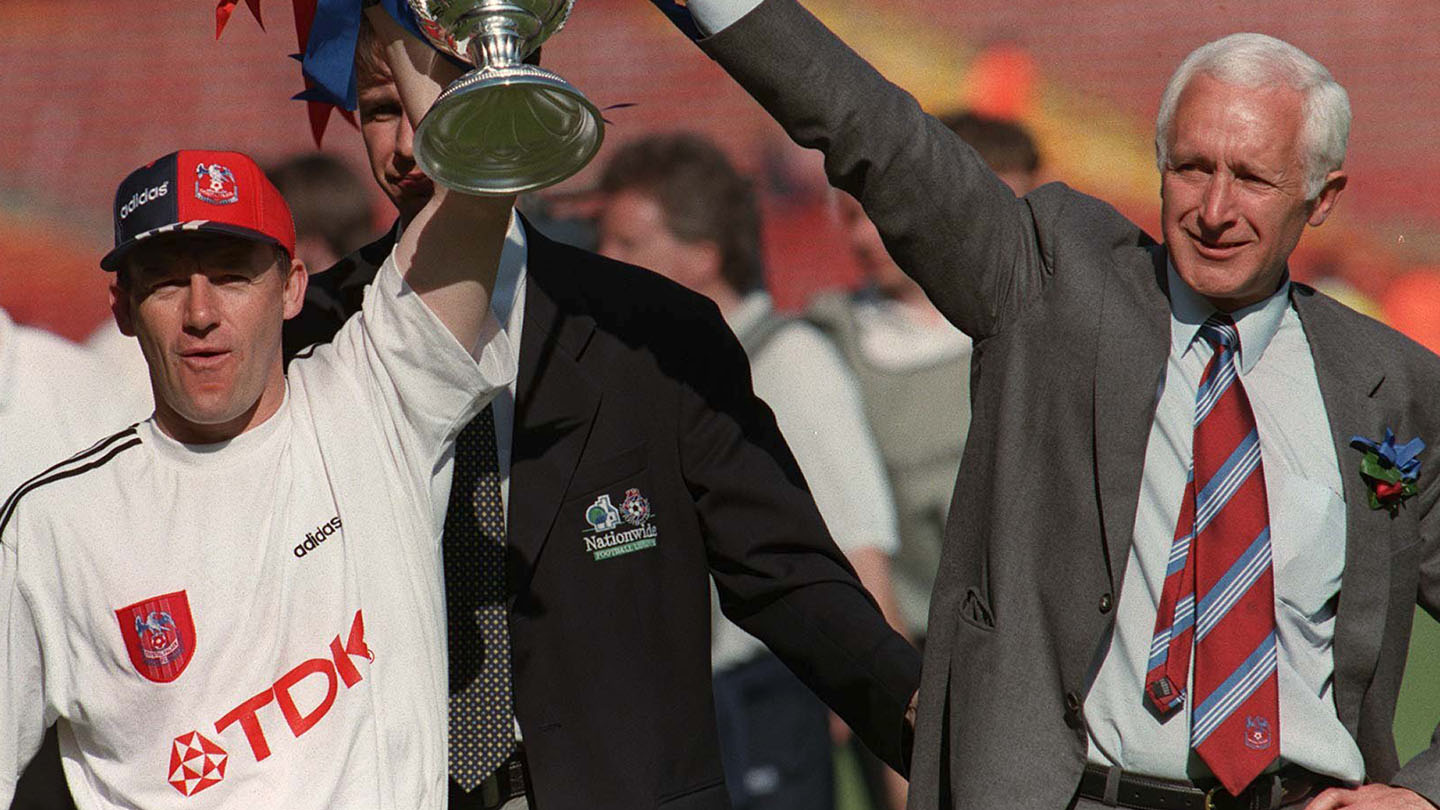 "I was in his company, I don’t know, for 10 minutes. Dave left after four or five days and I just said to my wife: ‘Ron Noades will give me a call, I know he will.’

"Lo and behold, a couple of days later, I got the call, came down to London and that was it. ‘Do you want to come down and have a look at what we’re doing? Obviously Dave’s left, I’m looking for somebody to come in and take over.’"

Over the following nine years, Coppell and Noades would build a squad that took Palace back to the top-flight, reached the 1990 FA Cup final, secured a third-place finish and won the 1991 Full Members' Cup.

This shrewd business moved Palace from being one-and-three-quarter million pounds in debt to being one of England's foremost clubs in less than a decade.

After being denied a European place in 1991, Palace lost many of their star players and were eventually relegated from the top-tier in 1993.

But Noades stayed on, developed the Holmesdale Road stand in 1995 and oversaw two further promotions.

His impact on guiding the club from where it was 40 years ago to the established Premier League outfit is today is undeniable, and his takeover catalysed some of the greatest moments in Palace history.

READ NEXT: How Coppell and Noades built Palace’s most successful squad