In summer 2019 the GMB Union reported that 710 council football pitches were closed between 2010-2019, almost 10% of the country’s then-total. Fifty-four of those closures came in London, and Aniefiok, or ‘Neef’, Ekpoudom is worried.

Neef is a culture journalist born in Lewisham and raised in Bromley. He “looks at unexplored pockets of Britain,” profiling various figures and documenting different parts of the country’s cultural landscape.

His roster of recent interviewees is striking – not least for its anchoring in south London: actor John Boyega (born in Camberwell) and rappers Krept and Konan (raised in Croydon), Giggs (Peckham), and Dave (born in Brixton, raised in Streatham) included.

While music provides the main focus to his work, Neef also has a deep-rooted passion for football, having played for Hillyfielders F.C. in Lewisham as a child and spent time at Selhurst Park as a school student.

In his essay and this interview he champions south London as a hotbed of talent, but makes clear the risks facing the next generation:

“Arsène Wenger said this maybe 10 years ago: he worries about the production of footballers in Britain because kids don’t have spaces to play on the streets anymore. The environments that made a [Wilfried] Zaha or made a Wayne Rooney in Liverpool, or wherever, are just not happening as much anymore.

“As London starts to change and gentrification is a big thing in a lot of these areas, I see and hear stories of places people used to play are now privately owned and you need to pay £5 each time.

“For a 14-year-old with six weeks' summer holiday in which you want to play football every day, having £5 to do that adds up and is expensive. That is a worry. Also as the cost of living continues to go up and house prices continue to go up, a lot of people move outside of south London. 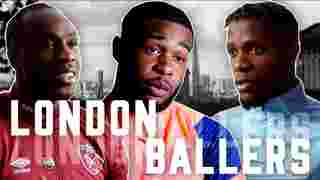 “I do worry that opportunity isn’t necessarily there. It’s not necessarily going to be there for the generations coming and growing up in London. I’ve seen it a lot with places like Elephant and Castle, you see how much it’s changed over the past 15, 20 years – or even more recent than that, five years.

“With a lot of these private investors and communities being torn down you lose community – and a lot of footballers are a product directly of their community.”

Neef’s concern is merited. He knows better than most how rich south London’s footballing output is and what it means for those players who don’t quite make it.

He recalls hearing names like John Bostock and Sean Scannell “buzzing around school” as they tore their way to professional football at an early age. He also recognises the significance of having figures like Ian Wright, newly inducted into the Premier League Hall of Fame, and David Rocastle grow up near his area.

But why does our half of the capital have such a historic footballing lineage? That’s the main question Neef’s trying to answer. He talks with enthusiasm and speed about the topic, leaping between points and linking them back together without pausing for breath.

The main factors he combines are migration and environment. 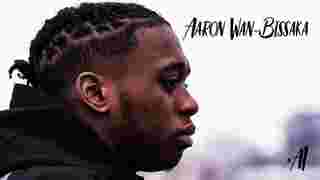 “This golden generation we see now, [Jadon] Sancho, [Ademola] Lookman, Reiss Nelson, Callum Hudson-Odoi, all of these players that came out of south, it wasn’t a coincidence.

“A mass of Africans moved into Lewisham, Bromley, Catford, Crystal Palace, Croydon, in the 80s and 90s… One thing I find interesting about migration is what you bring with you: you look at a Zaha… he might bring the west African flare he has but [it’s] really embedded with almost the foundations football is built on in Britain.

“He’s very tenacious, doesn’t take anything from anyone. You see that in certain players from south-east London who really represent that and you can see it in how they play too.”

Neef uses the example of admiring both Jay-Jay Okocha and Tony Adams while growing up, and now seeing players like Zaha who combine both the technical skill and physical grit of those players in one.

‘By many hands, a man is forged. The lone hero is a myth. We are all threads of something or someone else.’
https://t.co/1neT5HP8jL

He draws on another reason south London leads the way in British footballing ability: space. Palace in particular benefit from that, or more accurately not having it, in their touchline players: full-backs and wingers.

“Full-backs and wingers, where you’re operating in tight spaces, the technique has to be of a really high level, but it’s also balanced with physicality and a lot of the players you see have a really strong mentality.

“I don’t think that’s by accident, I think it’s a consequence of all those cultures living inside somebody, and it comes out in football.”

But space is getting tighter – almost too tight. Even for touchline players. As pitches continue to shut and the nature of south London changes, Neef remains worried.

“You speak to most footballers that emerged from the region, and most of it is they were playing in parks or cages and places that were free to have a kickabout for hours on end.

“People at the top level are failing to see the value of these spaces to kids and how they enrich someone’s life… what football does for a young life in general.”

Neef’s essay was extracted for the Guardian from the book A New Formation: How Black Footballers Shaped the Modern Game, edited by Calum Jacobs and published by Merky books on 21st April. Order it here.