The 2pm kick-off saw the clubs meet in controlled conditions, following the Premier League’s Return to Training protocol, as preparations for the top flight's return continue.

It was the first game against external opposition that Palace have played since defeating Watford 1-0 on 7th March.

Before the match, players from both sides spontaneously gathered for the group photograph below, wearing 'We Stand Together' t-shirts distributed by the hosts. Roy Hodgson also held a shirt in support.

This follows the Premier League's recent announcement that players will support Black Lives Matter and the NHS on their shirts in the opening round of top flight fixtures. 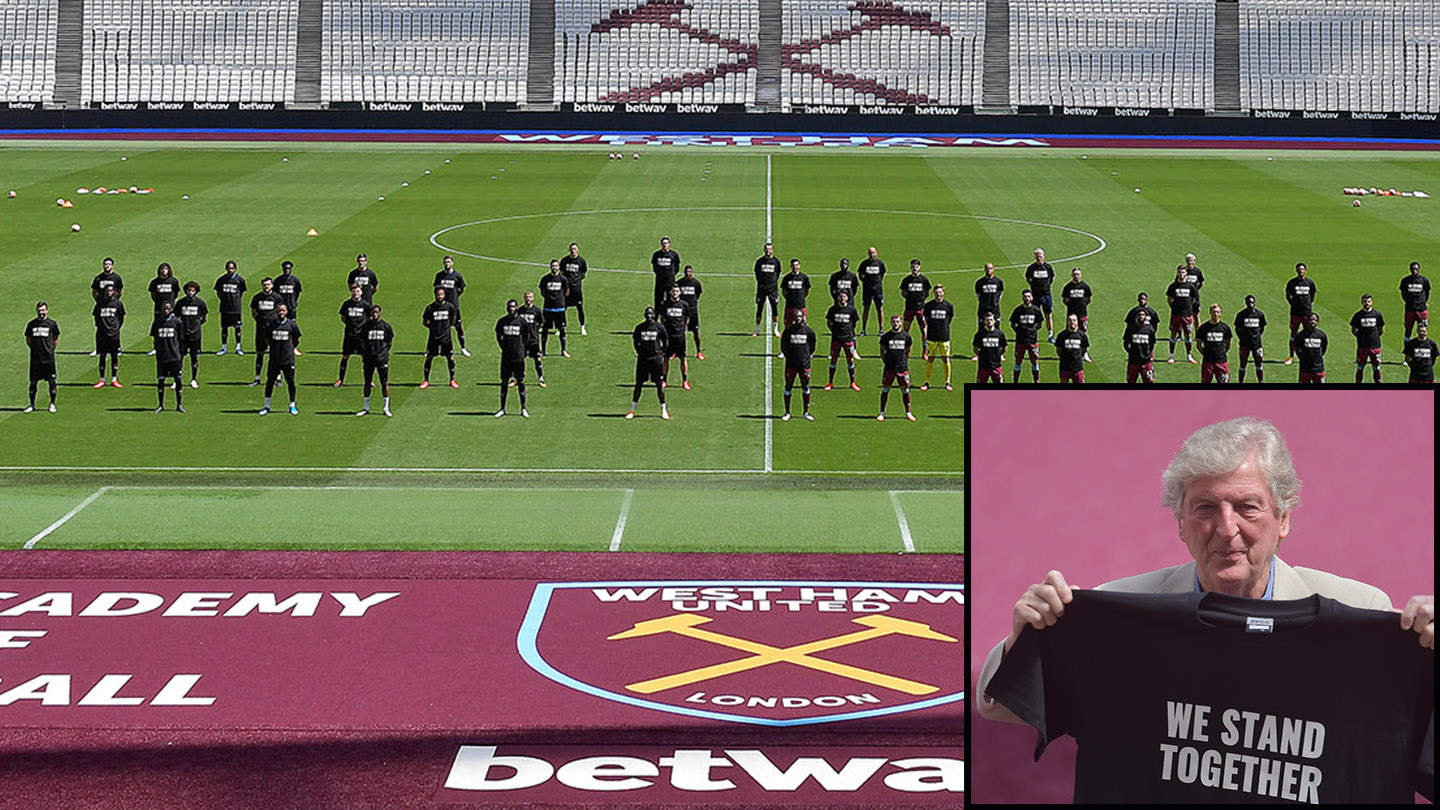 Palace will resume their campaign with a clash against AFC Bournemouth next Saturday (20th June).

West Ham photographer Arfa Griffiths was on-hand to capture the match and you can see their shots in the gallery above.