Eze reveals how Bolasie and Zaha inspired him

Eberechi Eze put pen to paper in a five-year deal with Crystal Palace today, and, as the ink dried, he spoke with Palace TV about his career so far, being a proud south Londoner and how two iconic Palace names inspired his earlier years.

“I’m delighted, man,” he smiled, as cameras focused on the 22-year-old talent. “It’s been a long process but I’m just happy to have it over and done with.”

The length of Eze’s deal is a clear commitment to the future between club and player. A full term would see him move from a glistening starlet to being at the peak of his career, and the Greenwich-born midfielder is well aware of its significance.

“[The deal] definitely shows their [Palace’s] belief in me - and I want to be here, I want to play, I want to do as well as I can for this club and it’s a brilliant opportunity. 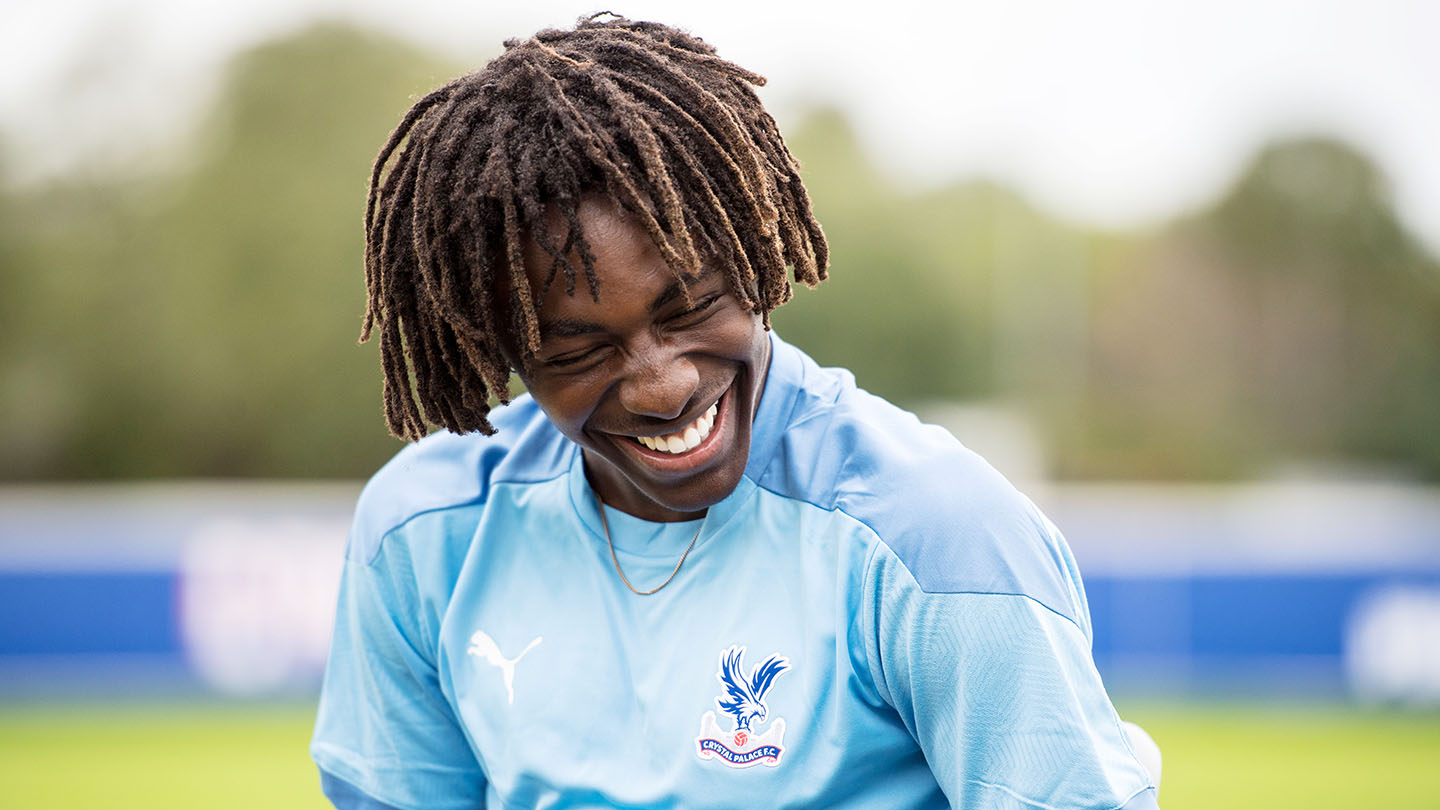 Beyond ideological alignment, faith and a step into the top-tier, Eze found an attraction to Palace in his background. Born and raised in south London, less than 10-miles from Selhurst Park, starting his time in SE25 meant the 22-year-old could move closer to his roots while at south London’s biggest club.

“It’s perfect,” he said. “It’s great to be back in south London, local, and around my family.”

As it has for so many of this generation’s brightest footballers – Wilfried Zaha included – south London has shaped Eze, with his early years in the capital’s footballing cages defining the professional player he is today.

He explained: “I think any boy in London knows cage football is where you learn most of your football. That shaped me, it’s where skilful players thrive and learn what they can do. I try my best to take it onto the pitch, impress the fans and entertain.”

Highly talented with the ball at his feet and tough for the opposition to pin-down, Eze’s football mirrors that espoused by many of Palace’s greatest names. And, it transpires, two of the Eagles’ more recent stars also played a hand in forming the attacker today.

“I remember watching [Yannick] Bolasie and Zaha in the Championship and just thinking: ‘That’s where you want to be, that’s the goal,’” Eze said. “It’s a great opportunity for me to come and show what I’m about, and to follow in their steps.”

Finally, Palace TV asked Eze to look to his future, and explain his ambitions at Crystal Palace in the coming weeks, and even years:

“I hope to see you [the fans] as soon as we can. I hope to entertain you and I hope you guys enjoy me as much as I’ll enjoy you.”