Roy Hodgson found another angle with which to praise in-form forward Jordan Ayew this week, pulling out a unique stat perhaps overlooked by the wider footballing world.

"In many ways, he is a phenomenon," Hodgson said. "Since he came to us, which is now virtually two seasons ago, he’s been available for every game. Now that’s amazing. I know he’s always there, he always seems to be around but I didn’t know the actual statistic.

"One can’t speak highly enough of a player like that. The mere fact that he’s been there through the two seasons we’ve done quite well... his contribution has been enormous. This season, you could argue, it’s been greater than it was last season because he’s scored some goals."

Speaking with Premier League Productions this week, Ayew reciprocated Hodgson's praise by explaining how the manager has been for him as a player.

"People think he’s an old school manager," Ayew said, "but my first season, I really, really enjoyed it and really, really learned a lot. That’s why I wanted to continue with the football club.

"He has made me improve in so many aspects and I’m really, really happy under him. I think the whole squad and football club is happy to have him at Crystal Palace. He’s just a fantastic manager, a great manager; a great, great manager. He has helped me so much and deserves all the praise. 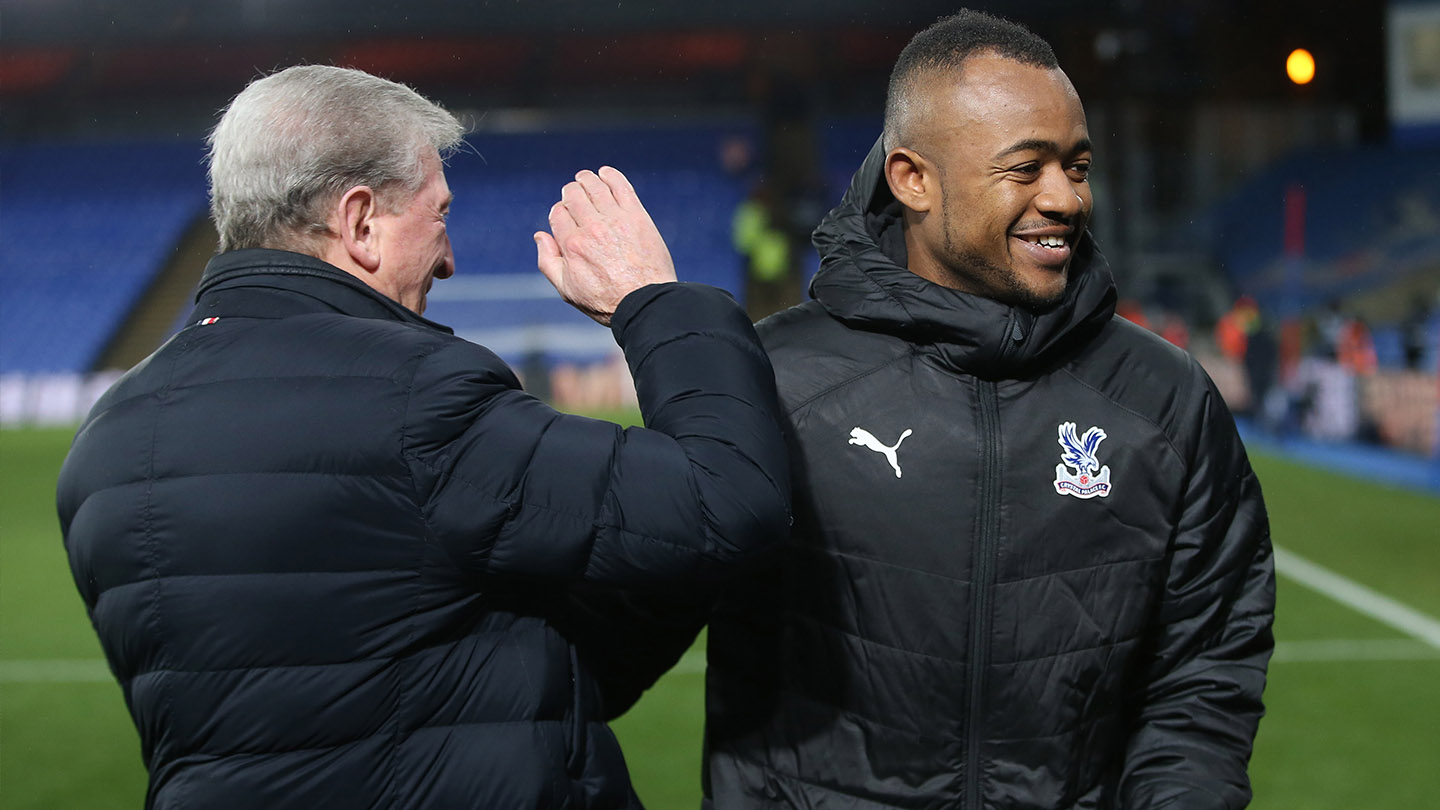 "He’s very organised, honest, he communicates well and, obviously, with me he’s been so good to me that I owe him a lot. I need to keep doing the job on the pitch and that’s the only way I can say thank you to him."

Ayew also turned his attention to the other factors persuading him to put pen to paper in a permanent contract after his loan spell last season.

He revealed: "The first season wasn’t great but in the dressing room, in the building, the people were really, really good to me and so I really wanted to stay. My family were happy as well in London, so everything was good. On the football side, it was a bit difficult but I had confidence in myself that I could make it.

"Thanks to the football club, the manager, the Chairman, Dougie [Freedman], the staff, I think they all had faith in me and that’s why they signed me. That’s why things have changed. I’ve tried to do my best every time and when you work hard you get rewarded.

"I’ve changed a lot of things: my attitude, my desire to succeed, a bit of luck. When you work hard, you provoke the luck. I just wanted to do well this season; I came with big ambitions and things have changed but there’s still room for improvement."

You can hear more from Ayew by watching his interview here!

READ NEXT: Milivojevic nominated for PL's Goal of the Month award - help him win!