Palace captain Luka Milivojevic has heaped praise on both managers who will line up in the Selhurst Park dugouts tomorrow, having experienced the stewardship of both Roy Hodgson and Marco Silva, and predicts a typically challenging encounter for the opening Premier League match of the 2019/20 season.

Milivojevic played under current Toffees boss Marco Silva whilst at Olympiacos, with the Portuguese manager enjoying an impressive 79% win rate during a sole season managing the Greek giants in 2015/16.

Indeed, the midfielder is expecting a tricky opening encounter against the Merseysiders, saying: “They have good squad, a very good manager who I’ve worked with in my past. I expect a tough game against a very good opponent. It’s not easy – especially against Everton who could finish top six this season.

“I know the mentality of the manager – which is great for football players to work with him. But on the other side, we know their weaknesses which we’re going to try to use.  I expect a tough game – they are a good side, with a good manager – but every single game is different.  We are going to try in front of our fans to do our best, to get some points.”

On Silva, the Serbian has been impressed with his former manager’s approach since he took the job at Everton – where his record stands at a relatively modest 17 wins from 42 matches, saying: “I think he changed the philosophy of the club – they play different football, very offensive football – they love to press, they love to have possession.”

Asked to compare styles of Hodgson and Silva, Milivojevic chose his words carefully – offering thoughtfully, “I’m so happy with Roy, with my manager. I had some great moments with Marco in my past too.

“Roy is a very experienced manager on one side – he loves to play on results. He uses his team to get as many points as he can get from every single game. Roy tries to adapt to the opponents to get the points. 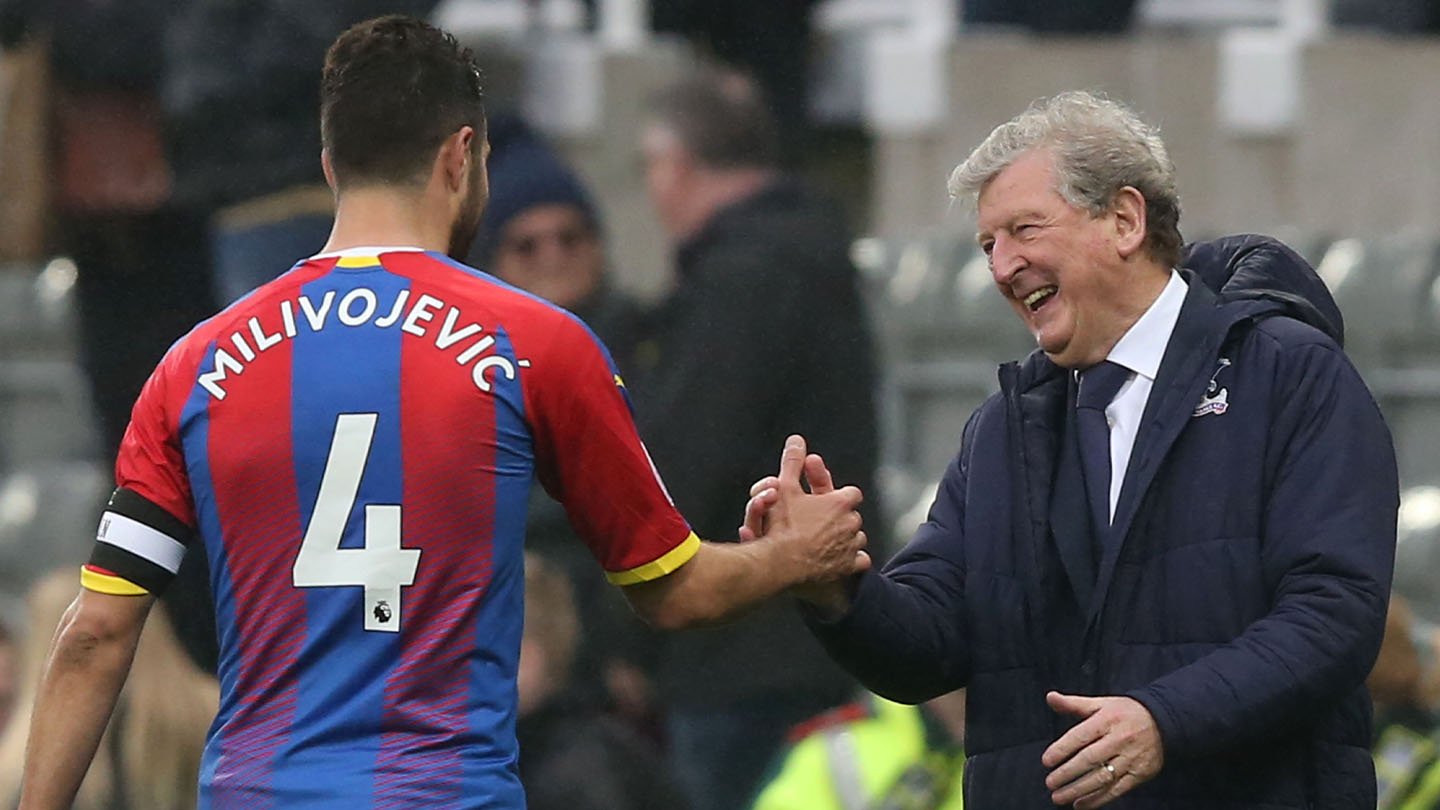 “Marco Silva has one kind of philosophy. He tries to use that philosophy in every single game – he doesn’t love to change, to adapt to the opponent.  He has his philosophy and plays his way – the same."

Hodgson and Silva have sat in the opposite dugout on three occasions - with the spoils shared - a win, a draw and a loss for each of their teams. Whilst it is a futile exercise to compare the managers on purely statistical evidence, the two gentlemen share remarkably similar numbers when looking at points per Premier League game, with the veteran manager yielding an average of 1.29 points per game (from 288 games) and Silva standing at 1.26 (from 80).