Malachi Boateng named Crystal Palace Under-23 Player of the Season

After picking up last season’s Under-18 award, Malachi Boateng has now added the Crystal Palace Under-23 Player of the 2019/20 Season trophy to his collection.

Boateng, who made 22 appearances for the Eagles in 19/20, was selected by coach Shaun Derry for the award because "every day he turns up for training - in terms of he turns up as the best pro he could be.

"This young player has brought so many highs to this training group; he is a pleasure to work alongside. Hopefully he can develop more and more as the years go by and we can hear a lot more about him."

Boateng has been a regular amongst the first-team training group, too, and will no doubt have learnt a lot from playing so closely with the likes of Luka Milivojević, Cheikhou Kouyaté and James McCarthy, with Derry describing the standout player from the Under-23s as:

"A midfielder who has so many strings to his bow... He shows aggression, he shows quality on the ball, he can get around the pitch – wins the second ball and can dictate play.

Derry’s description of the promising central midfielder is one that will please Boateng, with the Under-23 Player of the Season revealing the aspects of his game that he has worked on to Palace TV in the broadcast show of tonight's awards:

"My aggression has improved, my second ball – as Shaun was saying earlier – and I think also my shooting as well. 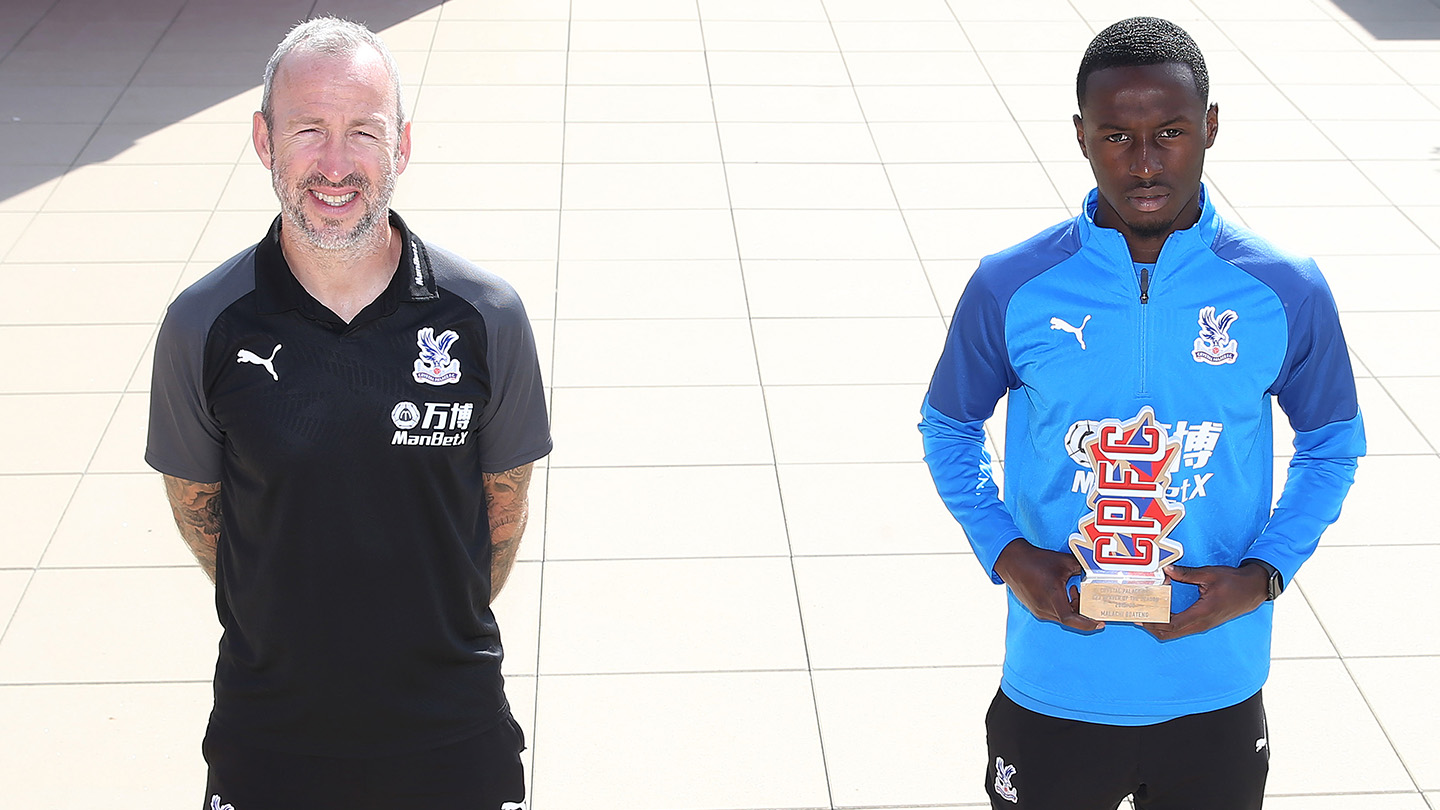 "I think I’m someone who can pass the ball well, lead the group as well; I like to talk to players."

A vocal and physical presence in the middle of the park is what Palace’s Academy teams will require next season, with the club making the exciting step to Category 1 football.

And Boateng is excited for what that might bring: "It’s a big step for us playing the teams like the Chelseas, the Tottenhams and the Arsenals," he said. "I think it is really going to help us as a team get better and the club as a whole."