The young full-back has had a landmark personal season, making his first-team debut and then first senior start in the FA Cup against Hartlepool United and Stoke City respectively.

He earned his international nod as the seventh player in Palace's Academy system. 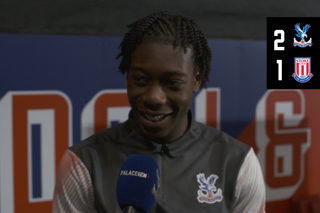 Having succesfully graduated to the Under-23s this season, Jack Wells-Morrison travels with England Under-18s for friendlies against Sweden and Denmark at the end of the month.

Wells-Morrison is not the only Palace youngster to represent the young Lions, with Jesurun Rak-Sakyi and Luke Plange called up to represent England at Under-20s level this month.

Development forward Rak-Sakyi and January signing Plange - who is currently back on loan at Derby County - are part of the squad to take on Poland and Germany.

Rak-Sakyi has been impressing for Paddy McCarthy's Under-23s side this season, scoring 15 times in 21 games and winning the Premier League 2 Player of the Month award for February.

Meanwhile Plange, who signed for Palace in the winter transfer window but returned to finish the season at Derby County, has scored three times in nine Championship appearances since breaking into the first-team.

The call-ups are the latest recognition of Palace's Academy talent at international level, with Scott Banks being called up to represent Scotland Under-21s and Killian Phillips and Jake O'Brien joining up with the Republic of Ireland at Under-21s level.

Phillips' step up came as one of three Ireland U20s to be moved into the Under-21s on Thursday.

Keep track of all the latest call-ups here, and follow all the fixtures and results below.